The Dirty Little Secret About The Ryder Cup 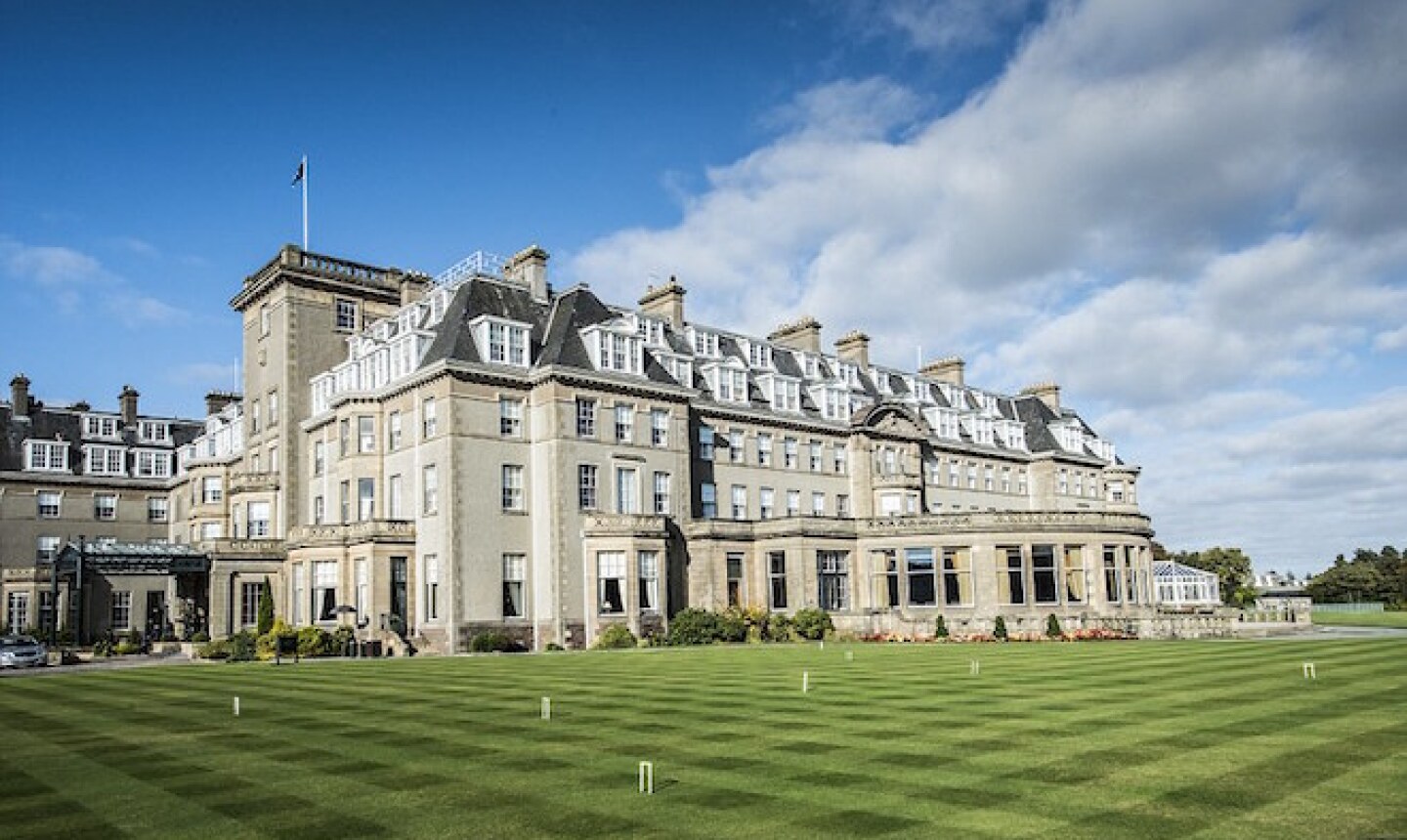 If you're getting ready to spend a bunch of hours watching the Ryder Cup like I will be, you might be reflecting back on the 2014 edition at Gleneagles in Scotland.

(And if not, you're certainly going to be seeing plenty of replays from two years ago.)

Unlike Hazeltine (where you must know a member and be invited to play as a guest), you can play the most recent European host venue for this big-time international event.

In fact, in the UK and Ireland, you can play virtually all of the courses that have hosted it.

But there's a dirty little secret nobody ever talks about on TV (or anywhere else for that matter).

And it's something you must know if you have any plans on playing across the pond.

If you just want the secret, here it is:

At certain Ryder Cup courses in the British Isles and Ireland, the playing experience is more "American" than British, Scottish or Irish.

Let's take a look at the last four Europe-hosted Ryder Cups at Gleneagles in Scotland, Celtic Manor in Wales, the K Club in Ireland, and the Belfry in England.

Now, if you’re at all familiar with these destinations, you know they’re famous for...

But these last few Ryder Cup courses in Europe couldn’t have been further from links golf.

You can see from the picture above that no one in their right golfing mind would ever confuse Gleneagles' PGA Centenary Course with a links, for which Scotland--nay, the whole of Great Britain and Ireland--is so well beloved of golfers.

Now check out the pic below:

In Gleneagles' case, you'd be best off playing their other two courses, the King's and Queen's Courses. Now there are two layouts that will give you a more authentic Scottish golf experience, even if the resort is a bit inland.

And the two European Ryder Cup sites before that, Celtic Manor in Wales and the K Club in Ireland?

Of their combined 36 holes, 23 have water in play.

Not exactly "linksy," if you ask me.

This is "the dirty little secret" about some of the UK and Ireland's Ryder Cup sites.

Does it mean these resorts are bad? That their golf courses are bad?

The point I'm making is this: if you go to any of these resorts looking for a "British Isles and Ireland golf experience," you should play their other courses instead of their "Ryder Cup Course."

And given the Americanness of these recent European Ryder Cup sites, wouldn't you think Team USA would play a little better?!

Best 36 holes of links in South West England is definitely Saunton GC both East and West. Good enough to host an Open, however no rad infrastructure the main reason why it has not.

This is a rather poor article. What arrogance to suggest that any golf course which isn't a links is American ! What ignorance to suggest that anyone planning a golf trip to the British Isles should plan only on Links courses to get a British experience. There are hundreds of good golf courses of differing types and that variety should be valued. Its also true that there are some links courses in the USA too -one of my favourites is Spanish Bay at Pebble Beach.

I played two of the courses mentioned....Gleneagles Kings and the K Club. Both are more like American courses. Good but hardly links in any sense. I will also agree with the Irishman's comment about Lahinch...a great links course. Play it if you possibly can.

These comments will also always have a snarky comment from a Brit about how they have dominated the Ryder Cup. "They" haven't. Before all of Europe made up their team, the US dominated the UK.

IMHO, the Cup should be played on a links course when it's in the UK and an American style layout when in the US. Americans can certainly play links courses. A cursory look at the last 30 or so winners of the Open Championship proves that.

So we are mostly in agreement then guys. It's a questionable article with a crappy headline.

good observation but no secret at all. need to check out Ryder cup course/venue selection criteria but clearly a committee decision based on numerous factors with logistics and accessibility along with some input from influential player members of the European tour at the time in the mix.
Would like to see more tradition adopted and some of the renowned Open circuit links venues of past and present in with a shout although not always favoured by all the Pros or pragmatic in terms of facilities infrastructure required to successfully managing a tournament of this stature .

Not true of some of the older Ryder cup courses though - Ganton for example. It would be well worth playing all the home courses prior to about 1970 for a proper Britain and Ireland experience, though none of them are links courses.

As a European and long time golfer I lived in the British Isles for many years. If you want traditional golf you must visit the birthplace of the oldest major in the world "Prestwick" Although the course has lost some holes it is probably the best historic experience you ever have together with the old course of St Andrews.
Further just go to any Scottish, Irish or English course that is on the coastland - linksland and has not been build recently. You find it entralling and a lovey way to find golf as it used to be.

Just returned from a golf excursion in C. Kerry. Couldn't agree more with the many comments herein. Same old story. If you want to find the best secrets in golf you have to get off the beaten track regardless of where you are in the UK or Ireland. Adding to courses named, definitely include: Tralee, Waterville &amp; Dooks in Kerry. Where the old game was really meant to be played.

Once you have played links golf on the west coast of Ireland you'll have a hard time playing parkland courses again. If you are going to Ireland skip the Ballybunnions and Lahinch and play courses like Connemara, Carne and Enniscrone - - just as good and one third the price. If you're on the west coast of the US don't miss Bandon Dunes.

By Jason Scott Deegan
Read More
Load More
Popular
Padraig Harrington's thoughtful, unassuming tournament dispatches are a Cool Golf Thing
A hole-by-hole tour of Torrey Pines South, the 2021 U.S. Open host
Strokes Gained isn't just a stat for the pros anymore. Here's why and how you can use it in your game
Golf travel's greatest debates
Editorial Staff

Kira K. Dixon
Lifestyle Correspondent
Now Reading
The Dirty Little Secret About The Ryder Cup
New Cookie Policy
WE AND OUR PARTNERS USE COOKIES ON THIS SITE TO IMPROVE OUR SERVICE, PERFORM ANALYTICS, PERSONALIZE ADVERTISING, MEASURE ADVERTISING PERFORMANCE, AND REMEMBER WEBSITE PREFERENCES. BY USING THE SITE, YOU CONSENT TO THESE COOKIES. FOR MORE INFORMATION ON COOKIES INCLUDING HOW TO MANAGE YOUR CONSENT VISIT OUR COOKIE POLICY.
CONTINUE
Search Near Me