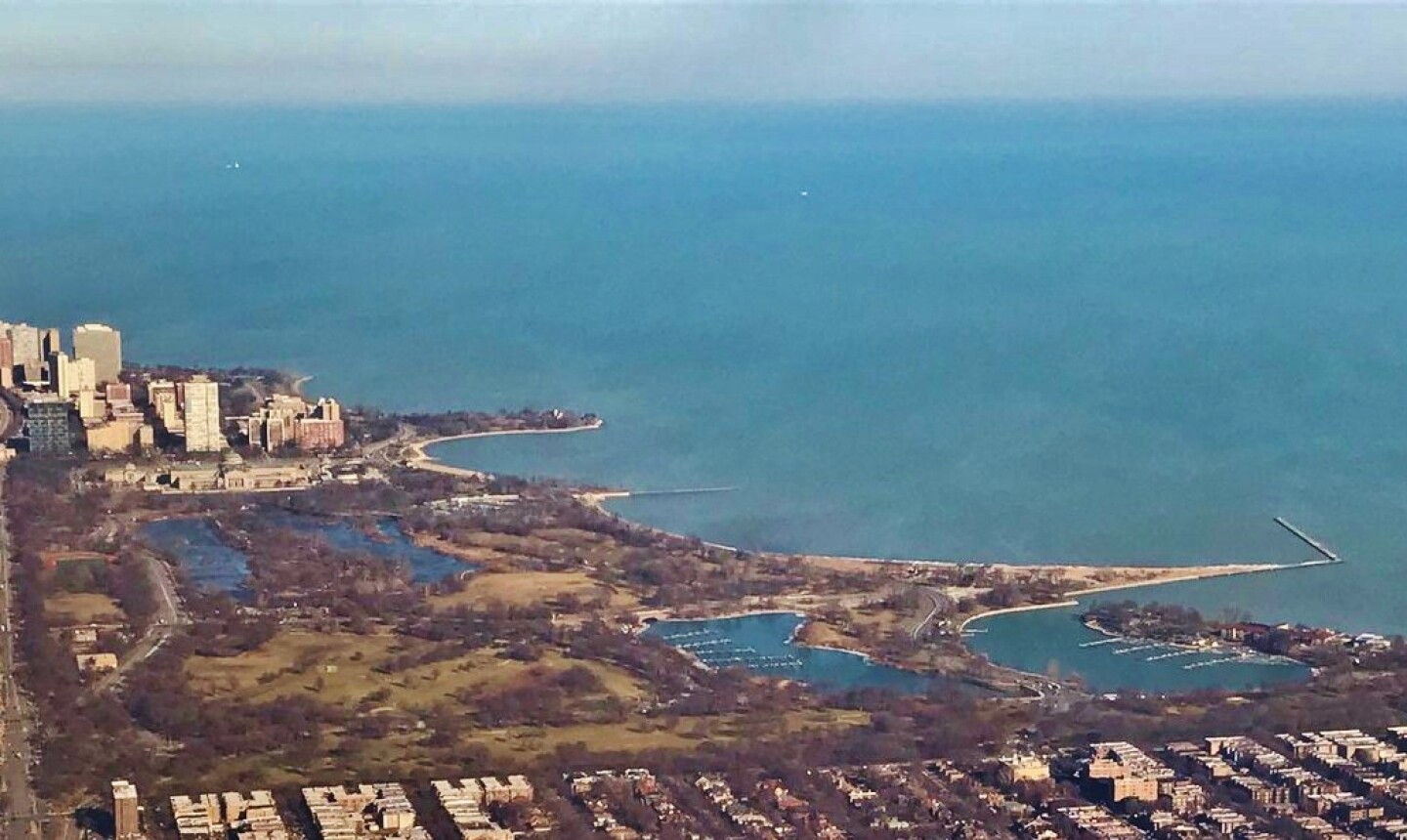 Jackson Park from the air. Courtesy of the Chicago Parks Golf Alliance 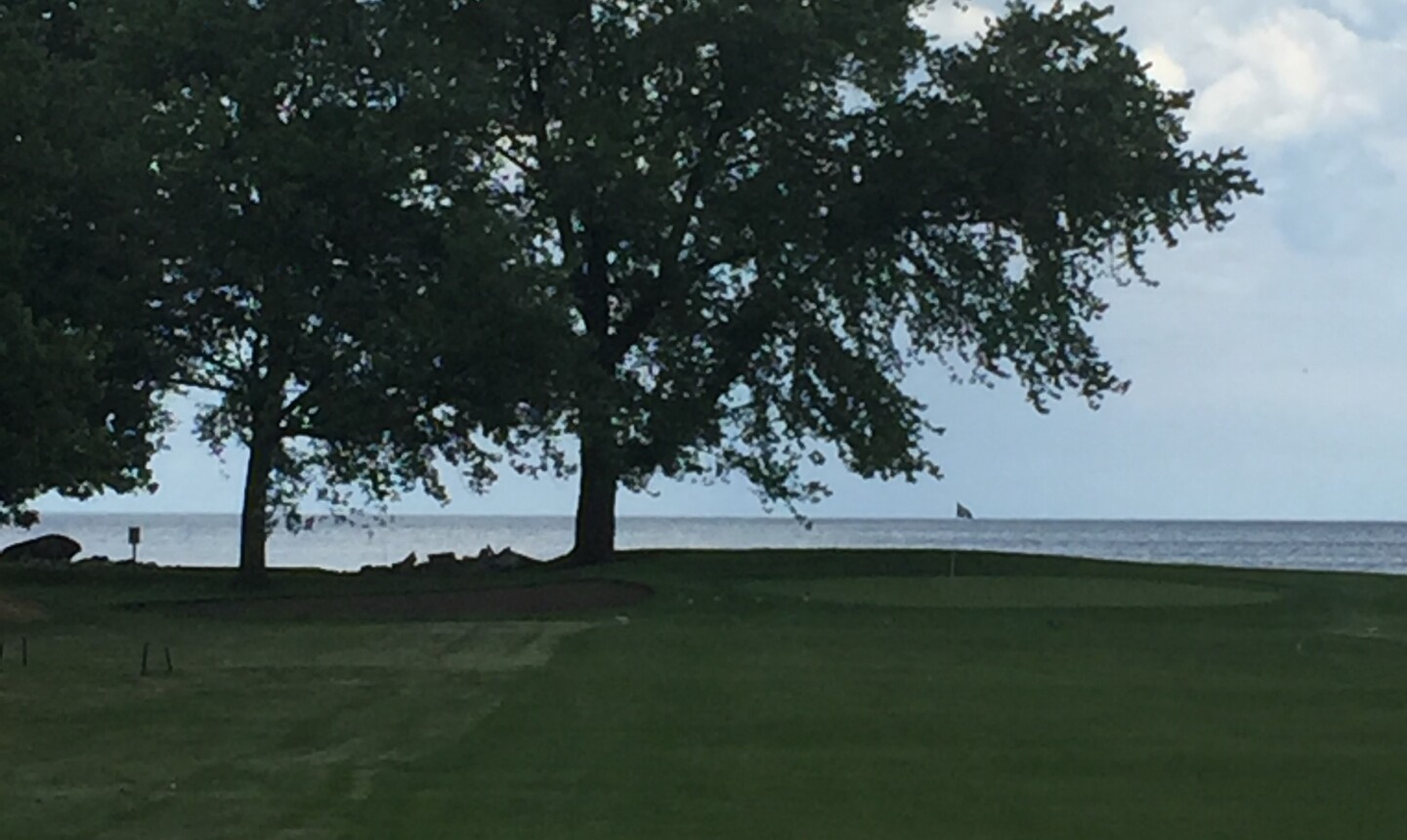 The view of Lake Michigan from the 14th fairway at Jackson Park Golf Club in Chicago. Courtesy of the Chicago Parks Golf Alliance 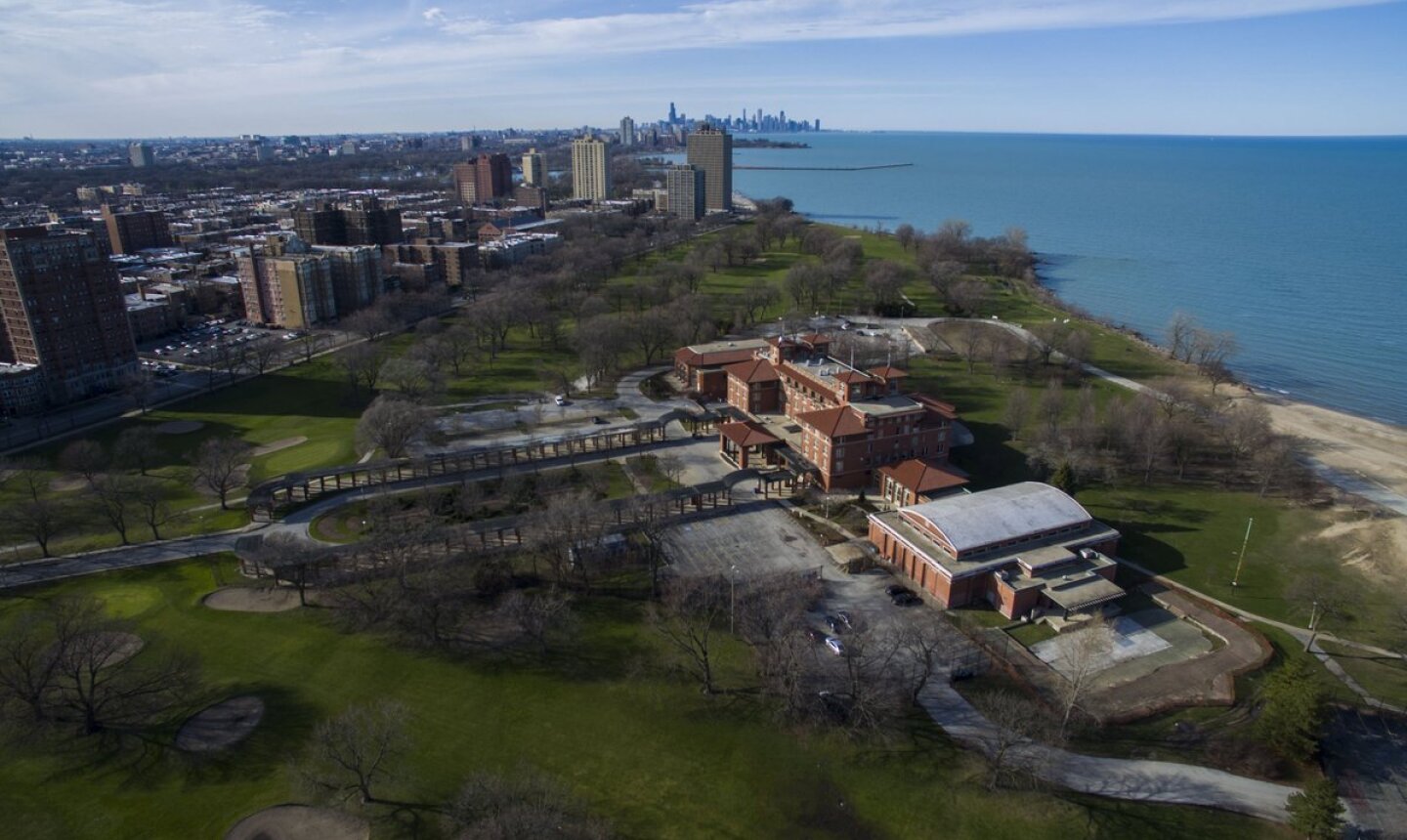 An aerial view of the nine-hole South Shores course. Courtesy of the Chicago Parks Golf Alliance 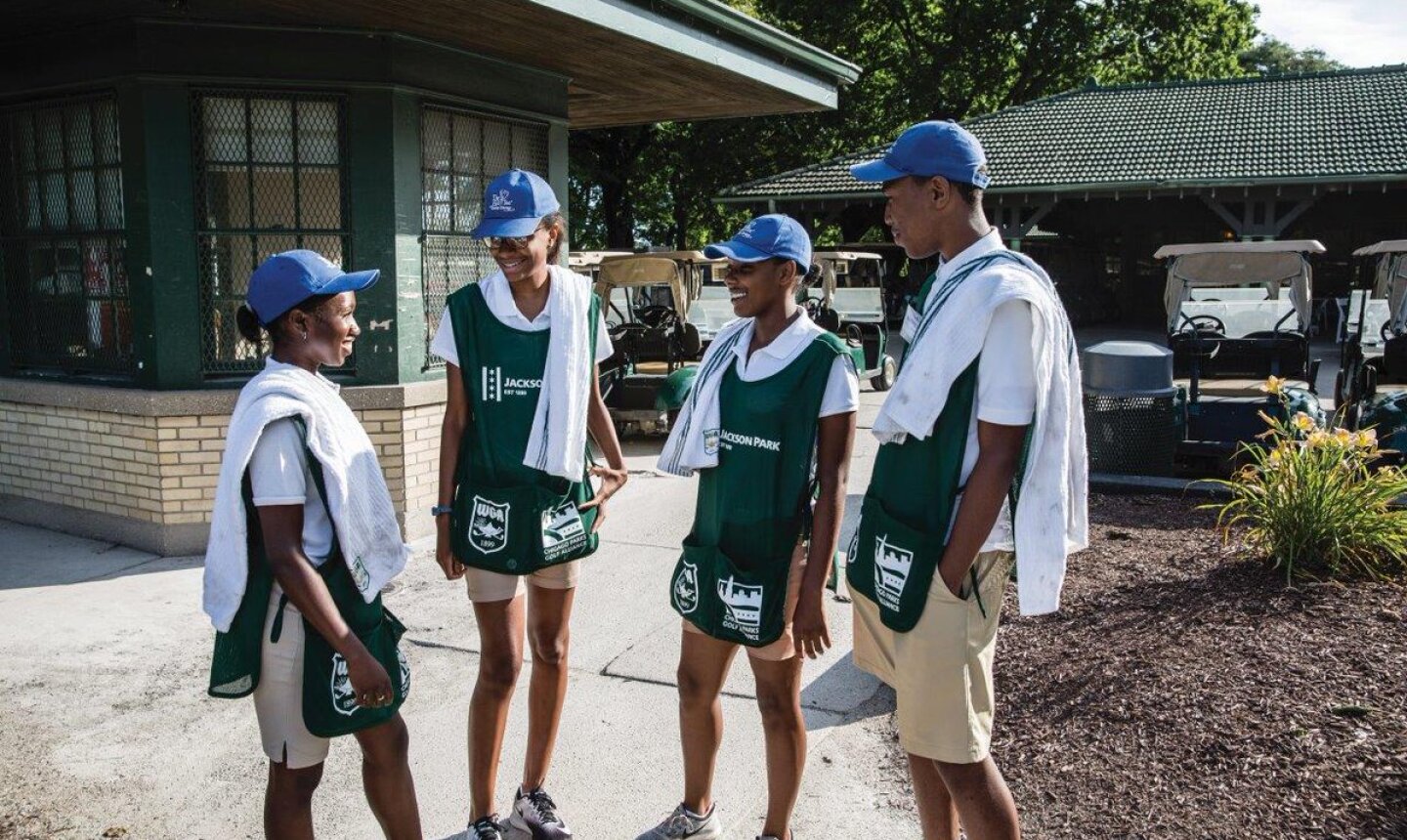 Yes, the plans to revitalize Jackson Park along Lake Michigan on Chicago's South Side are grandiose. And, in legalese, that means years, not months, of discussion, planning and construction.

In that vein, this link will be live throughout the entire process. Keep it bookmarked, and as news breaks, check back regularly for updated information.

Jackson Park's future has been, for the most part, on hold since this article was published in 2018. The consensus is the project can't move forward until the Obama Presidential Center does. The center has been involved in a legal tussle, according to the Chicago Tribune, against critics who don't want to see the historic park altered. Just last week, the Chicago Sun-Times reported that the lawsuit seeking to block construction lost its appeal in Federal Court. The latest article from the Sun-Times in August 2021 notes that the course is still "stuck in the rough".

Woods talked about the state of the project after his four rounds at the 2020 BMW Championship.

When asked about the potential impact on minorities, summer jobs and caddying, he added: "The whole idea was to bring the community together and have something that the community would be very proud of. Obviously we're trying to make that happen as fast as we can."

In this past interview, Woods spoke about the project during The Masters in April 2018.

To outsiders, the plans for Woods to transform the Jackson Park Golf Club and nearby nine-hole South Shore Golf Course into an 18-hole championship course worthy of major events seem to be mired in political bureaucracy. To insiders like Brian Hogan - a local attorney who co-founded the Chicago Parks Golf Alliance with NBC Sports announcer Mark Rolfing to raise funds for the project - momentum is moving in the right direction. Rolfing spoke with Woods about the project in May 2018 after seeing him at the Tiger Jam in Las Vegas.

Size of Tiger's smile speaks volumes. Great visit to @tgrdesignbytw office talking about achievements of Tiger Jam for @TGRFound and @ChiGolfAlliance, which he described as "a once in a lifetime opportunity to design a public course in Chicago." pic.twitter.com/ClbaoI3Z8G

"We believe this is the right thing to do, in terms of recreation, aesthetics and economics, so let's take our time and make sure we do it right," Hogan said. "Combined with the Obama Presidential Center, this is a monumental opportunity."

"I've never seen him more excited for a golf course," Welling said. "I think Tiger set out (in design) to be involved in meaningful golf projects. I can't remember a project, or know one, that has as much potential as this one does."

"When @TigerWoods first got involved in golf course design, he was very clear he wanted to be involved special, meaningful projects. I don't know of a golf project that could be more meaningful." -@beauwelling of @tgrdesignbytw describing @ChiGolfAlliance https://t.co/EPSZDfhHt9

On April 11, 2018, the Chicago Park District’s Board of Commissioners voted unanimously to approve the full South Lakefront Framework Plan - launched in June 2016 to comprehensively review proposals for the Obama Presidential Center, golf course and all surrounding park features. Although it passed as expected, there's still much work to be done behind the scenes before any shovels hit the ground.

A 2016 review by user 'msronce in 2016 summed up the Jackson Park experience perfectly, writing: "It's the only 18-hole course in the city. Staff is friendly. There was no cart attendant on Sunday and without a turn near the club house you can get hungry/thirsty. It's average at best but allows you to get a round in without traveling to the burbs. I would recommend to a friend with the above qualifications."

User dannyhs called South Shore the "Wrigley Field of golf in Chicago", writing in his 2016 review: "What a great fun little course. Priced right too! There's really nothing to complain about here. What negatives there are, the atmosphere and convenience make up for it. Parking lot, cashier, 1st and 9th (holes) all located together. Good practice area near the shore with bunkers, and greens to warm up or practice. Lots of views of Lake Michigan, Chicago and Indiana. Lots of history in this place, architecture and course have a lot fun facts hidden in them."

Jackson Park has expanded its youth caddie program that launched in 2017. The $40 caddie fees are subsidized by the Western Golf Association, Hogan said, meaning golfers who request a caddie only pay the tip.

How soon construction moves forward depends on a number of factors, notably the approvals and funding for the Obama Presidential Center and the construction of a $25-million underpass to fix traffic safety issues leading to Jackson Park. The projects by Woods and Obama are intertwined in many ways.

"President Obama and Mrs. Obama don't just want to build a building," Hogan said. "They want a vibrant space for career development and cultural entertainment. We think about the course the same way. That's why the WGA is involved with the caddie program. There are many themes that line up. There won't be any less permitting (for the course) with or without the Obama Foundation (and Presidential Center). Has it drawn more attention to the project? Yes, in a good way. You have the star power of President Obama and Tiger Woods, but this has always been a grassroots and community project."

We're excited for the future & to be a part of the restoration at Jackson Park & South Shore golf courses - great article by @MarkRolfingGC. https://t.co/at6EhViwhe

Jason Scott Deegan
Jason Scott Deegan has reviewed and photographed more than 1,000 courses and written about golf destinations in 20 countries for some of the industry's biggest publications. His work has been honored by the Golf Writer's Association of America and the Michigan Press Association. Follow him on Instagram at @jasondeegangolfpass and Twitter at @WorldGolfer.
5 Comments

This is a two year old article, what is the current status?

The top graphs of the article were updated leading up to and during the 2020 BMW Championship. Legal issues with the Obama Center have been at least one of the reasons that progress has stalled. New quotes from Woods on its future don't shed any light on a timeline but prove he's still dedicated to the project.

Intertwined in many ways? Goodness, Jason, Obama and Woods are personally and individually about as from being intertwined as it gets.
Sans the Obama ego-project hijacking of Tigers re-do this would be a nearly if not completely finished project for all golfers to enjoy. Keep politics out of sports.....and out of sports journalism.

Nowhere in the articles does it say that Woods and Obama are intertwined personally or politically. The projects, however, are very much linked. Both require major local roadwork before they can move forward and become viable.

With his comeback, Tiger Wood's cachet is on the rise. The park district would be crazy not to go forward with this project.