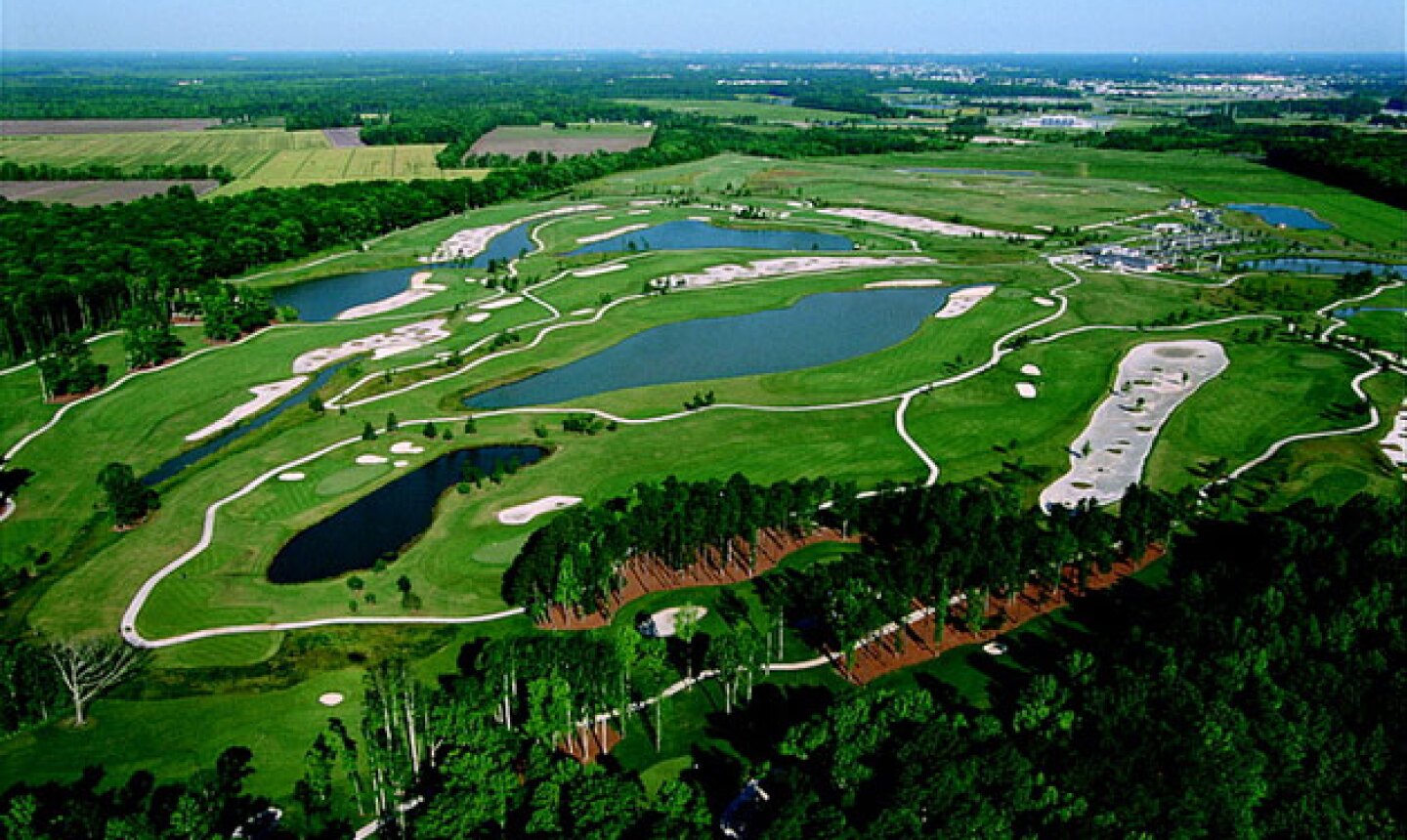 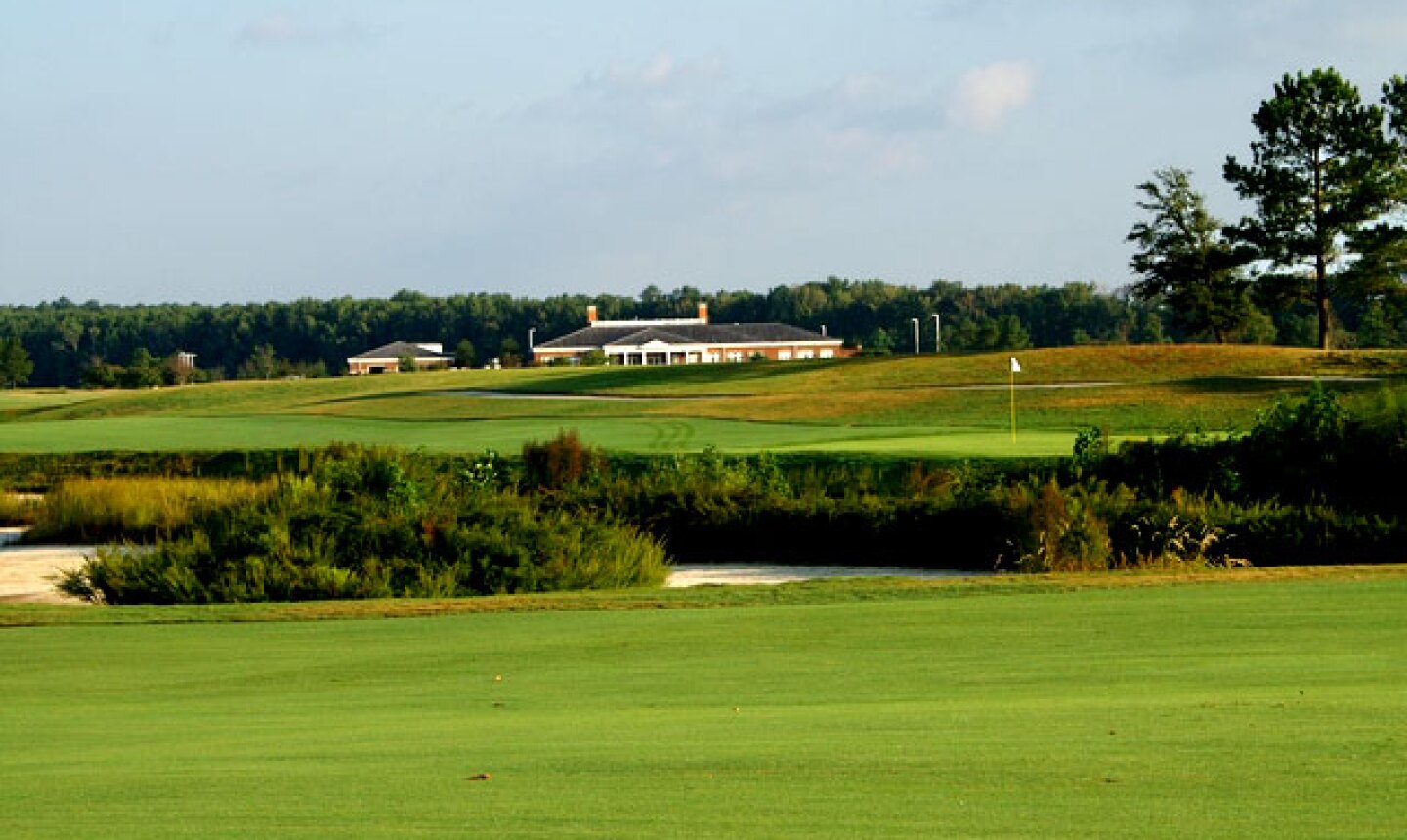 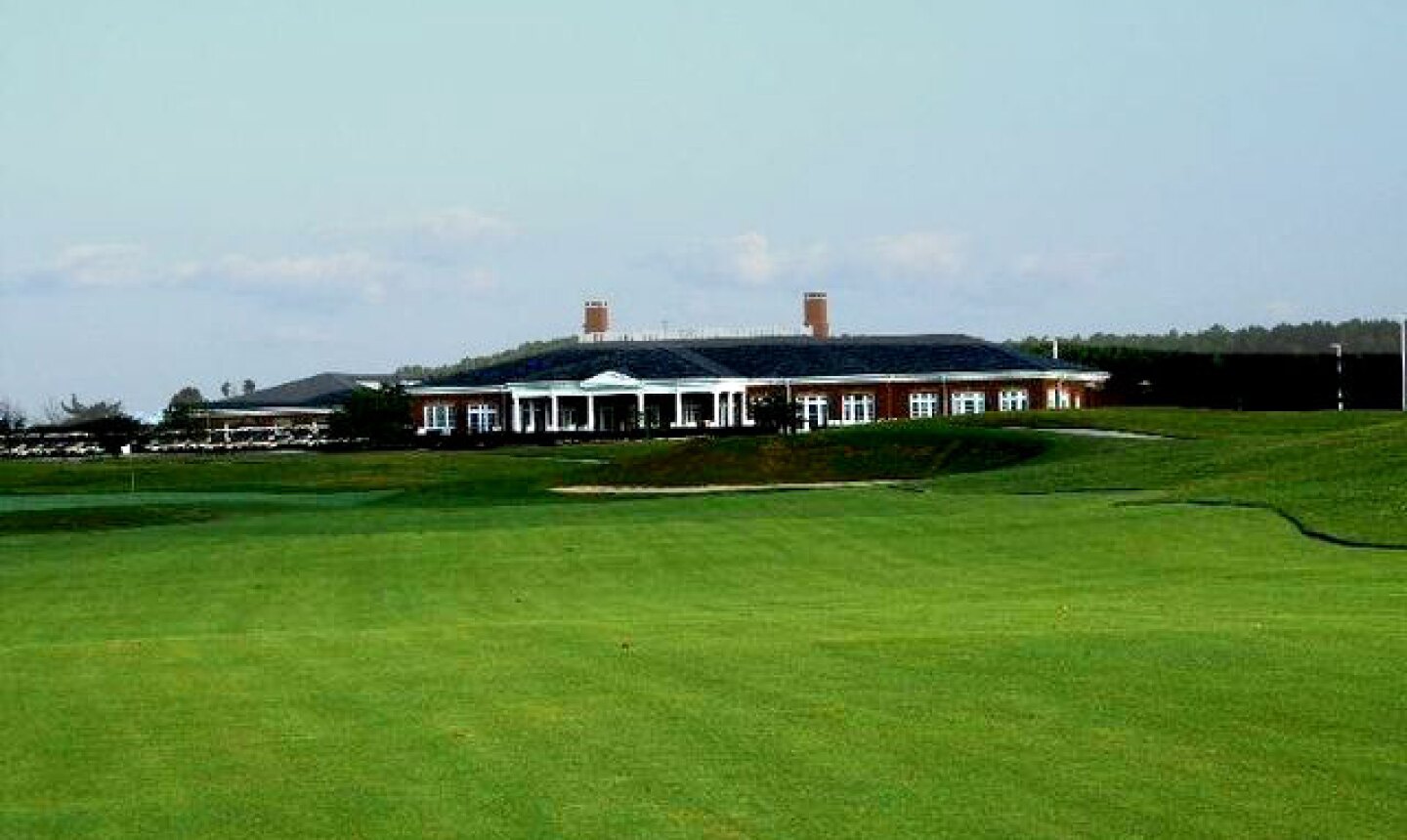 VIRGINIA BEACH, Va. - The words "playable by all levels" or "generous fairways" usually don't come to mind when describing a Pete Dye golf course. But those are descriptions you can believe when it comes to Virginia Beach National golf course.

In fact, after playing a quick round with another golfer, I asked him if he knew who the architect was. After several off-the-mark guesses, he was surprised to find out it was Dye.

Perhaps, believe it or not, it was the calming influence of player consultant Curtis Strange. Or maybe we just caught Dye in one of his mellower moments. In any event, this former TPC course has some typical Dye features, but lacks the sharp edge found on many of his courses.

Virginia Beach National is on a "beautiful piece of land"

On the back of the scorecard, Strange, who is from Virginia, describes the land Dye and he used as a canvass for the golf course.

"The original property combined rolling farmland and dense woods, so we had the opportunity to incorporate these dramatic contrasts into our design," Strange wrote. "Sandy wastes complement the numerous lakes and ponds, native hardwoods give the course a sense of maturity, and the variety of grasses used in the out-of-play areas offer a unique look as they wave in the ever-present winds."

In a nutshell, it doesn't sound like Dye moved much earth, as he often does, to lay out Virginia Beach National.

Instead, he went with the topography, while still incorporating his own special touches. The waste bunkers Strange referenced are plenty. There are patches of turf located in large bunkers, there is water everywhere, and the greens have a little Tom Foolery to them from time to time.

In general, however, Dye and Strange give you plenty of room off the tee. They don't dictate every shot. Going for par 5s in two isn't a huge risk because there are generally some bailout areas, and the course is as visually appealing as Strange says.

Still, from the back set of tees (there are five on this 7,197-yard par 72), the course can be difficult, especially if the wind is up. The rating from the tips is 76.2 with a slope of 142. That's championship caliber.

Knowing this was a Pete Dye golf course, the softer features here surprised me. No railroad ties to speak of, and standing on the tee I never got the sense I was being squeezed.

Plus, there always seemed to be a couple of ways to play each hole. Yes, you want to avoid some of the trouble by picking the right club, but it isn't that difficult. Play the correct set of tees here, and you will have fun. It's pretty straightforward.

On the other hand, if you find yourself spraying it, it could make for a long round because of the seven bodies of water, large waste areas and scores of bunkers. The waste areas, however, are fairly easy to escape from and even seem to impart more spin on the ball than from the fairway. So, generally, finding one isn't that big a penalty.

I really like the par 3s at VB National. All involve water hazards, but they are different lengths and configurations. The finishing hole, a 469-yard dogleg left around a large lake, is also challenging and scenic.

The facility also has excellent practice areas, offers lessons from its PGA staff and serves up a pretty good lunch or dinner in the clubhouse at the Black Angus Grill. 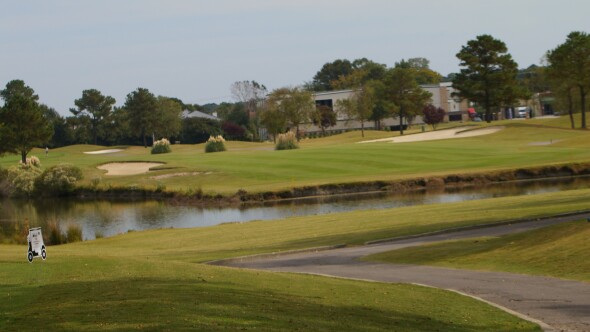