With new course, Hale Irwin and Todd Schoeder rack up a win for the Glacier Club in Colorado 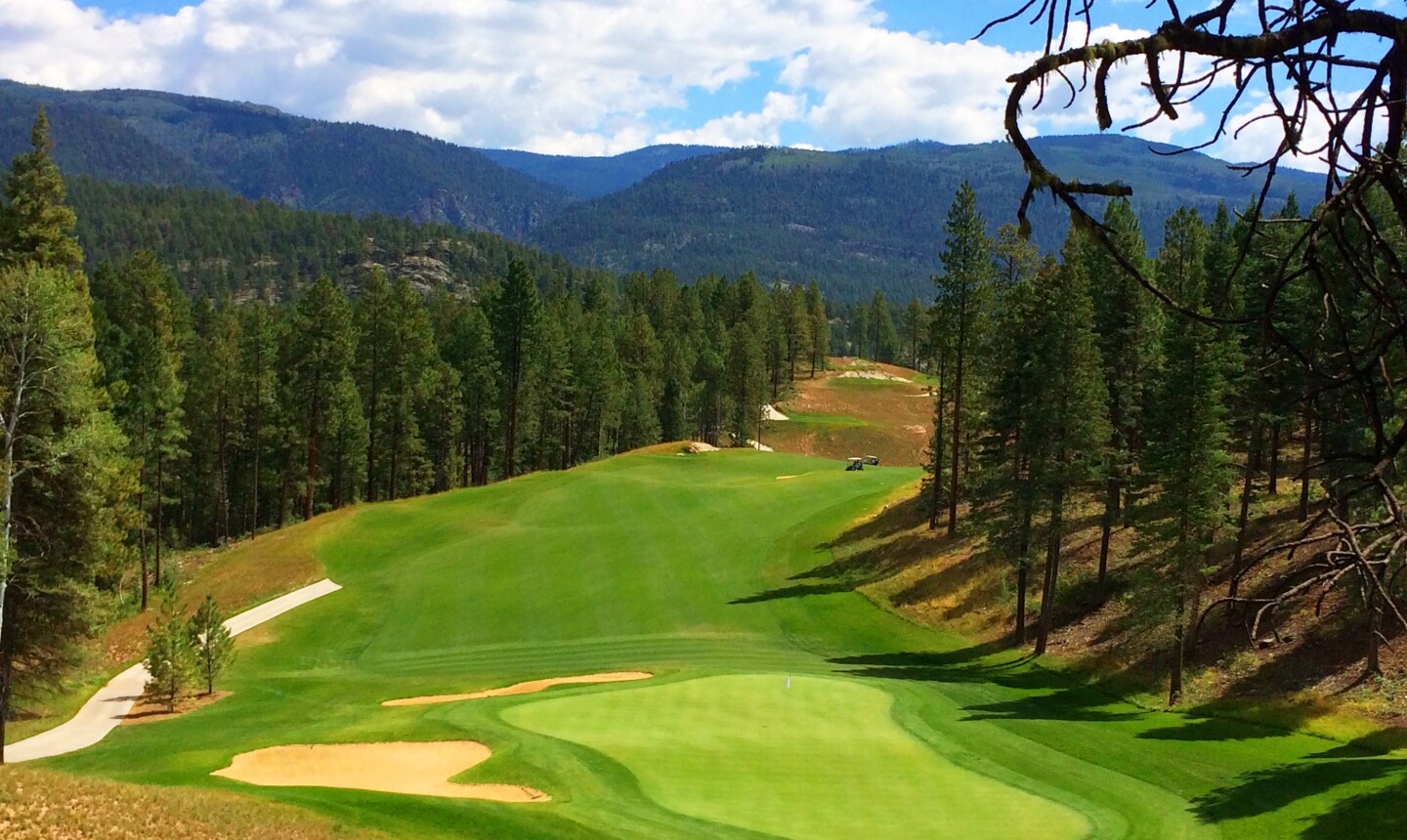 The recently completed Mountain Course at the Glacier Club near Durango, Colo., is already among the state's best courses. Mike Bailey/Golf Advisor 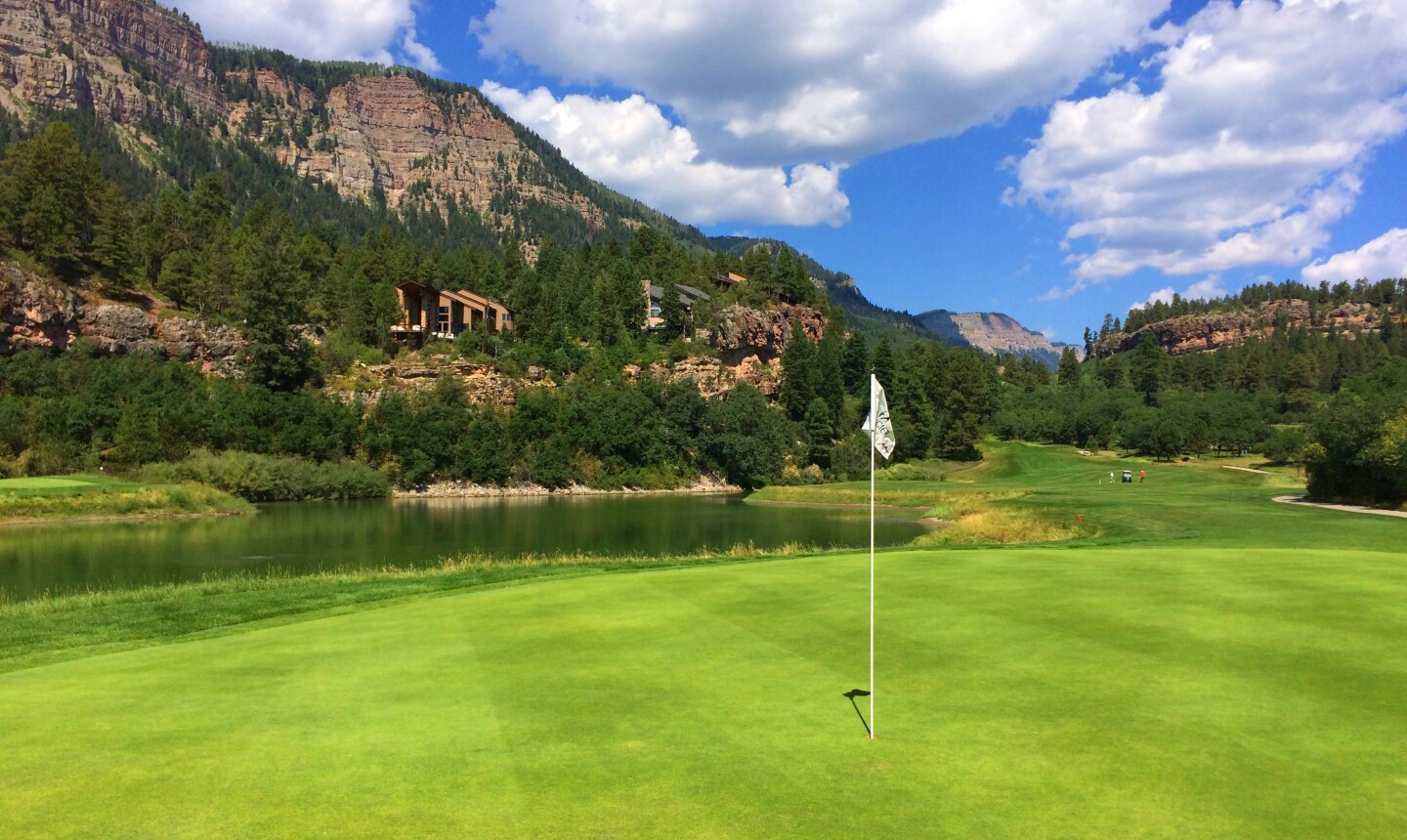 The other course at the Glacier Club is the Valley Course, designed by Arthur Hills. Mike Bailey/Golf Advisor 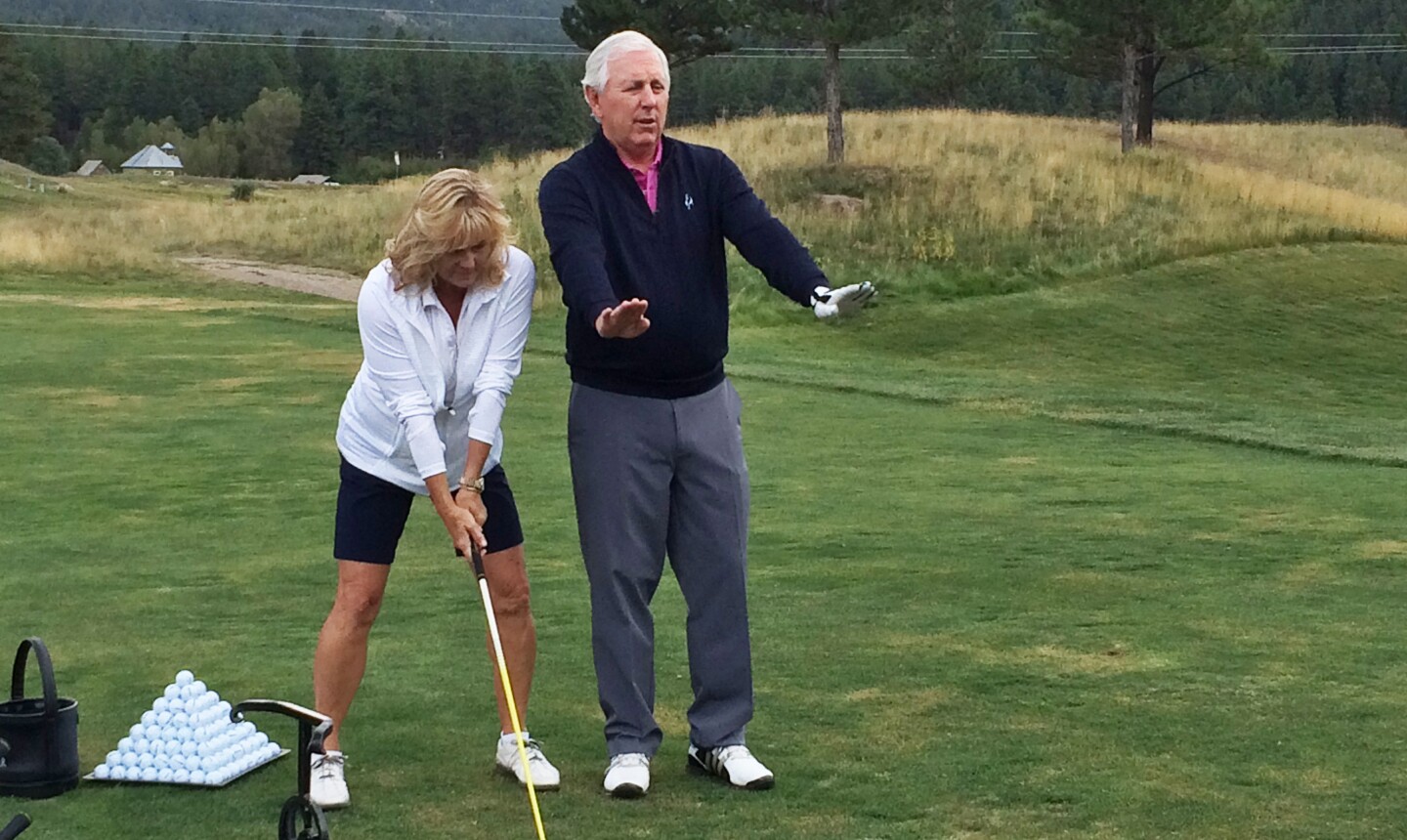 Hale Irwin conducts a clinic as part of the opening festivities of the recently completed Mountain Course at the Glacier Club. Mike Bailey/Golf Advisor 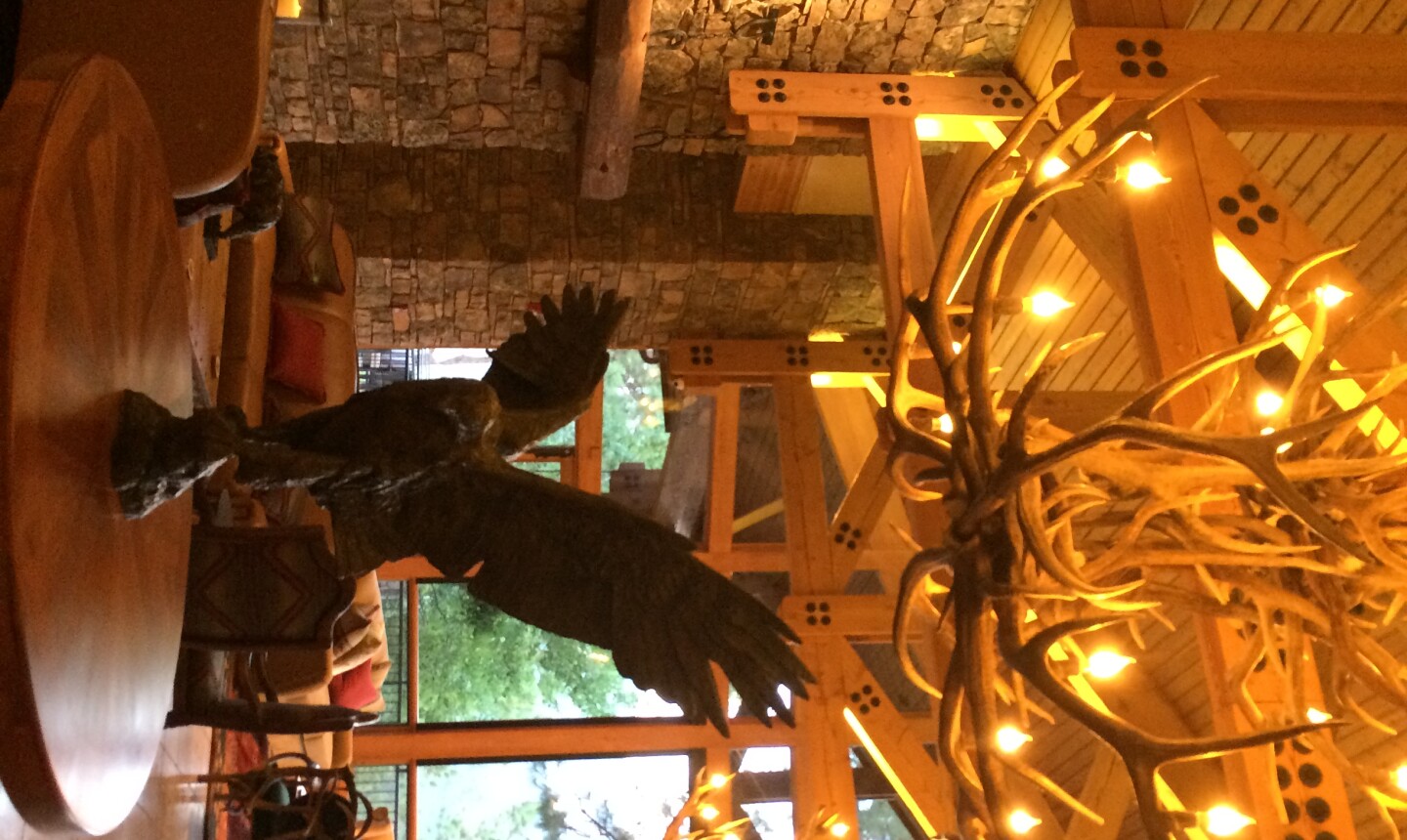 The Mountain Course at the Glacier Club also has its own new clubhouse. Mike Bailey/Golf Advisor 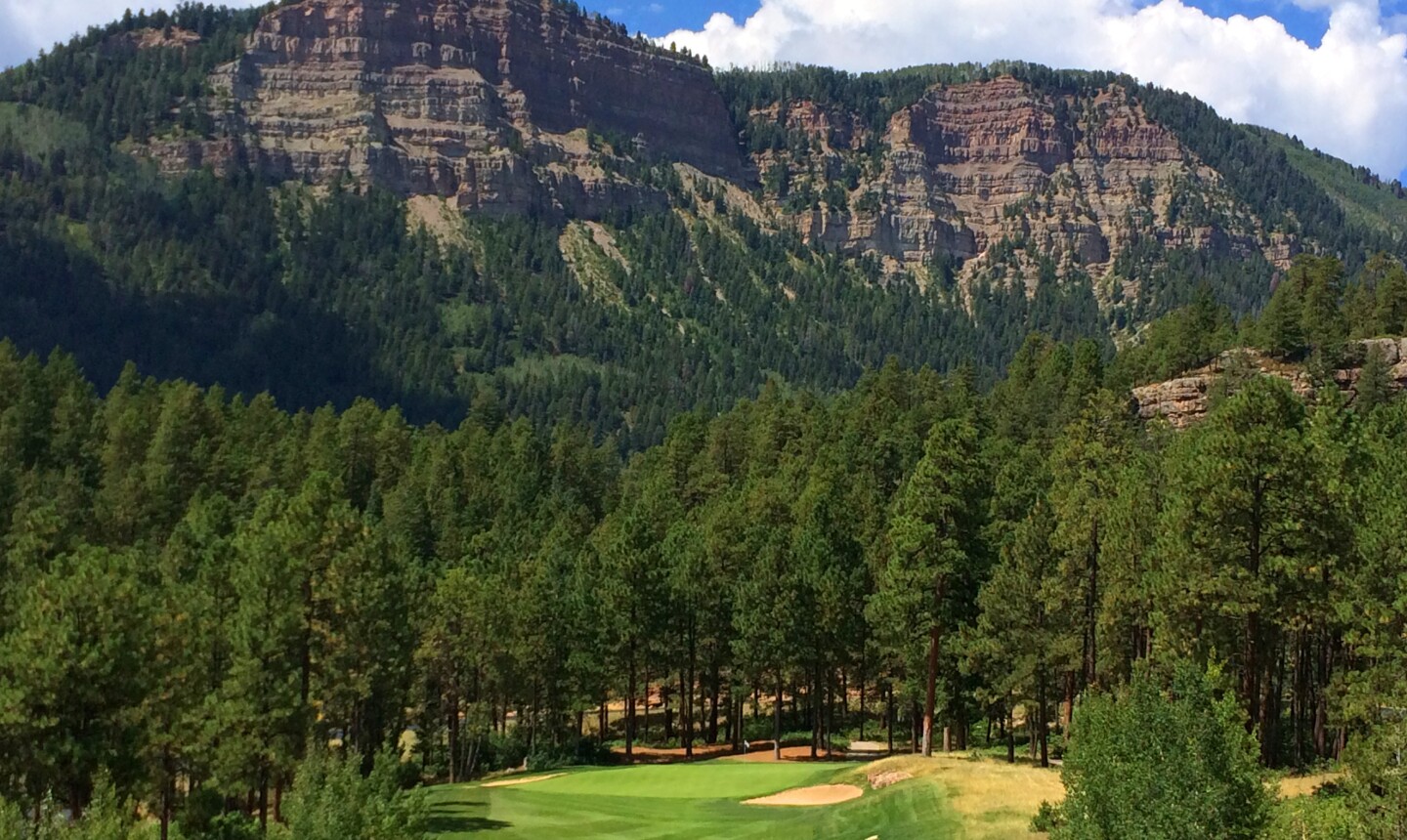 The par 3 16th exemplifies the backdrops on the Mountain Course at the Glacier Club. Mike Bailey/Golf Advisor 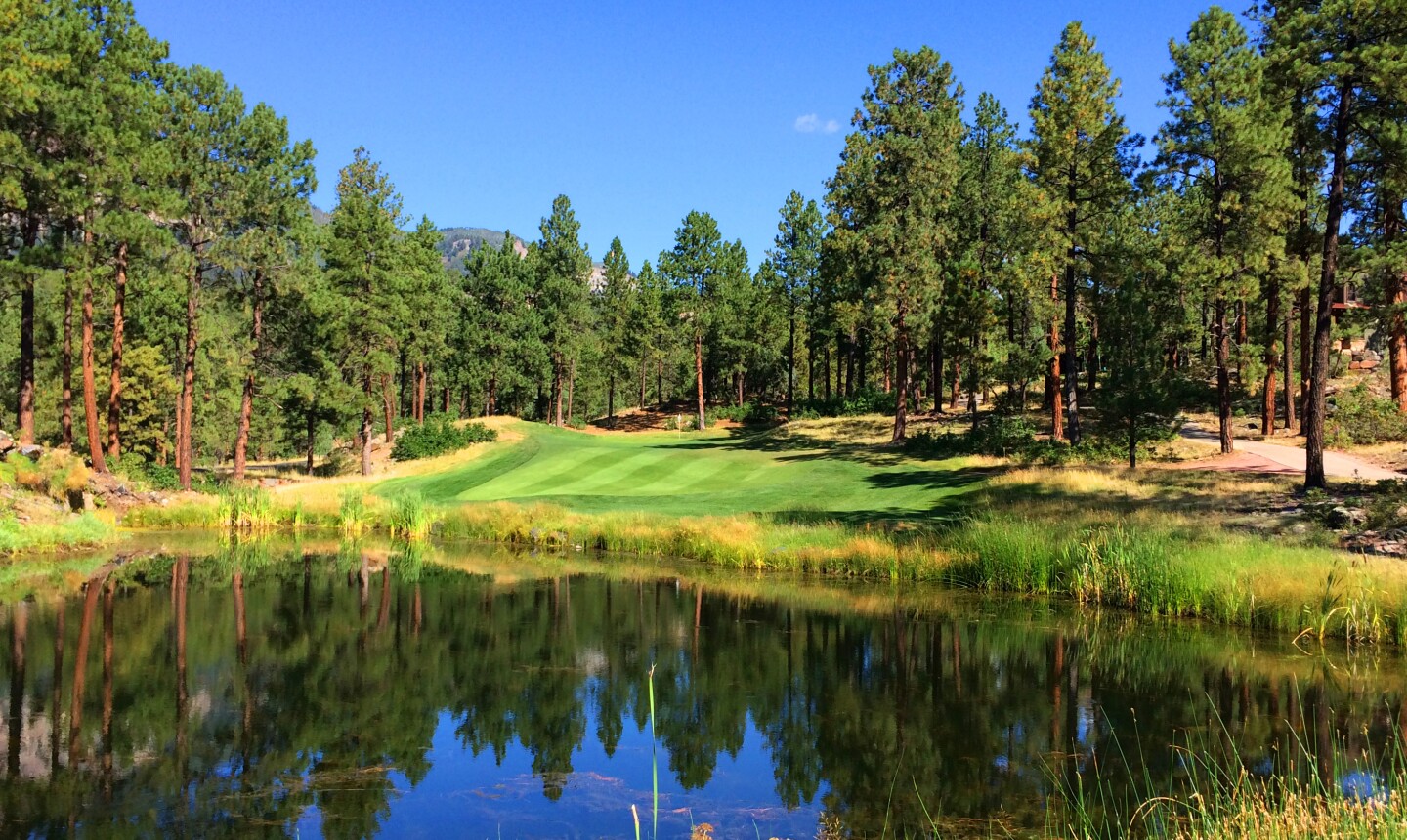 The par-3 fourth hole on the Mountain Course at the Glacier Club in Durango, Colo. Mike Bailey/Golf Advisor

DURANGO, Colo. -- The greatest senior tour player ever -- and not too shabby on the PGA Tour either -- World Golf Hall of Famer Hale Irwin was one of the toughest competitors to ever play the game. A three-time U.S. Open champion, Irwin loved to play a hard golf course. Not because he liked getting beat up, but simply because he liked his chances vs. other players who were often just weren't as tough-minded as he was.

That much was evident at the 1974 U.S. Open, known as the "Massacre at Winged Foot," where Irwin won at 7-over-par, a modern record for high winning score. Irwin sure knew how to grind out a win.

"I wasn't intimidated by anyone. Maybe that had something to do with my football background," said Irwin, a former All-American football player and NCAA champion golfer at the University of Colorado. "I embraced it."

As a golf course designer, he's managed to grind out a win or two as well, no more than his latest contribution, the Mountain Course at the Glacier Club, just north of Durango, Colo., among the San Juan Mountains. But as a designer, he's not looking to build difficult golf courses that beat up the average player. Instead, he's looking to create courses that avaerage golfers can enjoy and will want to play again.

With the new Mountain Course, he and Denver-based golf course architect Todd Schoeder have created such a course and then some. Play the right tees, and it's imminently playable, with wide fairways to inviting greens on a course that's pretty much in front of you. Remarkably, too, as a mountain course at 9,000 feet of elevation on some of the rockiest terrain imaginable, very few holes play uphill and there are very few blind shots.

Irwin said the idea behind the Mountain Course was that once you finished the 18th hole and went to the 19th hole, you couldn't wait to get back to the first hole again.

The par-3 fourth hole on the Mountain Course

Glacier Club is one terrific getaway

The new Mountain Course – the final nine holes of which opened this summer – is part of a 36-hole private club that also features the Valley Course, the latter of which is accessible to resort guests staying at luxury townhomes located just off the Glacier Club property. And although the Glacier Club is private, it is accessible. Those wanting to check out the facilities and enjoy a membership experience can book a "Discovery Package" to play both courses and enjoy all that the club has to offer ($695-895).

Glacier Club is located near the famed Four Corners of Colorado, New Mexico, Arizona and Utah. While my stay was largely confined to the club and resort, nearby Durango offers some of the best whitewater rafting, hiking, fishing and hunting in the state. There's also the historic steam-powered Durango & Silverton Narrow Gauge Railroad Train, which departs from Durango with round-trip, full-day excursions, something I didn't get to do this time around, but it comes highly recommended.

Even if you don't venture into Durango, with two clubhouses and plenty, terrific dining and plenty of banquet space, Glacier Club is a place where members and guests can entertain and be entertained. The weekend of the debut of the Mountain Course's opening included a barbecue that featured live entertainment from country music star Michael Martin Murphy of "Wildfire" fame. Murphy, in fact, donated a signed Epiphone acoustic guitar, which was auctioned off for $50,000 to benefit relief efforts for Hurricane Harvey, which had just hit Texas a couple of days earlier.

The weekend's festivities also included a clinic by Irwin for members and guests. Irwin, who has never had a formal lesson, shared many of the secrets he learned in his half decade of professional golf. He talked about the importance of grip, alignment and stance and most importantly, how crucial good tempo is. He also addressed the backswing.

"I don't like referring to it as a backswing," he said, "but rather a back placement."

One of the Rockies' best

Already, the Glacier Club makes the claim that the Mountain Course is one of the best in Colorado and the Rocky Mountains, for that matter. Ordinarily I'd have to take that with a grain of salt, but after playing many of Colorado's best mountain courses the past few years, I'd have to agree.

Besides being playable, it's also incredibly scenic. Every hole has great views. Conditioning is immaculate, even the new holes. There are a couple of drivable par 4s, a great variety of par 3s, terrific and meaningful bunkering that not only works as hazards, but also as barriers and frames holes.

And if you're thinking because this course is playable, it's a pushover, think again. From the tips at 7,035 yards (which plays shorter because of the elevation), it's certainly a formidable test, and good players are unlikely to run the table on the greens because there's just enough subtly in them to make green reading a bit of a puzzle, and superintendent Clint Starkebaum should be able to find enough challenging pin positions for any given tournament.

Still, there are five sets of tees as well as a family tee on each hole, making this course perfect for every level of player. On the forward tees, there are no forced carries.

The only knock, and this one was unavoidable, is the distance between some of the holes. In order to carve out the best holes in this incredibly rocky terrain, the gaps between holes was necessary. Schoeder said of the more than 100 golf course projects he's been involved in, this was the most difficult terrain. More than 200,000 cubic yards of rock had to be blasted away, translating into 10,000 truckloads of materials. And with this kind of terrain, irrigation, especially pumping water uphill, was also very expensive.

The Mountain Course is also a great improvement over the club's original course, the Valley Course, which was designed by Arthur Hills in 1975. While the Valley certainly has its highlights and terrific views, it could be better. Unlike the Mountain Course it’s not player-friendly. From the first hole, which has a no-description layup tee shot – to the ridiculously unrelenting "Lone Pine" par-5 12th (which has a tree blocking the green after you navigate a difficult dogleg right), to the blind hazards off the elevated par-5 18th tee, the Valley Course is the opposite of the Mountain Course. It's not all that user-friendly. Open up some of the holes, cut back some of the tall native grass along the fairways and around the greens, though, and it could be.

Tim Gavrich
Senior Writer
Now Reading
With new course, Hale Irwin and Todd Schoeder rack up a win for the Glacier Club in Colorado
Search Near Me