The Good:
Prairie Green is a terrific layout that is fair but challenging. I can't think if a bad or boring hole on the course. Additionally, Prairie Green has some of the best greens I've ever played. They are true and fast.

The Average:
There are some houses on the course. I know that is intimidating to some people, and it can ruin some picturesque scenes. But the houses don't really come into play either. So it's not that big of a deal.

The Not So Good:
I'm really nitpicking here, but the bunkers could use some TLC. I don't mind penal bunkers but I do want them to be consistent in terms of sand depth and consistency. The bunkers at Prairie Green are not consistent.

Prairie Green Golf Course Run is a City owned Course that is always in Excellent condition for fun play. The Course plays around 7100 plus from the tips. It is an easy course to walk as there are is little major elevation change through out the course. The front nine plays fair with several fairways running together allowing you to get a glimpse at future holes as you are working to your next shot. The back 9 is spread out a little more and is set in amongst residential development. Throughout all 18 holes there are several challenging shots that require strategic placement of the ball to have a great shot to the Green In Regulation.
The practice facilities at the course are great with green comparable to what we will find out on the course. We played this course in just under 3.75hrs. The Club house has a snack shop and a small pro-shop. Don’t go to the pro shop expecting a lot of inventory. Overall this is a great course to play while in Sioux Falls, SD.

Excellent course for the area with a friendly staff

We arrived at Prairie Green in Sioux falls, SD a few minutes late due to some unexpected construction delays. Calling ahead to the staff allowed them toi juggle a few tee times behind us and we were able to tee off 20 minutes past our scheduled time but with no effect on the tee sheet....thank you to the staff for handling that so well.
Prairie Green was a very nice course in great condition, especially for what looks to be a heavy amount of play. The course was full but the pace of play moved right along and we were done in four hours and ten minutes which I think is good for a Saturday afternoon on a good public course.
The maintenance team must be good at what they do as the greens were in great shape amd very honest in the roll. Not overly quick but not slow either, so a good honest speed. Fairways were well defined and cut nice. The rough was thick (not deep though) so my rescue club got a workout for this round. Luckily that club and my swing finalkly started to show up on our trip. Not that I ever can blow away a course but results were getting better here at Prairie Green.
Was nice to see some slight elevation changes as we hadn't seen a hill on our drive from North Dakota to South Dakota. Nor had we seen one in our North Dakota round. The elevation changes were not huge things but added to the course quality and challenge. The wind was down today but I am sure it adds a few strokes a round when it is up.
Fellow players and staff were all very pleasant to deal with. Had a quick but good sandwich at the turn which was the extent of amenities we used. I would play this course again if ever in Sioux Falls.

Nice course, let the distance be your guide when selecting tee boxes

I’ll start this review by saying this was the first round I have played from the “regular” tee’s in a long time. I played there because I wanted to work on my irons and I didn’t hit anything bigger than a 6 iron all day. From the regular tees the course is only 6087 yards (although it does stretch out nicely to 7179 from the back, so it is only a short course if you elect to play it that way).

Having said that, I found the course remarkably attackable for its 70.4/124 rating. As you’d expect, given the comparatively short track compared to what I’ve been playing, I put up my best score (77) in a while. However, relative to the slope and rating I expected to struggle a bit more to get into the 70’s. Part of my success I believe was due to only hitting mid to short range irons. I got into a very nice groove and, for example, put together consecutive 8 irons on holes 7 and 9 of 180, 178 and 179 yards (hole 8 was a par three of only 137 so I didn’t hit an 8 there). When you are hitting straight 8 irons averaging 179, most of the holes are not only reachable but pretty scoreable from the front tees.

Needless to say, it was a fun round. I found only one hazard on the day (water on the 5th hole which led to my only double of the day), and that’s a great way to keep a good round going. This should not imply there are not hazards to find, however. While the course is not overly bunkered, there is a good amount of water to navigate, especially if you are a bit wayward off the tee.

Again, one of the nice things about this course is that it provides as much challenge as you are eager to receive. Most of its defense is in distance (there are not many dog legs or difficult angles to navigate), so selecting the right set of tees to match the experience you want is important. For example, I found the par 3’s very well-conceived in general and it was on these holes that I had my only real regrets about playing up. They were just a little too easy from there averaging only about 137 and only one of them required me to use something bigger than a wedge (and that was a 9 iron); I played them at even par.

Other than recently sanded greens on the front nine, I found the course to be in good shape; and even the sanded putting surfaces rolled true (albeit slow, of course). Given the heavy winters the northern states received this year (and subsequent late opening dates) it is especially commendable that the course was as playable as it was.

In addition to an enjoyable round of golf, Prairie Green’s staff added to the enjoyment of my day. Everyone I met there was friendly and attentive doing everything they could to ensure a good day on the course. The maintenance crew was scarce and courteous when I did run into them (this is not as often the case as one would like when you go off first) and the pace of play behind me seemed good as I watched group after group come in on time after me from the clubhouse.

I would certainly play Prairie Green again if I found myself with the opportunity. 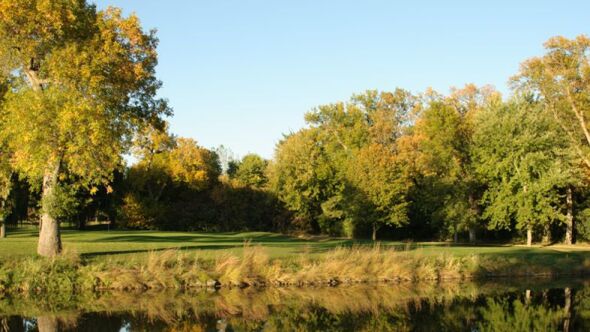 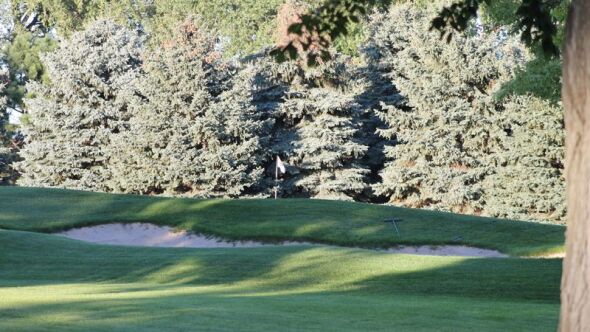 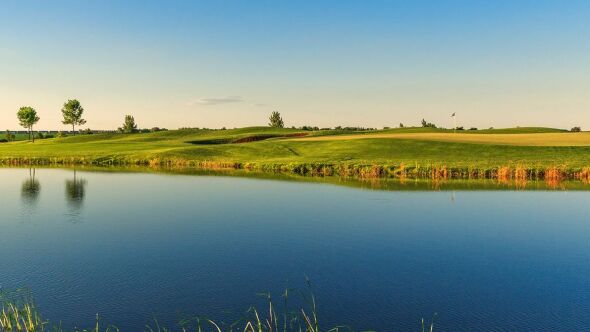 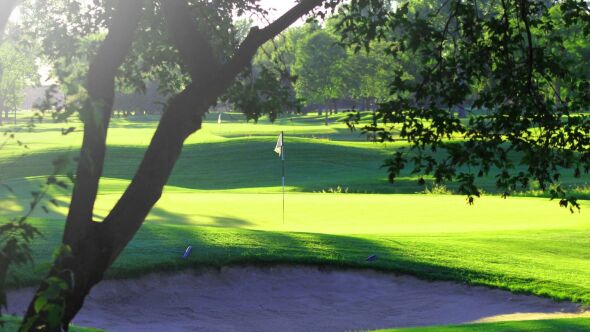 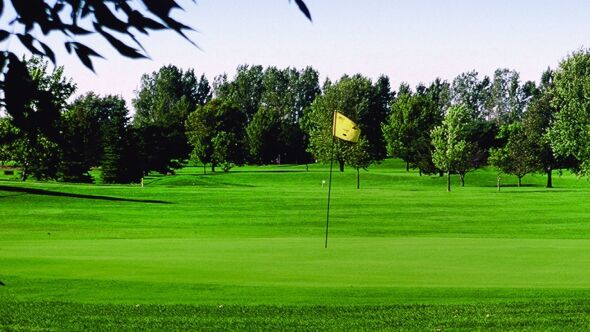 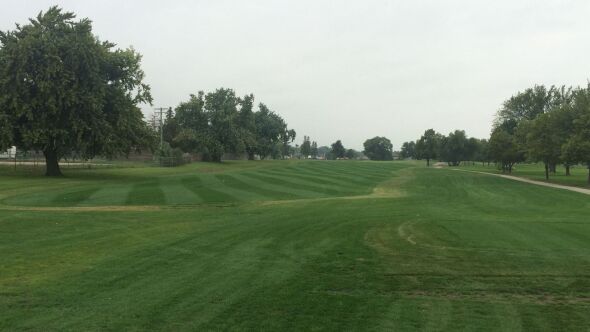 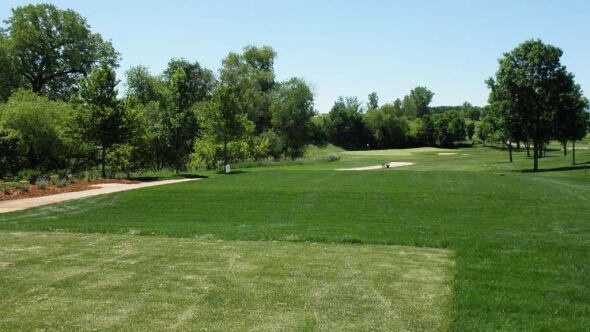 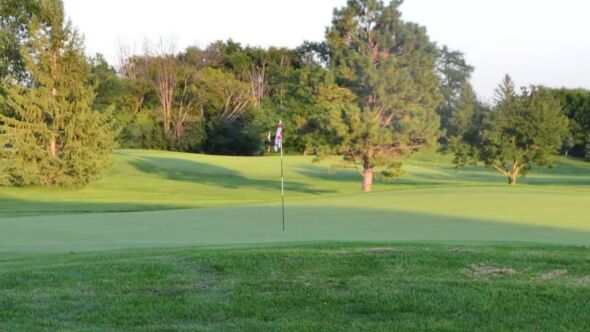 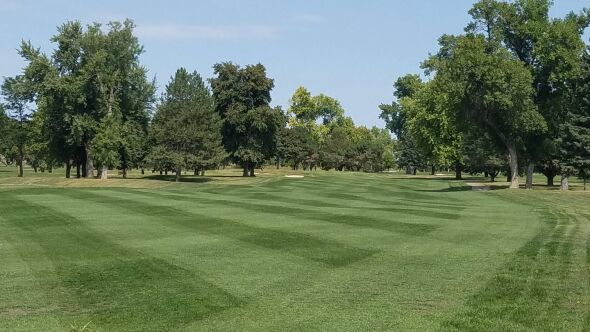 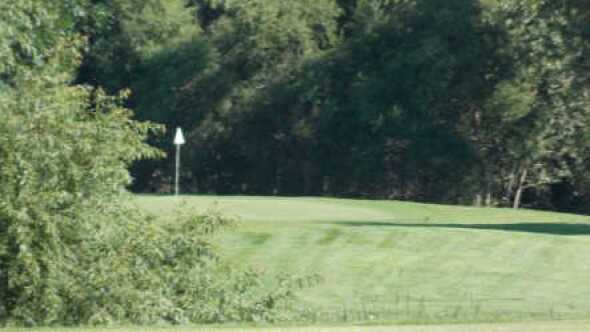 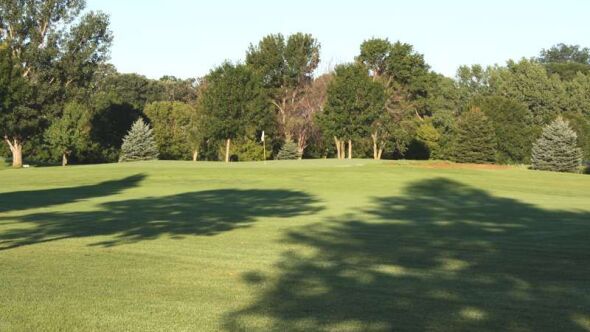 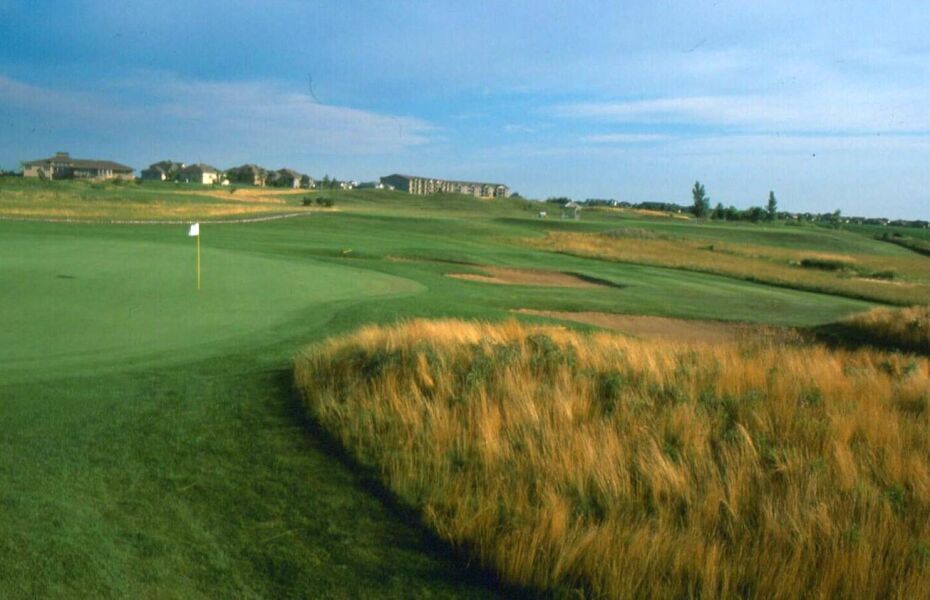 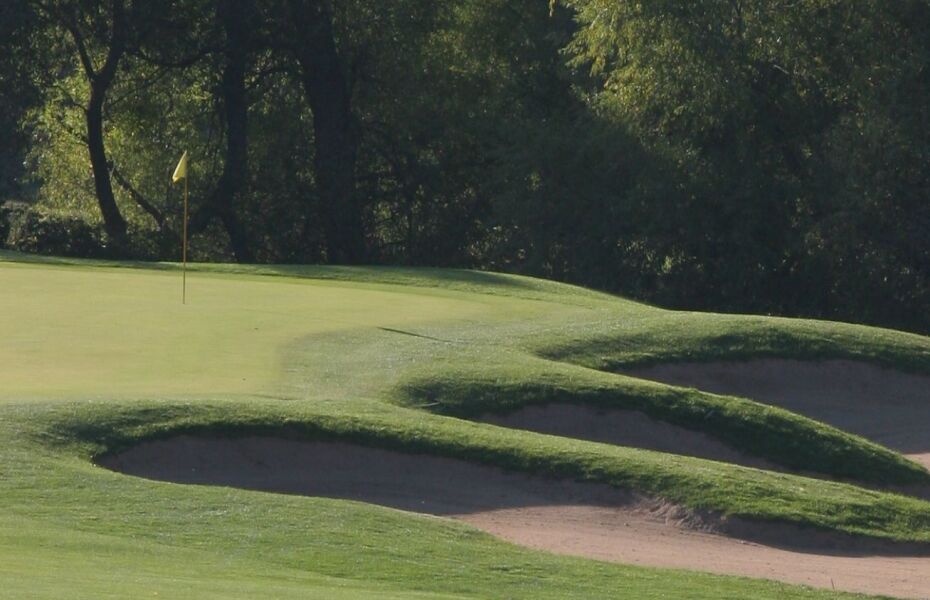 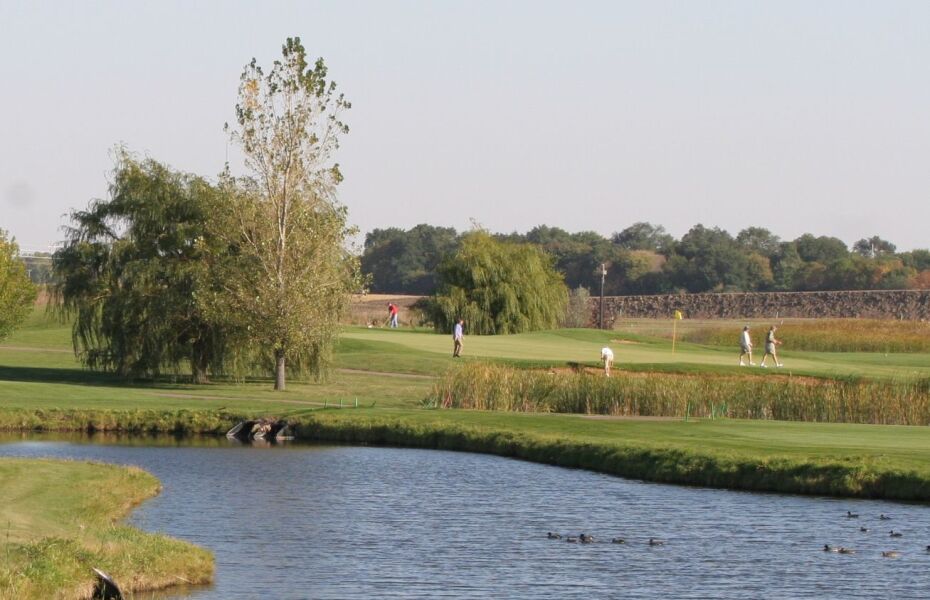 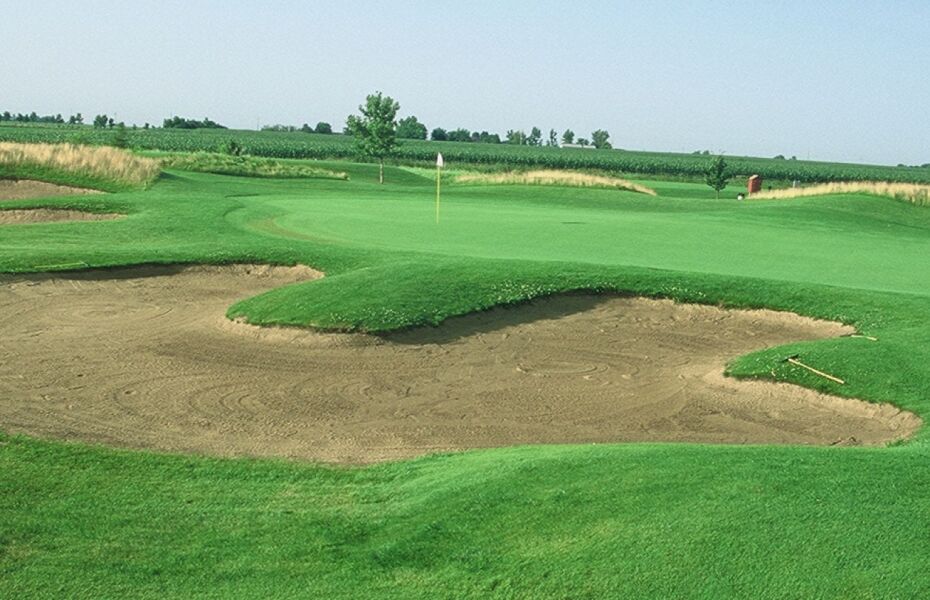