Course Challenges Include:
Water Hazards 11
Bunkers 9
Forced Carries 9
This course/club is great for:
A Weekend Splurge 8
Advanced Golfers 8
Group Getaways 7
This Course's Location is:
Worth the Drive 9
At a Resort 8

I was staying at the Tides Inn nearby and decided to play this course. The pro, Don and the rest of the staff were great! The course is challenging the scenery is great. There were a few sandtraps in the process of being re-furbished, other than that, the course was in great shape too.

Great course it was in really good condition. Greens were a little slow. Grill closed at 3pm and we finished around 3:25 that is the only knock on this track.

chrisjessop161
Played On 07/30/2022
Reviews 3
Skill Intermediate
Plays Once a week
I Recommend This Course
5.0
Previously Played

Couldn’t ask for more. Far exceeded expectations. Staff couldn’t have been easier to work with. Left my range finder, called and asked about it a few days later and the manager shipped it to me (across state lines) free of charge.

this was our first time playing this golf course but it will not be the last. This is a MUST play if you are in this area and it is worst traveling to play. the staff was excellent and golf course is a gem to play. the Golf Pro is an old high school basketball team mate from 1975. Donny is a good guy.

This was only my 2nd time playing this course and I enjoyed it the same as the 1st time. My score was 10 strokes better than the 1st time but it was still challenging. Invited a friend to play with me and we had a great round of golf and some terrific hamburgers for the restaurant.

Got a chance to play with my son - rare, because we live so far apart. We had a very enjoyable round.
First, we were greeted warmly by the PGA Pro. He went out of the shop to point out where everything was.
Golden Eagle has a very good layout with a nice variety of holes - good elevation changes and chances to hit uphill/downhill/sidehill lies. The rough was trimmed well in spite of recent rains.
Sand in the bunkers was a bit firm and the greens very, very soft from those rains. Of course the soft greens meant that it was easier to get balls to stop quickly.
Pace of play was excellent.

I had an excellent time playing at Golden Eagle. The course was in amazing condition and there is a good amount of hole variety. I will be back!

No on course amenities..

Tight.....no trash cans or water or bathroom open on course....maybe covid???? Plenty of beautiful trees to pee behind...caught 3 sunfish and a bass.

Great traditional layout but only average conditions. Traps were all dirt rather than sand and there are a lot of traps. Still worth the trip as the course is somewhat remote.

Golden Eagle was well worth saving

It's easy to see why Golden Eagle Golf Club is a good venue to test the best players in the game. Host of multiple state opens, this George Cobb design has narrow holes with doglegs, water hazards and some relatively small greens (compared to newer courses). You have to be accurate off the tee, and the ability to work the ball both ways is a good trait as well.

Carved through hillsides of Virginia pines, the course has plenty of scenery, and it can be daunting as well. For example, the par-5 second is fairly straightaway, but you have to hit it straight to avoid the forest on both sides as well as a series of fairway bunkers. The course never lets up.

The centerpiece of the course a large lake. The fifth hole makes good use of it, for example. The tee shot is fairly lengthy over water to an island fairway. The second shot is also over water, and at 445 yards from the back tee, it's no wonder it's the no. 1 handicap hole on the course.

Golden Eagle also finishes strong. The 17th is an uphill par 3 that plays more than 200 yards. The 18th is a beautiful 382-yard par 4 that plays downhill off the tee in front of a lake, followed by an uphill approach over the water.

As it turns out, Golden Eagle is the only remaining golf course in Lancaster County. Last October, the nearby Tides Inn resort announced the course was going to close, but thanks to the efforts of some members of the semi-private club as well as the resort, the course has remained open and has been improving, reminding players of what it once was and will be once again.

A nice round but the horseflies are henious!

This is a pretty-decent course, I'd say maybe a 7 or 7+ in terms of difficulty...the main thing is that is is a LONG drive away from DC. 4 hours or more. But it's a nice, picturesque course and some of the holes are quite lovely to look at, a nice challenge but not too tough or too easy. But it is a solid day of drivng out, playing it and driving back. And for Chrissakes bring a few bottles of bug-spray if you play in the spring or summer.

A solid presence of houses around the course and some parts of it got loud from "the neighbors" but overall not oppressive. The bugs were by far the biggest problem.

The course was in great shape nice greens, smooth and quite fast. Lots of up hill shot and water in the right places. The GENTLE MEN that was in the pro shot was entremly welcoming and made it a joy to play there.

Based on the previous reviews on GolfNow and other websites I was expecting more from my experience at Golden Eagle. Layout was decent, very tight fairways in spots and a good mix between small and average size greens. Many of the greens were well guarded on both sides by bunkers and a decent amount of slope.

My negative is for the condition of the golf course. Now I understand playing golf in January in Virginia isn't the time for pristine conditions. The fact is I still play quite a bit of golf during the winter months and this review is based on conditions I've seen at other courses.

I would imagine they concentrate their efforts on course conditions in season and that's why they have received so many great reviews.

Everything was great! the only thing was the cart path was bumpy in a few areas were tree roots are going under

Front excellent, except traps need sand. Back nine not maintained as well. Leaves on most greens. Several traps with ground under repair signs. I think they close over the winter which will explain back nine. This is one of my favorite courses. Greens roll true. The course requires your A game. I left that at home this time.
I recommend this course to all serious golfers.

An exceptionally beautiful course . At this time of year almost no one else playing, so I played from golds. Lots of variety and a good test for experienced golfers. Don't miss it if you are in the area. About 1 hr drive from Williamsburg.

Played from the white tees (5900 yards). Course has many narrow fairways. A number of fairways have significantly undulating, sloping terrain. A few holes have water hazards that must be cleared from the tees. Greens are tricky with only a few cup positions on flat ground. Bring extra golf balls if you are an average player.

The Golden Eagle is one of the finest golf courses in Virginia. Being a "resort" course, it probably does not get as much play as other public courses. In years past, the Virginia State Amatur (sp) Open was played on the Eagle and it is truly a championship course.

I enjoy playing the Golden Eagle. I am a Bogey golfer but if I break 100 at this course I am happy. 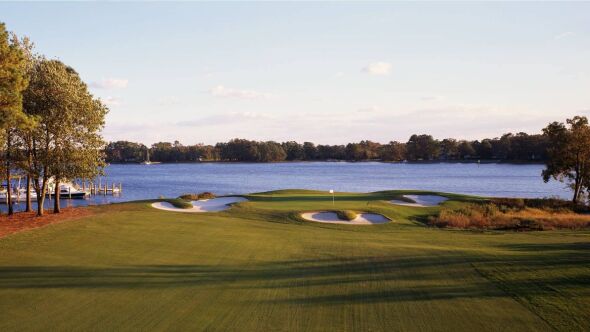 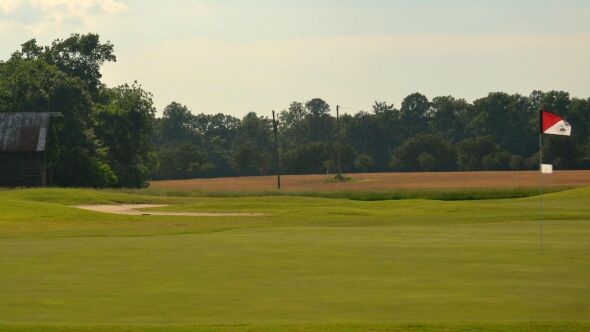 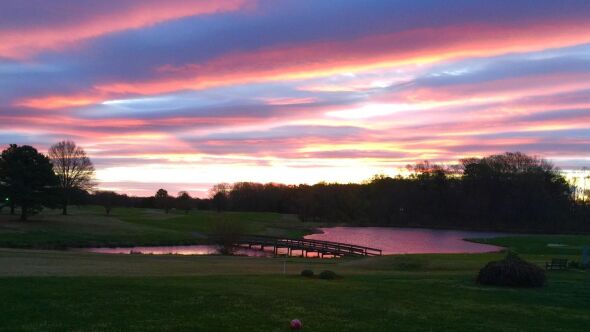 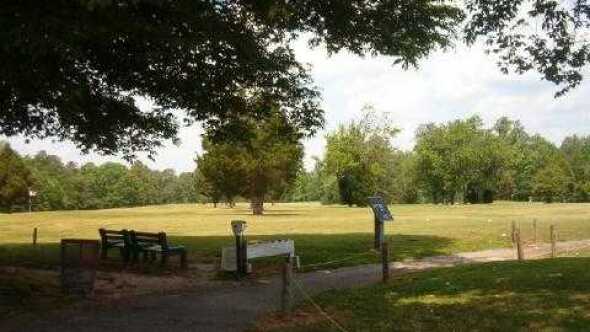 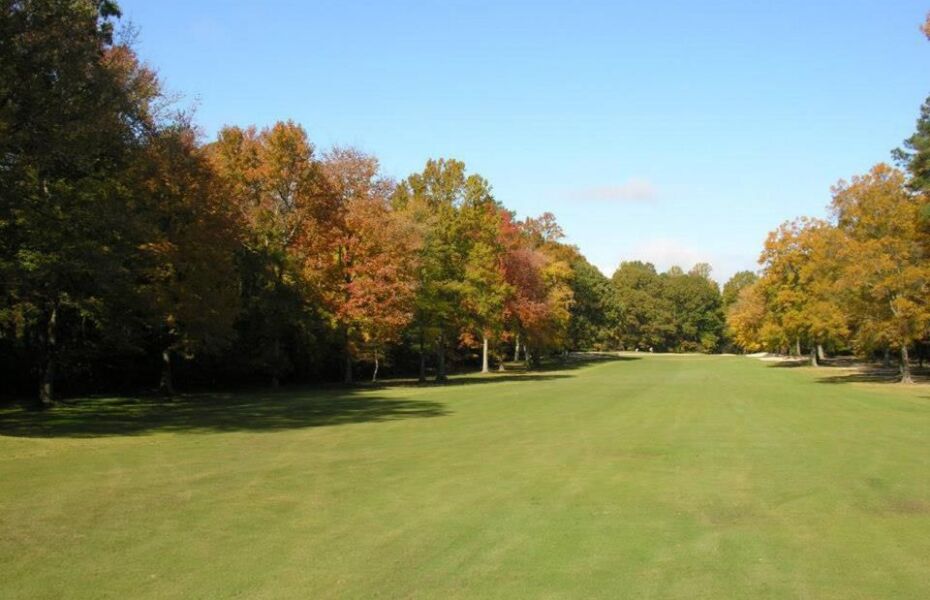 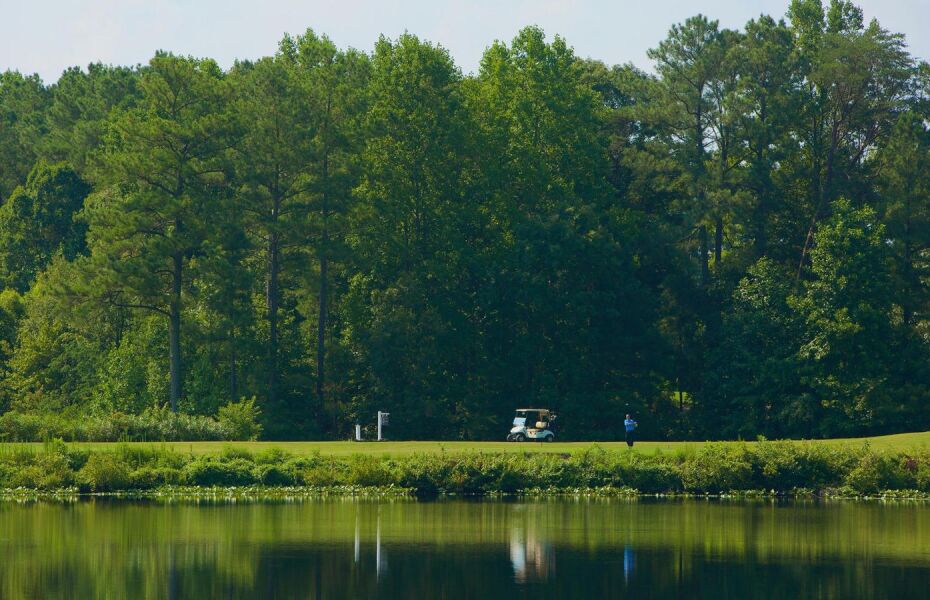 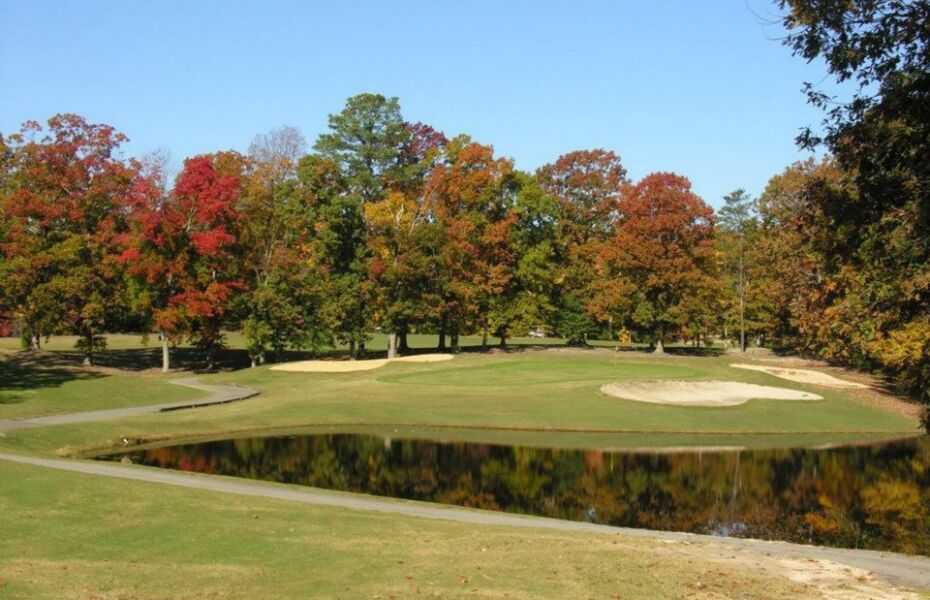 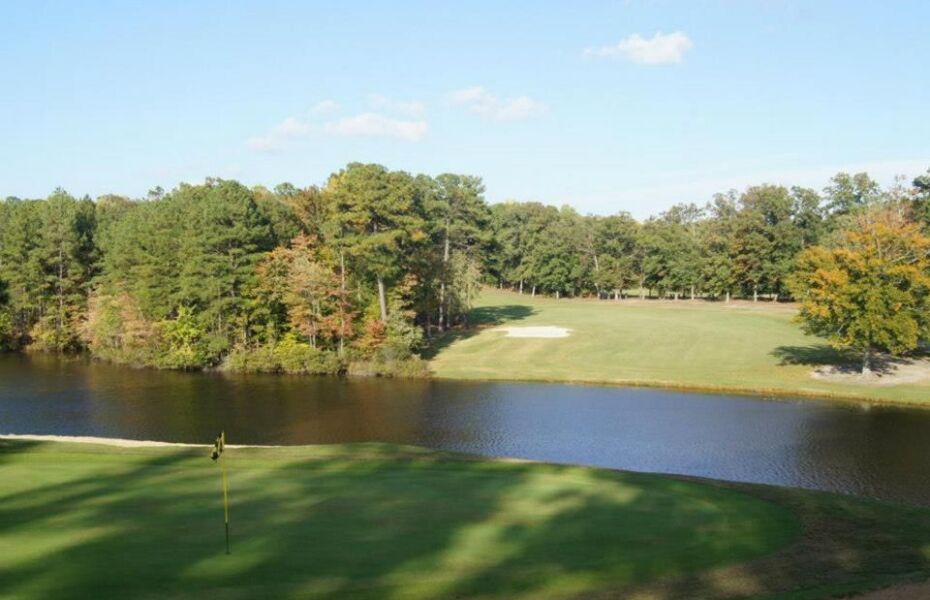 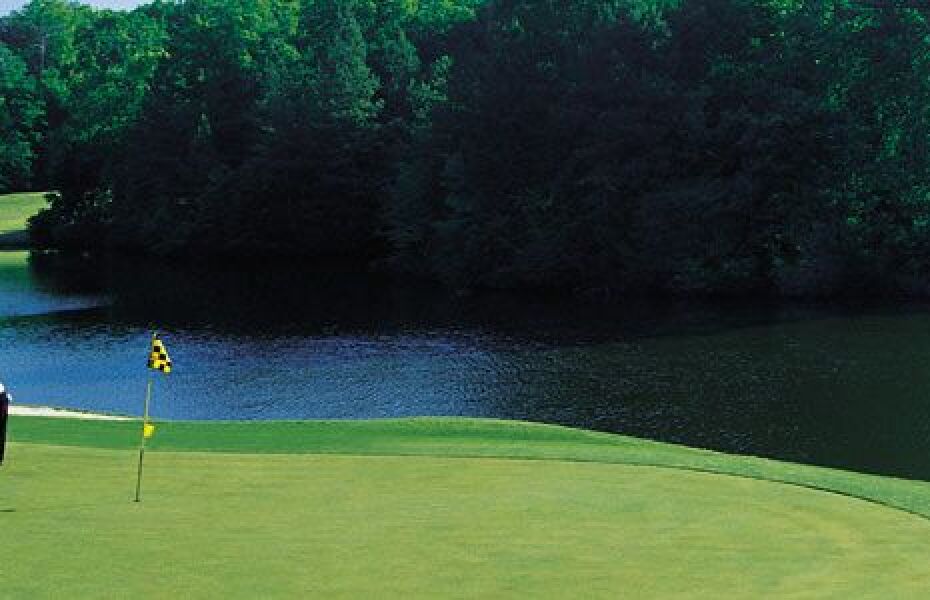