This course has potential, but that potential isn't being lived up to. It's simply not maintained. Fairways are hard as a rock from never being watered. Sticking a green is like trying to stick it on a concrete pad. The greens that are watered enough to stick one on are covered in pock marks from people not repairing their ball marks. In the rare instance someone creates a divot, there's no chance of it getting replaced. I gave this course three chances during three different times of year. I wanted to give the poor conditions the benefit of a doubt thinking that maybe the weather played a big role, but that's not it. The course simply isn't maintained by the management or respected by those who play it. Their clubhouse wasn't bad though, for what that's worth.

The course isn't bad and is actually quite enjoyable and the price has always been reasonable. I don't get out very often but I usually golf here a couple of times a year. That is over. My low rating is attributed to the very poor management and practices. Myself and a friend went out for 18 early afternoon on a weekday. The front nine went great, there were several groups ahead of us but it moved along very well and even though it was two of us with a cart we never had to wait. When we made the turn we ran into a group of 5. After waiting behind them we decided it wasn't worth the wait and skipped a par 3 they were taking forever to play. We made it a couple more holes and ran into more slow groups that were not on the front nine. After a lot of waiting we just called it a day. When we went into the club house to let management know about the issues we were met with discourtesy and belligerence. We were told that there isn't a problem and that we were just looking for a free pass. I don't get out often so I when I do I'd just like to have an enjoyable round. Don't assume that if you are playing 18 that you'll be able to play the back on the same day or that you won't be stuck behind large groups. And whatever you do don't question course policy.

Worst course I’ve ever golfed at

The only reason the pace of play was so great was because there was literally not a single other person on the course at the same time as me at 1 p.m. The tee boxes had no indication to what hole it was as I struggled to look at the map on the scorecard after every hole. Every Teebox was scorched and had about 100 broken tees littered everywhere that you had to move out of the way so you didn’t step on them as you swung. Fairways were patchy, if you unfortunately missed a fairway and landed in the rough, it bounced so high you would’ve thought you had a cart path they were so rockhard. Overall for $25 my experience at this golf course was the worst I’ve ever had. You shouldn’t have to struggle to find out if you’re hitting on the right hole or not! I do not recommend this course whatsoever, you will be disappointed if you golf here.

Could be a fun course with fun layout but the pace of play was terrible and some random kids tearing up the course on a golf cart. Low funds hold this course back I am sure.

Equipment on every hole!

Had an 8 am tee time. Literally every hole, except for 2, had either a tractor or mower on it. I’m not a good enough player where I need anymore challenges on a course like this. I had one shot that I had to take with a mower running 4 feet from my ball. It’s a shame because other than some mud here and there it’s a nice challenging course, but we won’t be returning because we’ve never seen anything like this.

u3508586
Played On 05/05/2019
Reviews 1
Skill Intermediate
Plays Once a week
I Recommend This Course
3.0
Previously Played
Wet weather
Used cart

Overall, the course was nice and the staff was very friendly and accommodating. Early Spring rains made it incredibly muddy so some areas of the cart paths and some holes were impassable. In other areas, the grass was pretty long resulting in more than average lost golf balls. There were several water pumps throughout the course so the staff was working hard to eliminate the excess water. I liked this course and will go back again provided I can acquire another deep discount for 18 holes with cart.

My only complaint about Fallen Timbers was that some of the greens were in poor shape.Lack of rain in the area has been a problem.

Pace of play is usually a problem

The course was in ok shape. Pace of play is usually an issue at this course. I have played in the weekend morning and weekday twilight.

Clubhouse was nice. Course layout, decent. Course conditions, POOR. Losing a number of greens as they are burnt out. Fairways, brown. Tees, brown and hard - could barely put a tee in the ground. This course desperately need an irrigation system.

The course was in decent shape. Tee boxes were like asphalt but the greens were pretty good. Good value and would recommend to others.

As an amateur golfer, courses like this deserve so much appreciation. I am a college student on an internship and having a cheap, decent place to golf is incredible. Being able to schedule a tee time 30 minutes before, hopping on a cart, and put in a solid 4 hours on the links makes for a great Saturday.

Better than years past

Used to play this course as a kid and the condition of the course is much better than it has been in the past. Pace of play was pretty poor as there was a foursome playing a scramble that could hardly move the ball off the tee. This led to a lot of bouncing around between holes. Overall good experience though. Great value for the money. 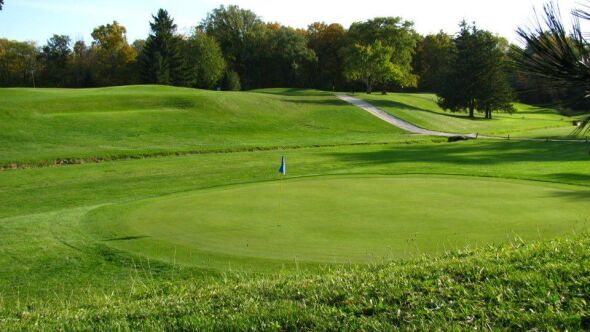 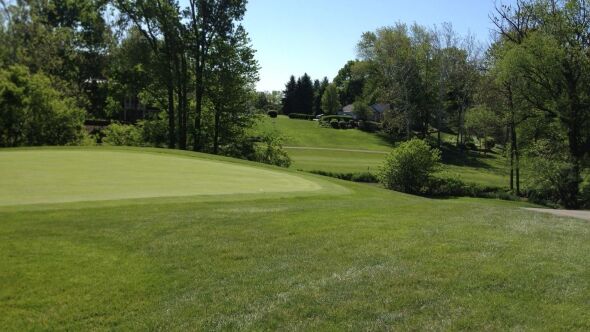 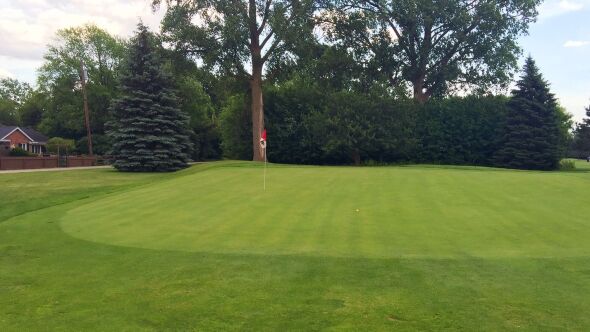 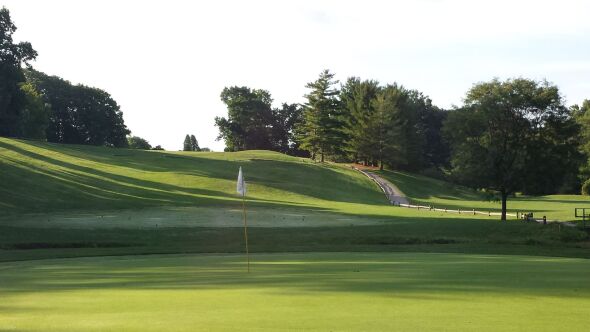 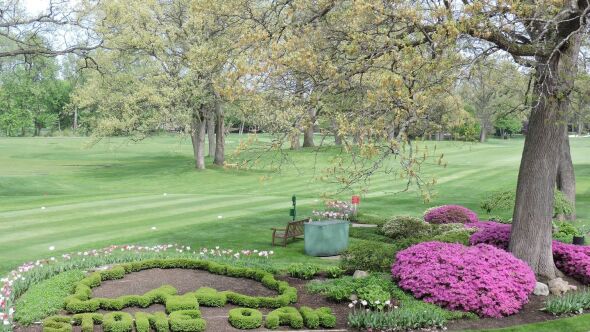 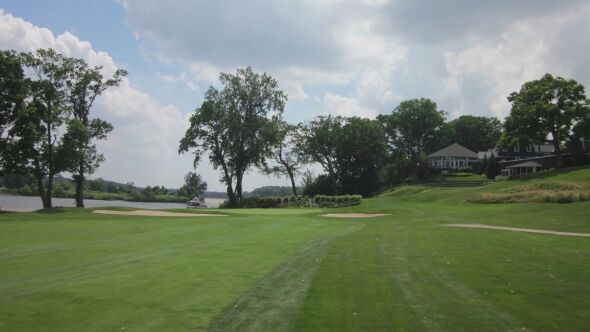 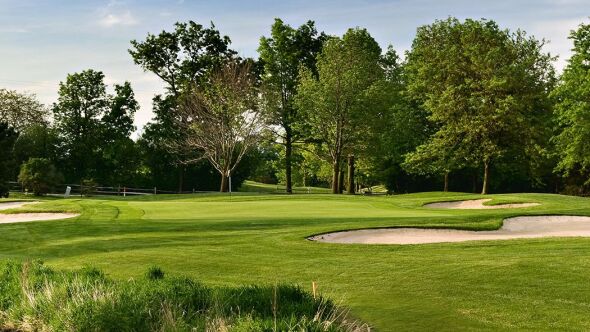 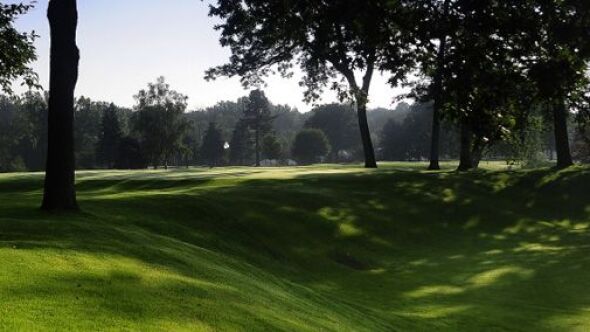 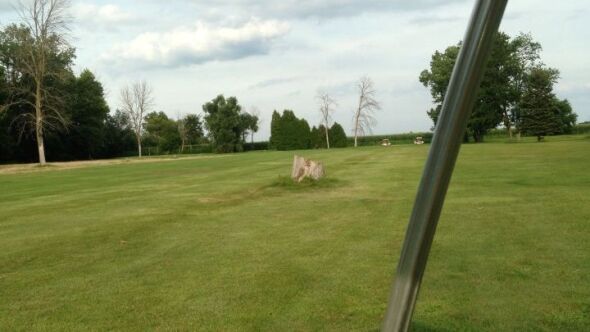 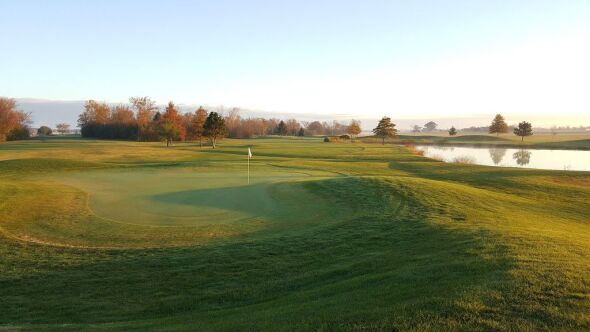 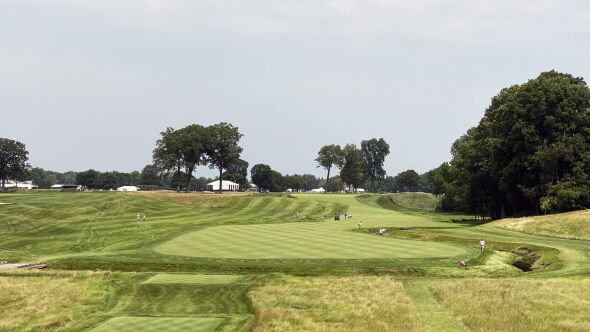 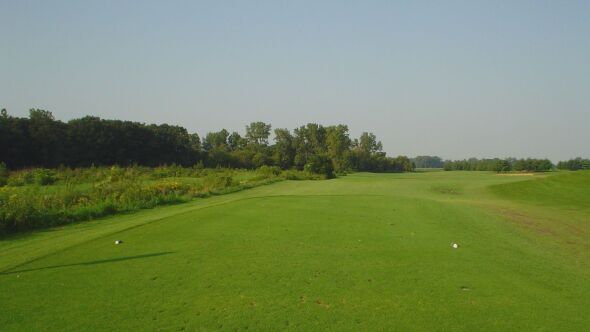 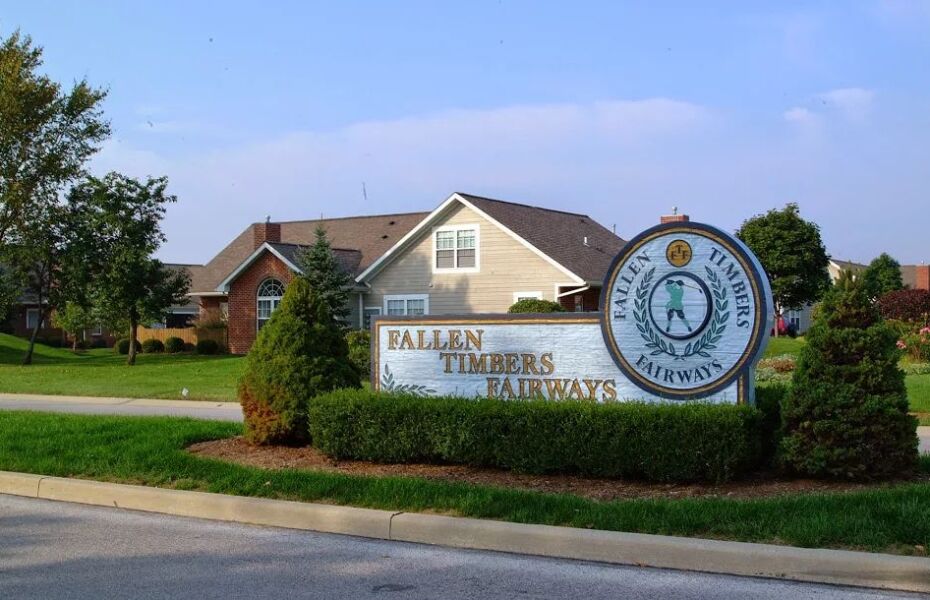 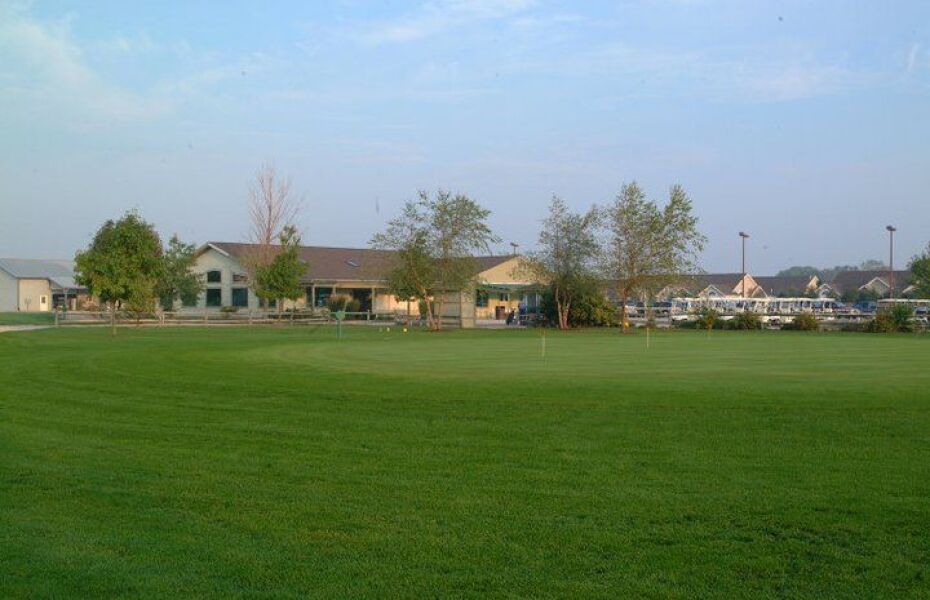 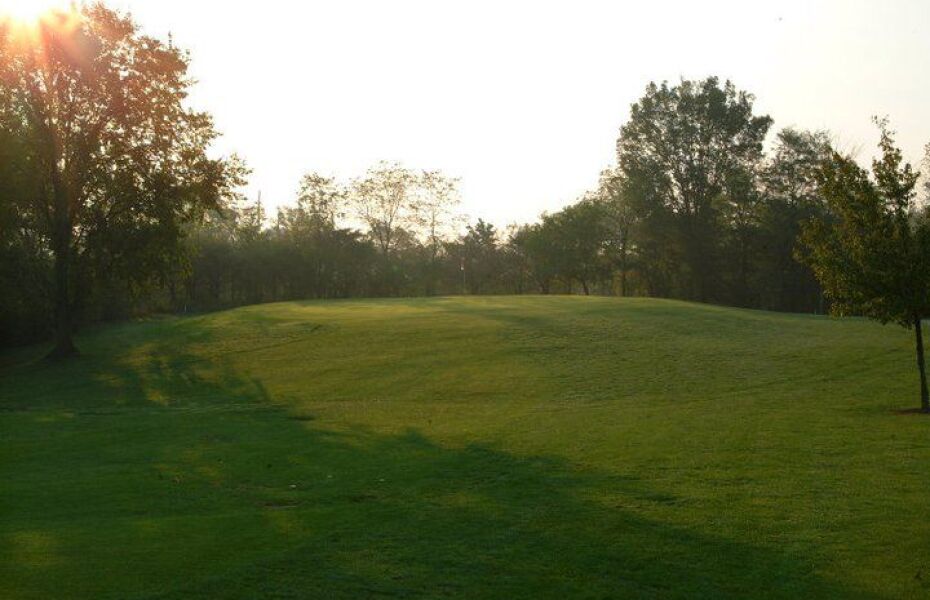 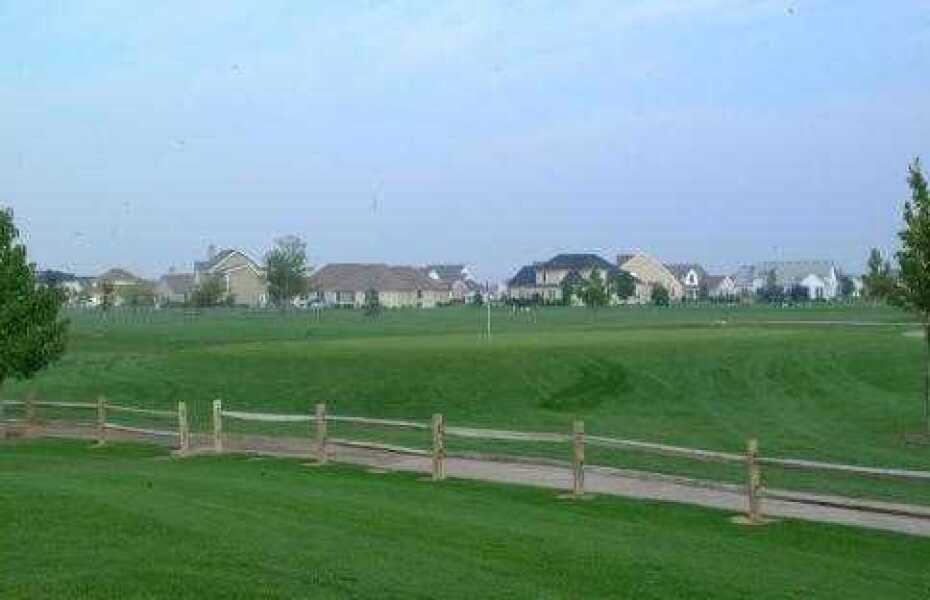 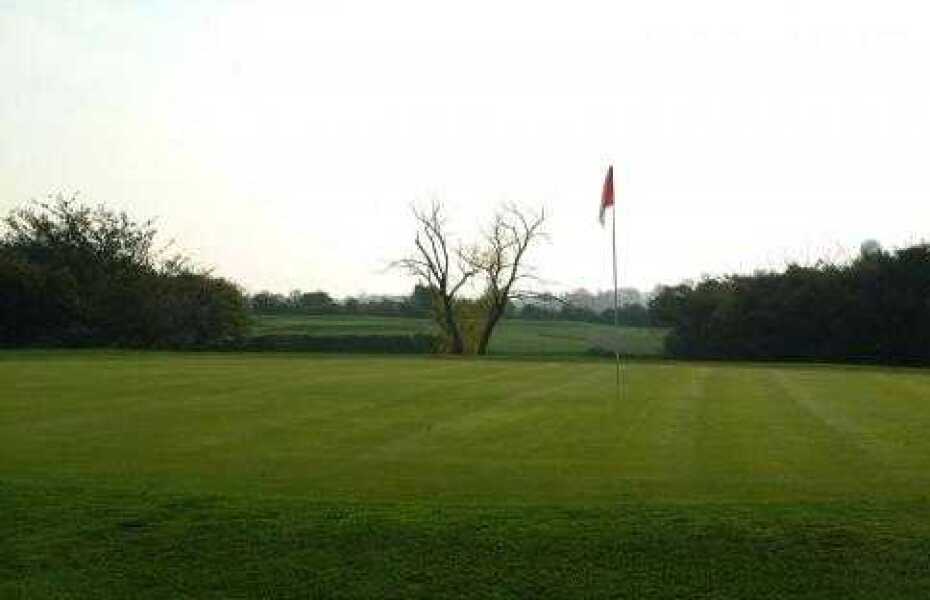