Course Challenges Include:
Elevation Changes 7
Thick Rough 7
Undulating Greens 6
This course/club is great for:
Wildlife/ Scenic Views 6
This Course's Location is:
At a Resort 6

it is late in season and with that in mind, course in very good shape, some bare spots fairways and around greens, but for november if good shape. weather in 50's and the ball didn't travel as well as it should so course played little longer, had to move up a tee to have chance hitting greens in two. with all that it was still very nice course some fairways weren't very forgiving, a good drive end up in rough or worse as most fairways are sloped and even with ball not rolling like it would in the summer some rolled through and into the rough. got off over half hour early and had no one in front of me was done in little over 2 hours, will be back when weather gets warmer next year.

Very nice course and layout. Some of the people shouldn’t be on this course. We had a bunch in front of us playing a scramble which should be faster but they were actually slower. A few of them I was watching in front of us, since we had TIME to watch, looked like they never golfed in there life. It took us 5 hours and there were a lot of groups behind us so I’ll bet they didn’t get 18 holes in because we just made it before dark. Very fast greens and what I thought were unfair pin placements. If it didn’t go in the hole it went off the green some times. Wicked fast. The people that work there are the best though. Very nice. I would go there again if the pace was faster. It will test your game for sure. Very tight mainly on the fairways. Wicked doglegs also.

The course itself is in fantastic shape. Would have been nice to have really gotten to play 13-18. After hole 2 we started to back up. By time got to hole 7 we had 5 groups all stacked up. There were a group of 8 playing together then had 3 groups of walkers in front of us. Took 3 1/2 hrs to play 9. We started few mins before 3 and never got to finish our round before dark. Can’t believe they allow this on a sat afternoon. Never seen one course ranger the whole time. Would expect this on a goat farm course but not one of this caliber. Drove almost 3 hrs to play 12 1/2 holes. Been wanting to play this course for long time and was very disappointing to say the least

Just wanted to update on here since my round.General Manager Danny Ackerman contacted me and apologized for the slow play issues we encountered. He also went out of the way to arrange a make up tee time to replay. He didn’t have to do that and thought it was a class act. Thank you Mr. Ackerman

Course was beautiful. Greens were superfast. I was just not a good day. Slow players that refuse to let faster groups through. It took 6 and a half hours to play 18 holes. Unacceptable. Some kind of party going on at the club house and you could here people screaming and yelling all over the back nine. Very rude and I cant believe course management allowed this to go on. I won't ever golf here again.

Yes I forgot to mention that in my comment about the loud drunks on the deck hollering and screaming. Must have been one of the groups stacked up with us on 7. Horrible golf outing

First time playing the Jones course, and really enjoyed the layout and the reasonable challenges that the course offers. I am looking forward to playing it again in the near future.

I did play this course instead of another due to the great savings discount offered through the Golf Now application.

We played on a Tuesday afternoon where there was limited play, which led to another great experience in our pace of play.

The resort was easy to get to for starters. The staff was very helpful and courteous. .A very nice layout in a nice scenic area. All areas were well maintained, allowing for decent lies when I had my misses. The greens were consistant in character and were a bit tricky sometimes making for a nice challenge. It was well worth the trip, which we will definitely make again

First time on the Jones course. Beautiful day, beautiful course, beautiful scenery! Starter and staff very friendly and informative. I would have given an overall rating of 5 but the pace of play was slow... almost 5 hours and you lose your rhythm while waiting to hit.

This course is still undergoing some conversion to bent grass fairways. Still quite a few greens and fairways with bare spots throughout. Many of the longer par fives on this course have really awkward designs where you will need to hit shorter irons off the tee. Be prepared to take extra golf balls as they have a tendency to plug even with drive to the middle of the fairway.

Had nothing bad to say about it beside the pace of play. It took 15 minutes to get 2 gatorades and a snickers because they only hadn’t one staff member working the bar area.

Hi Tyler - We apologize for the wait. We understand that it is unacceptable. However we do enjoy hearing that you had a great round. We hope you had a great rest of your visit at Oglebay. Thanks again!

Played the Jones course. Nice course to play. It was a little windy but really warm. I don't think it should cost as much as it does before the twilight rates kick in.

Hello! We would love to host you during our twilight hours of play. Thanks for the 4 star review and for taking the time to play our course. We hope you had a great round and look forward to seeing you back on sight soon!

Played with my son and 2 other gentlemen today after driving 1 1/4 hours. Last time I played was 25 years ago. Layout is pretty nice and challenging. However fairways were burned out. Couldn't believe my eyes! When inquired about the burned out fairways, started and ranger indicated local municipality did not allow them to use city water to water the fairways. Probably because the bill was not paid. So for 9 days in all of the heat the area was under, the fairways suffered. Greens were OK. Not the fastest, but OK. Went to clubhouse and voiced displeasure. The lady behind the counter was very nice to talk to and she asked if I would return this year. I stated not until conditions improve. She gave us a rain check for 2 players since we were not real happy. Class act!! I would not play Jones course until conditions improve.

Thank you for the review - I am glad to see you were given a rain-check round as we want all our golfers to have the best experience possible.

Please allow me to shed some light as to why our course is in its current condition. We recently faced water restrictions mandated in response to the failure of the County water tank (which feeds our irrigation system). This led to increased demands put onto the City’s water supplies.

In turn, our golf courses received water levels significantly below normal needs. It also coincided with the hottest and driest time of the summer.

We pride ourselves on being straightforward with guests. Our team is working tirelessly to restore Oglebay’s championship-level conditioning standard. While I assume you we paid our 'water bill' we hope to see you back at Oglebay to use your rain - check round. 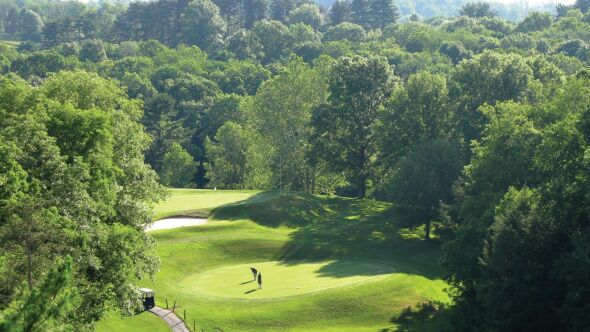 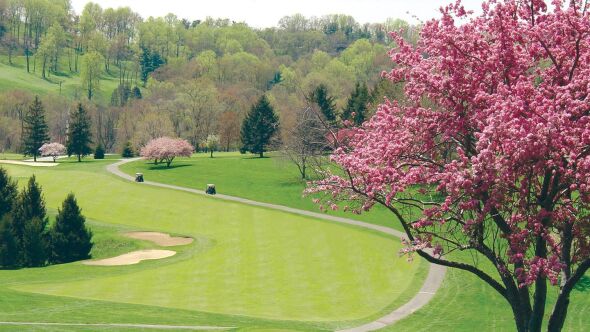 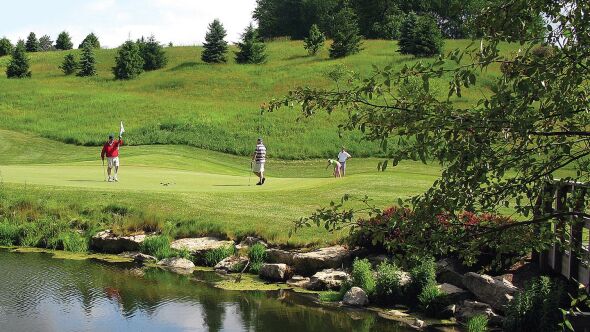 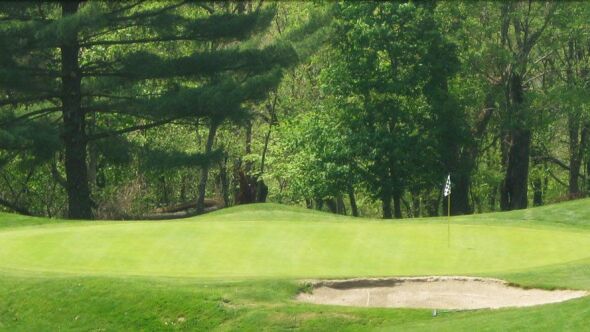 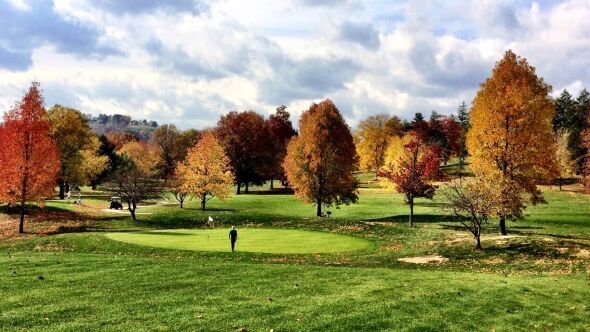 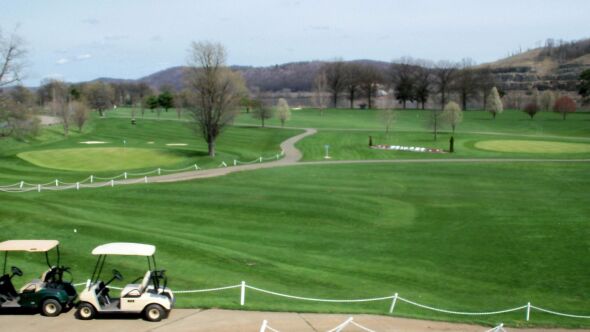 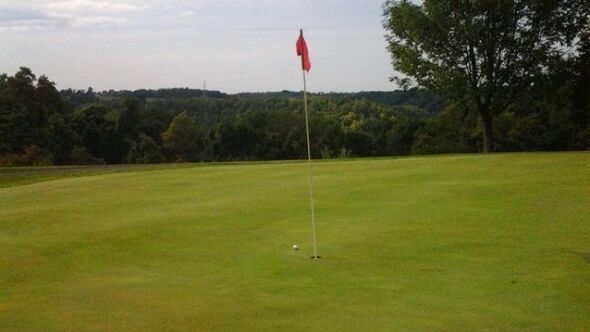 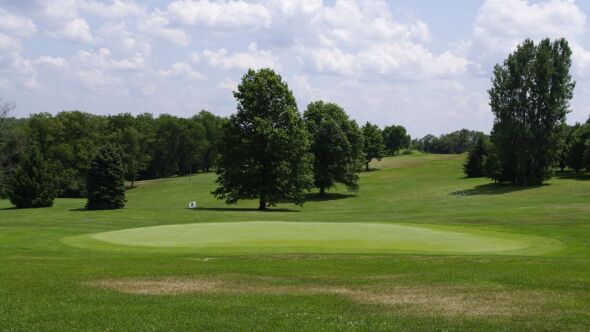 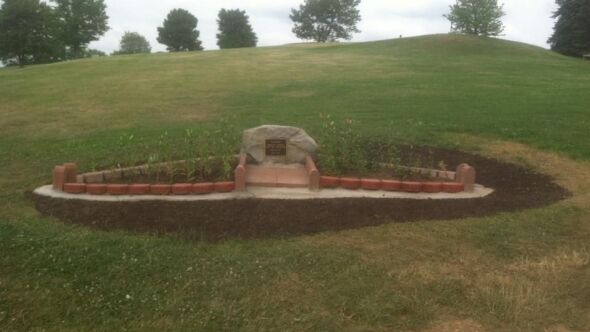 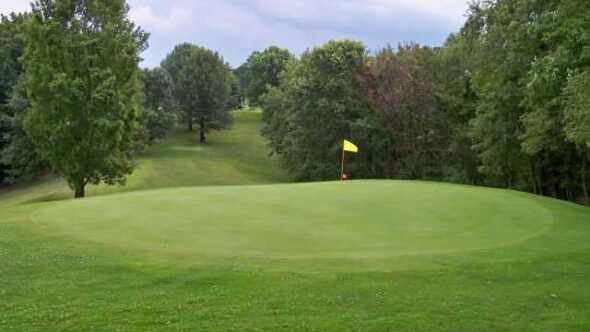 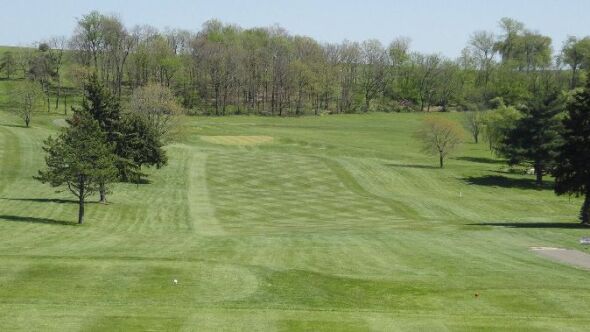 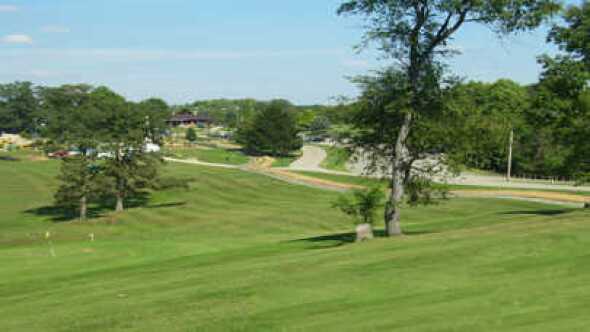 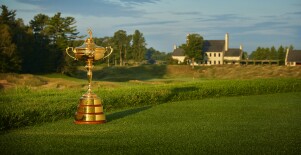 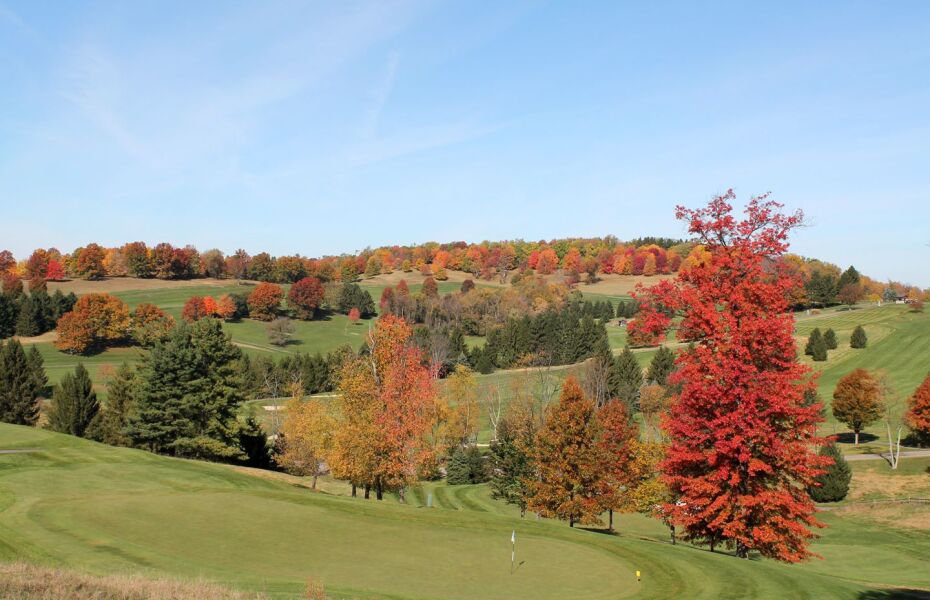 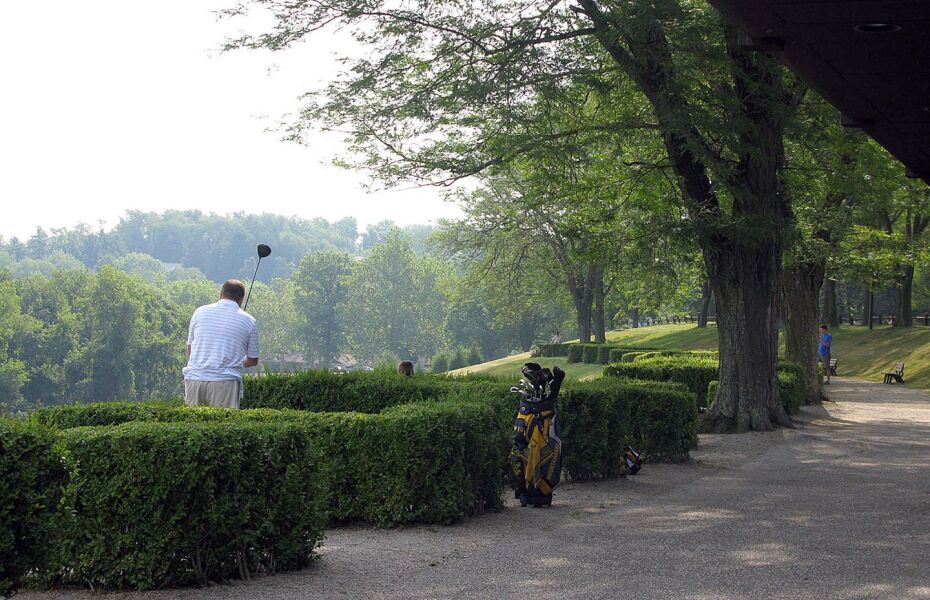