Course Challenges Include:
Forced Carries 10
Elevation Changes 9
This course/club is great for:
Wildlife/ Scenic Views 9
Advanced Golfers 6
This Course's Location is:
Worth the Drive 10

Above the Clouds is Incredible

Fantastic course with incredible customer service. Bag drop crew was great, pro shop crew was great, servers & hostesses were great...everything & everyone was great!!!! One of the my most enjoyable golf trips. The short course was really fun to play, but the big course is awesome! Bring your A++ game. I still don't know what club to hit on #18.

Even better the second time around.

McLemore, a Highlands Course emboldened by canyon holes and punctuated by cliff holes, is well on its way to seeking entry into the Top 100 American Public conversation.

The course is actually private, but benefits from a model similar to Old Waverly, Shadow Creek, Bay Hill and Reynolds Plantation that offers public playing privileges for guests staying on property.

The COVID crisis has stalled the full build-out of the resort. Management, however, has set its sights on developing into a destination near Chattanooga that will draw players from Atlanta, Birmingham, Nashville and all points in between. Currently, eight properties are available on-site to rent for stay and play, and a hotel is slated to be completed within two years. Plans for a second course (hinted at being walking only) within the next 24 months along the bluffs would further bolster McLemore’s resume and seal it as a must-visit.

That, however, is the vision for the future. The focus of the development is a reimagined layout authored by Rees Jones and Bill Bergin. I never played the original course, known as Canyon Ridge, but I am told the architects softened the course’s bunkering and massaged the greens. The biggest thing they did was create one of the most memorable and breathtaking finishing holes in the United States. More on that in a moment.

What is unique about the course is the genius in the routing. The recipe of Highland holes, canyon holes and cliff holes gives the player variety. Playing billy goat golf on the ridge of a mountain would be exhausting - physically, and perhaps moreso mentally. The opening hole is a benign par 5. Once players reach the green, however, a view off the left side of a seemingly infinity green into the vast valley below offers the promise of what awaits in just over four hours: another otherworldly cliff hole.

As would be expected, there is an abundance of elevation change, dramatic at times like the par-3 third hole and the par-5 sixth. In fact, were it not for the peerless 18th hole, the sixth likely would be the signature hole. I have no evidence of this, but after playing the hole and looking back at the canyon setting for the green site, I couldn’t help but think that perhaps in the course’s genesis this was originally conceived as a par 3, and then maybe someone had an epiphany and said “there are many par 3s that play off a precipice with a parachute-like descent, but how many par 5s exist with an approach like this?” If so, I’m glad this thinking prevailed because it does harken comparisons to the second shot on the eighth at Pebble Beach. It also gives Wolf Creek vibes if there weren’t so many trees around. It is a shorter par-5 that should produce plenty of birdies, but beware, tee shots seem to roll out farther down the fairway than the distances posted on the tee box.

There is tremendous width on most fairways, unusual for a mountain course. This tempts you to pull driver consistently, but it is not necessary. Four-irons and 3-woods are pretty sporty to conducive scoring. What would be considered as vanilla holes - holes that get players from one photogenic hole to the next - are sneaky good. Rock outcroppings in the fairways and pushed-up greens with confounding movement protects par on them.

The conditioning of the course is fantastic. The fairways were lush and the Bentgrass greens really thrive in this elevated climate.

There is a compact range and a putting green and six-hole short course reside to the left of the clubhouse-in-progress on what used to be Canyon Ridge’s finishing hole. That leads to the highlight and culmination of a round at McLemore.

Bergin climbed down the side of the old 18th and discovered amongst the foliage a suitable topography for a mind-blower of a finishing hole. It truly is one of the few holes where it is hard to describe in words, and prompts one to simply give way to letting pictures describe it. Alas, I will try. Sweeping views of the valley floor far below greet you on the tee box. It firmly plants a “don’t-go-left” swing thought in your head that will reside there until you are safely on the green. Aim your tee shot over the rock pilings that appear to be too right of the fairway. It’s not. Everything funnels back left off the surrounding slope. The approach shot is like hitting to a bird’s nest on a cliff shelf. Do not be distracted because trouble abounds. Do take the time though to ingrain that view into your mind. It will stay with you.

The Canyon Ridge course closed for renovations and will be re-opened as The McLemore Club. The old design has a lot of blind shots and very hilly. The hills will obviously remain but the plans are to fix some of the holes to make it more playable. Let's see.

What a beautiful and challenging course! It doesn't play as long as its listed but you will be thankful! Most holes are down hill, and in some cases EXTREMELY downhill. Greens may the the most challenging I've ever putted on! (Expect at least five more putts per round than normal). The mountain comes into play on how the greens break and even then you are never quite sure. Slopes that appear uphill may play downhill, etc. It's mostly a second shot and short game challenge. Conditions were excellent! Staff was super friendly and helpful. We played with the turning leaves at it was magnificent! I took almost as many pictures as I did swings!

Thanks for leaving us a review. It's great to hear you enjoyed your last visit to the course. We enjoyed hearing about your round and seeing the great pics of the course. Thanks again and we hope to see you soon.

Must do golf outing

I recently had the chance to get away for a couple of days and play golf with an old college friend. I live in Chattanooga and he lives in Birmingham and after a quick Google search we decided on meeting somewhat in the middle at Canyon Ridge. I called to get a tee time and the staff was very helpful and aided in our search for lodging.
The course is quite challenging and has scenic views at every turn. The staff were very helpful and accommodating. We got in 36 holes that day and I can't wait to get back for more. Green fees and pro shop merchandise were very reasonable. Absolutely the best golfing bang for the buck that I have found.
Richard

Hi,
Thanks for leaving us a review. It's great to hear you and your friend enjoyed visiting the course. It's important to us that we have great customer service and affordable prices and it seems you found the course quite accommodating. Thanks again and we hope to see you soon!

I had been wanting to play this course for a couple of months after hearing really good things about the course. Got off early on a great fall day and made the almost 2 hour drive. I was not disappointed. Beautiful views on top of lookout mountain. Course was in really good shape. Liked the greens a lot. Punched the greens 3 wk prior and they had come back nicely. Course was wide open. Was able to pair up with another single and we tore it up. Fun course, lots of elevation changes. Will make the trip back.

Hi, we appreciate you taking the time to write us a review. We are so happy to hear you enjoyed your visit. We know there are a lot of courses in the area and it is amazing to hear you drove almost 2 hours just to visit us. Thanks again and we hope you can visit us again soon.

There are many elevation changes throughout this course. Local knowledge definitely comes in handy here. Enjoy the beautiful views around all 18 holes.

The scenic beauty of this course is amazing! The course itself is visually intimidating, but playable. Many of your drives from the elevated tees seem to hang in the air forever. The greens had been recently aerated and were a tad slow. The fairways hadn't yet greened up, but we didn't mind. I will definitely make a return trip to play Canyon Ridge again!

Beautiful golf course with a fair degree of difficulty on several holes. A couple of fairways are blind from the tee but the course is on the east brow of Lookout Mountain. Holes 1,2,6 and 18 are majestic. Several holes are unforgiving with multiple hazards. I have grown fond of the challenges.

Some fantastic golf. There is something for everyone. Long par 5, and challenging par 4, and 3s. And breathtaking views from top of Lookout Mountain. I want to do this course again.

This course is a must play

Course is in great shape and was worth the drive from Atlanta. The scenic views were amazing. The greens were in tip top shape and pace of play for a Monday afternoon was nothing to complain about. If weather permits, we will definitely play again. If playing from the tips you are in for a challenging round.

This is a course you have to play a few times to get a feel for, but it's always in great shape and you cannot beat the views!

Beautiful mountain course in great condition. We played the white tess and hit into hazards off the tee with driver we didn't were there. Would play the blue tees next time.

Great course in the mountains - but only 30 minutes from downtown Chattanooga. I played 18 in under 3 hours. Scenic beauty - 10 of 18 holes could be signature holes on most courses. Good mixture of holes. Greens were exceptional!!! The back nine some of fairways must have had some fungus problem as about three holes were rough. However the rest of course was it tip-top shape. Only two negatives - could never walk the course - from green to next tee sometimes more than 500 yds and much too hilly.. The other was the ninth hole does not go back to clubhouse - however they have great halfway house!! Best bang for buck in TN...

Fun course to play. Can't wait to play again. Hole #6 is a fun par 5 with a blind second shot over a cliff. Wow!

A unique course. Quite difficult but we didn't mind as the views were spectacular. One of the best mountain courses I have played.

Course was great but early fog was not good. greens aerated. putting bad.

The front nine was great!

It was a beautiful day when my wife and I teed offed, but then a cloud came overhead and brought his friends. We ended up with a 9 hole rain check. The course is really challenging, but beautiful.

100 dollar golf course for only 25 bucks

This course is challenging. Very challenging. But the views are awesome. Course is in top shape. I've played $100 courses that don't hold a candle to this place. And they have some of the best BBQ in the south at the half way hut. Will be going back soon. 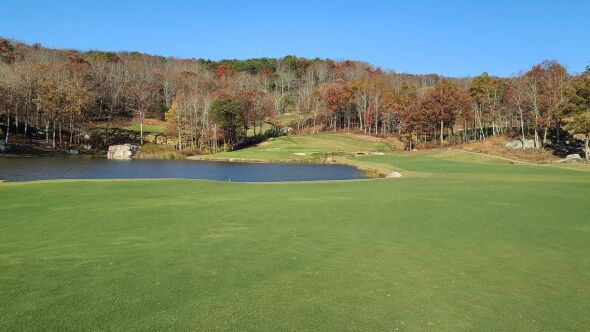 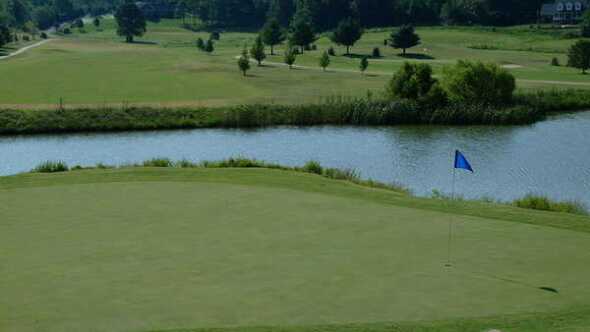 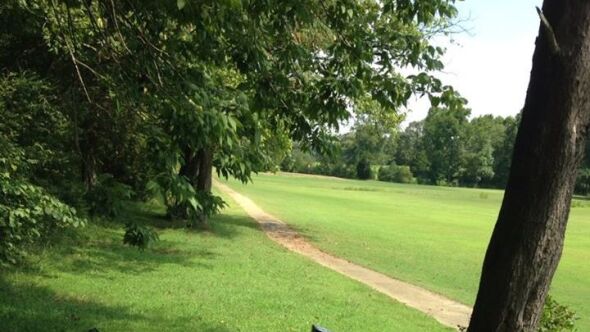 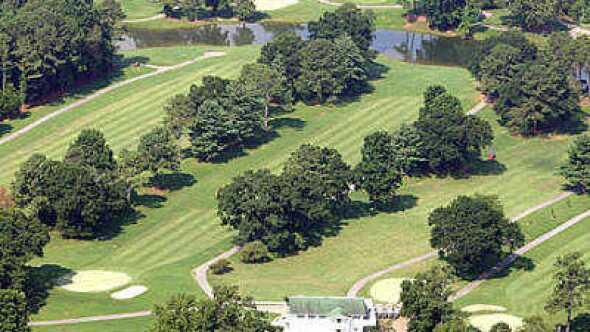 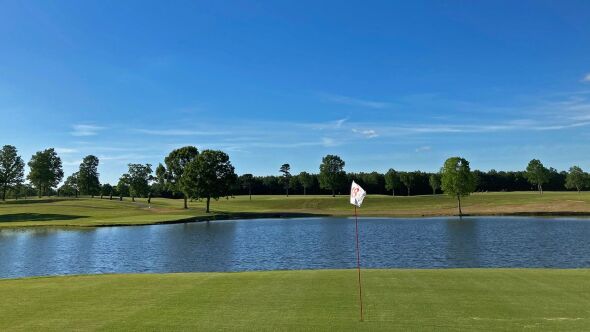 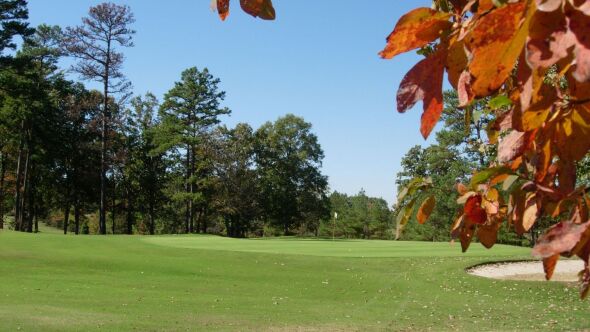 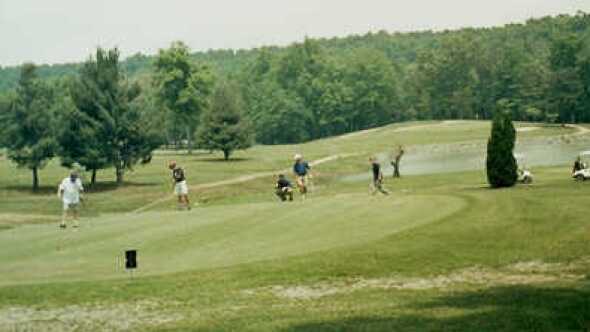 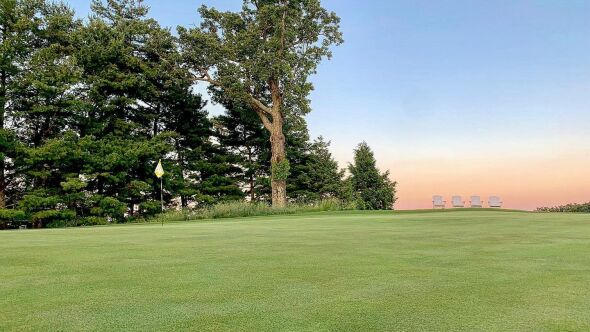 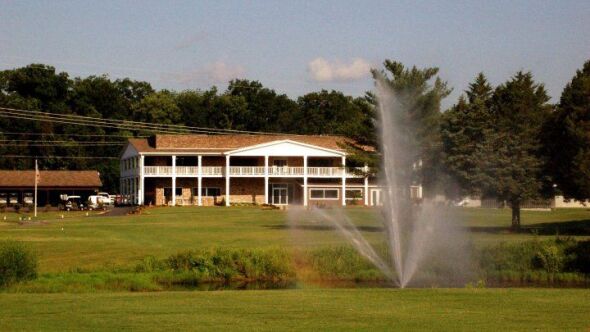 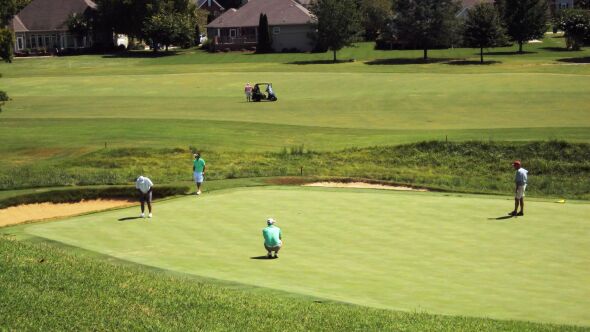 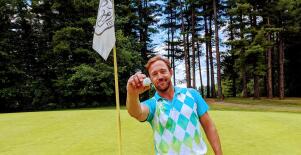 Photo Galleries
The best photos of the month from our reviewer community for June, 2020 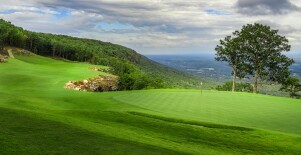 Articles
Secrets from the World of Golf Travel: November 2019 Articles
The Club at McLemore: Golf above the clouds 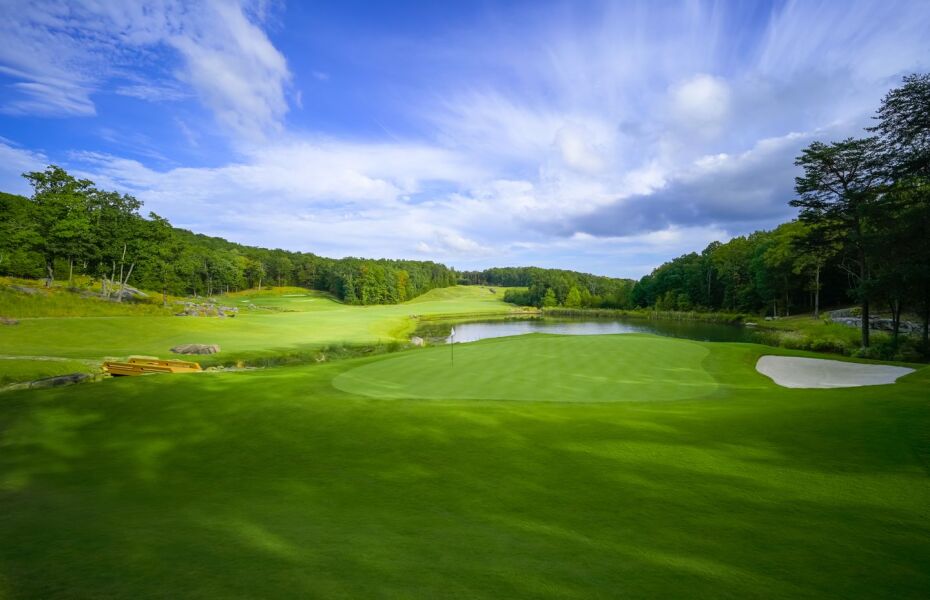 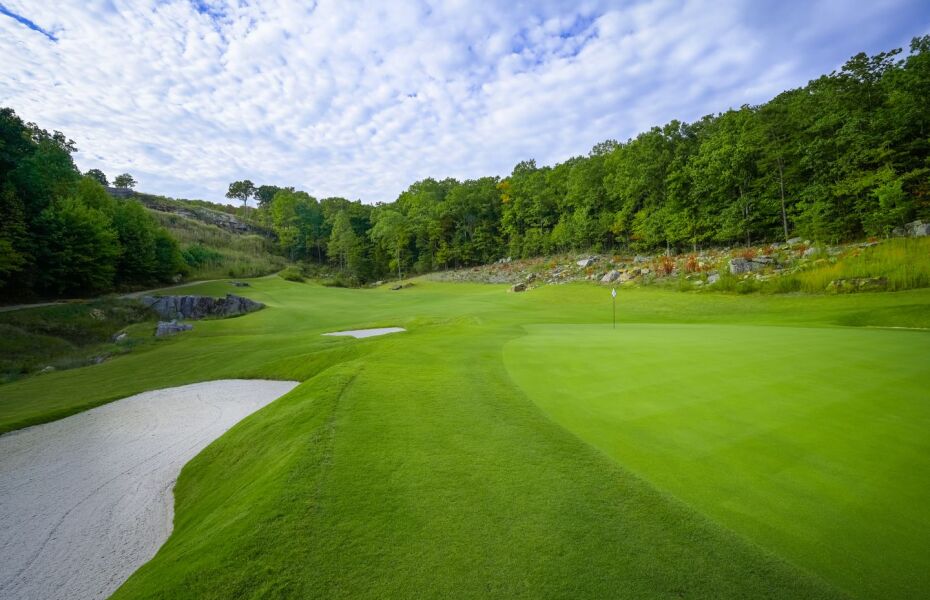 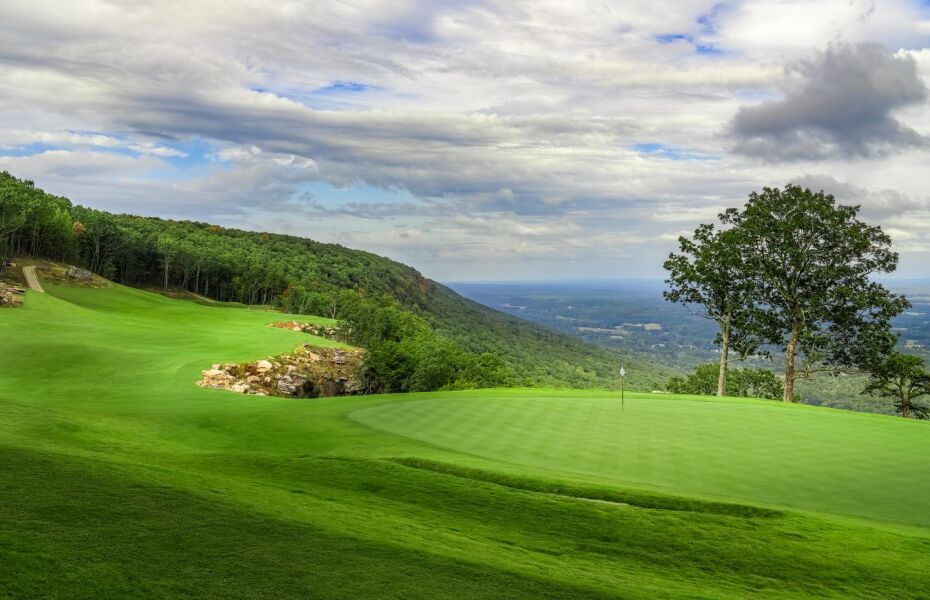 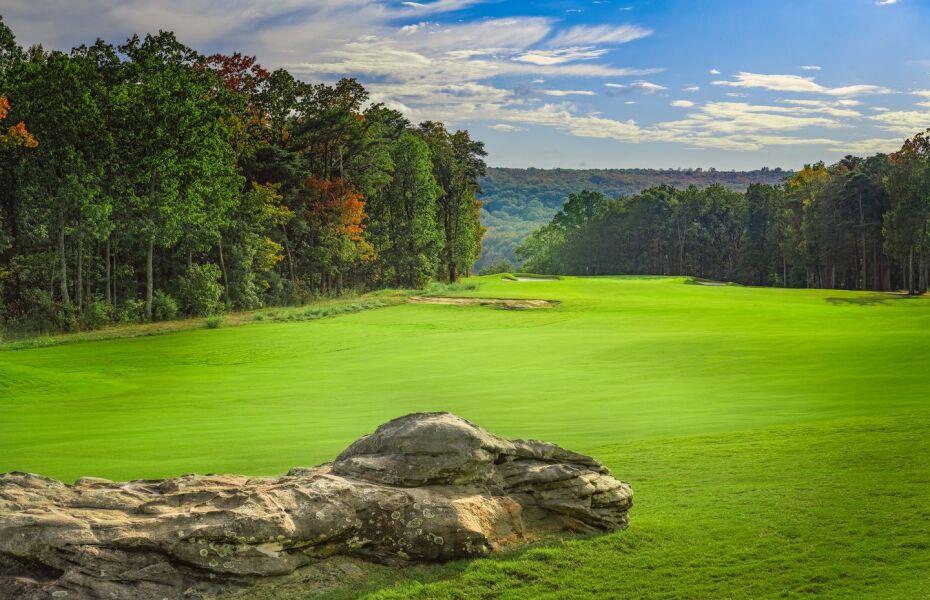 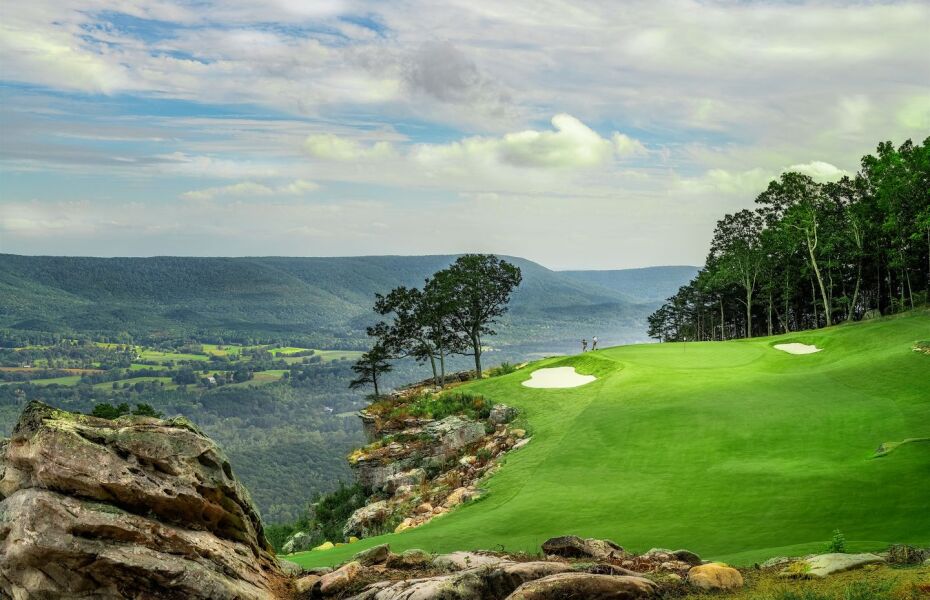