Could have been a realy good experience

Course was not expecting us, they indicated problems with Golf Now. Greens were aerated and bumpy.

To start no coffee and no hotdogs just candy bars and chips.
Course was ok

They were doing some work on the greens so half were in good shape. People need to fix their ball marks which is not the courses fault. Overall the course was in good shape. Rough was deep. Hard to find balls that roll off the fairway.

Nice course with a great layout. Has had some rain lately but sand seemed to be nonexistent in the bunkers. Friendly staff and will definitely play again.

Staff had an attitude

I arrive 1 hour early and when I showed them the pre-paid voucher, they threw a fit. They told me that all of Golf Now they had seen was not pre-paid. (I know this is not true, I've used it several times at this course). There was an outing that was finishing up and the course was very upset that everything was happening at once and that four people showed up to play and only paid $15. When I asked for a starter ticket, they said they didn't have a starter. I was on my own. I found three other people that had the same time, although I was only scheduled to play with two others. The others that I played with also got the same price and the course was so upset that they told us they was going to call GolfNow and complain and weren't going to take any more pre-paid that day.

It was terrible even though they honored the deal that they voice their displeasure with Golfnow to everyone within earshot.

The golf was good, teaming up with some wonderful people (two from Sarnia). The greens were very slow and it seems that a lot of people don't know how or care about repair divots or ball marks. The layout of this course is nice, using the housing subdivision on the back nine but the course could use some TLC. For the price we paid, $15, it was a fantastic bargain.

Don't blame it on their staff lady, understand that golf now wants to make their money like everyone else. They will book a tee time for someone and take 10 bucks whether the course charges 50 or maybe even more. You wouldn't be happy if that happened if you were a business owner! Idk how you can say poor staff, that club has a wonderful staff!

Very playable course only tight driving holes. Lots of sand but if ypu play the right tees most can be avoided. Course in great shape, to bad no one fixes their ball marks on the greens.
Greens are large and five iron approch shots were holding. Now for the trick lots of undulations in the greens but the are pretty slow so don't over read the breaks

I would have givin course conditions 5 stars if not for the pitch marks. I played very early so no back ups

Layout is good, but greens were very slow. Fairways were patchy and not really very nice. Off fairway was hard and a lot of dirt patches. This course could be really nice with a little up keep.

Fairways were not very plush. Bare grass areas. Same with greens. Course has a nice layout.

the course is very well care, Green are good, fairway are good,

Much longer back there, however it played pretty fair. No. 11 played about 260 into the wind and it was a par 3! All of the greens had a little too much undulation. Pro Shop and Starter need to work on tee time management to keep pace of play. I was a single and no one was there to pair the singles up to follow 2 foursomes? The greens were still pretty pitted in many areas. Yardages were pretty true. Could use 1 or 2 more water stations. Overall, I would return although all most an hours drive, for <$25. Bunkers were not good unless you like hard sand?

I like the course. It is nearby my home. Normal rates are a little higher than they should be but the lastminutegolfer rates are great.

Did 18 holes in 4 hours, great condition and had a blast.

Played Friday Morning with a 7:30 tee time but was the first out on the course. Large group of seniors behind us presented no problem but 3 twosomes played through them and caught us. Not sure why they weren't paired as foursomes. Course difficult first time around as not sure exactly where to position shots or where hazards are located. when we made the turn in less than 2 hours course had sent 2 foursomes and two twosomes out on the backside, one twosome of seniors teeing off as we were putting out on number 9. Frustrating as it slowed the pace of play to a crawl, had 3 groups on one hole occasionally. Great course but they need to stop sending off groups on number 10, especially as a group is making the turn

My son and I played at 7:30 am on the Saturday of Father's Day weekend. Although we wanted to play alone we certainly understood when we were paired on the tee. The course was in very good shape and the pace was good. The ranger is around often to keep things moving, though we never found him a nuisance. Nicely done Copper Ridge you've become one of our favorites locally.

Friday morning, the fairways were not mowed.. Dandelions abound in the fairway.. Played there last year and it was not in this bad of shape, shame as it was a beautiful course before...

The layout has great potential. In the past this course was a great deal and fun to play. But sadly, the care has fallen quite a bit. The fairways were mostly clover and dandelions.

I know we had a brutal winter and very wet spring. Mowing any course has been tough. But this course is way behind others I have played this year. And there is no way the weather has been the problem with treating the fairway weeds.

The course has been going down hill for a few years now. Greens were very bumpy. Sad to say I may be through playing the course.

Unless you can play for under 20 bucks, I say pass on this course.

Conditions of course are below average

Ive been playing Cooper ridge at least a few times each, since they opened. Using golfnow, I was able to score an excellent "hot" price. That price was only available for two times. The rest of the times were scheduled at close to the full rate. For what I paid, I feel as though it was a very good value. While I like the links style layout, ive seen a significant decline in the condition of this course, over the last few years. The greens are good, but the rest needs work. There were way too many weeds, the grass needed to be mowed. Our cart was having troubles and ended up stranding us on the 4th hole. However, the staff got us a replacement, with a few minutes. I give the staff thumbs up. I think this course has excellent potential in becoming great again. To do so, conditions must be improved.

Good course layout, could use some maintenance

The course could really use some maintenance, the fairways were soft and probably have not been cut this season. The rough around the greens was over grown and very punishing. There were clovers and other broad leaf weeds in the fairways. The course layout was good and presented some good challenges, but the unkept fairways made it ten times worse than it should have been.

Nice Course for the Price

Front nine was somewhat uninteresting and not as challenging as we'd hoped. The back nine, however, offered greater challenges and increased interest with shots over ponds, bunkers to avoid and elevation changes with which to contend. The fairways and greens were a little beat up when we played, but, I guess playing in October may account for that. The course is predominantly links style, with just a few holes running between trees with narrow fairways. This course offers variety, a nice clubhouse and cordial staff. They offer senior rates (over 55) all year and offer a fair rate to all players. A nice course for the price. 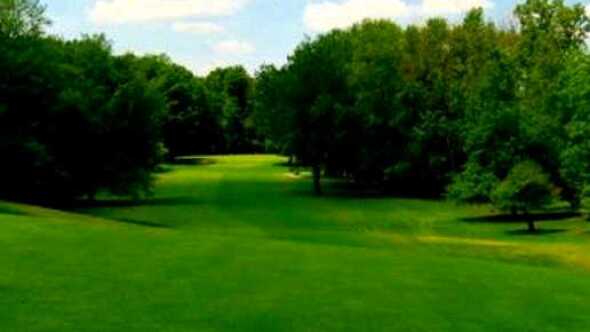 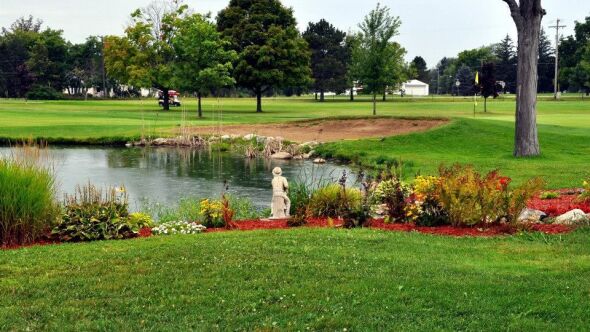 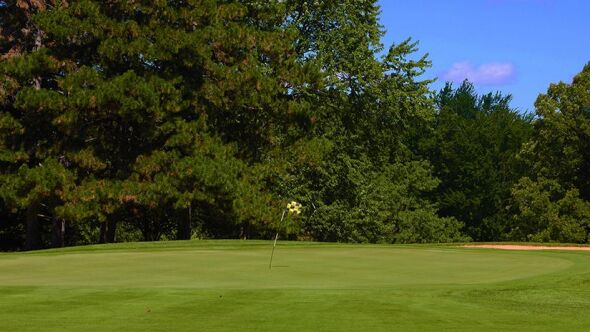 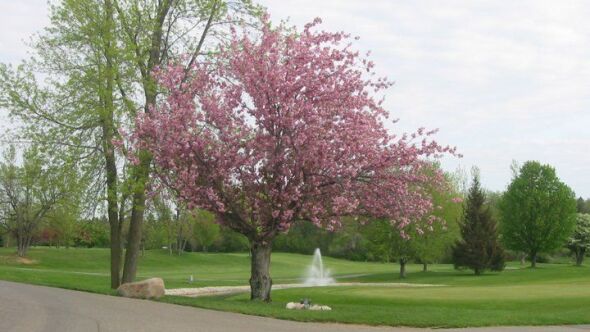 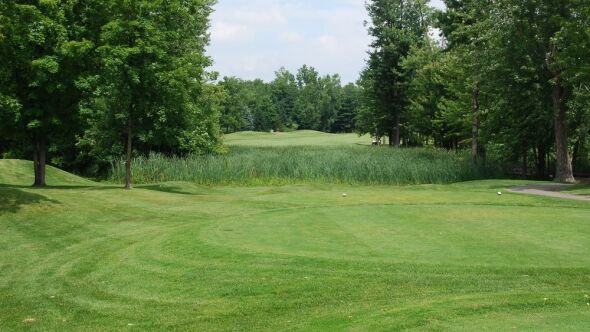 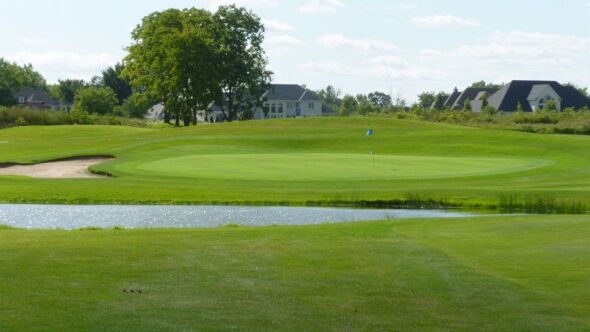 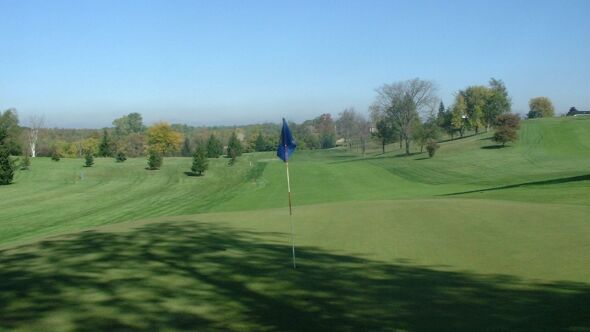 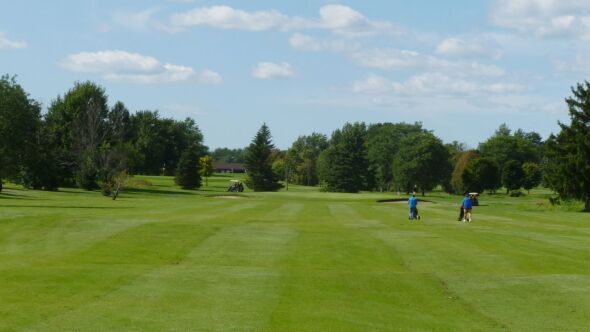 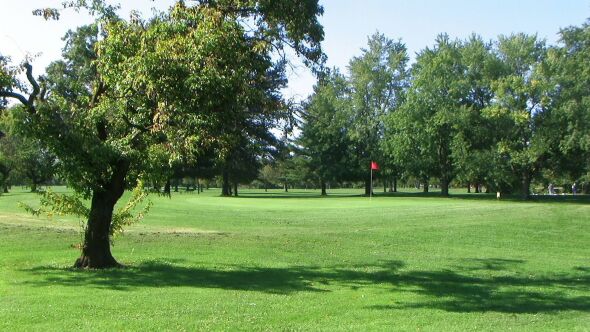 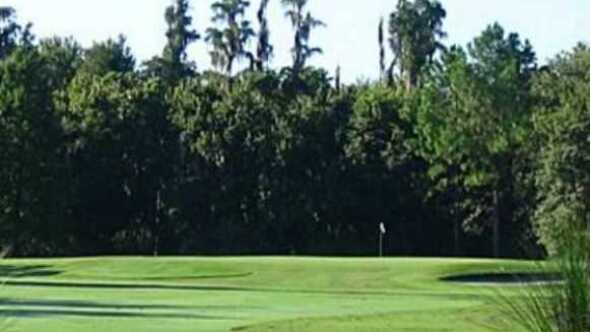 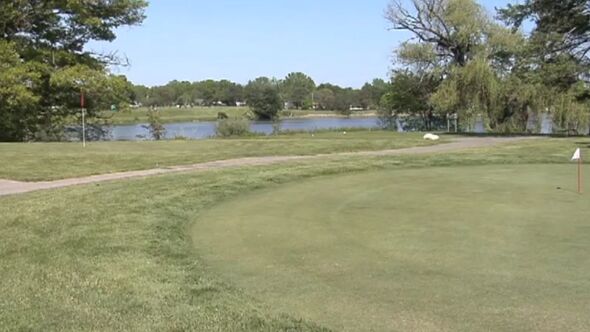 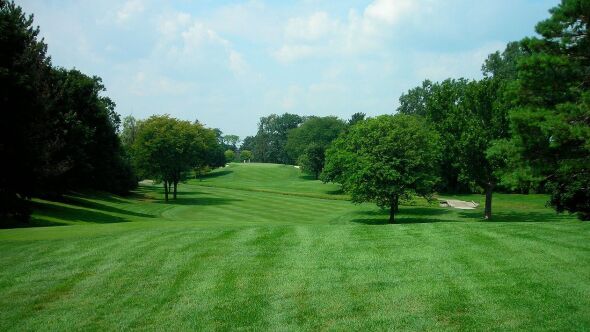 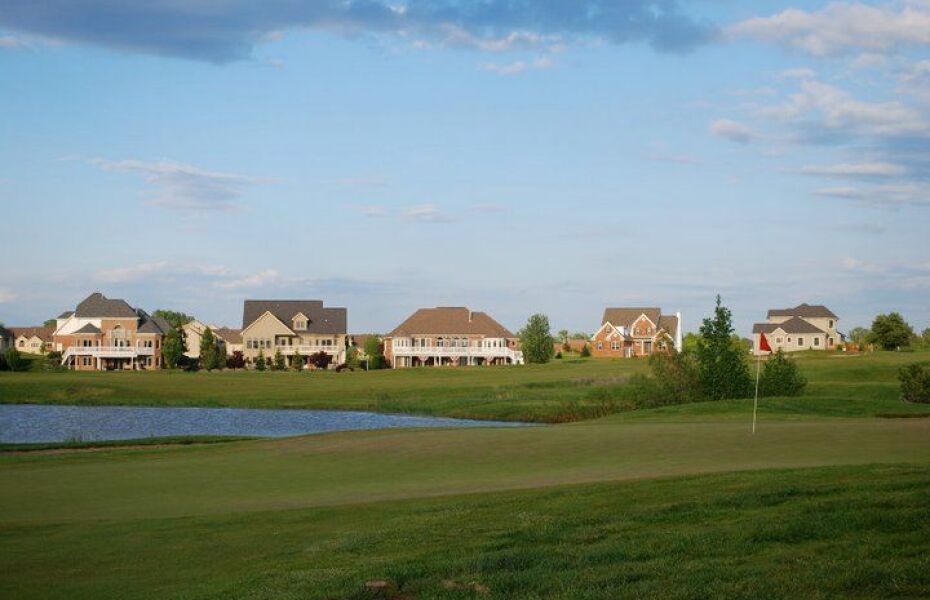 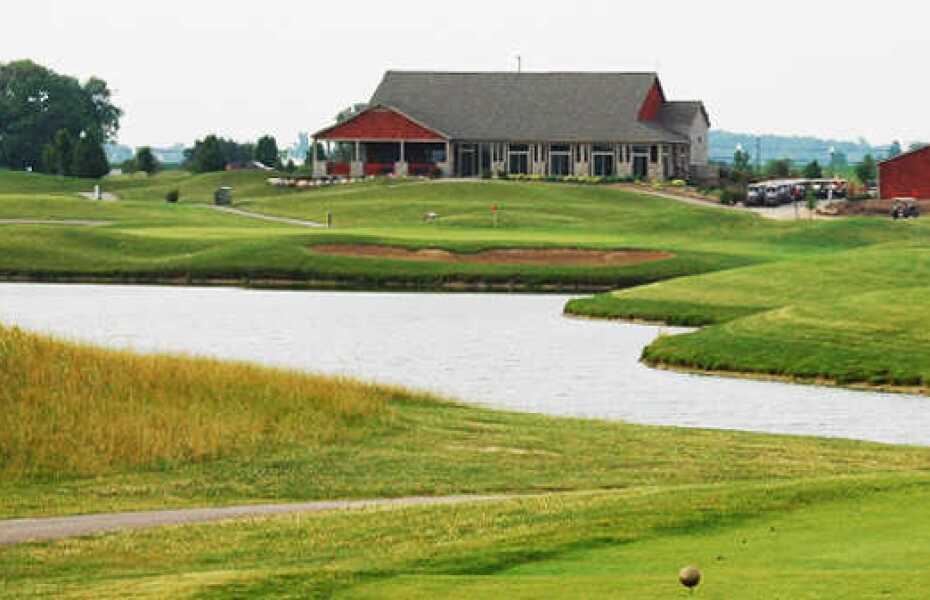