Course Challenges Include:
Forced Carries 6
This Course's Location is:
Convenient to the City 6

No doubt worst condition for a golf course I have ever been on.

I wish I checked out the reviews prior to going here. The course is in pretty rough shape: thick grass on the fairways, "sand" traps are just pits with debris, greens had crab grass on them. There are multiple carts littered throughout the course, possibly from people running out of battery and just being left where they died (at least one in the middle of the fairway). It's very frustrating to not be able to find your ball in the middle of the fairway since the grass can be tall. It felt like the course was abandoned by the ownership. The worker said that they are in a transition and the course is going to be redone when houses get built? I'll wait for that to happen before I play here again. If you go before then, bring lots of beers and don't expect to play too seriously.

Condition of course worse than horrible!

Condition of course worse than horrible! Apparently they are going through ownership changes. No money put into the course. Like playing and a dry cow pasture. Fairways and greens have not been mowed in weeks. Bunkers, well if you call them bankers were just weed filled pits. It was like playing the entire round out of the deep rough or out of weeds. Golf carts had torn seeds and were in disrepair. Golf carts park randomly throughout the golf course in case your golf cart gave out. I drove an hour and a half to play the golf course and paid $15 which was way too much.
It is sad, as I used to play that golf course years ago and it was beautiful You could get lunch drinks sodas nice place to sit under a cover driving range in good shape etc.
Just sayin!

The course was in bad shape and the carts were worse. The grass was high, making it hard to find your ball. on one cart the seat back was broke and it had a hole were you sit.

I have played this course many times over the years but yesterday was by far the worst experience I've had on a course ever. Tee boxes had uneven surfaces with ankle high weeds in some places. Fairways were deep enough to be considered roughs with no real distinction between the two. Long strips of grass left unmowed and the bunkers had little to no sand with weeds growing up throughout. The greens also were covered in weeds and on one green was a pile of sand. Concession stand was closed. Golf carts were in extreme disrepair. Even at $25 a round it just isn't worth your time.

This course has tremendous potential due to its location, views, and layout. However it is sadly in need of updating of its equipment and also badly needs enhance the maintenance of the fairways and greens.

This could be a fun course but they are just letting it go. Cart paths are rough, carts are in sad shape, and tee boxes have not been re seeded. Each year it just gets worse. I would play it a lot more if there was some care put into it as it is a challenge and keeps your game sharp.

This is the best golf view in the area and worth a visit, but I am afraid that you won't come back for a second round.

Always wanted to play this course. A friend of mine said that it looked like this course was getting ready to close down so I thought I should go up and play it before that happens. I called the golf course for a tee time as Golfnow only showed hot deals that were already taken. The pro shop said they were real busy in the morning but tee times were available in the afternoon. I drove up from Sacramento and driving in things looked ok. The person in the pro shop said that they only had carts available for the back nine so I had to walk the front nine, whew. Got 18 holes for $9 and he gave me the cart for free on the back nine, that should have told me something. I get to the first tee and the GPS shows the nines are backwards. I look at the first fairway and I am flabbergasted, where do I hit to? The fairways and this is for the entire 18 holes are now mowed. I had to look at the placards to get an idea where to hit. I am not kidding, the fairways were second cut of rough and you better hit it straight and watch where your ball hits. There were other people playing, not many and I thought what are they thinking? Were they like me, get out there and then think things have to get better after the 1st hole. I had a push cart and had to stay on the cart path it was so wet. No sand in traps, lots of weeds and water though, greens were mowed I think, the cart for the back nine I thought was going to come apart, no lie. The only thing, I wish I had taken pictures, TERRIBLE.

If your looking to spend alot of time looking for your ball in the fairway your at the right place. The condition of the course was rough. The green were putable, but the fairways were full of crab grass. I know there has been alot of rain lately but it looked like the course hadn't been groomed in some time.

Tuscan Ridge is in great shape!

I've played this course numerous times, and with all the rain and work from the grounds keeping staff, the course is in the best shape I've seen in three years. Awesome view, and very lush conditions. Greens are in great shape, and for. Saturday I honestly was wondering where everyone was. Check it out, for the price you won't be disappointed.

Other shoe about to drop

I was there the first week after it opened. Only 9 holes then, but it had so much promise. Over 15 years later and it came close to it's potential a few times. Sadly this course is about to fade away it seems. All the reviews lately mostly bad and the reasons are valid. I've played this course over a hundred times but only once in the last six months. Gave it one last shot and it's worse than ever. Too bad.

What a sad state for such a potentially amazing course. This is the only course where I lose balls in the fairway! They are not cut, nor are the tee boxes. Nothing new there. The cart died on 8th hole and had to hoof it back to the club house for a new one. Greens have a lot of dead spots. If they could get some water out at the tee boxes to drink, that would be nice. Evidently it takes 3 weeks to clean the Igloos. Just a waste of what used to be a really nice place to play.

Great if you get a deal

The course hasn't changed much since I played over a decade ago, with the exception that the clubhouse is not a trailer and there is an overpriced grill there now. Fairways are rough when driving a cart. The wind keeps the greens dry and fast, but they are a fun challenge. I think I will only play again when I get a good deal or the other courses are booked.

When built I think this was meant to be a high end course. My dad, who live up there, claimed it was just too pricey to consider. So we never played when I visited. This time, I saw it on the Golf Now app at a good price so we went. And saw why it was that price. The guy there noted that the fee had not been paid but his price there was better than the one listed so we paid even less for it. Which was good of him to do. But we soon found out why. Brown, brown everywhere. Sand traps that have turned into dirt traps. No real fairways to speak of. Some tees were green. Most weren't. Some greens were OK, many had a few bald patches. I bet this course was something back when it was kept up. Nice views, interesting layout... But not now. I think this course is on it's last legs. May not be with us much longer is my guess.

I use to love this course, I have played it many time... it was in the worst ship ever. the sand traps where not sand... dirt and weeds... I was mad and mostly sad to see such a waste of a course. I paid for 18 holes,,, only finished 9,,, someone please help this place... I drove from Red Bluff about 45 minutes north of chico... I should have played Bidwell.... sad and mad

The views all around the course are beautiful. The course sits just off the Skyway from Chico heading up to Paradise and the foothills of the Sierra's so the entire course is sloped from East to West. The greens are always in good shape but are very tricky with numerous breaks and tiers. All uphill putts are super slow as they are also into the grain. The downhill putts are very slippery. Pace of play is usually very fast. The tee boxes are uneven and should be releveled and as someone else mentioned, the cart path will rattle your fillings. It is easy to lose balls on this course. The fairways and rough are sparse in areas due to water conservation. On the plus side, the fairways are firm and fast. Despite the course's shortcomings it is an entertaining and challenging round of golf with great views. It's certainly a good value.

Easy to lose balls on this course. Tall grass everywhere. Greens are bumpy and fast.

under normal conditions this would be a great course but unfortunately there were a couple of flaws. the tee boxes were not mowed and very uneven. the greens were recently sanded and were very slow. There was also fungus damage on most of the greens. With that said it was still an enjoyable day of golf and I would ply there again. 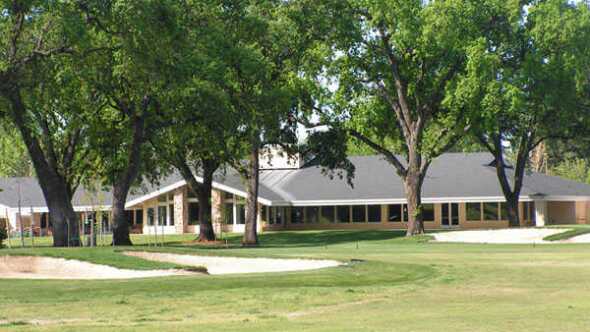 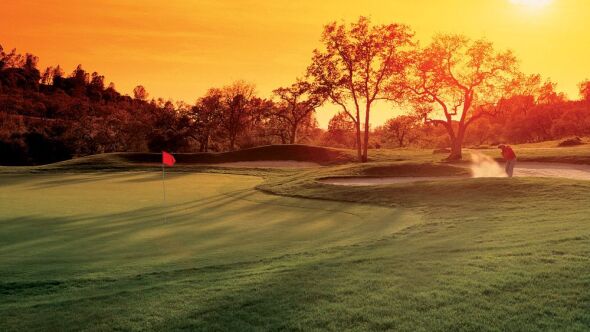 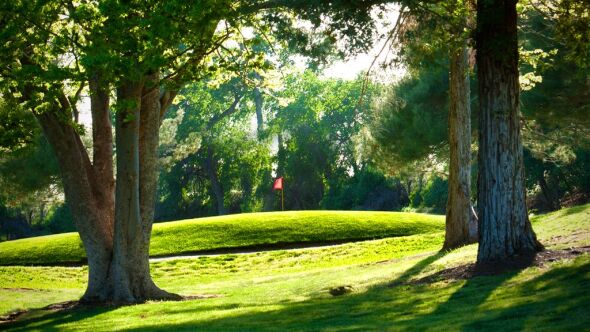 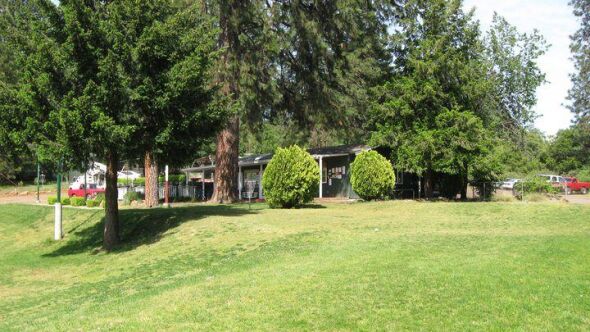 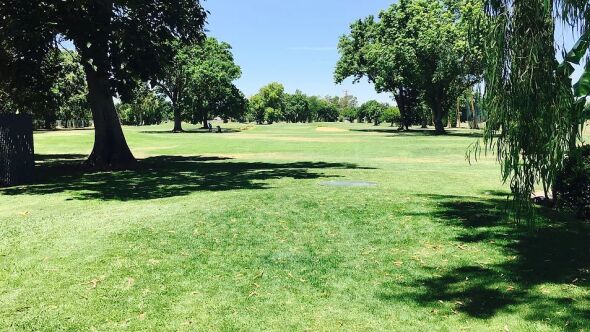 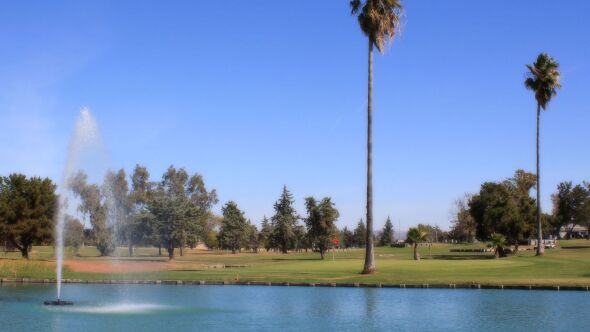 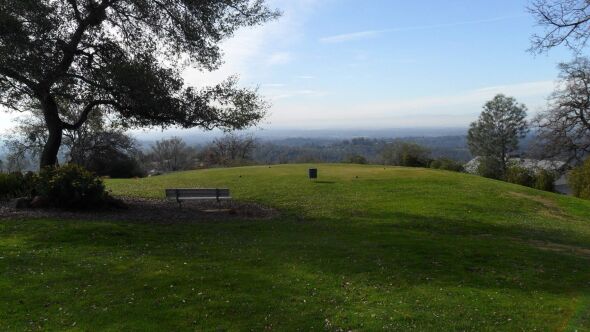 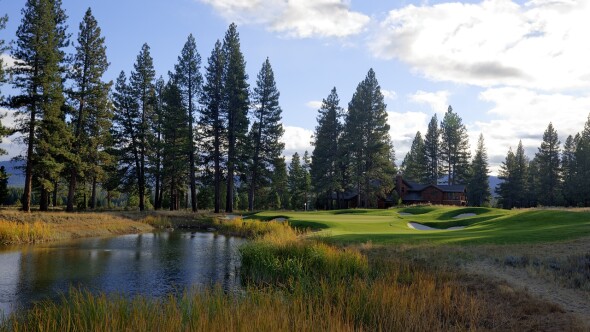 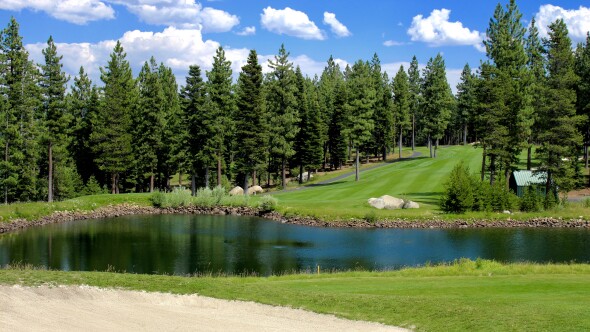 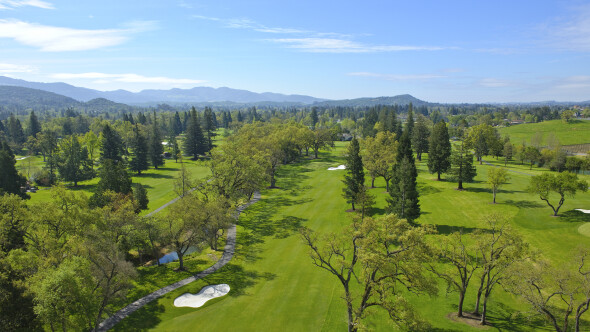 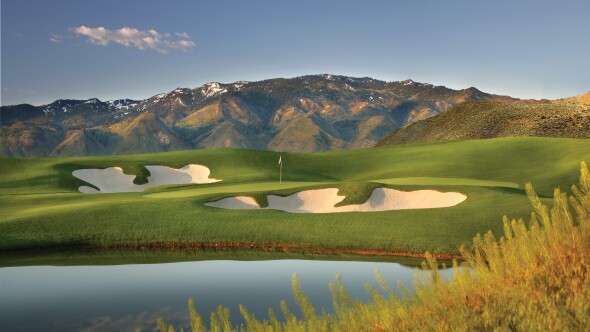 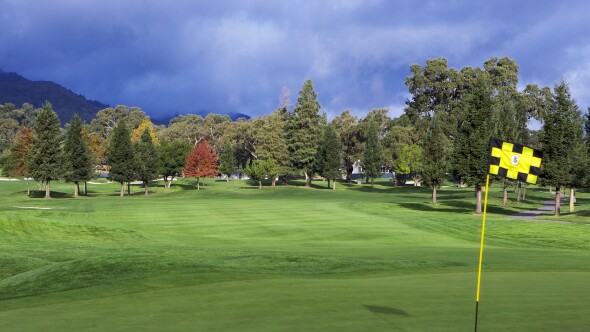 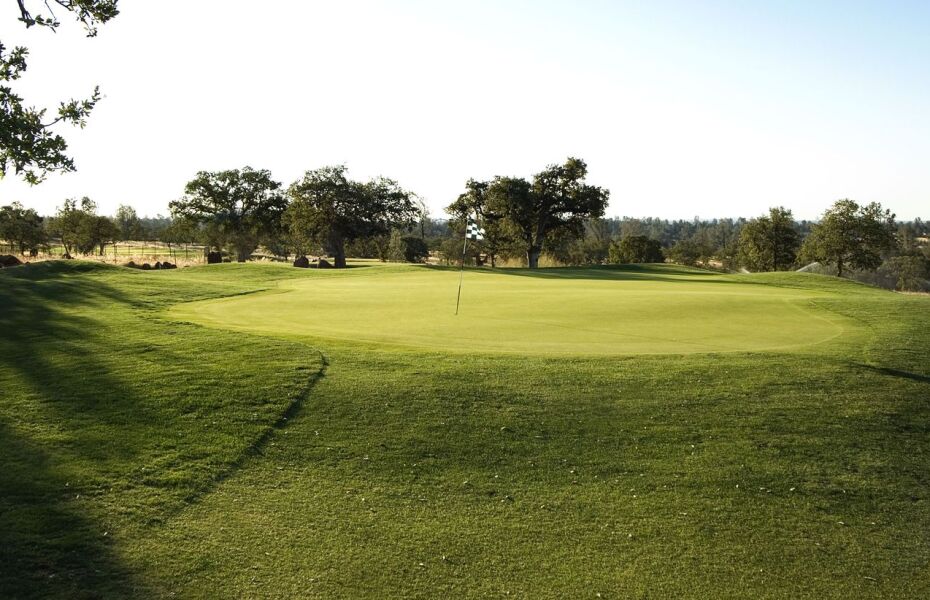