Located a mere 8 minutes—less than 5 miles—off of I-95, Pinecrest appears to have established itself as one of the focal points for southern Rhode Island golf. In the eyes of many, this will be a ‘mere’ nine-holer. But the adjective ‘mere’ is one that in no way fits Pinecrest: if it were a boxer, it would be a pound-for-pound dynamo, a brawling overachiever relative to its ‘bigger’ 18-hole competitors nearby. Among the best nine-hole courses I’ve played anywhere, this layout is both dazzling and delightful, from its impressive look to an even more impressive playability and level of challenge (the slope is 130 from the blues). Course design is complex, but in essence seems two parts modern and the third part a nod to the famous Pinehurst No.2, Donald Ross’ North Carolina masterpiece. So it has some decided old-school feel of the American Golden Age variety, especially in the frequent elevation changes, the bunkering, and the bold, Scottish-style contouring and movement—most notably at the edges of the fairways and throughout the rough, sometimes around the greens. Along with these aspects, the two short par-3’s bear comparison with stuff from a Ross or Tillinghast playbook.

The modern, later twentieth century aspects of the layout are transparent. Perhaps these are exemplified best by holes two and three, both good tests of driving that require precision ball-striking to fairly unforgiving, tight driving zones. Miss by much on either and you’ll be paying a visit to the dense, piney woods. Such a style is not far afield from that of Robert Trent Jones, Sr. The approach shots on each hole are similar, both to highly-defined and well-protected targets. In the first case, at two, the target is defined far more like something from P.B. Dye than from Seth Raynor, with exaggerated and large mounds protecting one side of the green, a brook fronting its right side, and the pond feeding that brook guarding the left flank (read: forced carry). The green itself is long and pitched, yet contoured more in an American parkland mode, not like those of traditional Scottish links. The third green is similar in its target emphasis: land your approach short and—unless you’re to the extreme left—it’s unlikely that you’ll roll onto the surface (more likely a big bunker); hit right and you’re among the big mounds; veer too far left and it’s the woods. Around most of these greens at Pinecrest you don’t often have, when you miss them, three of four options for recovery (as at Pinehurst); the shot—whether pitch or chip—is pretty much defined for you.

This is not to say that Pinecrest is a strictly penal golf course; it has holes and shots that are definitely strategic. I particularly liked the way you can use the big mounding, oftentimes, on the peripheries of these fairways like sideboards, a feature that often keeps slightly errant drives from ending up in the woods. A couple of the par-4’s, as well, allow you the fairway width to shape shots and choose an ideal route to the hole.

Certainly, Pinecrest gives you the general aura of Pinehurst No. 2. But this course, to its credit, hardly mimics Pinehurst; rather, it’s more of a gentle homage to Ross’ work. Sure, Pinecrest boasts stately pine-tree lined fairways, imposing big bunkers, and even a touch of sandy soil scattered about, all reminiscent of Ross’ masterwork. But this is still a different ‘version,’ if you will, of Pinehurst, and there are several other differing elements clearly visible here: the large water hazard in play on holes two and three, prominent and more abrupt elevation changes typical of New England, and the generally smoother, less ‘links-y’ fairway movement. These fairways do roll with a gentle flow, but the bigger undulations---mounds, mostly--are reserved for their sides and for the rough.

The greens might also be expected to have some Ross characteristics, and some do. But they have far more to do with Ross’ subtle contouring of putting surfaces, and are far less in line with other key aspects of Ross’ philosophy, which often involved shaping greens that punish shots landing on the perimeter of greens, where they often drop off the putting surfaces. I played quite a few like this earlier this year at Ross’ Maplewood Golf Club in New Hampshire.

The aforementioned second is gorgeous hole, both from the tee and on the approach, which features a beautiful, reedy pond, though it lies in wait on the left to snag errant shots. Hole two is also a test of precision on both long shots. Keep your drive to the left (not easy on a tight driving hole) to open up the green. The green itself is also a doozie.

Six is a mini-monster, fighting you tooth and nail all the way to the green, first with a tricky tee-shot to a moderately wide but well-bunkered landing area, second—from the landing area at the dogleg right crook—with a straight-uphill approach to a perched and well-defended green. At least the green isn’t overly tilted. The seventh also deserves mention: it’s a sound hole that’s also spectacularly beautiful, from the view on its high tee to striking contours around the green.

Not my favorite hole on the course, but arguably the toughest. This hole bends a bit, and plays downhill, but its one brutal aspect comes from its second-shot narrowness. Too risky and long to be a two-shotter, the hole forces you to hit a lay-up. But big pine trees, set upon a hill, guard the right side, and are fully in play if your lay-up is short of them; further, they’ll block you completely if your ball lies even a shade too rightward. And in that right rough, the lies (on mounds) may be horribly awkward. Finicky, and then some.

A final impression I had of this course was that no one hole really stands heads and shoulders above any other, which is another way of saying that every one of them is worthy of your full attention and careful play. I truly look forward to returning to Pinecrest given the next opportunity.

Other notes, comments, & observations:
A) My rating today, unfortunately, reflects very slow play: two hours and forty minutes for the nine, and an extra 20-minute tee time delay tacked on in deference to a club tournament. Those are the breaks, I guess.
B) Excellent service and amiability in the clubhouse around the counter. Very friendly staff, both in person and on the phone.
C) I was paired with two great partners, both ladies, with whom I shared a laugh or humorous comment on every hole. Both were clearly athletes with very rhythmic golf swings, hitting it down the middle time and again. They kept me on my toes, and also helped out by imparting a good deal of course knowledge. In all, a fun round—it was never boring in their company.

Very nice course, lots of challenges, tees, fairways and greens are in great shape, and it is really fun to play.

kznKDrROoz3t7hfAtRry
Played On 06/05/2019
Reviews 1
Skill Advanced
Plays Once a week
I Recommend This Course
5.0
Previously Played

This is the best 9 holes you’ll play in RI and surrounding areas. The conditions are excellent, the course can be very challenging from the back tees or very user friendly for most of the public playing the white tees. Greens are excellent and you never hear the word “four!” The owner is a hoot and the staff are always friendlY, the Superintendent deserves a raise! 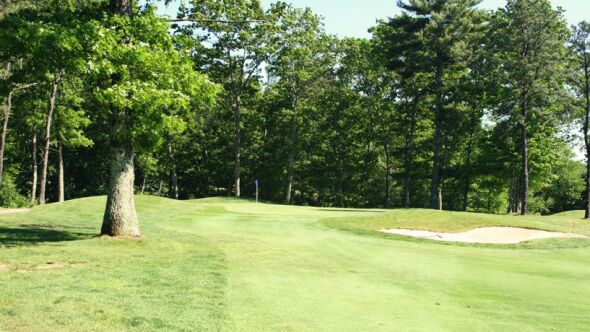 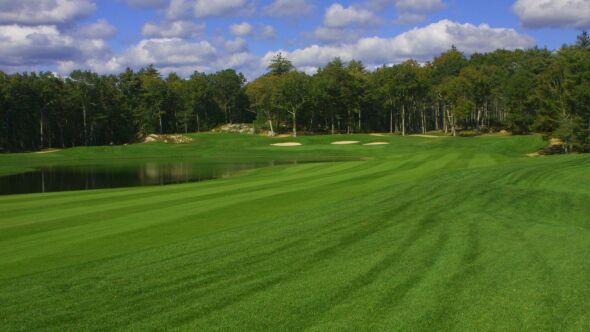 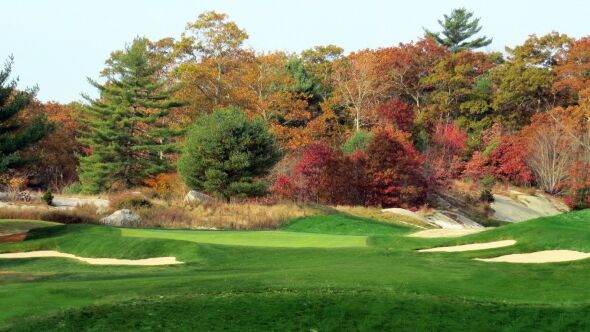 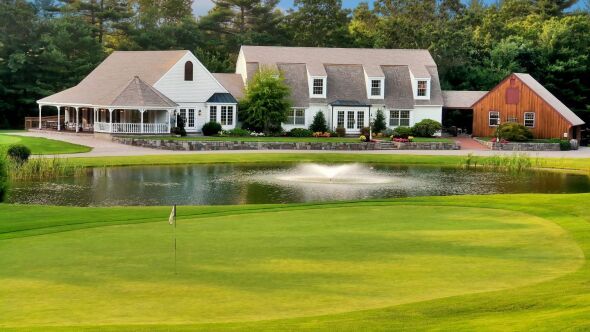 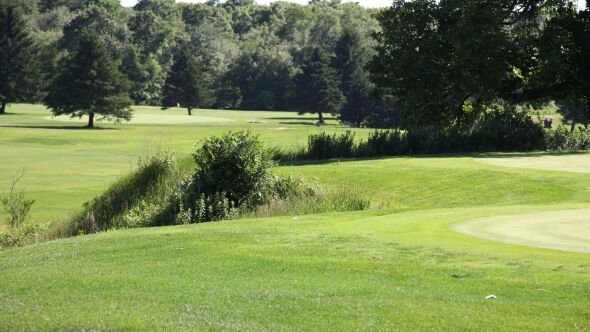 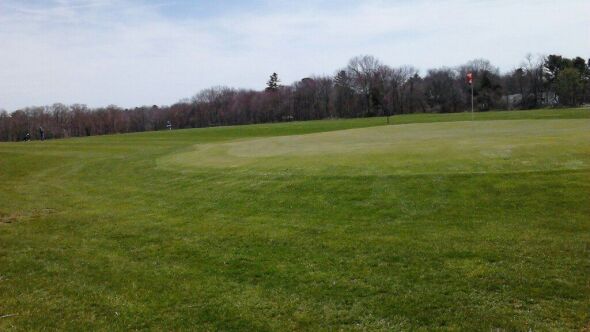 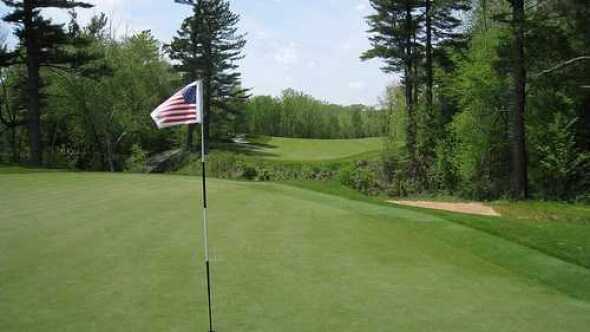 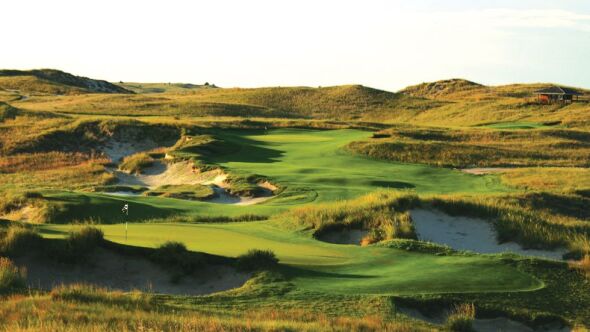 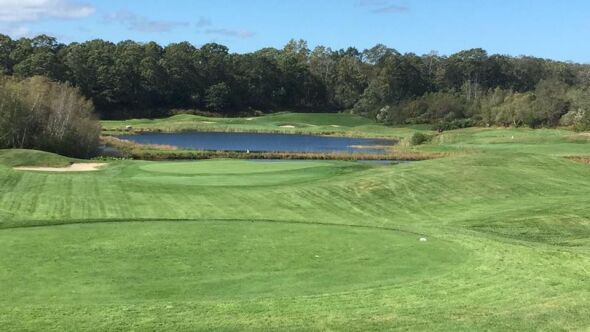 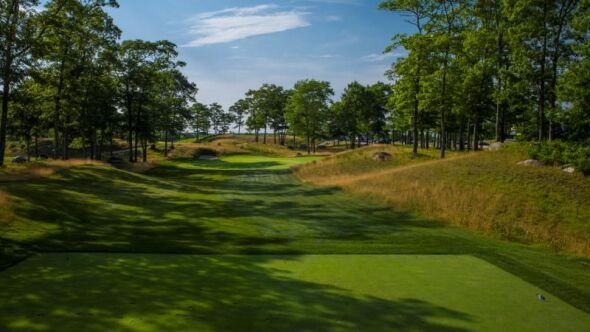 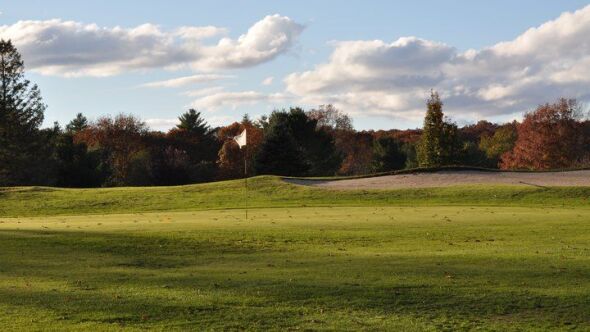 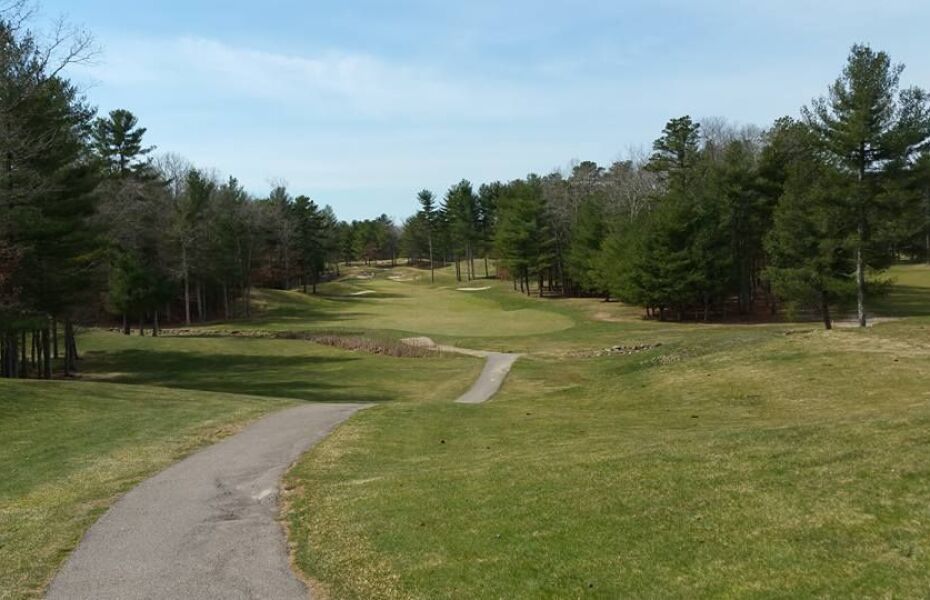 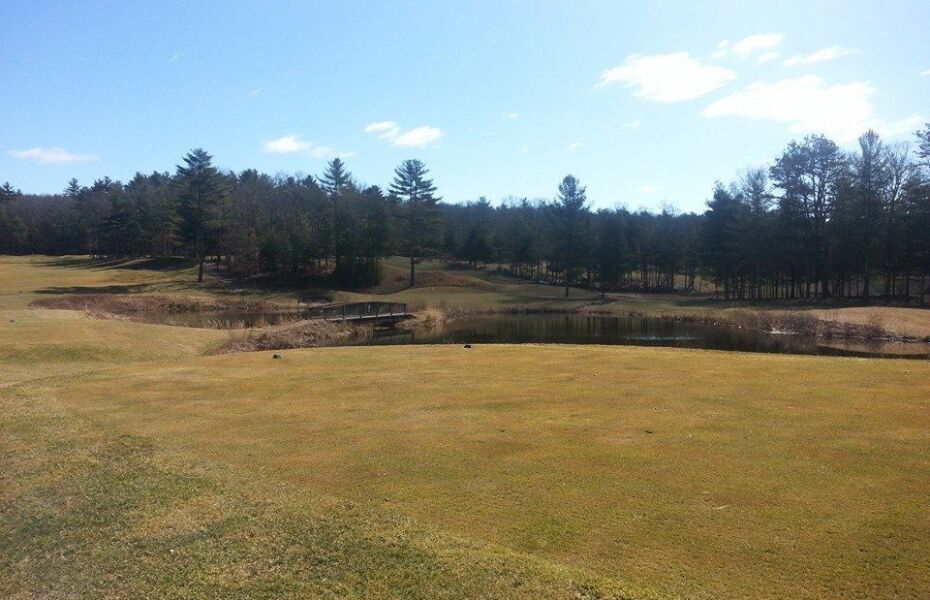 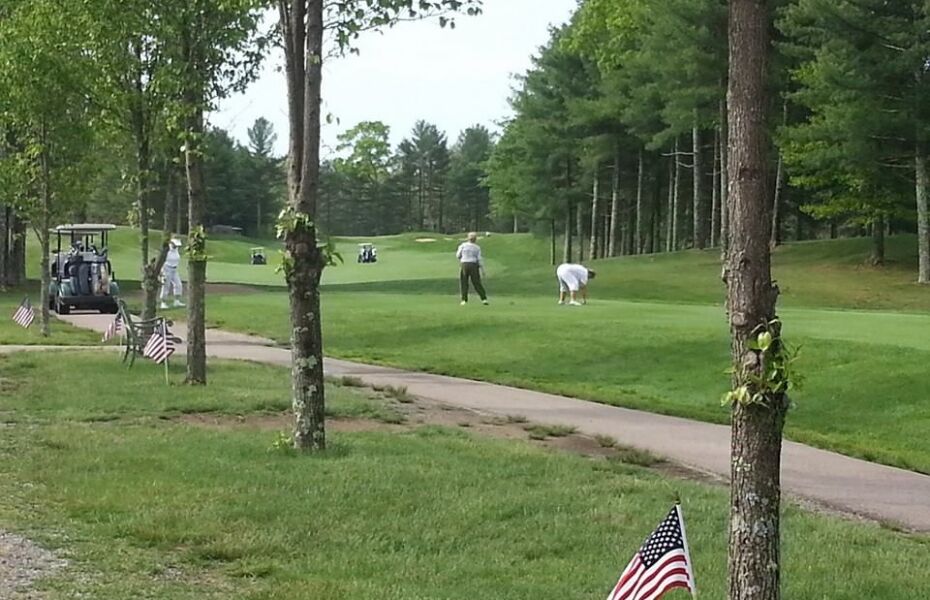