The 19th Hole is Great For:
Drinks 10
Course Challenges Include:
Elevation Changes 18
Bunkers 14
Water Hazards 12
This course/club is great for:
Group Getaways 13
Wildlife/ Scenic Views 12
Playing Multiple Courses 10
This Course's Location is:
Worth the Drive 17
Convenient to the City 7
Near Local Attractions 6

Anonymous
Played On 08/10/2022
Reviews 3
Skill Intermediate
Plays Once a week
I Recommend This Course
5.0
Verified Purchaser

Gorgeous early august early 7am round

The course is in absolute pristine condition. I’ve played the west several times and I had beat the morning foursomes on this day with a 7am start. Sunrise beautiful morning dew everywhere. They were cutting the course that day lawn mowers everywhere but that didn’t bother me one day when you se the beauty of the course. The west like it’s sister East offers a lot sand, woods, water, and traps but the fairways and greens well protected were in awesome shape. Will play again and again all of the Scott family courses are where I go to play to treat myself.

Enjoyable challenge. A little more water features on the front nine would make for an increase in challenge and in scenic value.

All gull lake courses are good.

Doesn't matter which course you play, all gull lake/stonehedge courses are in good condition and the greens are nice. Good speed on them. Can't go wrong with any of their courses.

Unhappy with the back 9

Front 9 conditions were great! Back 9 was horrible wet muddy just a mess fairways were tore up! I have grown to expect more from this course. Just didn’t live up to my expectations!

Pace of play and design at question

What’s a better way to start a back 9 then wait for over 30 minutes to tee off on 10. Taking forever to complete the back nine we considered multiple times just quilting the round(something we have never done before). The course was in good conditions but lots of unfair golf holes. The design tried to use the terrain and elevation but did not work to its advantage. A would never recommend this course to anyone unless for a really cheap deal under $20.

Great course. Over booked and extremely slow pace of play

When golfers think of Augusta, their first thought in all likelihood is The Masters and Augusta National on a bright sunny day in April. I doubt it’s that small town in Michigan, midway between Battle Creek and Kalamazoo. But maybe it should be because Augusta, Michigan is home to one of the largest golf resorts in the country: Gull Lake View Golf Resort. There are 108 holes within a 12-mile radius of Augusta, Mich., and offers more holes than Bandon Dunes, PGA National, or Pebble Beach Resorts. It is among the five largest golf resorts in the country. Five of the six courses have been certified as Audubon Cooperative Sanctuaries since 1995.

Gull Lake View Golf Club and Resort has been owned and operated by the Scott family for over 50 years. Every day, four generations of Scotts go to work at the resort in one capacity or another. There were no big-name golf course architects called in to build the golf courses; no Tom Fazio, no Pete Dye, no Ron Garl. Gull Lake View is a did-it-themselves golf resort. Except for Bedford Valley – which was purchased by the Scott family in 1988 and with a little help from Tom Doak’s Renaissance Golf Design on Stoatin Brae - the golf courses were designed and built by the Scotts. Renaissance helped out with the bunkering and greens on Stoating Brae, as well as doing some of the labor. The shaping and contouring of the golf course were done by the Scotts.

Darl and Letha are the matriarch and patriarch of the Scott family and were the first generation of Scotts to be involved with the property. Darl used to be the superintendent at nearby Gull Lake Country Club and the couple also owned the Gull Lake Motel. The Scotts sold the motel to get the funds to build their first course, Gull Lake View West, which opened in 1965.

Darl and Letha began work on the first of Gull Lake View’s golf courses in 1962 and three years later, Gull Lake View West was opened for public play. Gull Lake View West plays through fields and valleys, up and down hills, and around woods and ponds. You’ll encounter several blind tee shots, so course knowledge is at a premium. The back nine plays much harder than the front with considerably more elevation changes. It’s not often that a par 3 is the #1 handicapped hole on a golf course but that’s the case with Number 6. From the Back Tees, the hole plays 192 yards. The small green is protected by bunkers on either side. Your best bet is to hit your tee shot short and right of the pin as balls tend to bounce hard left. Gull Lake view will have you hitting every club in your bag at least once.

The success of their first course gave the Scotts a vision of how lucrative a Michigan golf resort could be. After the design of their second course, Gull Lake View East, the Scotts believed that their dream of a fabulous Michigan golf resort was well within reach. Now they needed a place for golfers to stay so Darl and Letha designed and constructed the Fairway Villas, located across the street from the East and West courses. These 2-bedroom, 2 bath villas boast fully equipped kitchens, spacious living areas, and patios overlooking the golf course. They are the perfect accommodations for groups of four to relax and enjoy everything Southwest Michigan’s finest golf resort has to offer. Since then, about 24 2-bedroom, 2-bath villas have been added which has increased the number of lodging options to 67 units.

Although the majority of Gull Lake View’s guests come from Detroit, Chicago, and Toledo, it’s not uncommon to meet golfers from Cincinnati, and Wisconsin, and Canada while you’re there. Golfers may come out to just play Stoatin Brae but once they get a feel for one of the other courses, they’re hooked! And at Gull Lake View, there is something for everyone. 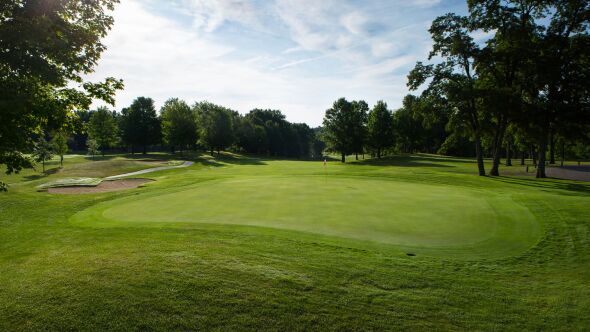 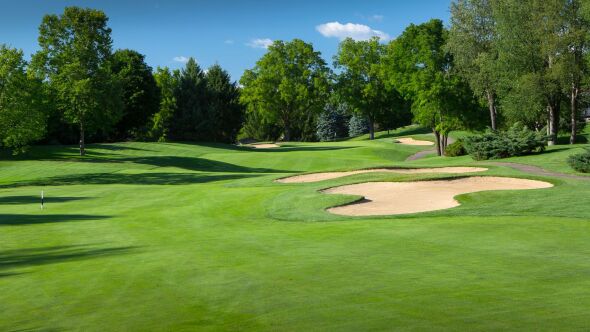 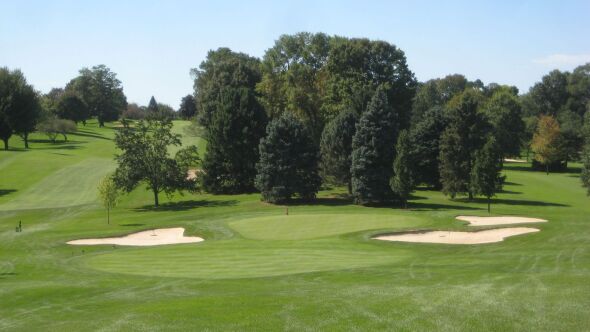 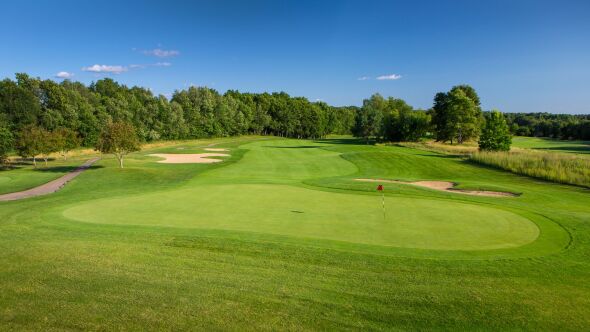 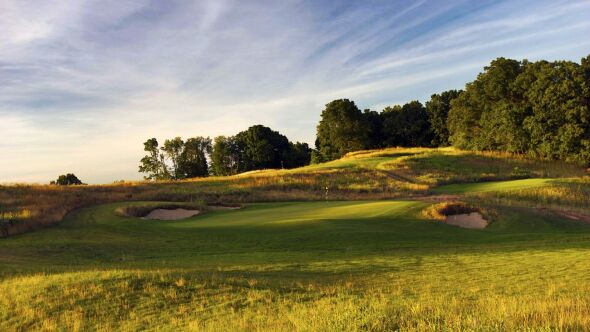 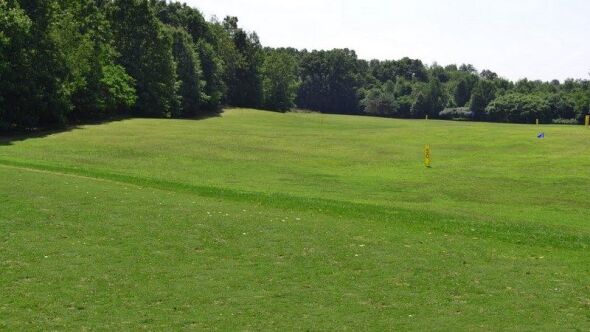 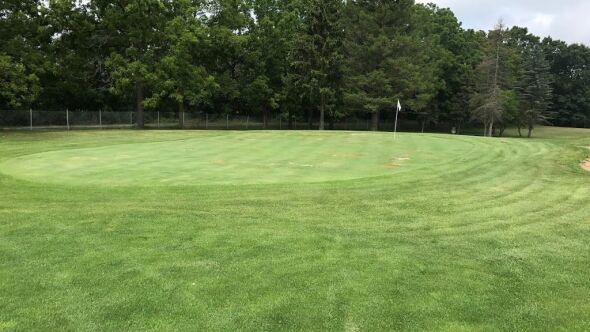 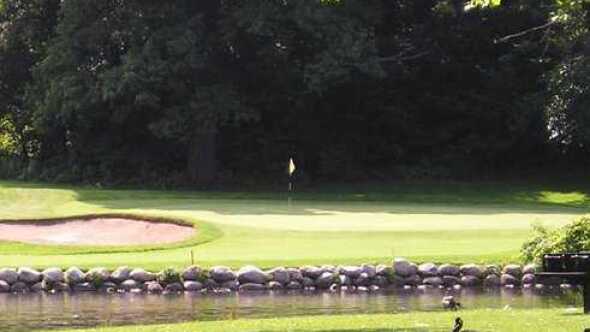 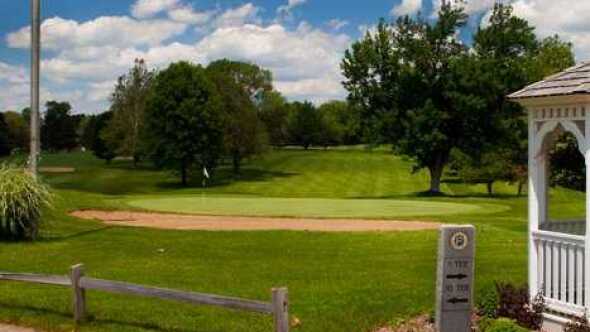 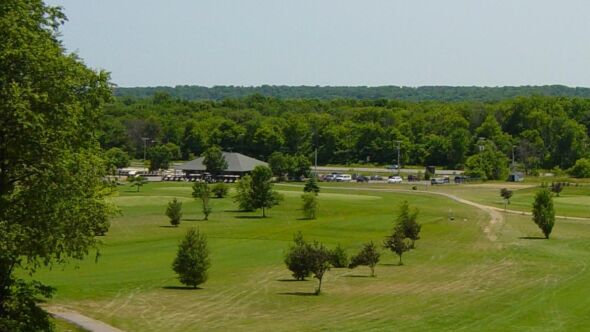 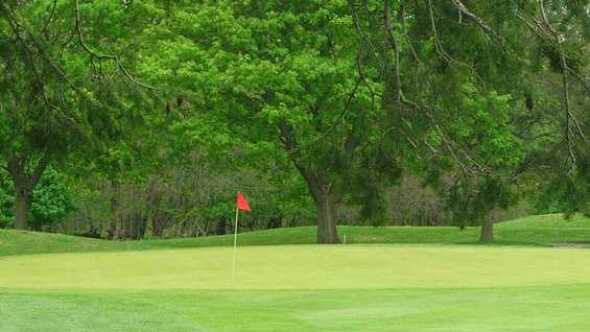 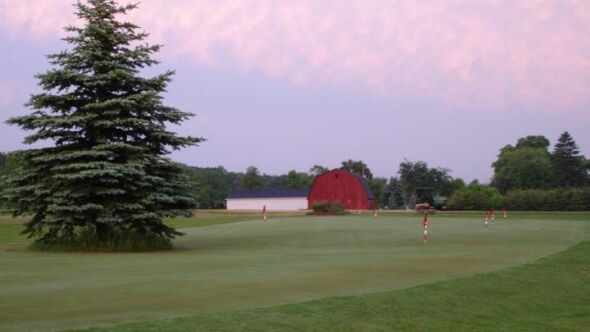 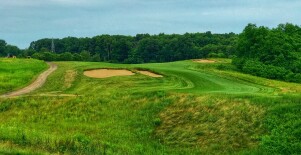 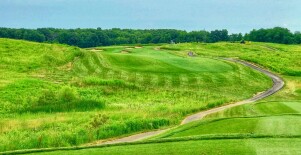 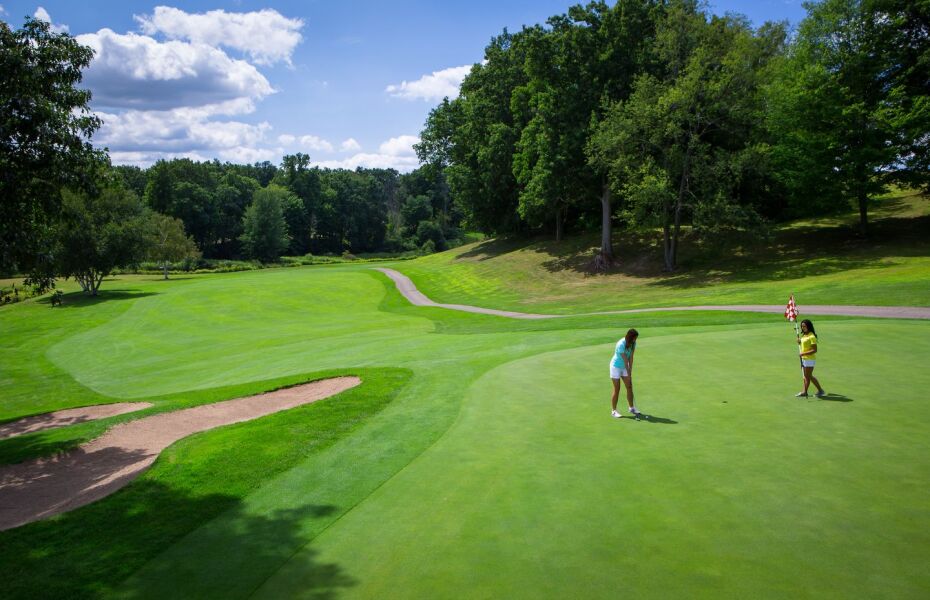 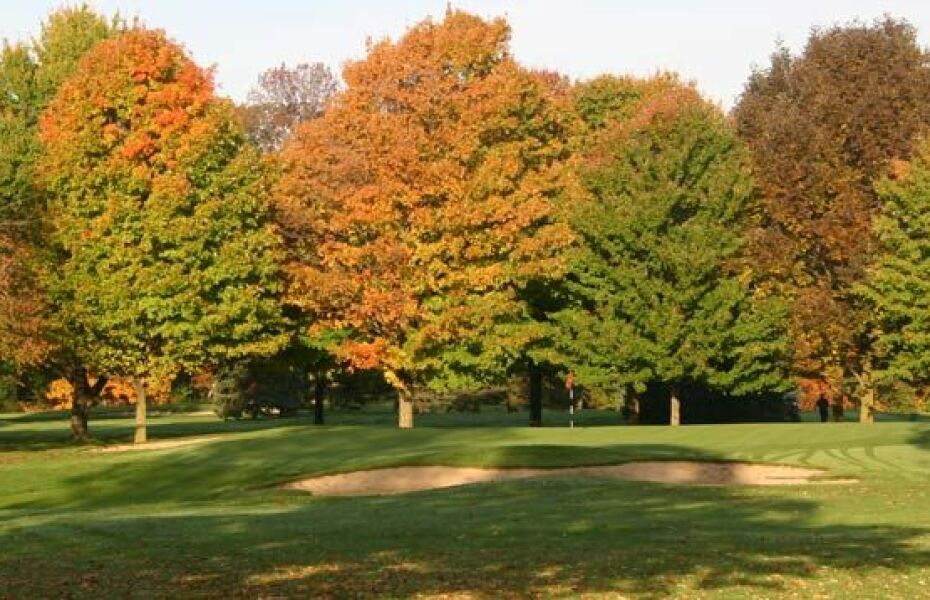 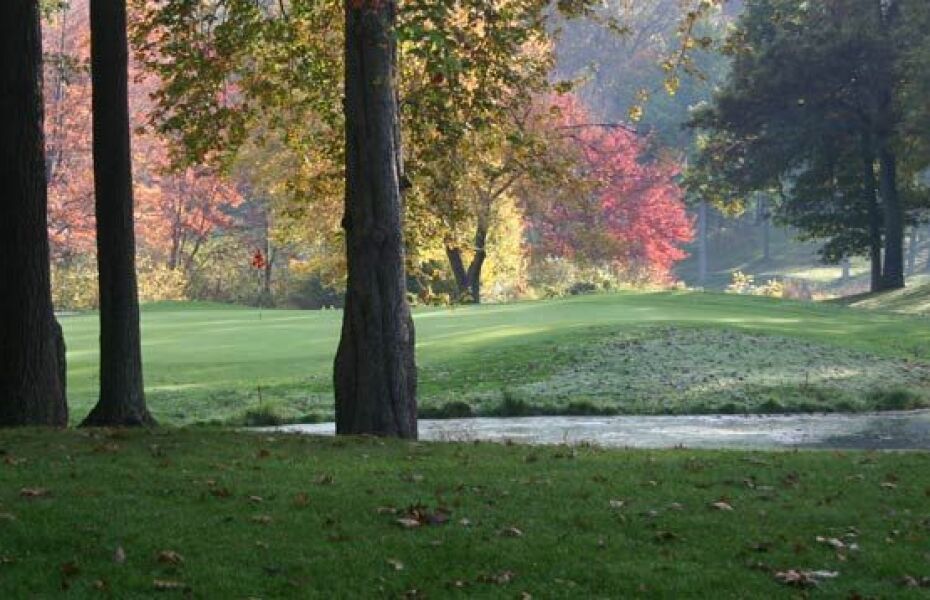 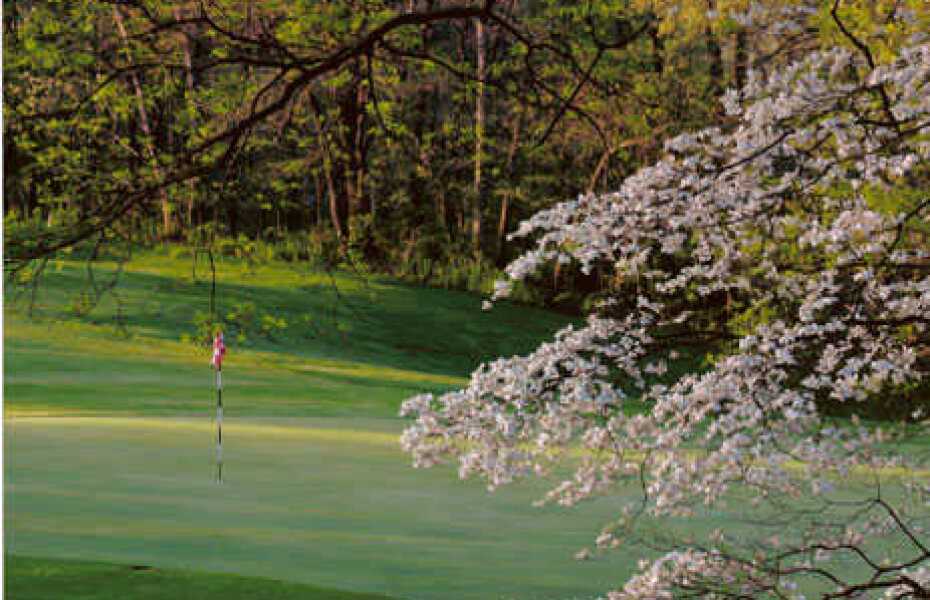