Get out and stay out. 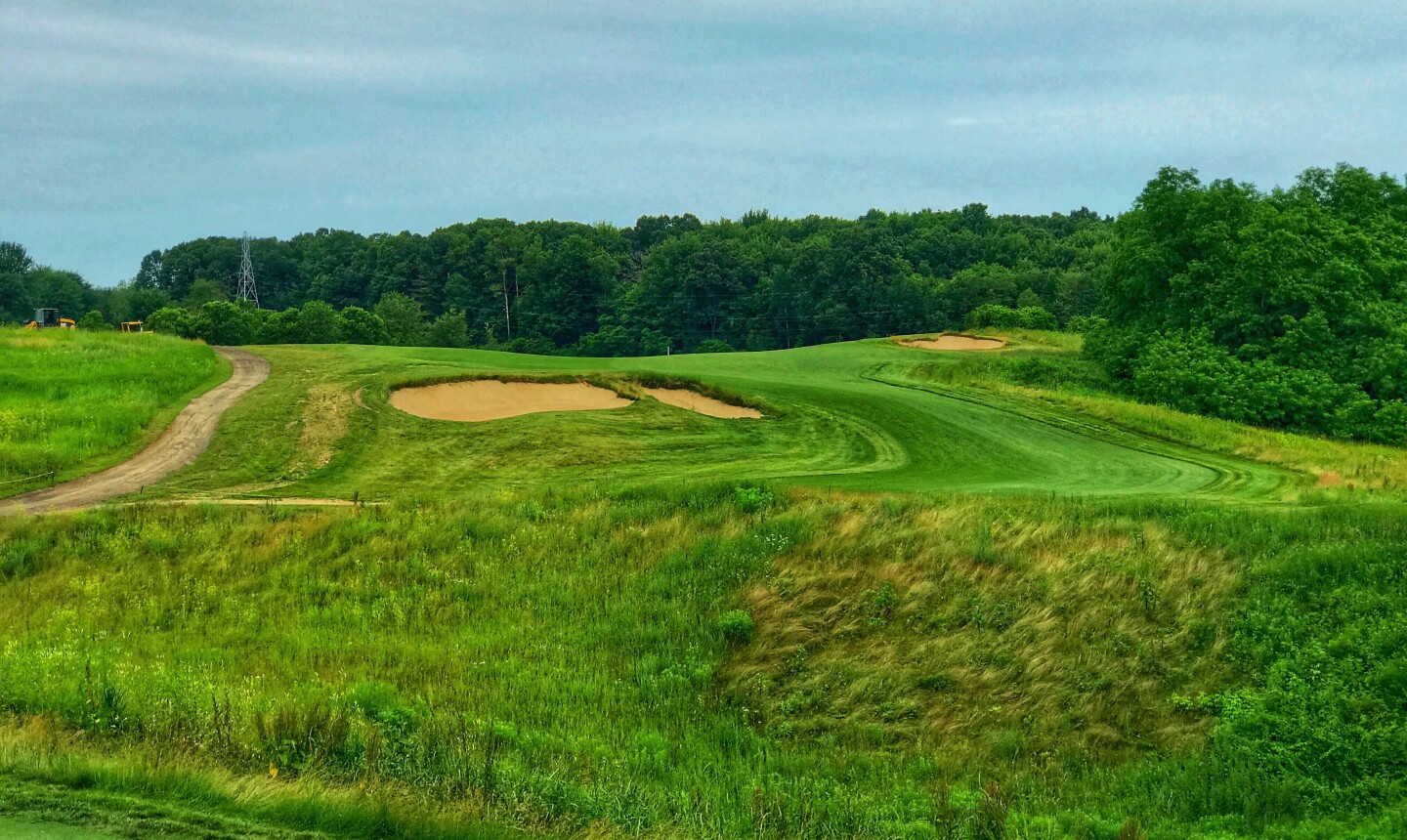 The 12th at Stoatin Brae is in the heart of the property's back section, which features the course's most exciting terrain. Tim Gavrich/Golf Advisor 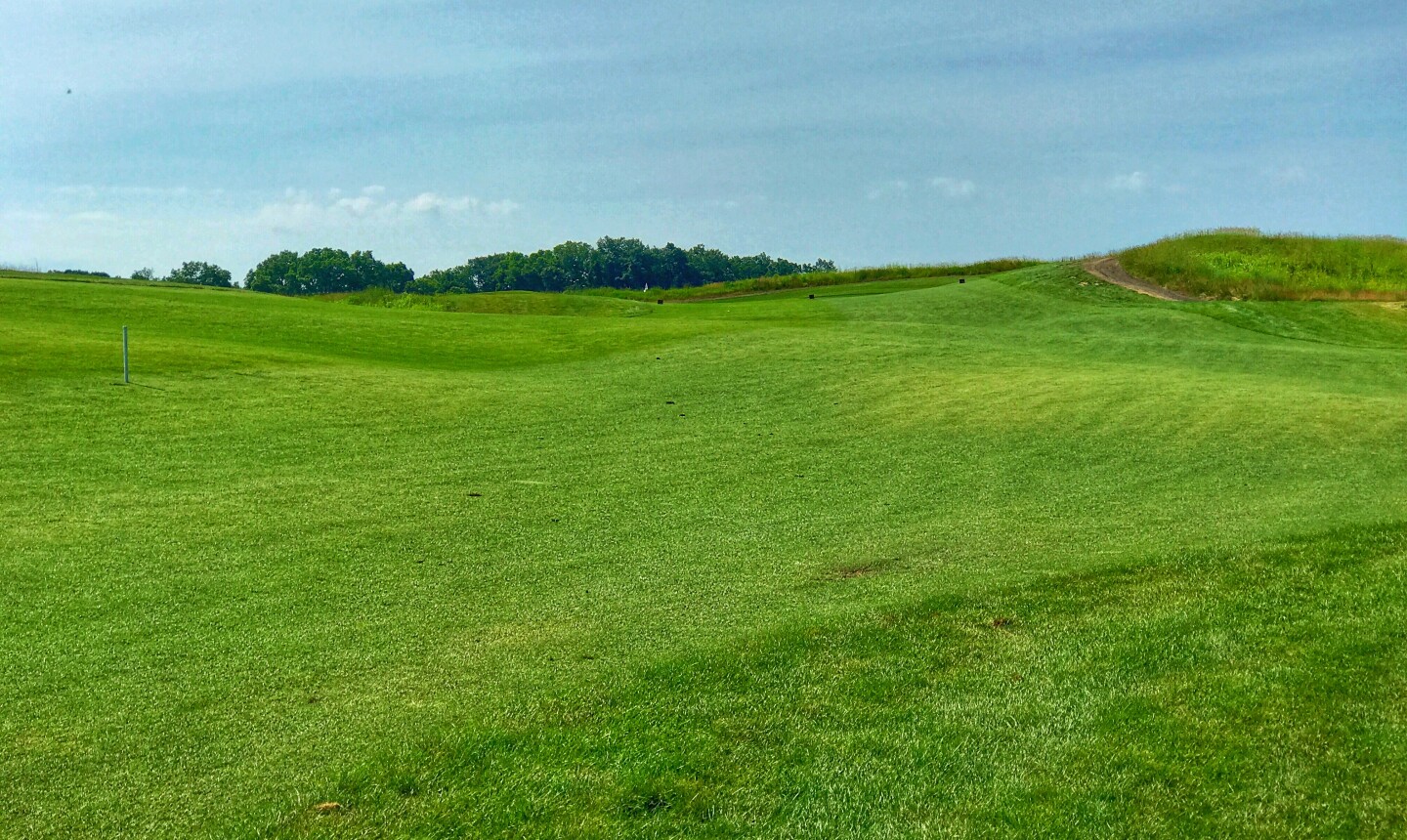 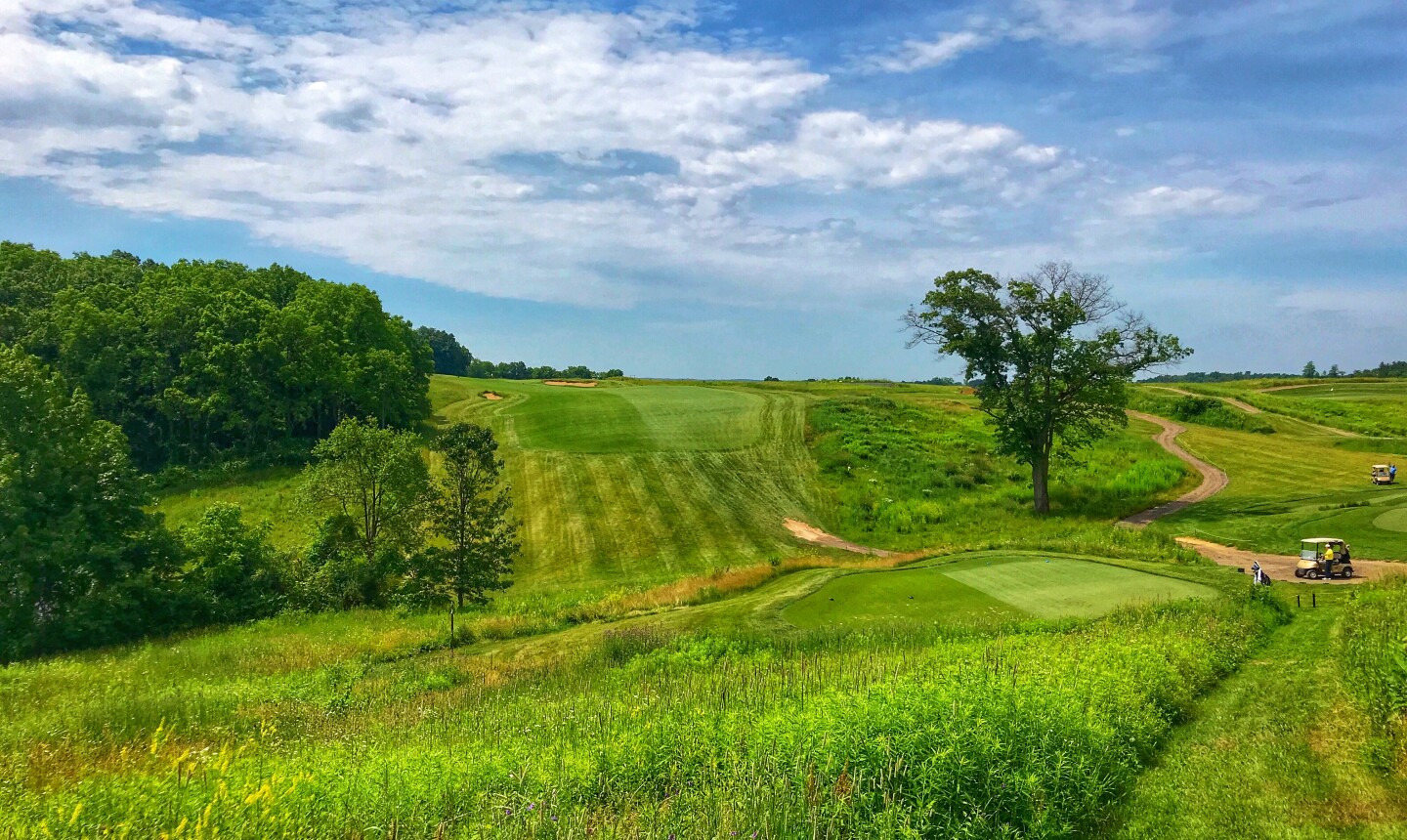 The tee shot over the valley at the 15th at Stoatin Brae is one of the course's most thrilling shots. Tim Gavrich/Golf Advisor 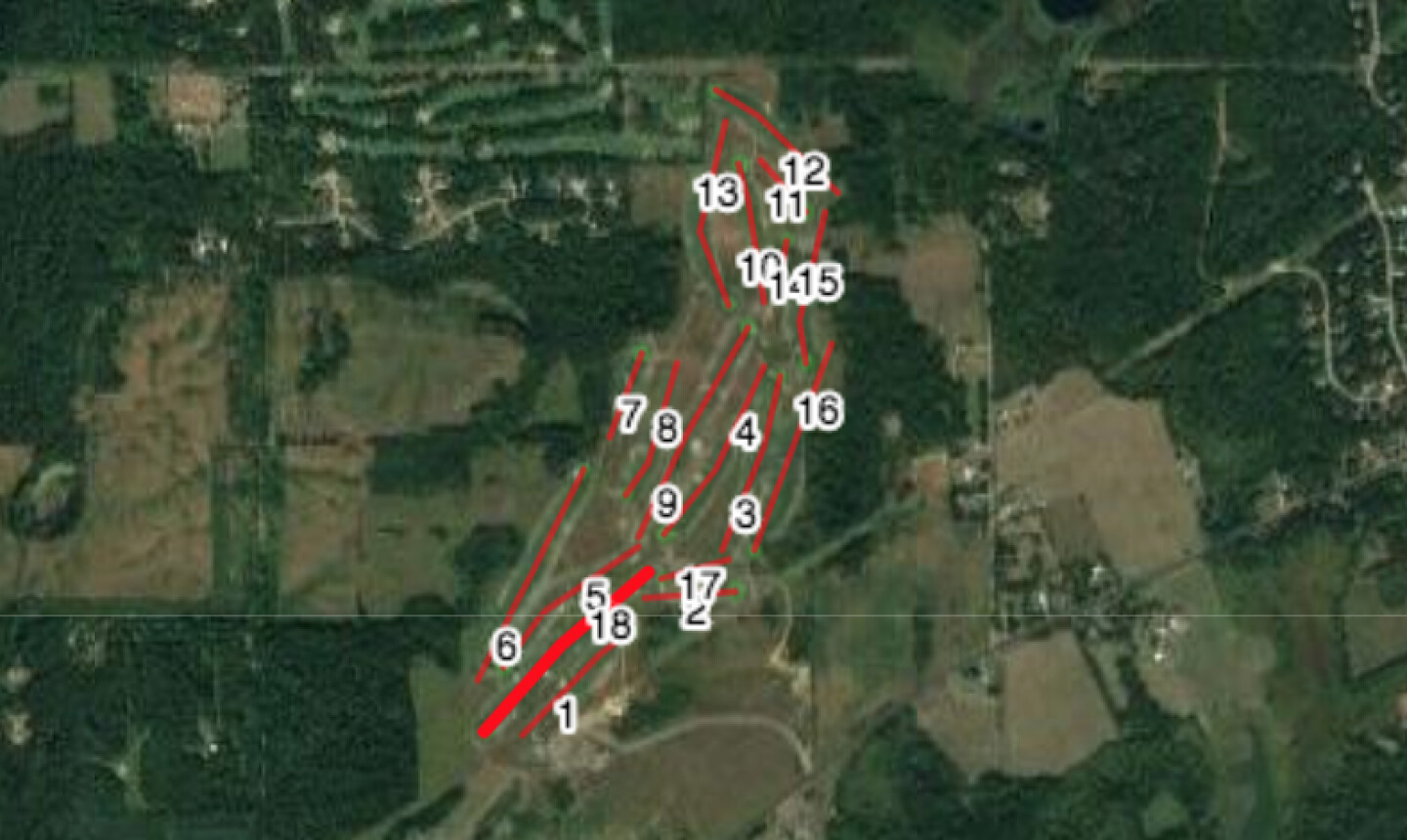 The more I think about it, the more I believe Gull Lake View Resort’s Stoatin Brae to be a first-rate golf course. It makes two important departures from the norms of modern golf course architecture that even the relatively uninterested would do well to note. I’ve already written about the first one: its unusually low Rating and Slope, which are radical expressions of its playable design.

The second: its non-returning nines. The fact that the Scott family, who own the resort, did not insist on the ninth green returning to the clubhouse enabled a quartet of Tom Doak’s talented Renaissance Golf Design colleagues to use Stoatin Brae’s hilltop, dual-identity land to create a wandering out-and-back journey that echoes one of the pleasures of The Old Course: heading away from the streets of St. Andrews proper, meandering through the crook-shaped middle section of the routing and then marching back to town.

Stoatin Brae has more changes of direction over the course of its 18 holes than the ancient Scottish links, but its own mid-round interlude functions similarly. After an opening nine on gently rolling land that is exquisite for golf, there is a transition to more challenging terrain for the first five and a half holes of the inward nine. Then, things mellow out again as the golfer makes a three-hole beeline for the clubhouse. Had Don Placek, Eric Iverson, Brian Schneider and Brian Slawnik been forced to go out across the oblong property to that backcountry section twice, the overall feel of playing the course would have paled in comparison to the charming three-act journey the course now comprises. 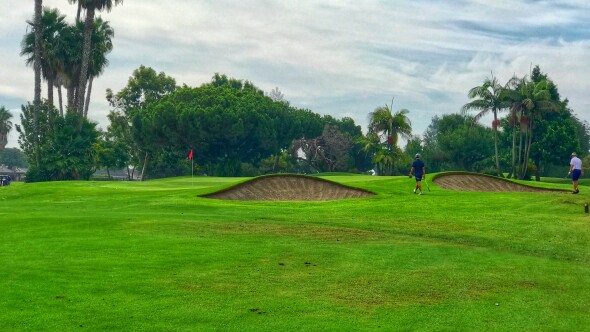 The "no return" style really is a cool concept. Thanks for shedding light on it. I'm not sure how America (mainly, I'm assuming) got so hung up on the seeming necessity of returning to the clubhouse, although Betty's previous comment makes much sense, as does her suggestion. Even many of the British Isles courses today subscribe to touching base with the clubhouse, post-nine-holes.

The hole you've shown in the photo looks truly fearsome, with rough all about and seemingly ready to jump on mishit shots faster, as the proverb goes, than a hobo on a ham sandwich. Is it as hard as it looks?

And speaking of Tom Doak, in 2001 I played one of his Michigan golf courses, now plowed under in favor of condos or another form of development. Called High Pointe, it was his first design, I believe, but probably the best course I've ever played in the U.S.

Never, to that point, had I seen a collection of 18 holes that demonstrated such an encyclopedic command of golf course architectural features (his style was unclassifiable).

Thanks for the thoughtful comment! As for the hole in the photo, I would say there's a lot more landing area room than it might appear. Any golfer playing the appropriate set of tees should have little trouble keeping it in play, though a poor tee shot may find long grass.

Thank you for the clarification--photos can be deceiving sometimes. It would also seem unlike Doak and company to design too-tight landing areas, now that I think of it.

I couldn’t agree more with Betty!

Really hate to bring this up, but women can’t “go behind a tree” like men are apt to do on a course (and no I don’t condone it, but occasionally wish I could do the same thing!). That being said, I have no issue with non-returning nines. I regularly play a few, and enjoy them. But, PLEASE put a bathroom at 9/10 or 6/7 and 13/14, if this is chosen layout. I am sure that there are men who would appreciate this as much as the ladies. That morning coffee goes right thru you, not to mention those that enjoy beer on the course.

Fair enough, Betty! For what it's worth, Stoatin Brae has a nicely-located, half-underground (called "The Bunker") snack bar with the requisite facilities that can be accessed after walking off the 3rd green, the 9th green and the 13th green. Another great feature of Stoatin Brae's routing.