The Tradition at Treetops Resort

Formerly known as The Tradition at Treetops Sylvan Resort.

Course was in rough shape

Many brown out dead areas on the tees and fairways. Also the bunkers were full of rocks that made them unplayable. The greens however were in really good shape. Course was packed si it took over 4:15 to play with 2 groups in front of us dropping out midway through the round. Halfway house was closed and you didn’t know that until you were on the way to the course.

Different Than the Others, but Still Nice!

The typical knock on the Tradition is that it is not as nice as the other Treetops courses. While that is true, it's still a great golf course and if it were located elsewhere, people would focus on how great it is rather than comparing it to other courses. It is also the easiest of the Treetops courses, so that is something to keep in mind.

With the sustained heat and lack of rain in Gaylord, the course is having some conditioning issues. Almost every fairway has some large brown spots that make the course not look as visually appealing. Aside from those brown spots, the fairways are green and thick. Around the edges of a few greens there were some large brown/dead spots as well. Overall, though, the greens were in good shape and were rolling true. Their bunkers have a lot of rocks working their way to the surface, so that was an issue too.

The layout is very nice and pretty open. It doesn't have the huge elevation changes or views that the other courses have, but as far as the actual golf course goes, it has varied hole design and no bad holes. Even if it isn't as great as the other courses, it's still definitely worth playing!

out of the 4 courses in Tree tops this is the worst of all 4.
The greens were too slow and putts were not rolling.
Need to improve the course conditions and though the lay out ws very good

This is the most inexpensive of the courses at Treetops. We played between bouts of rain. There were only a couple other groups on the course at the time, so we didn't have to wait for anyone. In fact, we were able to tee off about a half hour early, which was great. The fairways are wide and well groomed. The greens were fast. Everything looked good and I'd definitely come play this course again.

The Tradition does not have the dramatic views that the Premier and Masterpiece do, but is easily the most playable and subtly challenging. Between those three, the Tradition usually plays as the 2nd toughest behind the Masterpiece.

The fairways are generous and can be deceiving, as you still need to play to the right areas of the fairway to approach the greens. Playing an approach from a bad angle makes it tough to get close to the hole, and the greens have enough movement to make putts difficult. Along with the generous fairways, the max length of 6300 yards says easy course, but it's challenging without bashing you over the head like some of the courses at Treetops (*cough cough Masterpiece*).

The lack of cartpaths does make for a bumpy ride through the rough, but that's the natural side effect of not having cartpaths. I'm not a fan of cartpaths, but on the other hand with the course being so far from the clubhouse and the overall resort being heavy on golf cart use, it seems like the decision to make a walking course didn't really fit the location here.

Other than that, the course was in beautiful shape, the best out of the three we played. I thought this course was subtly good the first time I played it, and it confirmed that opinion again this year. I haven't played the Signature, but out of the other Treetops courses I enjoy this one the most.

This not normal for Treetops to have slow pace of play. Course easily played in 4 to 4:15 hours. It took 1 hour to play the first three holes and improved some only after we called the resort, in the end we played in 4 hours 40 minutes which caused us to rush to the Masterpiece. If the ranger had not got the group moving likely would have been over 5 hours. We did have late start due to weather was supposed to 15 minute delay was 45 minutes because the group in front of us couldn't decide on teams and get going. I would like to play this course again with better pace of play instead of hit and wait. Note the amount paid is unknown it was part of package.

This course is in Treetops North area (3.5 miles from main check-in at Treetops) and is in the same area as Treetops Premier, Signature, and Threetops. Played tough due to intermittent rain but in very good shape for being their cheapest 18-hole course.

The Tradition fairways and greens were just fine.
To drive or ride the golf cart one mile to tee #1 and to
ride or drive over the roughs was very rough, ruts all over ,
They should smooth out the course, they have the bucks....

Threetops was an awesome 9 holes to play, one of the
best anywhere. However, it was October and the guy
blowing the leafs was in my way or following and it
sounds like a fire warning. Not good.

This is not a must play course, just okay.

This course is what I would call plain. Nothing special.

I can not say enough good things about Treetops. I have played all 5 courses. Tradition is fairly easy. Signature and Premier are hard. Masterpiece is super challenging. Great staff, courses are in great shape!

The Tradition course at Treetops is supposed to be their walking course. It does not have paved cart paths. But very few people walk it, and it is a very nice venue. Not perfection at Treetops, like the Premier. But it is a great course and a great value.

We had a nice enjoyable round on the Tradition. We played fast and the course was in good shape. One of the easier Treetops courses to play.

The course is laid out to be fun and very beautiful. We were intrigued by the drive in the cart just to reach the course. This course was extremely well marked. There is a lot of sand but that made it even better.

for an prime up north course, it was ok. the greens were great.

a little out of the way. a very long cart ride to the course and back. no beverage cart. we told the starter that our cart had no power and we felt that it would die on us. we asked if another could be brought out. this did not happen . we dealt with this slow real slow cart all round.

maintainance of the course is second to none

Links style course cut into the hills of gaylord is of pga quality. Immaculate course conditions coupled with breathtaking scenery made this one of the best courses played

Other than lacking paved cart paths, Treetops - Tradition was in very good shape. Greens were not overly challenging but rolled well and the fairways were well manicured. Not too busy for a Saturday morning in June, so we were able to get around the course quickly. 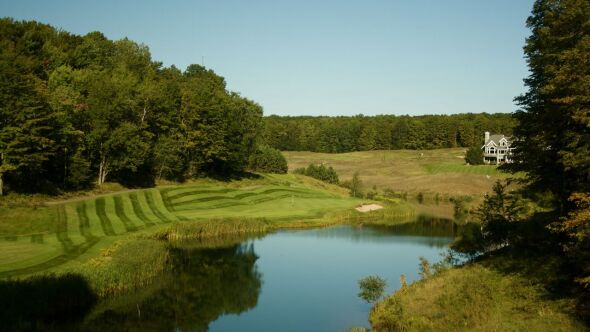 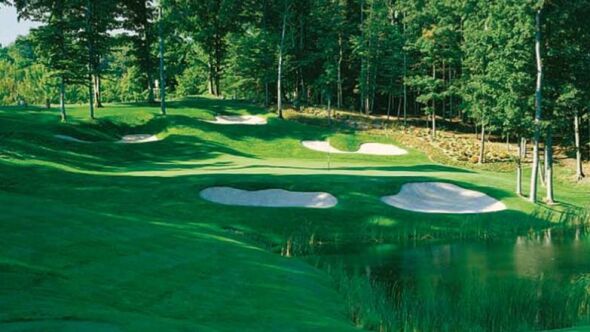 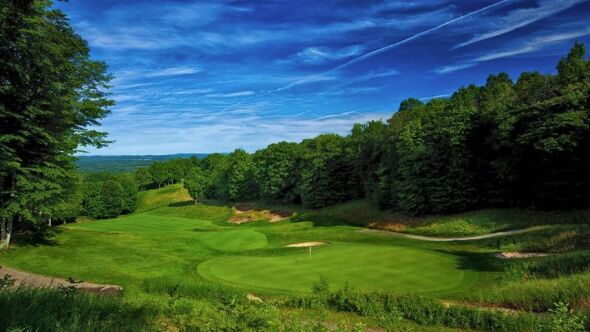 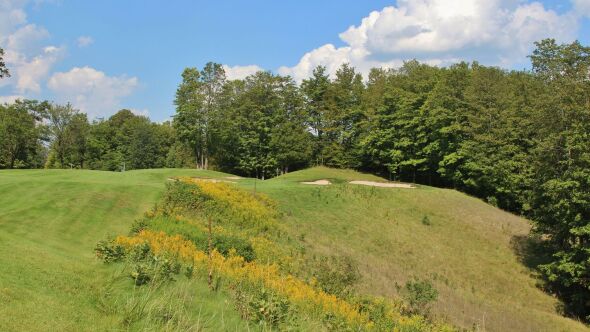 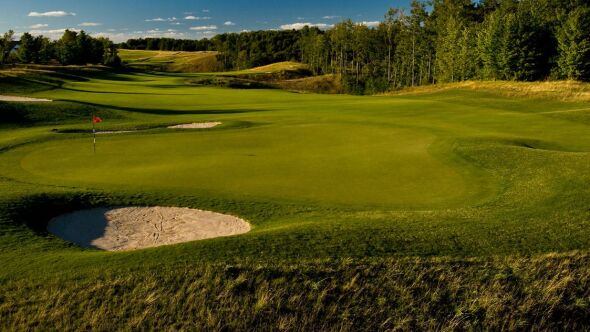 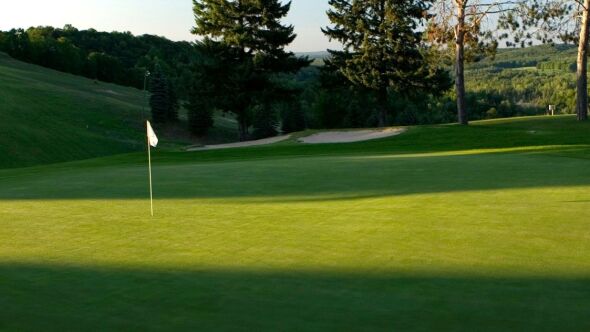 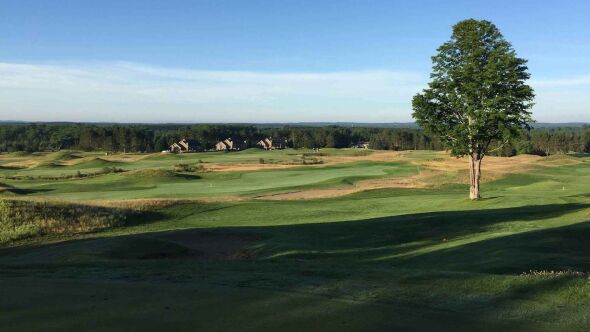 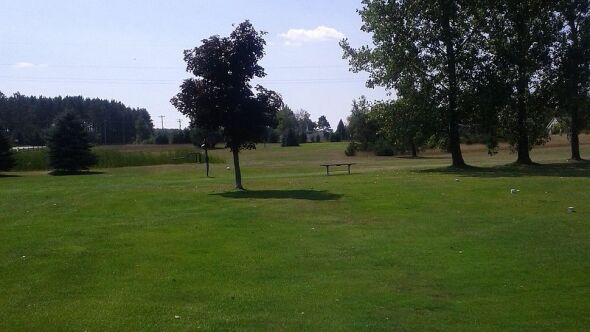 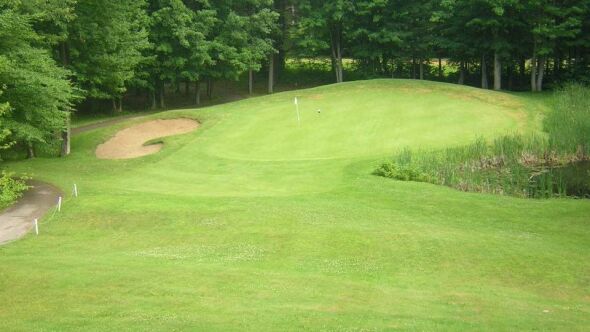 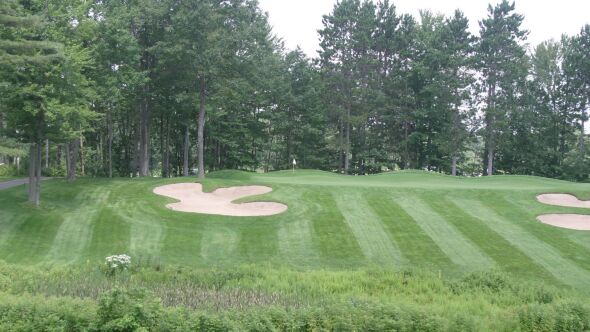 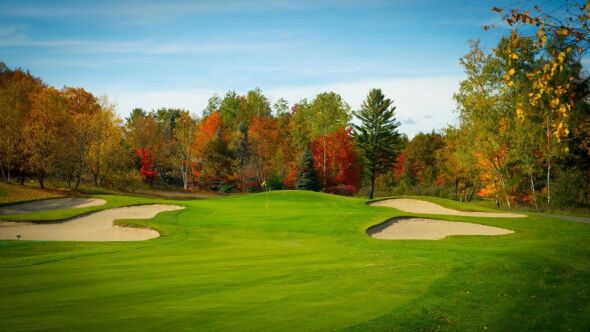 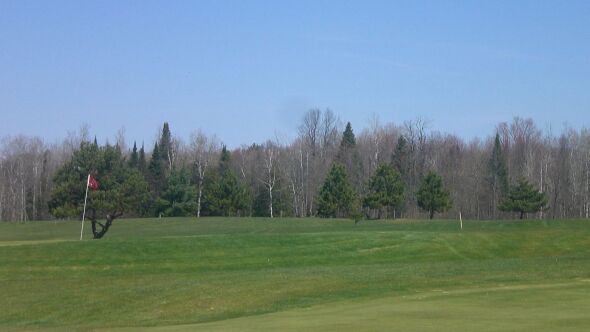 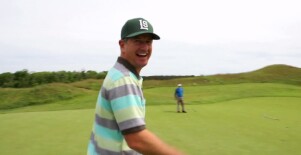 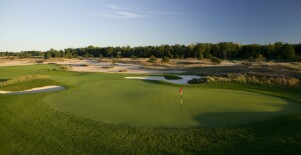 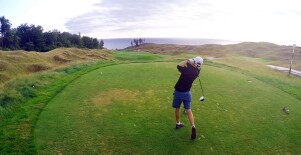 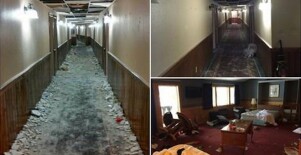 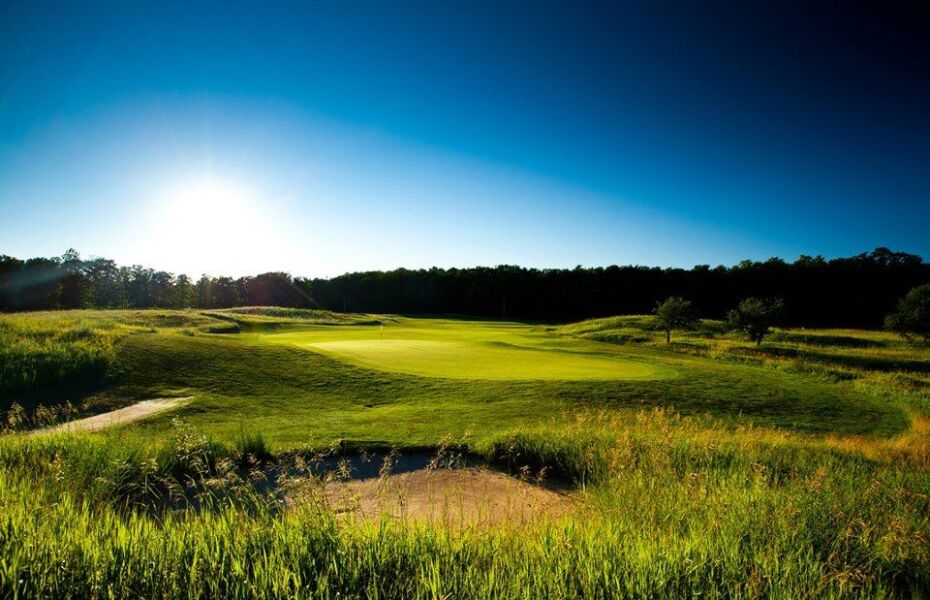 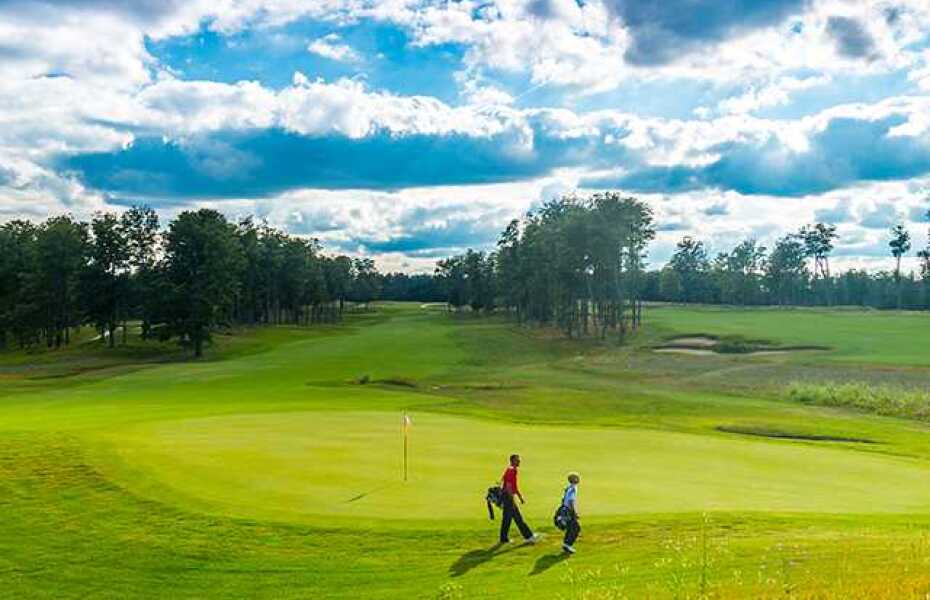