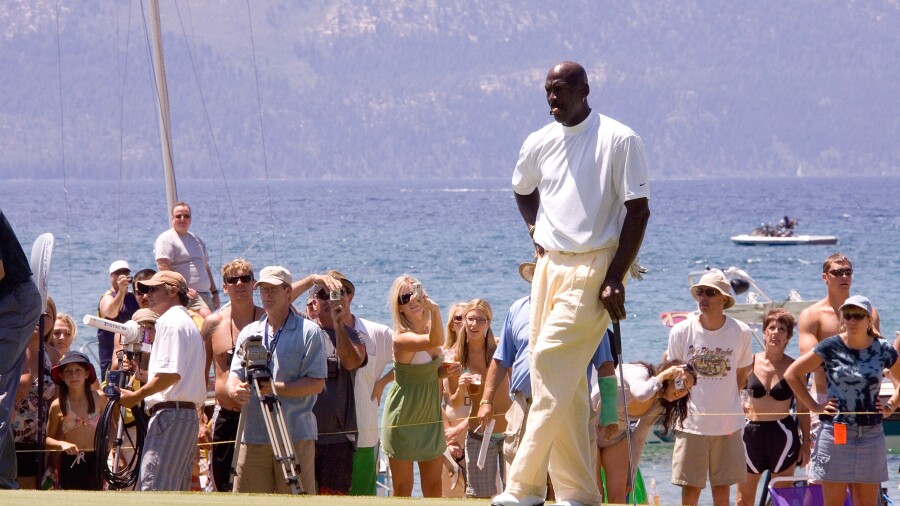 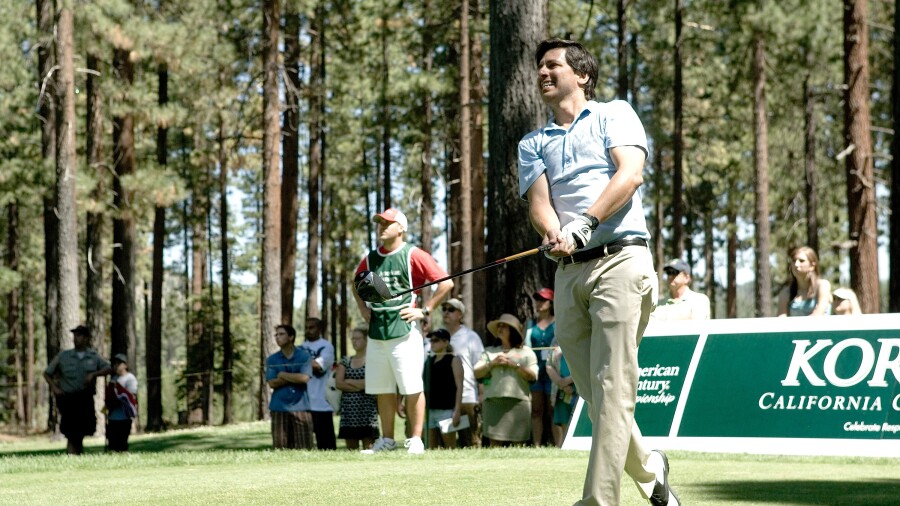 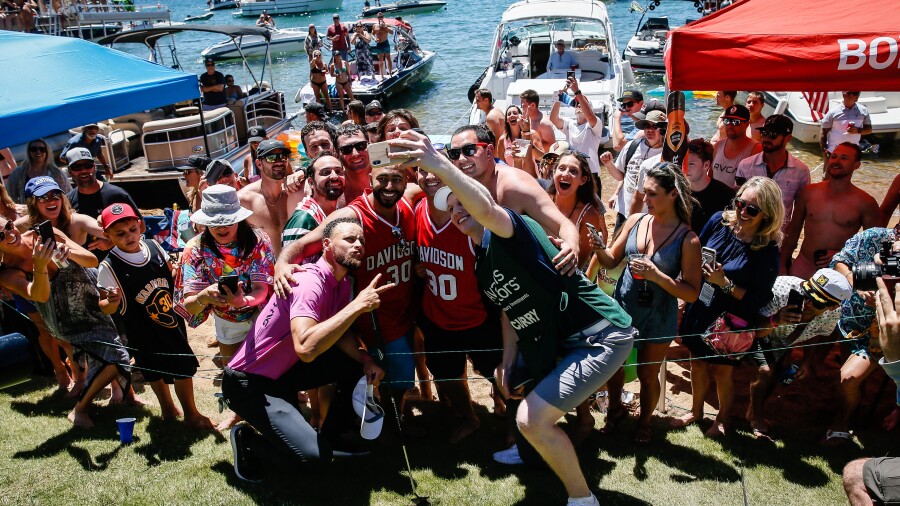 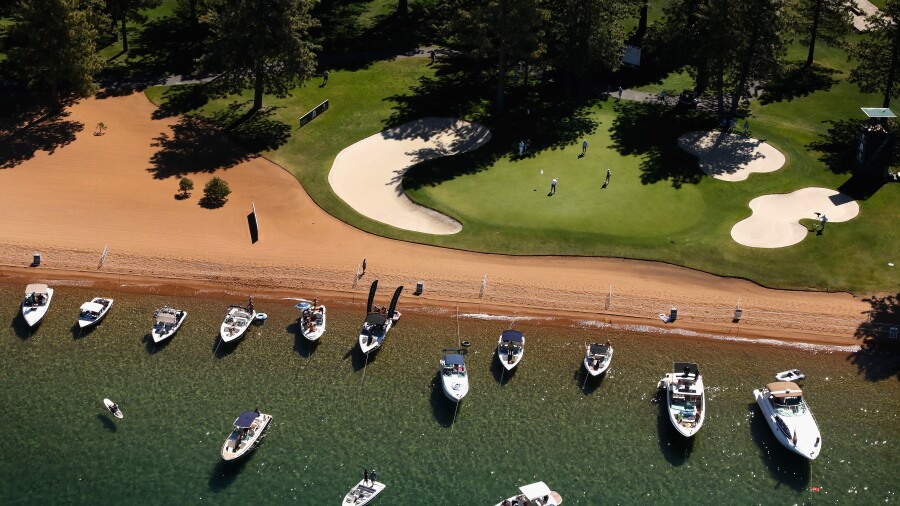 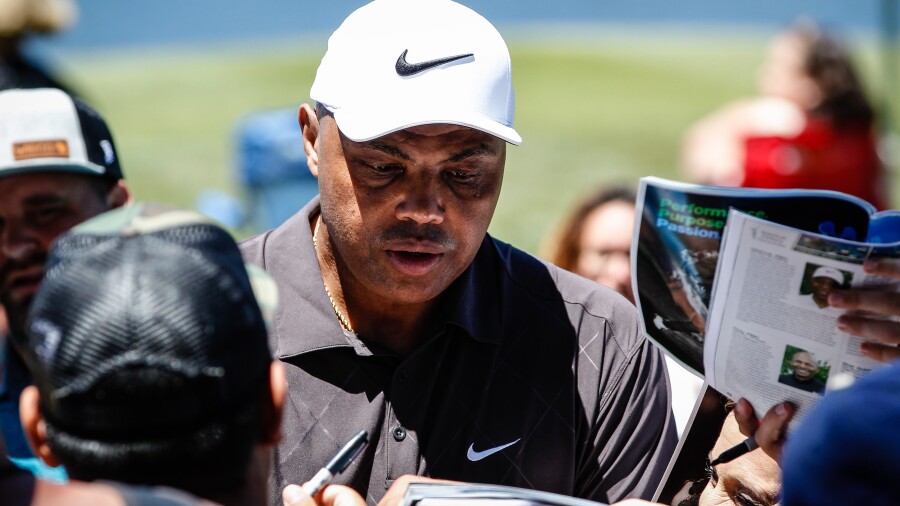 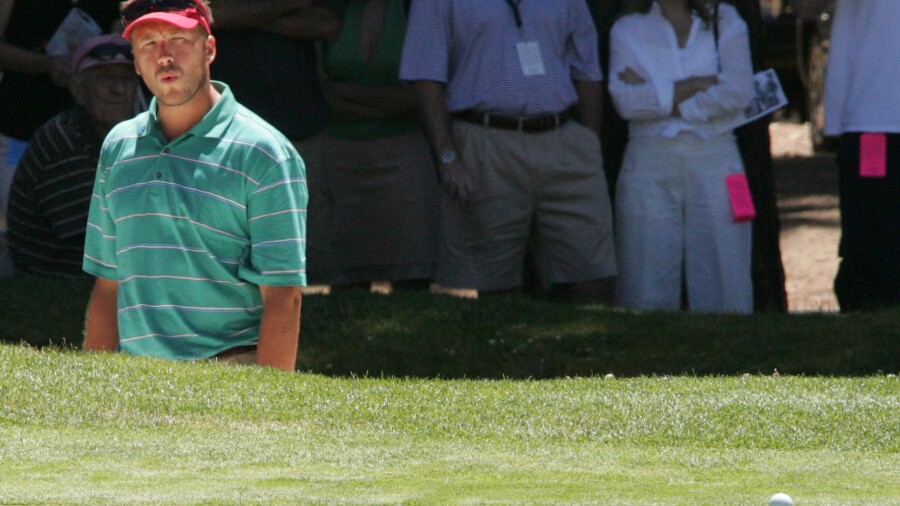 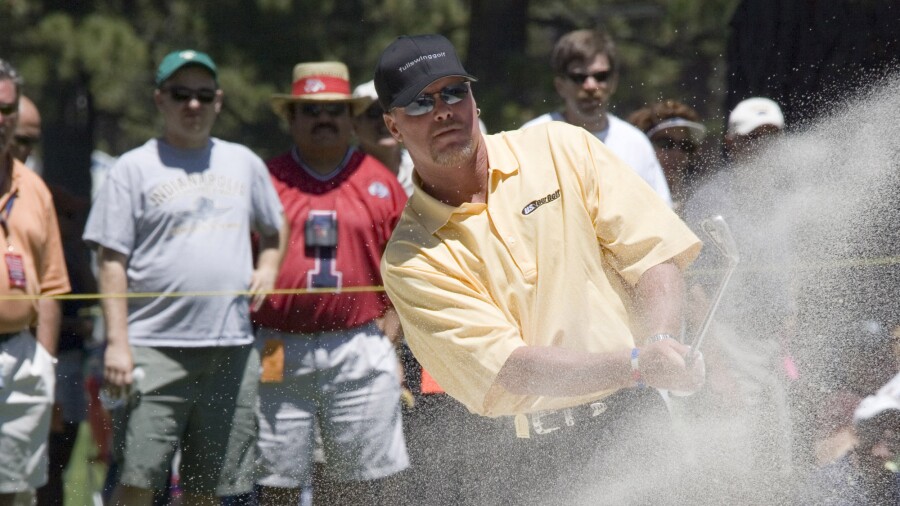 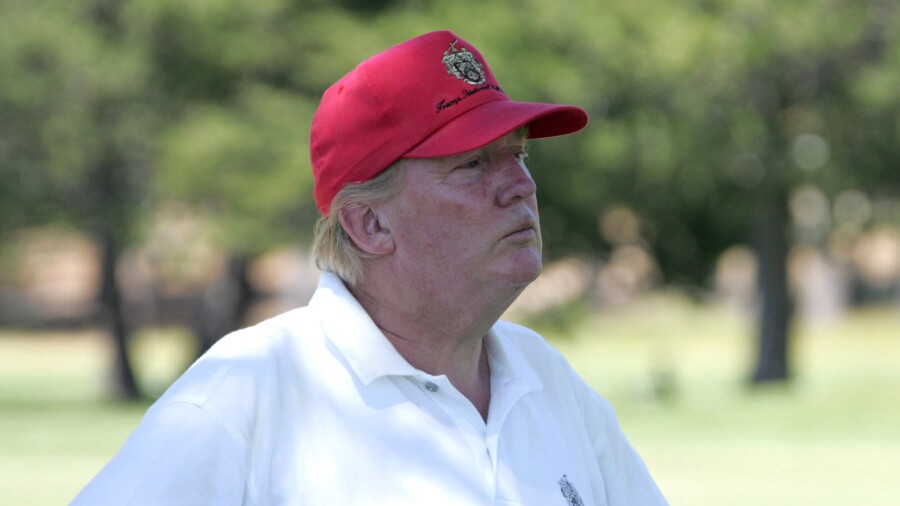 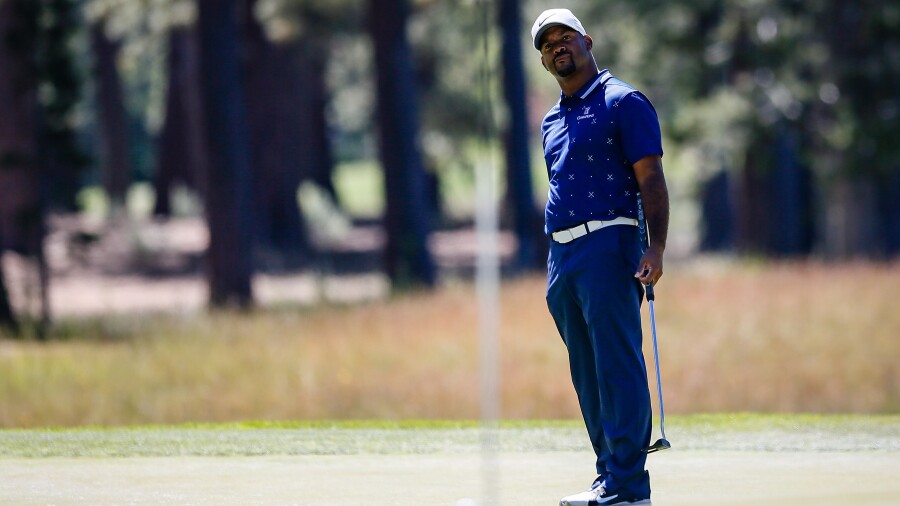 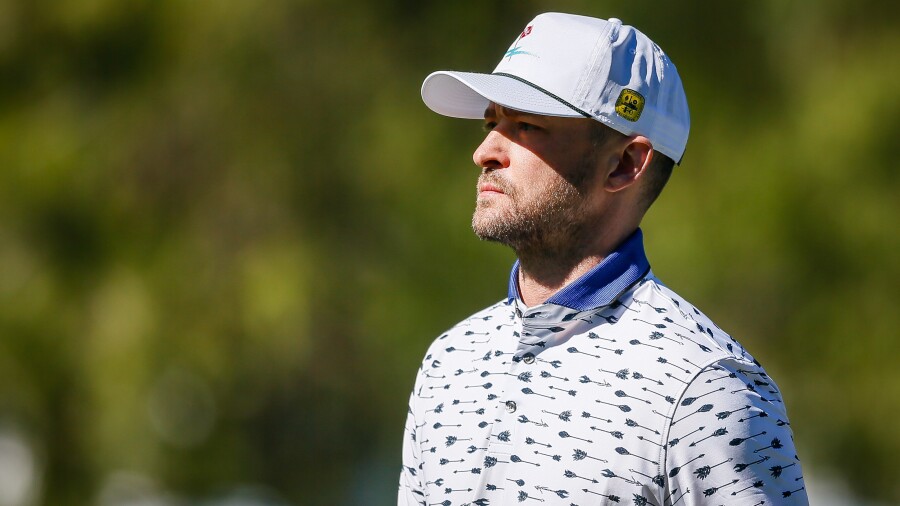 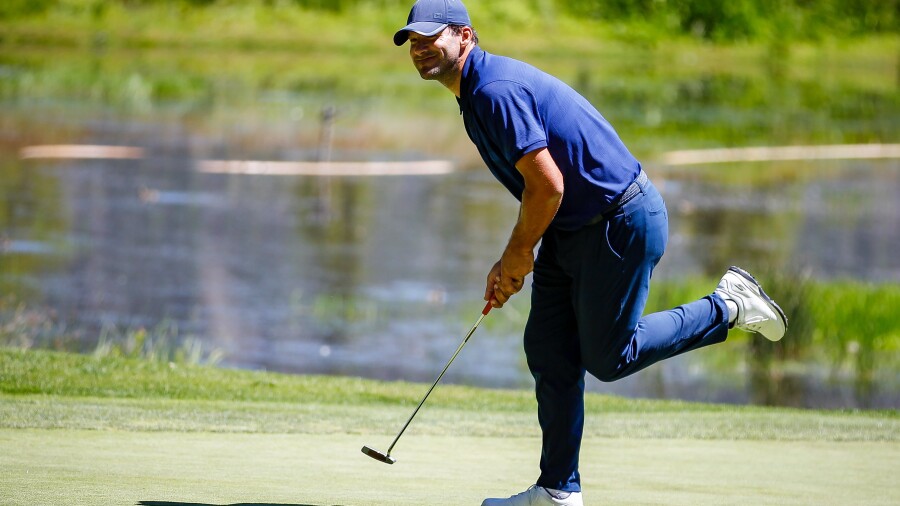 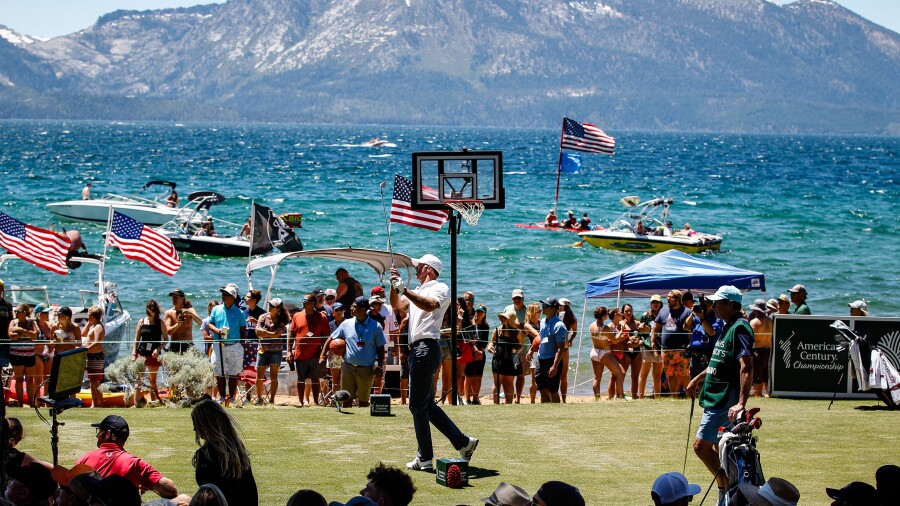 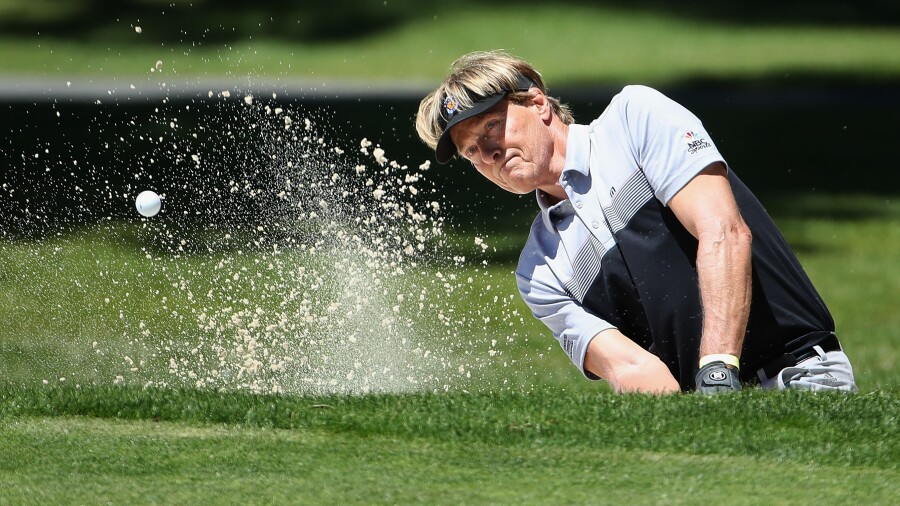 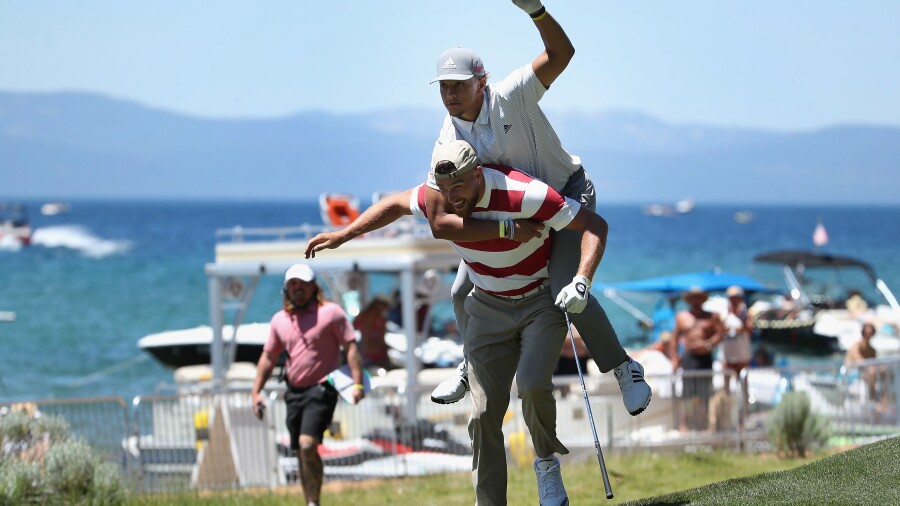 Our fun gallery of photos might inspire you to watch the strongest celebrity field in the ACC's history duke it out this weekend on Peacock, Golf Channel and NBC.

There are lots of reasons to tune in to this weekend's 33rd American Century Championship.

The three-day charity tournament from July 8-10 has become the major championship of celebrity golf, where a who's-who of famous people who love the game duke it out at the Edgewood Tahoe Golf Course on the shores of South Lake Tahoe. If watching the golf isn't your priority, tune in for the scenery. This is one of the most beautiful golf courses on earth with the lake framed by the High Sierras.

Or drop by for the celebrity sightings. This year's field is arguably the strongest ever top to bottom. There are stud athletes (Stephen, Dell and Seth Curry; Patrick Mahomes, Tony Romo, Aaron Rodgers, Charles Barkley and defending champion Vinny Del Negro); talented singers (Justin Timberlake, Nick Jonas and Jake Owen), fun actors (Colin Jost of Saturday Night Live and WWE Superstar The Miz) and even a major champion in World Golf Hall of Famer Annika Sorenstam. WWE wrestlers are actors, right? You didn't hear that from us.

All told, the 87-person field collectively represents 17 Hall of Famers, 13 Most Valuable Player awards, multiple Cy Young and Player of the Year Awards, as well as several Grammy and Emmy Award winners.

Since the tournament’s inception in 1980, the American Century Championship has donated more than $6 million to charity and non-profits. The event features a $600,000 purse, with $125,000 going to the winner, with many of the players donating their winnings to charities and non-profits.

We've dug up some of the best photos captured in recent years to pique your interest. Take a look:

By Jason Scott Deegan
Read More
Load More
Popular
Secrets from the World of Golf Travel: August, 2022
Trip dispatch: Straight down the middle of Alabama's Robert Trent Jones Golf Trail
Reflections from the 150th Open on the Old Course at St. Andrews
Why Pinehurst is the perfect new home for the World Golf Hall of Fame
Editorial Staff