These major champions got it done under the most intense pressure. They can help you do the same.

I'm going to go out on a limb and say you're probably not going to be playing in the PGA Championship later this month.

But I'm also willing to bet that if you're reading this, you're looking to play better. And that's something you have in common with all the greats who have captured the Wanamaker trophy over the years in the event that, of all four majors, features the strongest field.

Your own version of a major championship this year may be your club championship, the county amateur or just a high-stakes $2 Nassau with your buddies. Regardless, you're going to face some pressure over a few shots very soon. Here are five great tips from our archives from those who have been to the mountaintop in competitive golf and want to help you reach your own.

Golfers tend to overlook the takeaway as an important part of the swing, which makes 2014 PGA Champion Rory McIlroy's assertion that it's the part of his swing that receives the most attention particularly interesting. In order to start his swing off properly, he takes the advice of fellow PGA Champion Jack Nicklaus by using an interesting mental picture.

Sam Snead won three PGA Championships between 1942 and 1951, and finished third in the 1974 edition at the age of 62 (having also finished in the top 10 in the '72 and '73 PGAs). In this video from 1997, he and Jim McLean discuss the beginning of the downswing and provide a handy drill for making sure you deliver the club to the ball on plane. 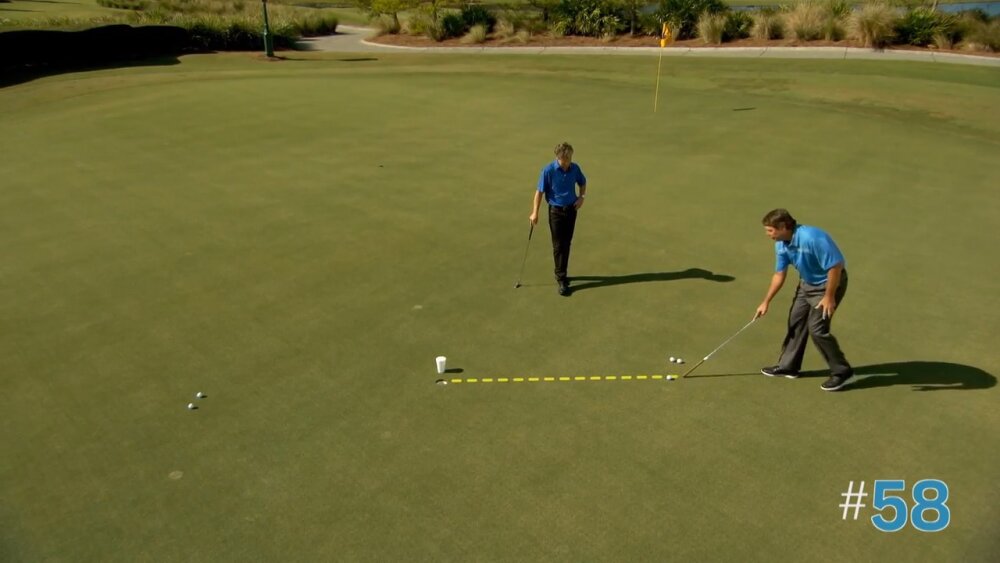 What makes putts that break away from the golfer so much more difficult than ones that go the other way. According to 1993 PGA Champion Paul Azinger, it has to do with how golfers walk into their putts. In this fascinating clip from 2014, he shows Brandel Chamblee exactly what he means.

When he holed a greenside bunker shot at Inverness Club in 1986 to stun Greg Norman, Bob Tway provided a highlight-reel shot and secured a place in golf immortality. He discusses the way equipment has caused the standard technique on greenside bunker shots to evolve in the years since his PGA Championship win.

Collin Morikawa wowed fans with his tee shot on the 16th hole at TPC Harding Park in the final round en route to his 2020 PGA Championship victory. In this Team TaylorMade video, he walks golfers through how to dial in a few different shot shapes with your driver.

Will not show me putting video. Frequently lets me view videos from my email and most times has certain lessons locked 😞

By Jason Scott Deegan
Read More
Load More
Popular
How the FlightScope Mevo+ can help you practice with purpose
Celebrating the U.S. golf courses built in the 1800s
Is Greece's Costa Navarino the world's next great golf destination?
Hiking 100 holes for a good golf cause
Editorial Staff