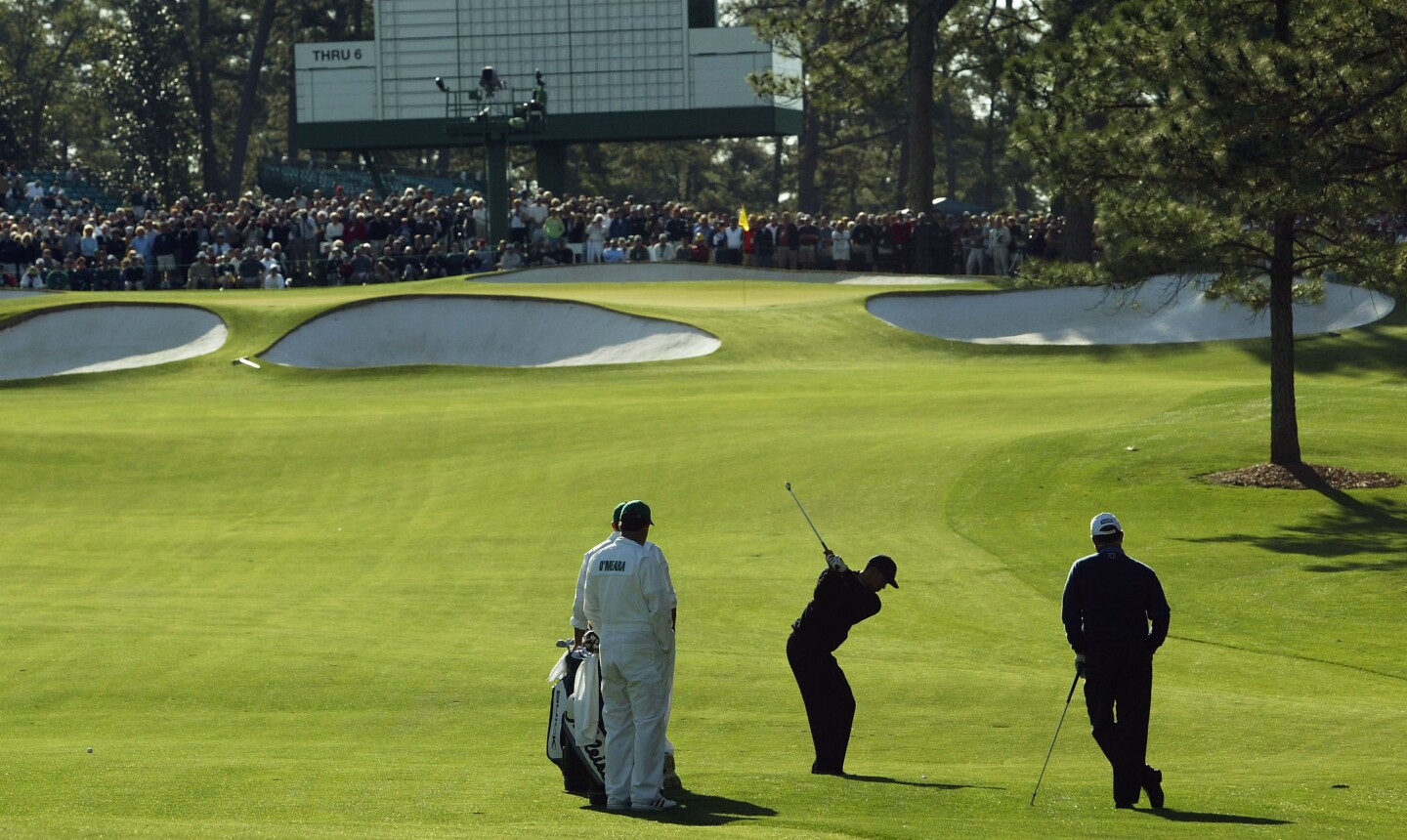 Yes, there are ways you can play exclusive Augusta National. Getty Images

So, you want to know the secret to playing Augusta National Golf Club?

Well, while we have cracked the code on how to play many of the top private golf courses in the world, Augusta National Golf Club remains the ultimate challenge.

Unless you know someone on the Augusta National Golf Club membership list, this is not an easy ticket.  Heck, even the pros need to win a PGA Tour event to get an invitation!

Having said that, where there is a will, there is usually a way.

Now, I can't say these tactics will work -- or are even feasible -- for you (and I'm not going to waste your time with stuff like, "win a PGA Tour event or the US/British Amateur," which get you invited to play in the Masters), but people have used the following methods to play Augusta National:

1. Become a caddie.  Yes, Augusta National Golf Club employs caddies and they do get some limited playing privileges. Specifically, there's a "Caddie Day" held just prior to the course closing in May in which caddies are treated to all-day play and a food/drink buffet.

The obvious question, of course, is: how does one become a caddie at Augusta National?  Well, a company called CaddieMaster Enterprises trains and supplies the caddies for the club, so you have to apply through them. But if you try this route, you better know your stuff. We hear it's a pretty tough application and screening process.

2. Become a volunteer. More good news: Masters Tournament volunteers also get the chance to play the course in May. The bad news: as you might imagine, there's a waiting list to become one of the 400 or so volunteers. The worse news: some say the waiting list is so long that the club has closed it. (In addition to the regular volunteers, many people on the Augusta National Golf Club membership list come down to help run the tournament).

3. Become an employee. Like any highly coveted organization, it helps to know someone at Augusta National if you want to work there. But if you manage to land a job, you'll get to play the course once a year.

4. Join the golf media. After The Masters, there is a drawing and 32 lucky members of the media get to play Augusta National the day after the tournament (under Sunday conditions, no less).

5. Befriend a member. Or, perhaps, do a fair amount of business with a member's company. Of course, the Augusta National membership list would be a big help here, and that's easy enough to find with your old pal Google.

Hello,
I have a non-Masters related question I'd like to send via letter to the right person, ANG president, Course manager, whomever. Have learned over the last week that info is really hard/impossible to obtain as (understandably) all links are Masters related.. Can you please help me with the name(s) and correct mailing or even email of the appropriate gentleman? Thank you in advance,

I would love to get my guy on Augusta National...he has won a few years ago, the state, national and world left handed championship..all in one year...I personally know Ben Crenshaw, not that it helps here...any suggestion?