A ball that's hard to lose in the rough or the woods? This little Genius ball could be coming soon 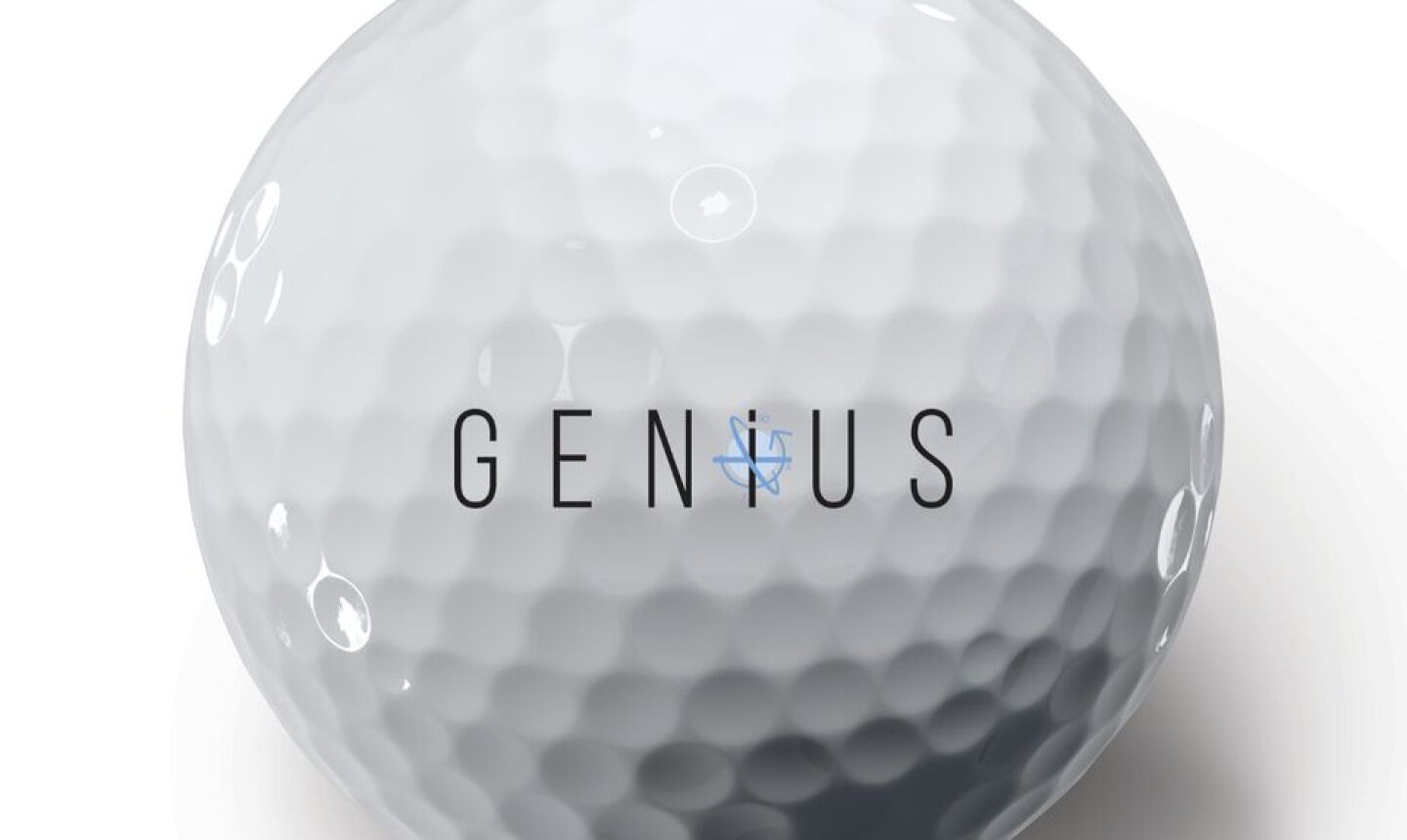 This ball, which could be ready by early 2018, could retail for more than $20 each for good reason. Courtesy of OnCore Golf 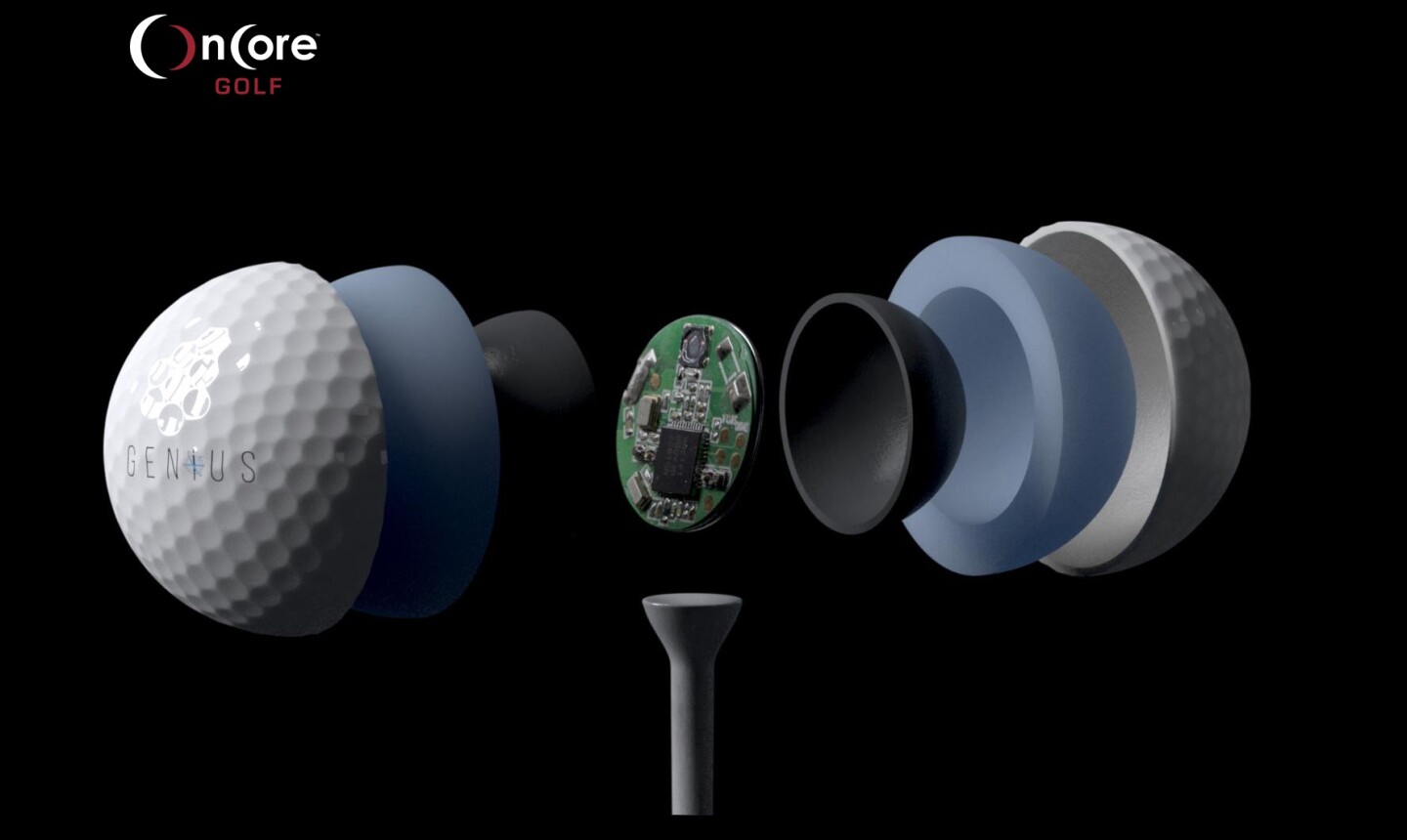 OnCore found a way to protect the electronics in the Genius ball it's developing. Courtesy of OnCore Golf 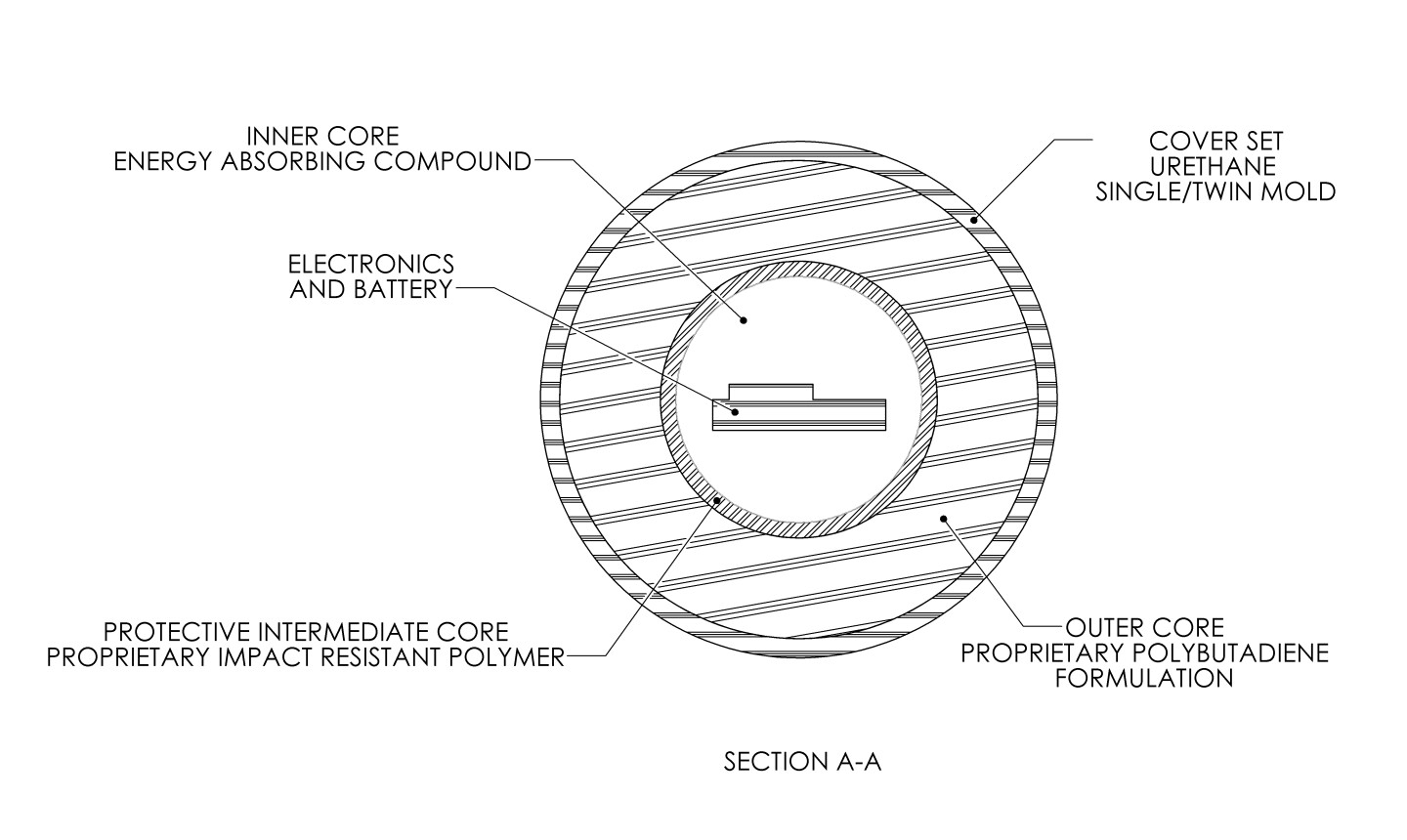 This might look the Star Trek Enterprise, but it's really just the schematic for OnCore Golf's new Genius ball. Courtesy of OnCore Golf

Imagine a golf ball that's next to impossible to lose. Hit in the high grass and track it with your smart phone. Slice it into the woods and you can go in there and go after it with a reasonable chance to find it. At the very least, you might be able to take an unplayable and avoid the dreaded trip back to the tee. Best of all, you haven't lost your $5 Pro V1 you just took out the sleeve on the first tee, although such a ball would certainly cost more than five bucks.

Such a ball may be closer to reality than you think, and it would offer much more than just the ability to be located. If you've been to a TopGolf, you know that its balls are equipped with technology that tracks them into which target they land, which is how points are tracked and scored in their variety of games, while literally hundreds of golfers are hitting balls into the targets at the same time.

OnCore Golf, a relative newcomer in the tough golf ball market, is developing a ball with what amounts to a micro-computer inside of it, capable of transmitting all kinds of information back to a smart phone, including its location after you hit it.

It's appropriately named the Genius ball (www.GeniusBall.com), and while it's highly doubtful such a ball will be allowed in competition anytime soon, it opens up all sorts of possibilities, including data currently offered by launch monitors and other equipment.

The cool part about it all is that data such as ball speed, time in air, carry and roll aren't estimated — they'd be exact because after all, the figures are coming from the ball itself, not Doppler Radar or some other means.

Genius: How it works

The difficulty in developing a smart golf ball, besides building the electronics small enough, has been how do you protect the sensors and chips inside a golf ball when it's being blasted time after time by a golf club? OnCore claims it has solved this issue utilizing an advancement of its patented hollow metal core technology, which provides a protective housing for the electronics.

The Genius ball's embedded electronic sensors and measurement systems include a GPS chip that will determine a wide range of data for each shot, including the ball's distance, flight path, velocity and spin rate. Using Bluetooth, it's then communicated to a player's mobile devices in real time.

In addition to developing their own proprietary software interface for mobile devices, OnCore also expects to work with other golf app developers to allow the Genius ball's data to be easily integrated with other GPS and course visualization applications.

Cost of the balls are expected to be around $20-$25 each, according to the company, although bought by the sleeves, it's expected to come down a little.

It's mostly about the numbers

The company also hopes that golfers will be impressed with the performance of the ball. It most likely will have a urethane cover, say company officials, but it's not meant to outperform the company's premier golf ball, the ELIXR, which the company says is as good or better than any ball in the market.

"It is meant to perform like a great ball but with insane data captured from it and will enhance anyone's understanding of their own game," said Curt Rogers, who is marketing the ball for OnCore. "We think this will be a staple for every teaching pro out there and be the go to ball for having friendly competition on the course based on specific metrics…This ball is to revolutionize the way golfers and teaching professionals and regular consumers alike can get comprehensive and real time analytics of their game. It is like having a five-figure costing trackman in your pocket."

Of course, one of the most desirable characteristics of the ball is the ability to find wayward shots. Even if you hit in the water, the electronics still work. But retrieving it, of course, is a different story.

A prototype of the Genius Ball is expected to be ready for the 2018 PGA Merchandise Show in Orlando in January, and to begin shipments in the second quarter of next year.

The company is also providing golfers an opportunity to become the first to experience the product through their Indiegogo crowdfunding campaign. All participants will be notified when the Genius ball is ready to ship and have priority in placing orders for the initial production run.

Mike Bailey
Mike Bailey is a senior staff writer based in Houston. Focusing primarily on golf in the United States, Canada, the Caribbean and Latin America with an occasional trip to Europe and beyond, he contributes course reviews, travel stories and features as well as the occasional equipment review. An award-winning writer and past president of Texas Golf Writers Association, he has more than 25 years in the golf industry. Before accepting his current position in 2008, he was on staff at PGA Magazine, The Golfweek Group and AvidGolfer Magazine. Follow Mike on Twitter at @MikeBaileyGA and Instagram at @MikeStefanBailey.
31 Comments

Sound great I'm a senior High handicapper and some times forget where the ball is.

Where i can order this balls

How many times can it be hit before it scrambles it's micro chip?

Can not wait to use his golf ball.

Who cares if they float!!! You going to swim out to the middle of a pond to retrieve it??? Just use a regular ball if there is water off the tee box.

I do! My plan is use an awesome-super-golf drone and send there to get it!! :)

Will different sounds be available ?
If the ball falls in the water will it float?

Sounds like something that would benefit my game. Where I play there is s lot of tall grass which has many of my balls. I'd love to try it.
Thank you.

It is technically illegal to use your phone during a round. Not legal but it is ok to use when you are just practicing alone or playing with friends.

Well... It's a great idea but it would have to be COMPLETELY symmetrical and weight balanced because currently (literally) the difference between a cheap ball and an expensive (high quality ball) is the "little balance & spin" discrepancies that cheaper balls DON'T pay much attention to but higher quality balls, DO!

Great for training, teaching, learning!! I just buy cheaper balls, but I’d look at them !!

Tim Gavrich
Senior Writer
Now Reading
A ball that's hard to lose in the rough or the woods? This little Genius ball could be coming soon
Search Near Me