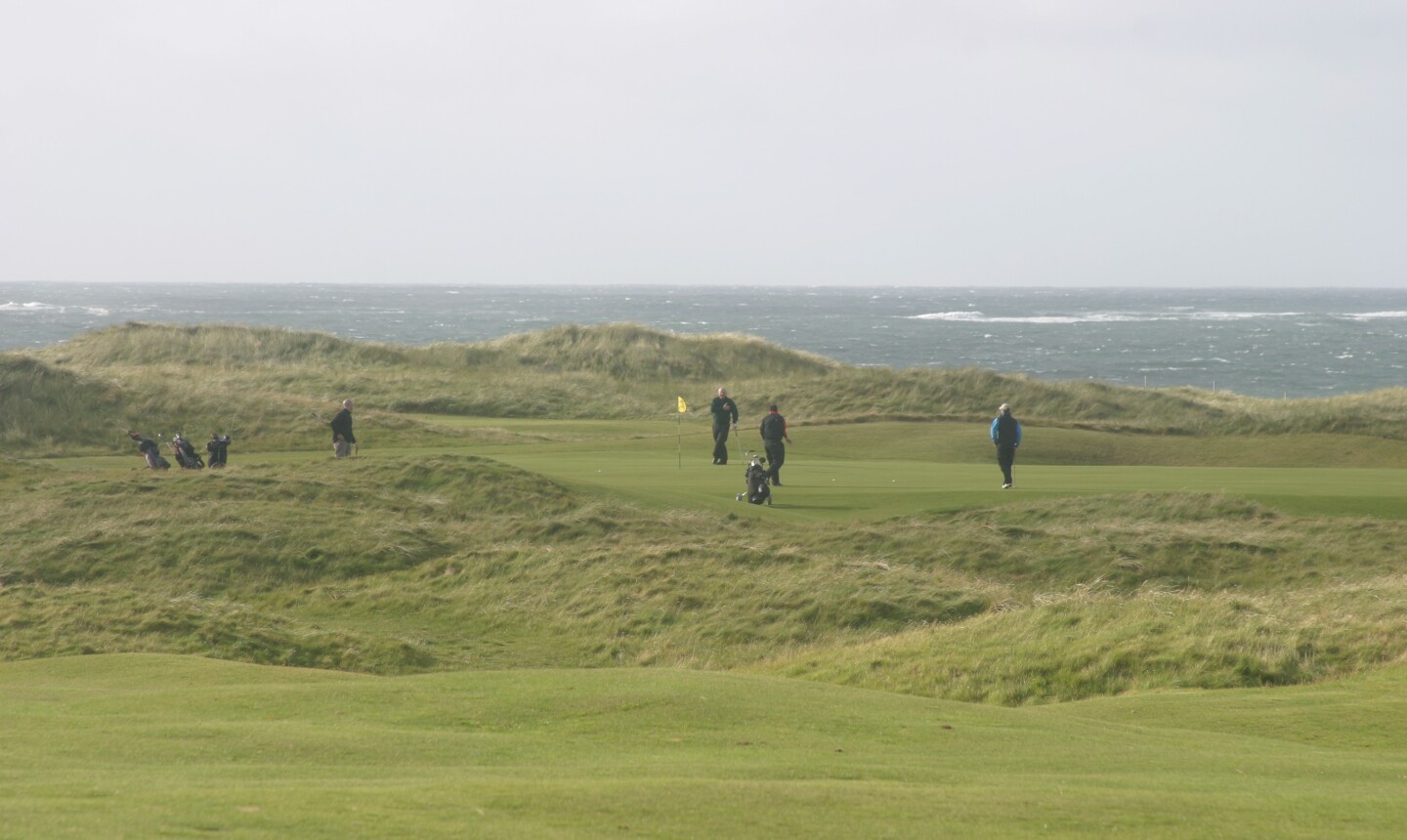 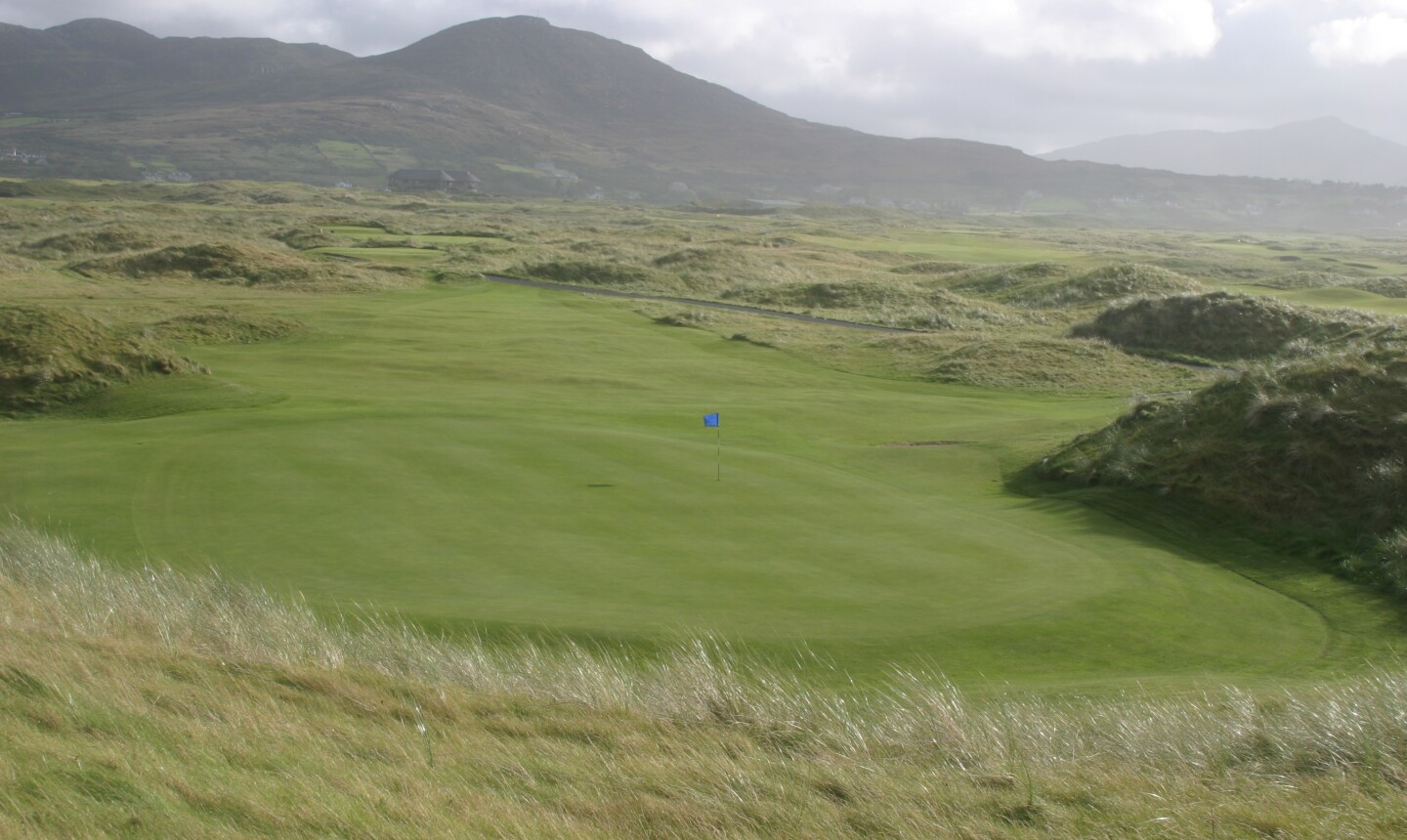 The 12th hole on the Old Links at Ballyliffin Golf Club is called "The Dell." Jason Scott Deegan/Golf Advisor 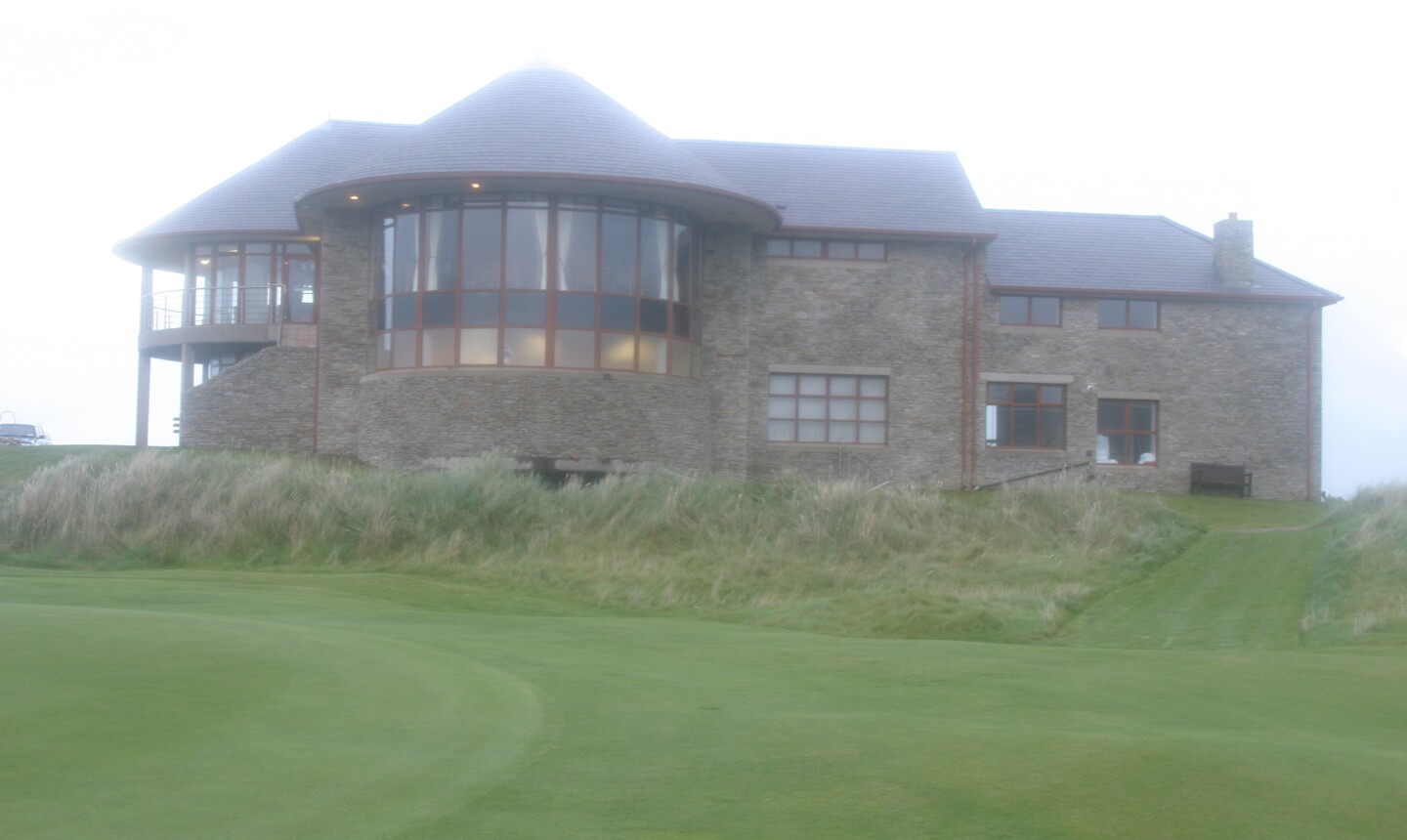 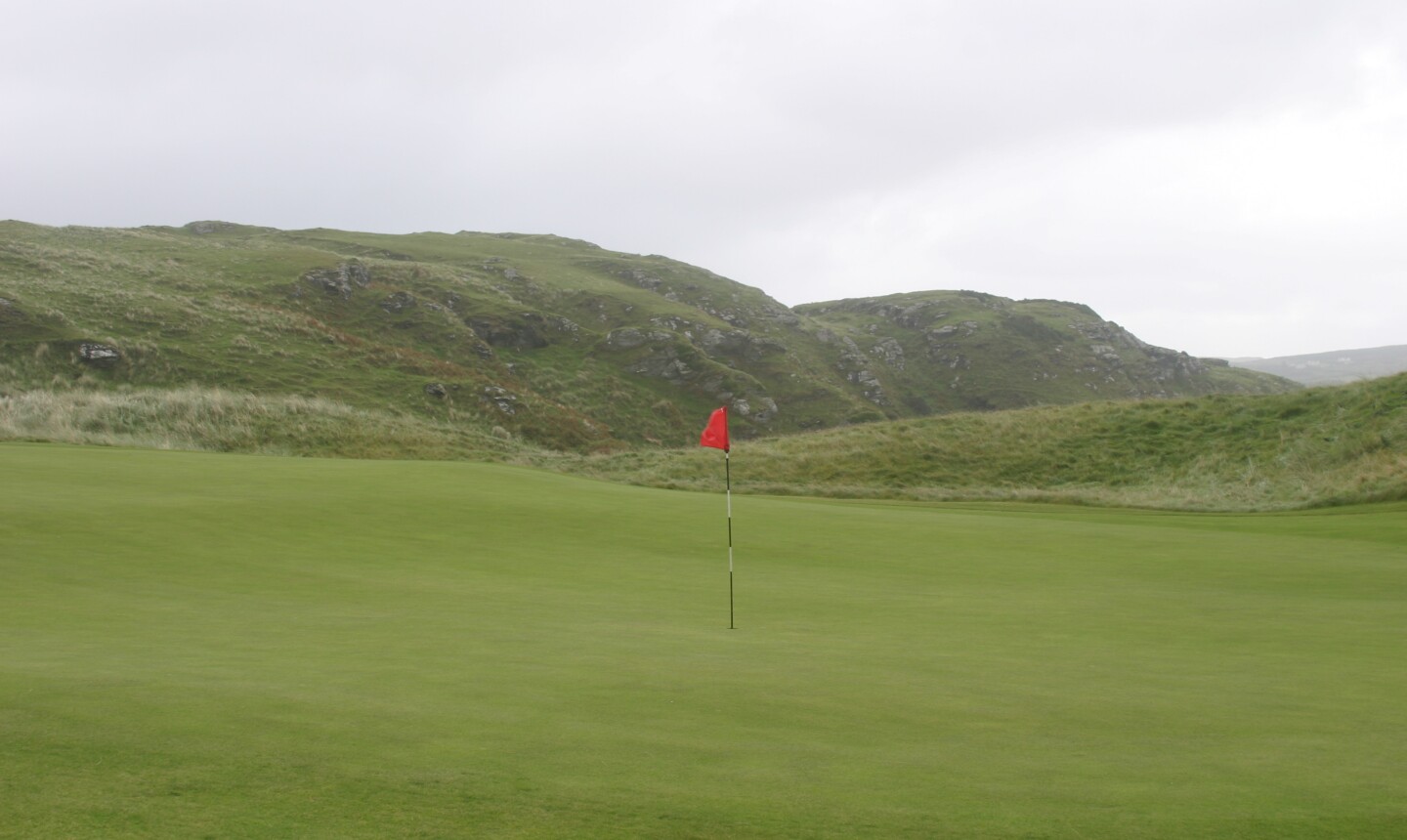 INISHOWEN, County Donegal, Ireland -- The members at Ballyliffin Golf Club have a saying about their two magical courses, the Old Links and the Glashedy Links, situated on the northern coast of Ireland.

They boast that the Old Links course at Ballyliffin was fashioned by god and the Glashedy Links by man. When it comes to 36-hole golf clubs in Ireland, none are better than Ballyliffin.

Not The K Club. Not Ballybunion Golf Club. Not Lahinch Golf Club. Those three Irish headliners have elite courses, but they lack a secondary site so highly acclaimed as Ballyliffin's dynamic duo.

Truth be told, neither course at Ballyliffin can be considered secondary. Both are so different, and so good, that it's imperative to play each one. Only then can you decide to claim a favorite.

"Both courses are a step back in time. They use the pure links land to their best," said John Farren, the general manager at Ballyliffin. "Normally you have one weak course. Both are grand. The quality of the courses and the conditioning is second to none."

Ballyliffin was the favorite stop of brothers Bill and Chuck McDonough of the Chicago area during two trips touring the links courses of northwest Ireland and Northern Ireland the past two summers.

"Ballyliffin is just a great property," Chuck McDonough said. "The Glashedy course has the bigger dunes. The routing has more change in elevation. The Old Links was a great course, too. It was a shade easier."

The Old Links is a bit of a misnomer. Although the club dates to 1947, the current Old Links course sports five holes that are relatively new -- the spectacular par-5 14th was redesigned by Nick Faldo in 2006, and four holes were rerouted by Pat Ruddy when he was hired to build the Glashedy Links in the 1990s. The rest of the Old Links dates back to 1973, when Ballyliffin grew from a quaint nine-hole course to a full 18 holes at its current site with the help of Eddie Hackett, the late great Irish architect who designed a number of legendary links.

Upon his first visit to Ballyliffin in the 1990s, Faldo reportedly fell so in love with the Old Links that he stayed overnight to finish playing all 18 holes. Faldo's offer to buy the club was turned down, but his work at the Old Links showcases his spiritual connection to the place. Faldo renovated all the bunkers and repositioned several tees, allowing for more soul-stirring views of the Glashedy Rock off the coast. The new par-5 14th he added now rivals "The Tank" -- the dynamic uphill par-3 fifth -- as the best hole on the course.

Faldo's effort didn't detract from the Old Links' biggest charm, either: The rumpled fairways, which wildly skip and hop from tee to green.

Ruddy has similarly strong feelings for his Glashedy Links, which he co-designed with Tom Craddock in 1995. The golf-writer-turned architect is currently leading a facelift of its bunkers and the addition of several tees to modernize the course. The back nine is complete, with the front nine scheduled to be finished no later than next spring. Every bunker, whether new or being moved to pinch the landing zones of today's high-flying drives, is being given high sod-wall faces.

Farren said the changes will actually help the course play easier for everyday players, even though there are more bunkers than ever and they're more penal. They're being built with scratch players in mind.

"The bunkers are more visible now, so they will not catch as many balls," Farren said. "Players can steer away from them. They help frame the holes better."

Ruddy calls a memorable three-hole stretch on the back nine the course's "magic circle." It starts with the strong 572-yard par 5 at No. 13 that climbs through a passage of dunes. Two bunkers along the right side thwart timid drives. Six more bunkers stair-step up the left. Three pot bunkers hide behind the green.

The elevated tee at the par-3 14th hole serves up the best views of Glashedy Rock in the distance. This 183-yarder drops downhill to a narrow green sandwiched between bunkers. Depending on the direction of the wind, the hole can demand a 9-iron or a 3-wood.

The par-4 15th hole is the course's sternest test. The dogleg turns left near five fairway bunkers to climax at a propped-up green protected by four more traps.

"One could play the magic circle in a continuous loop forever in the knowledge that golf doesn't get any better," Ruddy said.

Ballyliffin Golf Club is located in the "back of beyond." That's the way one Irish tour driver described its remote location to me on my first visit in 2007. Lucky millionaires such as Faldo arrive by helicopter. The rest of us still feel rewarded for making the long trek by finding one of the world's best theaters for links golf.