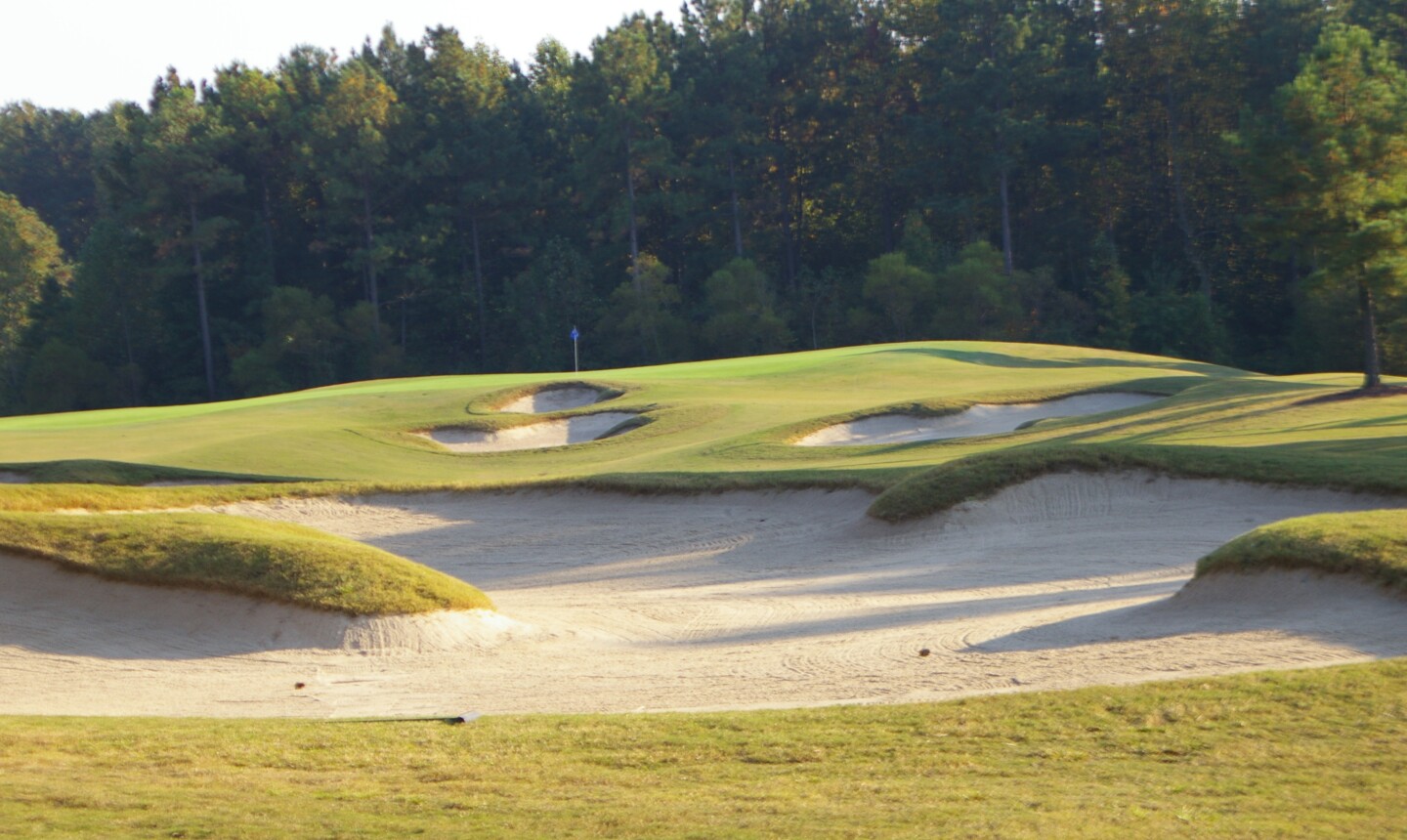 Independence is the only daily-fee course in Virginia designed by Tom Fazio. Kevin Dunleavy/GolfAdvisor 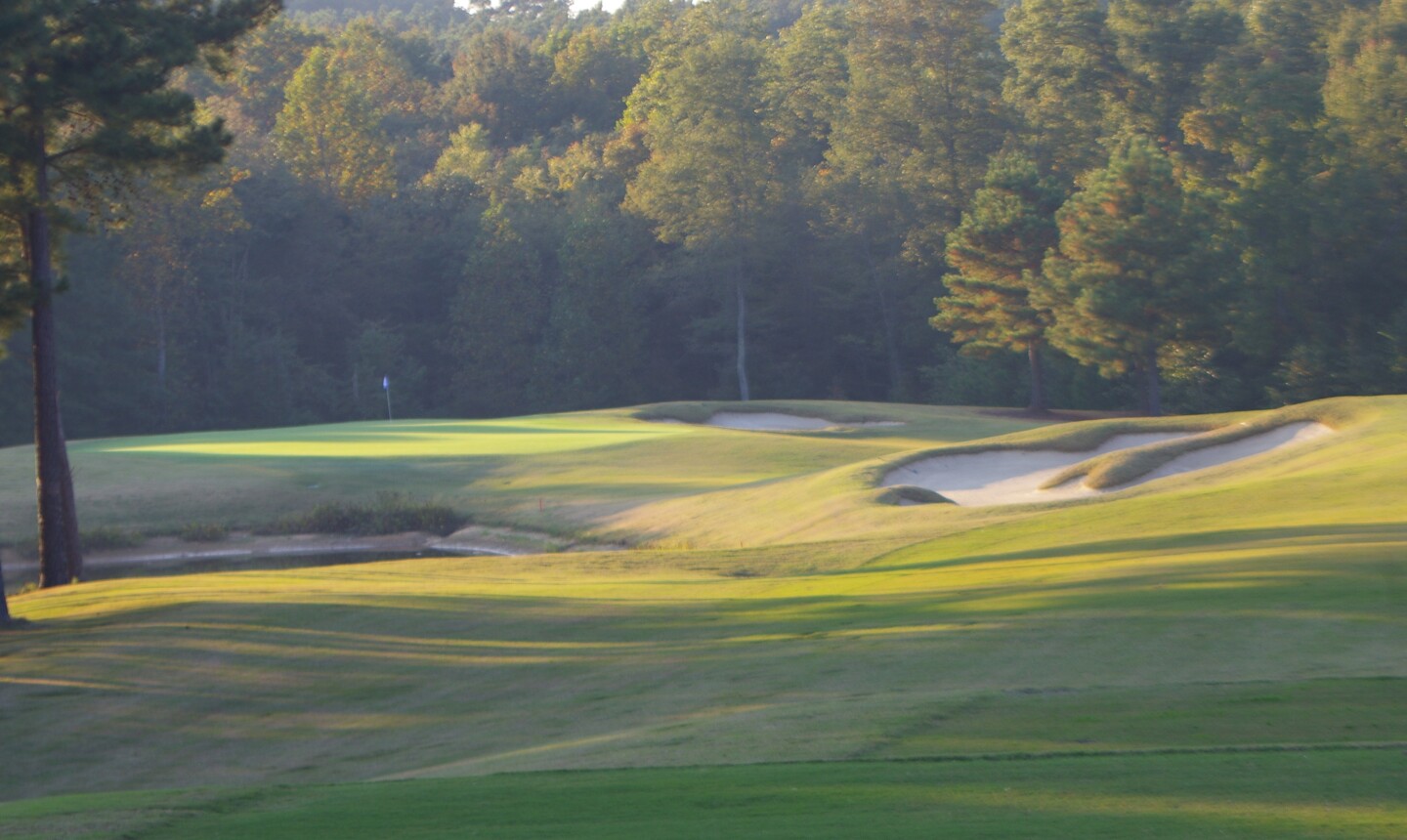 The 10th hole at Independence has one of the toughest approaches on the course, to a green that falls off in all directions. Kevin Dunleavy/GolfAdvisor 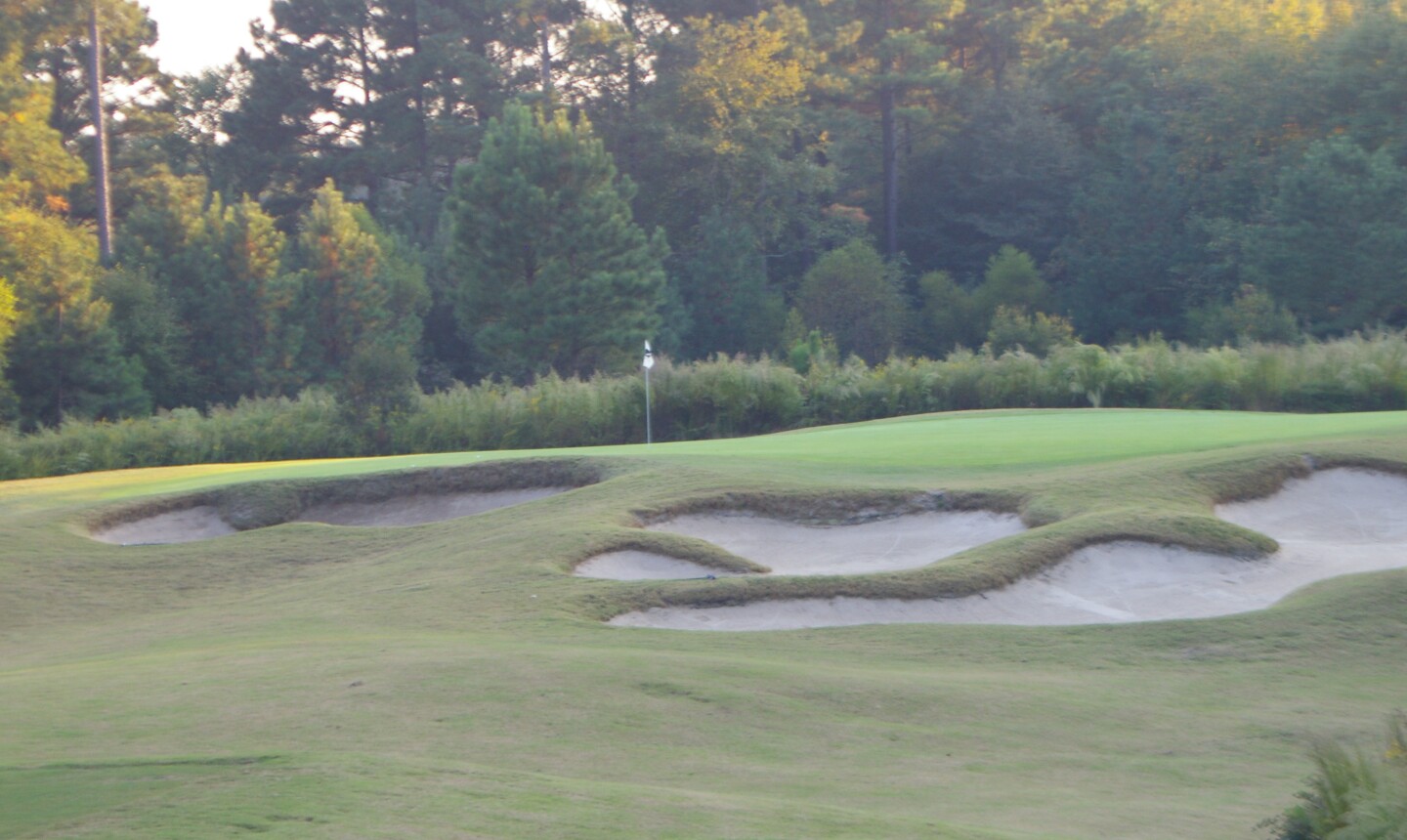 The shortest par 3 at Independence G.C., the 162-yard 11th, has one of the smallest greens. Kevin Dunleavy/GolfAdvisor 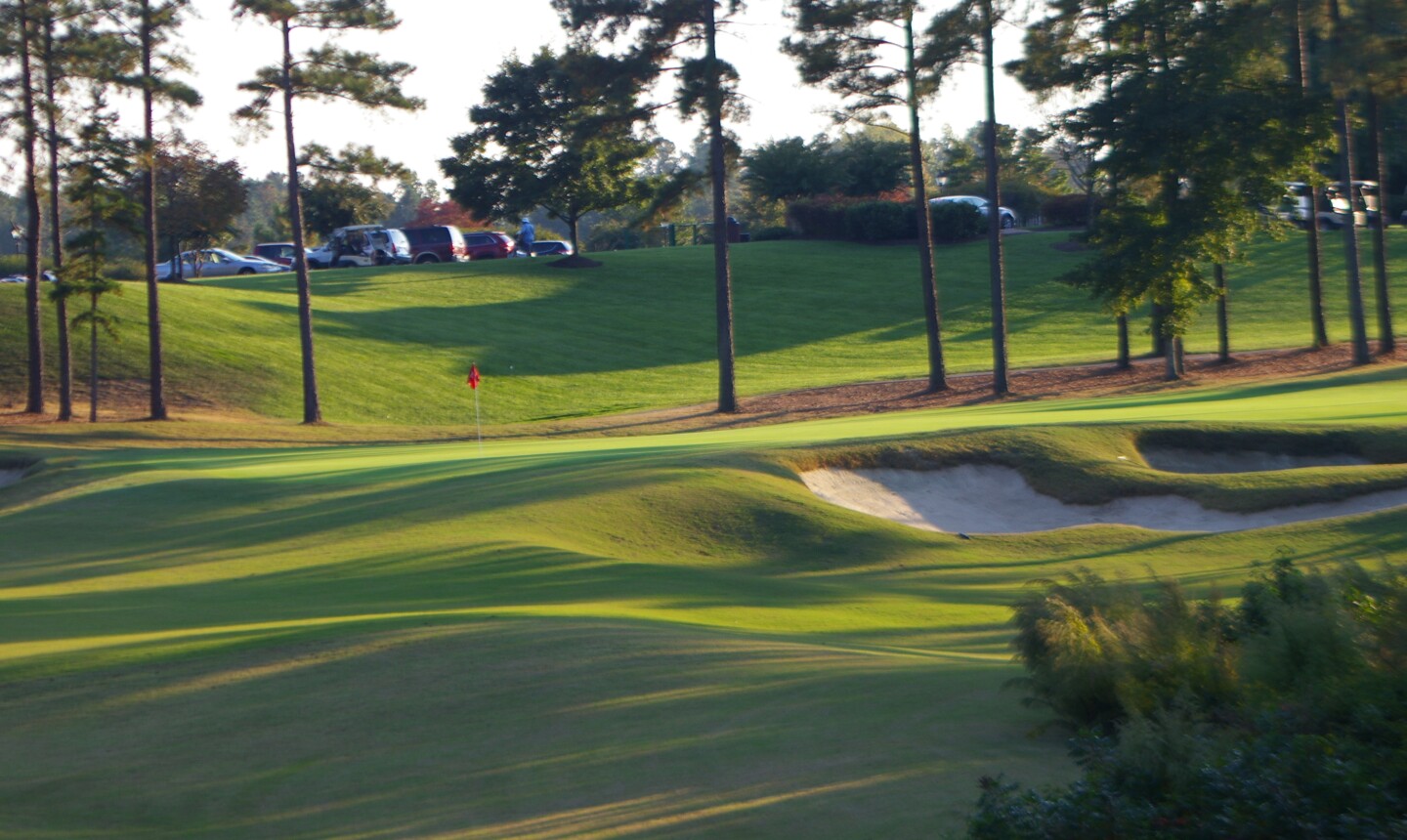 There's nothing routine about the green complexes Tom Fazio designed at Independence -- such as the one on no. 9, shown here. Kevin Dunleavy/GolfAdvisor

MIDLOTHIAN, Va. -- Playing Independence Golf Club is like being in Texas. Everything there is big. The course, in the suburbs west of Richmond, has big fairways, big greens, big bunkers, big trees and a big clubhouse.

Most of all, Independence was built with big ambition, evident when one approaches the parking lot and reads the following on a semicircular green wall in -- what else -- big, block letters: "I have great expectations of you, but none higher than you may attain."

While those words, written by Thomas Jefferson to his daughter, might seem more appropriate for the Lawn at the University of Virginia, it is a hint to the high-minded mission that Independence served for its first 12 years when it was owned and operated by the non-profit Virginia State Golf Association Foundation to promote amateur and junior golf.

In October of 2013, however, the facility was sold to Pros Inc. of Richmond.

"We are very honored to be the stewards of the vision that was set out by the founders years ago," Gill Breed, president and CEO of Pros Inc., told RichmondBizSense.com. "We look forward to trying to bring the course to the next level."

For those who already love the muscular layout, the expansive views and the sheer majesty of Independence, it will be interesting to see what the "next level" brings, though it almost certainly will include a move away from junior golf and toward profit maximization.

Possibilities abound for a facility that includes a 22,000-square-foot clubhouse, a junior clubhouse with full kitchen, three dormitories that sleep 16 apiece, and a pair of four-bedroom cottages.

Increased visibility is part of the plan. According to Breed, his brother Michael Breed, who hosts "The Golf Fix" on the Golf Channel, will open a golf academy at Independence. There's plenty already there to support it with a learning center, a sweeping practice range and putting green, and a nine-hole, par-3 course.

Standing on the elevated first tee, one gets an immediate and accurate representation of what the Tom Fazio-designed course is about.

The opening drive is a long carry over thick vegetation to a wide but well-protected fairway with bunkers on the right and water on the left. The uphill approach is to a green fronted by steep bunkers. It's a jaw-dropping first hole, equal parts dramatic and demanding at 465 yards. The theme continues throughout.

At Independence, the difficulty increases as one approaches the sloped, heavily bunkered greens. At 7,127 yards from the back tees, with a rating of 74.6 and a slope of 139, Independence is plenty enough course to host the SunTrust State Open of Virginia since 2007, along with a variety of other VSGA tournaments and qualifiers.

The last four holes of the front nine are spectacular. No. 6 is a strategic par 4 that is all about staying out of the sheer-face bunkers that front the sprawling green. No. 7 is a 220-yard, uphill par 3 with a huge green framed by trees. No. 8 is a 536-yard par 5 that can be reached in two shots but is complicated by a brilliant bunkering scheme from the fairway to the uphill green. No. 9 is a 202-yard downhiller to a plateaued green with a daunting set of bunkers on the right.

Highlights of the back nine include no. 13, a tempting, reachable par 5 at 515 yards, but perilous with a creek guarding the right side of the green; no. 14, a 208-yard par 3 with a wild bunker complex and green carved into the side of a hill; and no. 15, another of the visually appealing par-4 holes at Independence, which drops to the fairway and rises to the green.

There are plenty of brown patches at Independence Golf Club and peripheral areas that have turned to dirt. But the condition of the fairways and greens remains immaculate, while the ball sits up nicely in the wiry Bermuda rough.

With rates that top out at $75, Independence is a bargain considering its pedigree as the lone daily-fee golf course in Virginia designed by Fazio. Like many Fazio courses, Independence is both visually pleasing and playable with its wide fairways and five sets of tees.

A trip through the massive, Jeffersonian clubhouse, which includes the Museum of Virginia Golf History, is enough to realize that Independence is a rare and unforgettable experience.

Kevin Dunleavy
Kevin Dunleavy is a longtime resident of northern Virginia, a graduate of George Mason University, an award-winning reporter covering golf, colleges, and other sports for the Washington Examiner, and a single-digit handicap still seeking his elusive first hole-in-one. Follow Kevin on Twitter at @KDunleavy.
0 Comments
More from the author