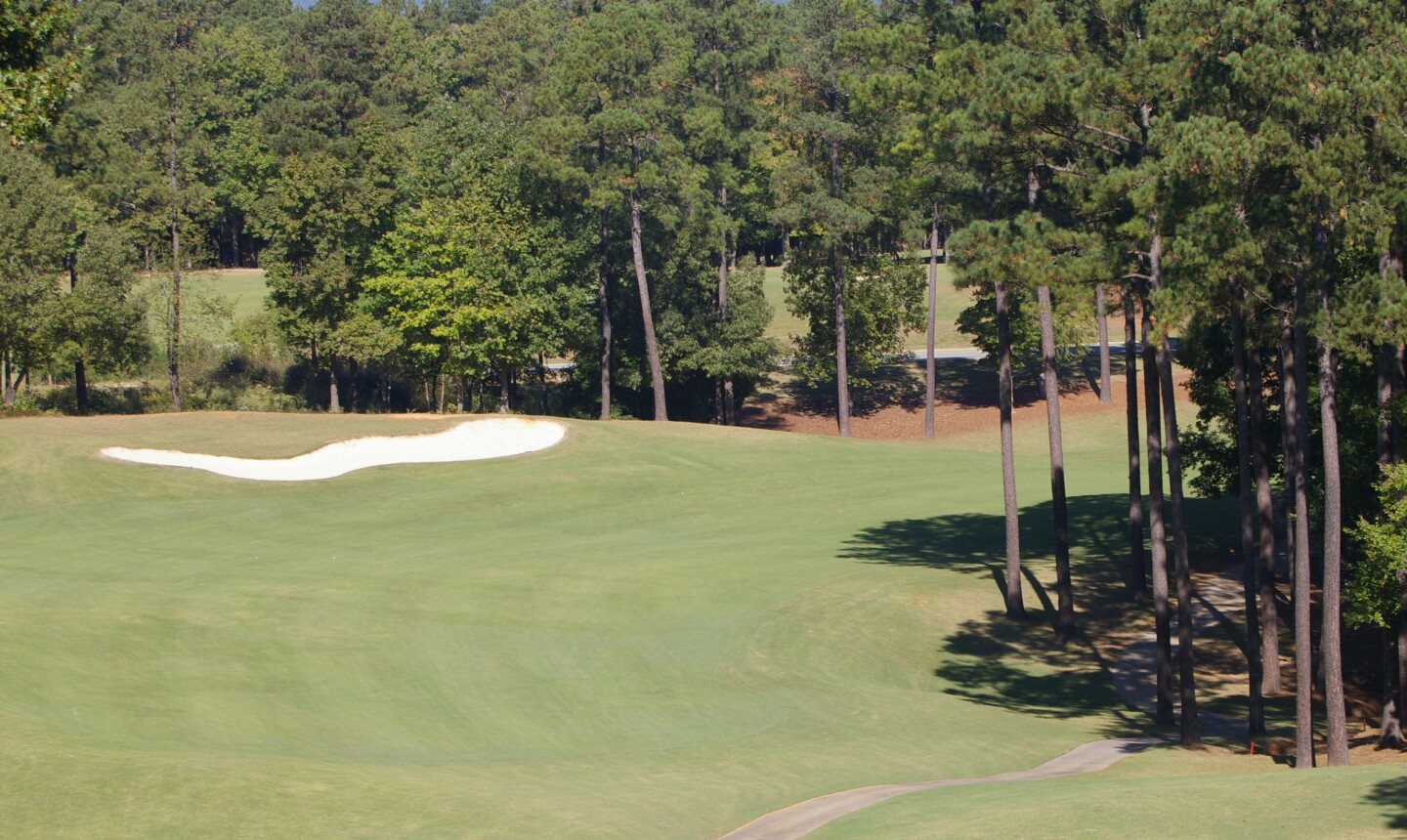 One of the many downhill tee shots at Cobblestone comes on the Garnet nine's third hole. Kevin Dunleavy/Golf Advisor 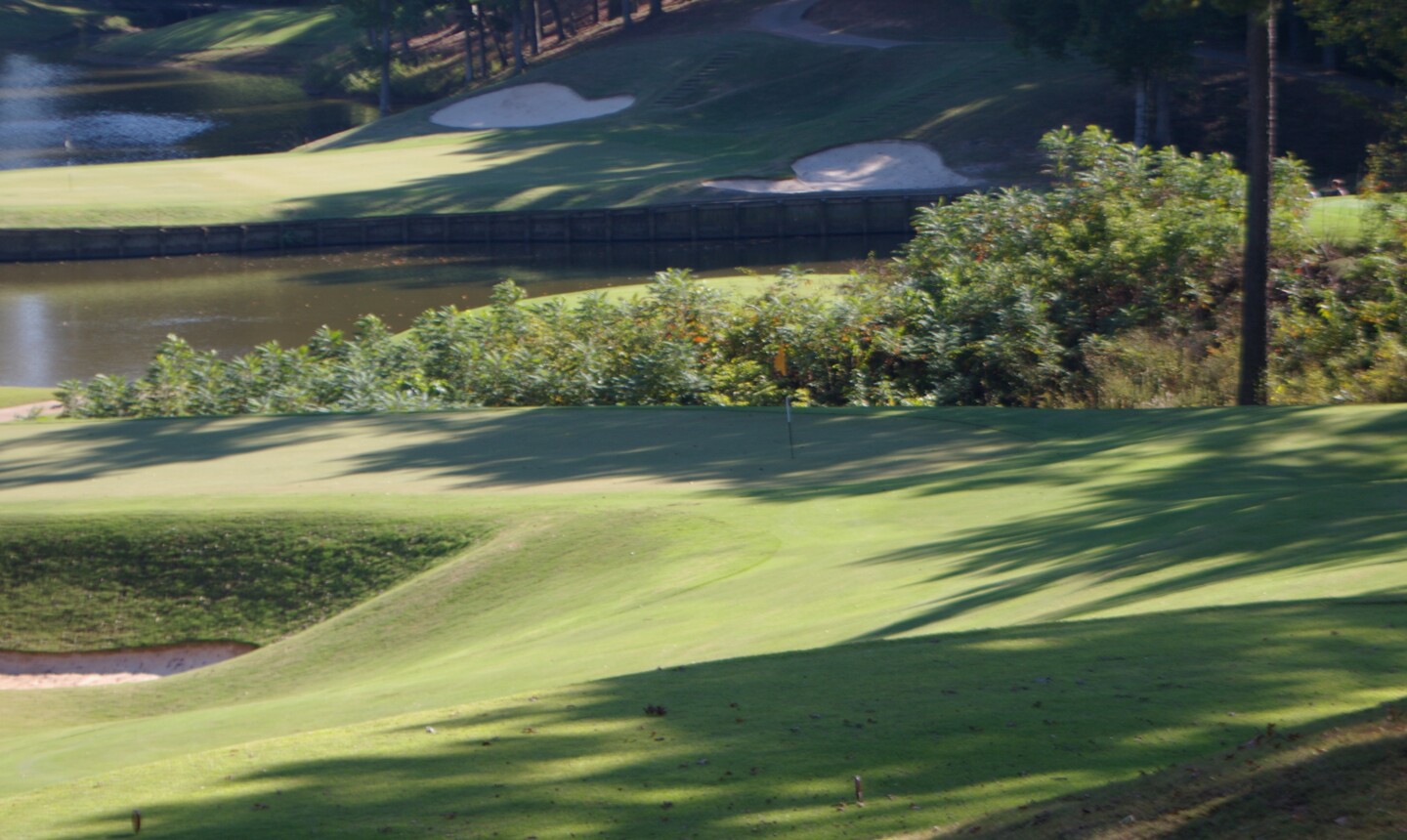 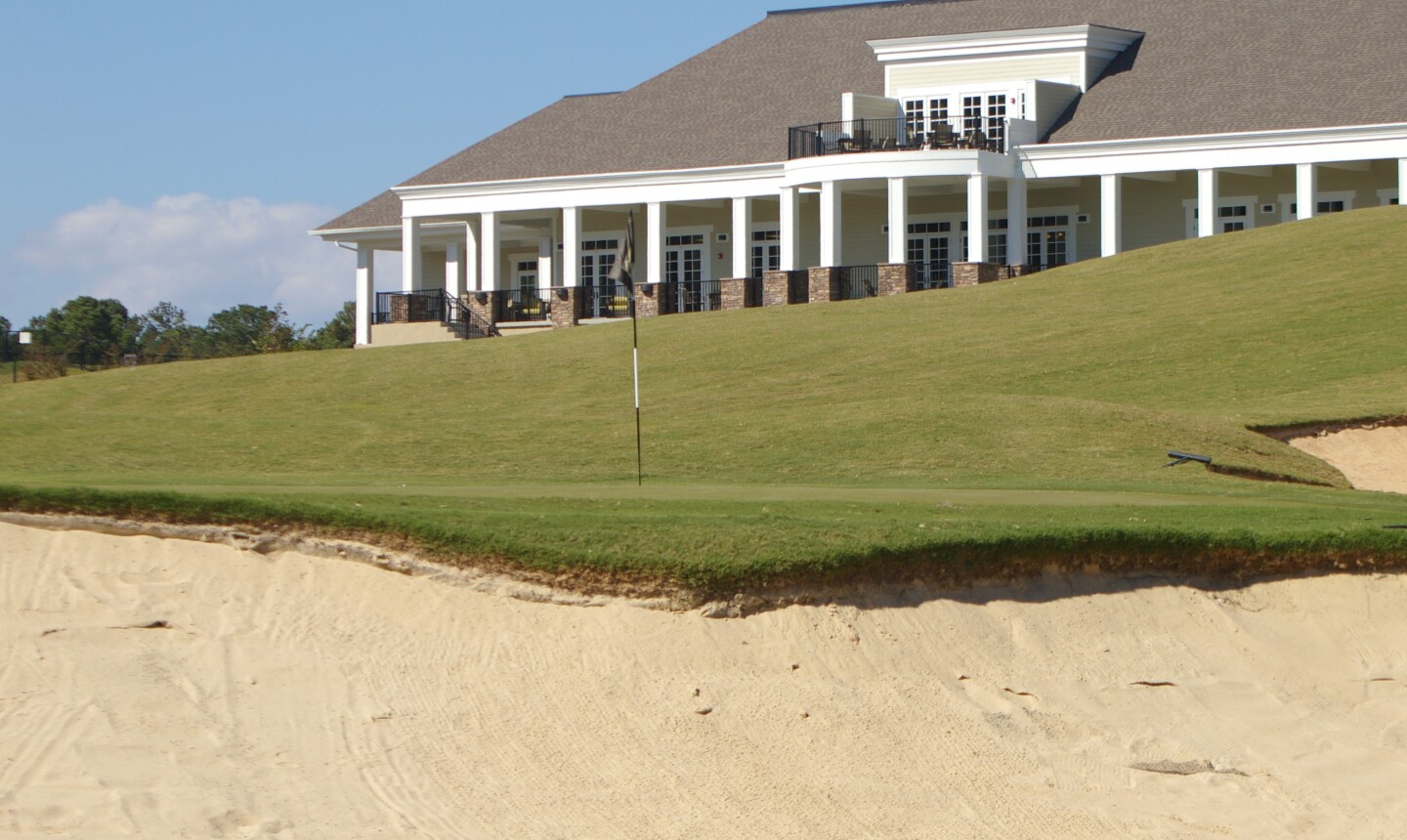 The elegant Cobblestone Park clubhouse was completed in the fall of 2014. Kevin Dunleavy/Golf Advisor

BLYTHEWOOD, S.C. -- Cobblestone Park Golf Club went public a few years ago. But you may not feel like you belong.

With all the young, fit, tanned golfers with perfectly balanced swings hitting balls at Cobblestone, it's easy to get an inferiority complex.

But there's a reason why players might feel they've stumbled into an episode of Golf Channel's Big Break show: Cobblestone Park is home to the University of South Carolina men's and women's golf teams.

And what a recruiting tool Cobblestone Park must be. The back of the Gamecocks' team house overlooks the most elegant part of the course. Out the front door is a 30-acre practice facility with a 14,000-square-foot putting green and a range with elevated greens.

If that wasn't enough, Cobblestone Park's three nines are named for the university's colors -- Black, Gold and Garnet.

Located in a gated community, it's not a surprise that Cobblestone was formerly private. As University Park Golf Club it struggled in a sagging economy, along with many other ambitious golf projects that suffered from poor timing.

As a public course under the new ownership of developer D.R. Horton, the fortunes of Cobblestone Park have turned. The evidence is the elegant clubhouse -- in construction limbo for years -- which was finally completed in the fall of 2014.

There aren't many golf courses that can match the view from the balcony. It overlooks the final four holes on the Black nine, which wrap around a lake. When the weather is right, the veranda is the place to be in this upscale community, judging from the non-golfers gathered there on a sunny, weekday afternoon in October.

Cobblestone Park is a revelation to visitors who figure they know what golf in the Midlands area of South Carolina will be all about. Its 27 holes traverse a dramatic piece of property full of twists and turns and panoramic vistas.

The immaculately conditioned course measures up to the handsome terrain. Designed by P.B. Dye, it is full of eye candy. Dye, the son of legendary designer Pete Dye, doesn't do subtle, so this had to be a dream canvas. And he did much to enhance it, fashioning a layout with a staggering variety of memorable holes.

While the Gold nine is the shortest of the three at Cobblestone, it's not to be confused with an "executive" loop as it has some of the course's tightest fairways and smallest greens.

The par-71 championship 18 (Garnet/Black) has a rating of 73.3 and a slope of 133. The par-70 combination of Gold/Garnet comes in with a rating of 71.5 and slope of 126, not significantly different considering this combo forms a par-70 course.

Compared to many of his courses, which have severe green complexes with fine lines between good shots and bad, P.B. Dye took it easy at Cobblestone Park where the greens are fair but challenging.

The Garnet nine opens with six beautiful holes -- two downhill par 4s, two vastly different par 3s, and no. 5 and no. 6, which play around and over the same lake.

The final four holes of the Black nine share the same spectacular venue, playing around the course's centerpiece lake. No. 6 -- a brilliantly conceived, 370-yard par 4 -- is all about strategy as players contemplate two diagonally placed fairway bunkers. No. 7 is the longest par 4 and toughest hole at Cobblestone -- 465 yards to a sloped, uphill fairway guarded on the right by water and on the left by woods and a fairway bunker. No. 8 is only 163 yards but plays uphill to a crowned green.

The par-5 ninth hole presents an interesting choice off the tee. Contemplating the split fairway, players can take the three-shot route to the wider left side or the two-shot gambler's option to the right where the lake is in play.

Opened in 1995, Cobblestone Park Golf Club doesn't look or act its age. Part of the reason is the new clubhouse, which gives it a state-of-the-art feel.

Developer D.R. Horton had much more in mind than golf with the construction of the 28,000-square-foot, Colonial Revival-style structure, which includes a double-sided fireplace, banquet hall, boardroom and wedding suites.

While all the clubhouse amenities may not do much to enhance a round of golf for some, they do help convey an extraordinarily upscale feel found at few public courses. And it's a feel that rightly extends to the elite layout, the fine conditions and the dramatic vistas found at Cobblestone Park.

Kevin Dunleavy
Kevin Dunleavy is a longtime resident of northern Virginia, a graduate of George Mason University, an award-winning reporter covering golf, colleges, and other sports for the Washington Examiner, and a single-digit handicap still seeking his elusive first hole-in-one. Follow Kevin on Twitter at @KDunleavy.
0 Comments
Related Links 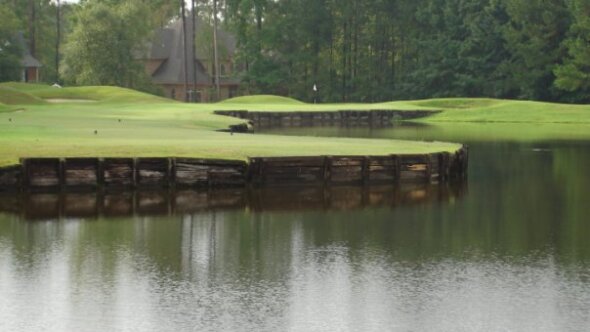 Articles
Feel like a member at Dye-designed Windermere Club in Blythewood, South Carolina
Offering limited tee times to non-members, the Windermere Club in Blythewood, S.C., has given local golfers a rare opportunity to play a private course at a reasonable rate and enjoy an acclaimed design by Pete Dye and his son, P.B. Like so many Dye courses, Windermere leaves players with distinct memories of several holes.
2 Min Read