How the Navy SEALs helped Paul Azinger lead the U.S. to a Ryder Cup win 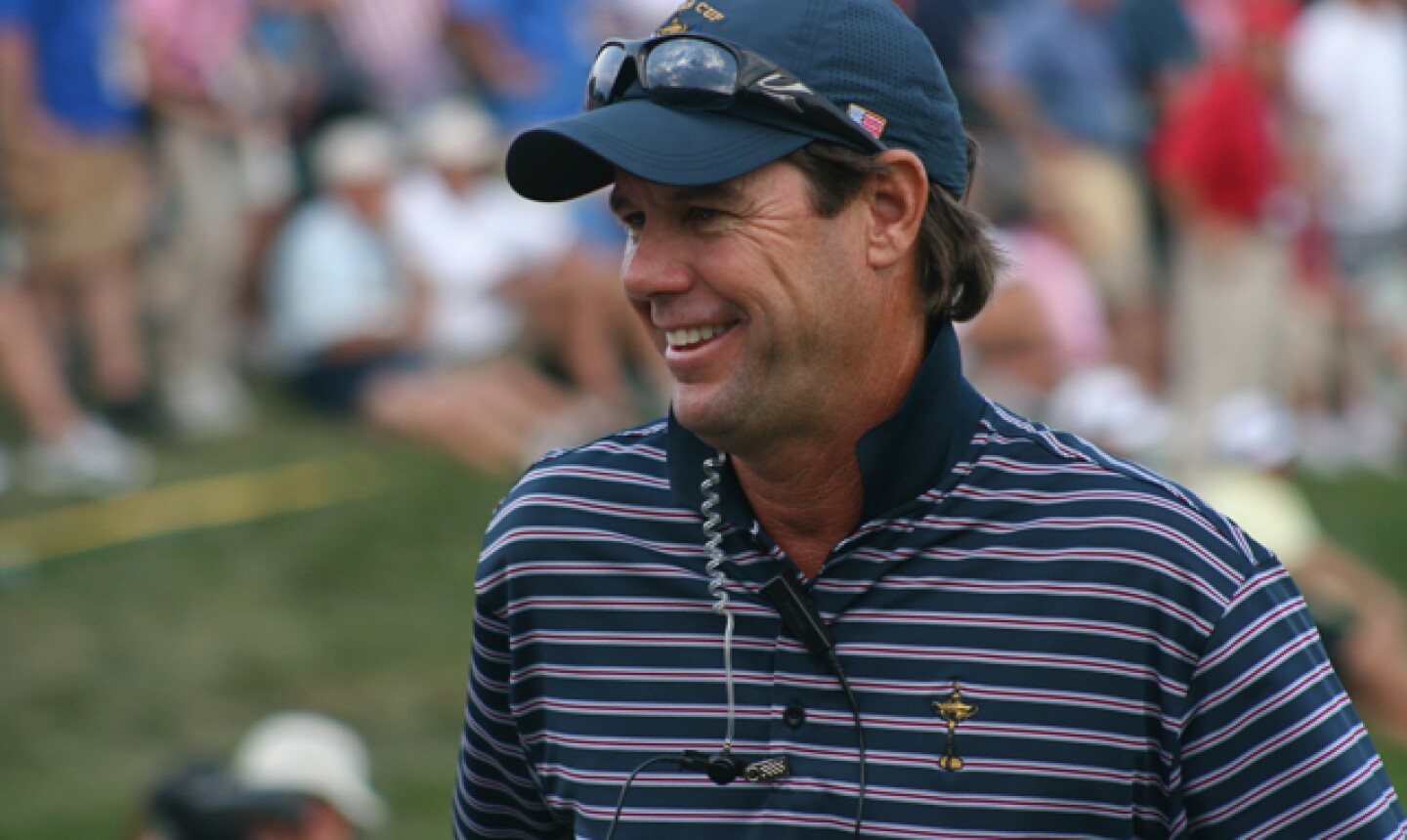 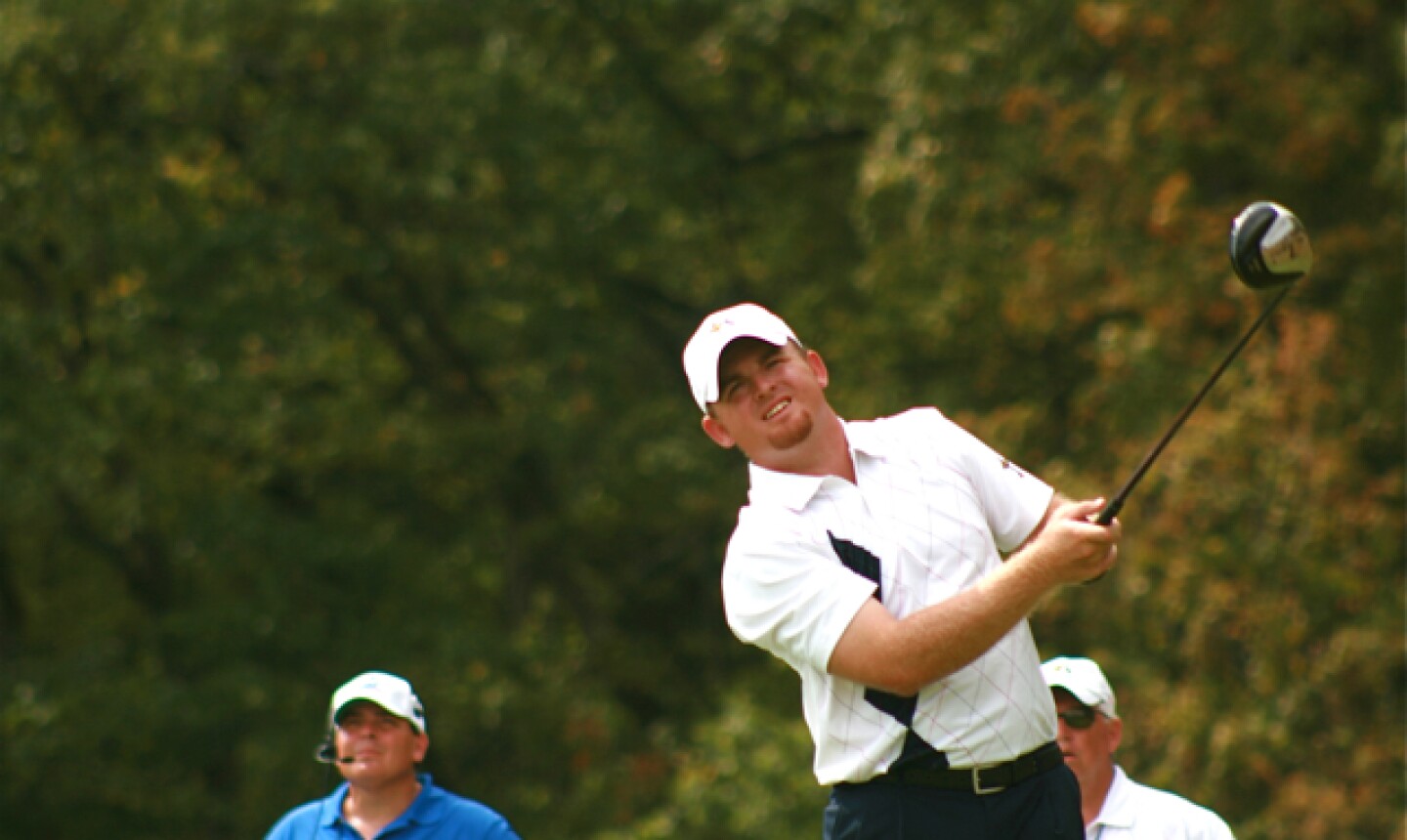 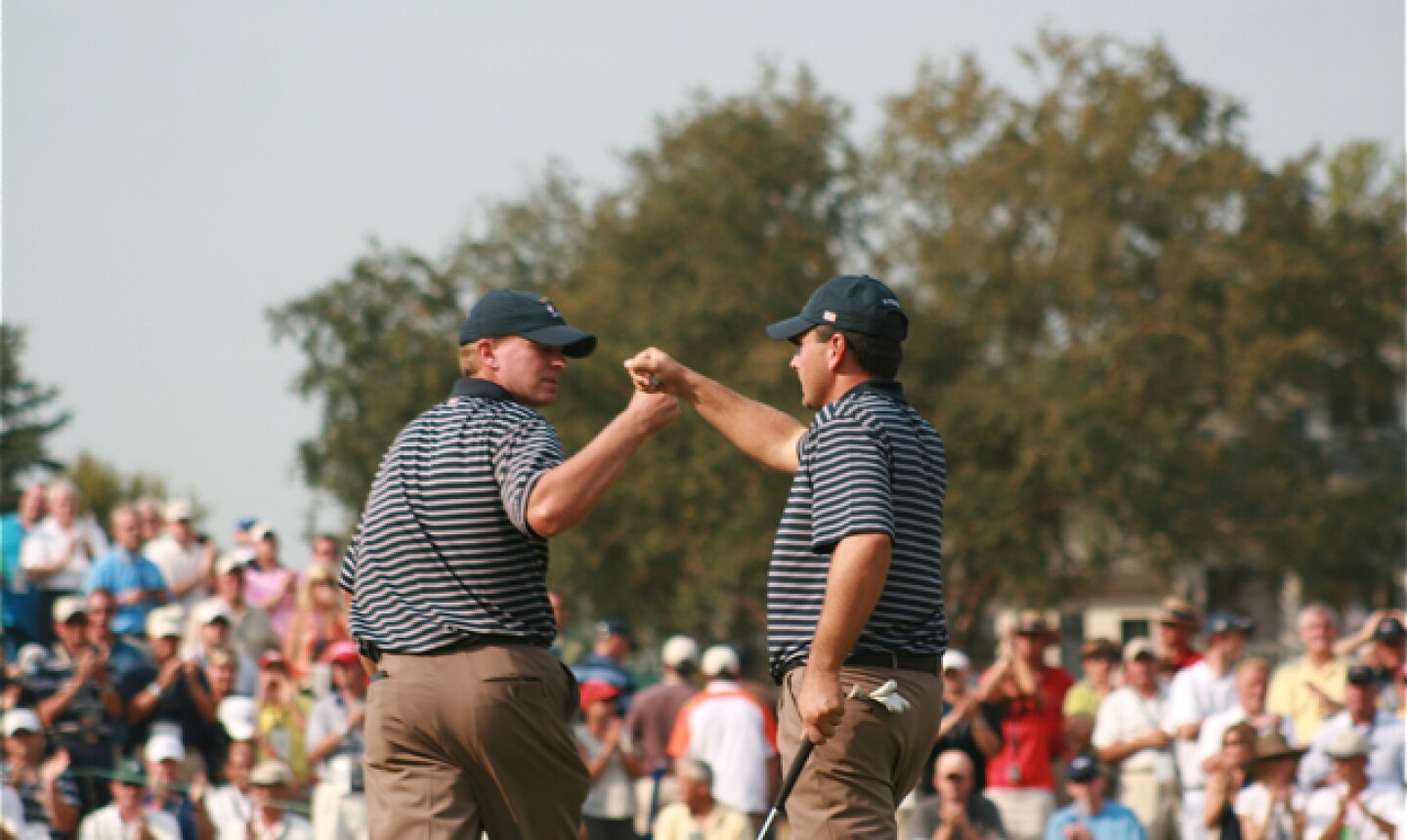 The even-keeled Steve Stricker and Ben Curtis made a good team at the 2008 Ryder Cup. Brandon Tucker/GolfAdvisor

It's a good thing for American golf that Paul Azinger isn't quick with his remote control.

According to "Cracking the Code," his book about the U.S. Ryder Cup victory he captained in 2008, Azinger drew inspiration from a Discovery Channel show he only happened to see because he was too comfortable on his couch to change the channel.

One lazy day in the summer leading up to the Ryder Cup, Azinger was enjoying a program about Gibson guitars and then became interested in the show that followed.

It was about the training of Navy SEALs and how they develop tight bonds, enhancing their ability to function as a unit. As the program explained, breaking SEALs into small groups -- or "pods" -- of like personality types facilitates the process.

As Azinger watched, it dawned on him that European Ryder Cup teams are naturally arranged in pods, based on the nationality of the players.

The Ryder Cup records of Jose Maria Olazabal (18-8-5), Sergio Garcia (16-8-4) and Seve Ballesteros (20-12-5) -- players from Spain who were often paired together -- illustrate the importance of the team-within-a-team concept.

With this in mind, Azinger set out to arrange his team into three groups of four players each. The players ate, practiced and played together. Thanks in part to this strategy, the U.S. rolled to a 16 1/2 - 11 1/2 victory, the lone win for America in the last seven Ryder Cups.

"They were able to really get comfortable with each other," Azinger said. "And each man in the four-man group wanted each other to succeed."

In forming his team, Azinger began with eight automatic qualifiers and added Steve Stricker as the first of his four captain's choices. Azinger then broke his nine players into groups of three. Selecting the other three players to add to the team wasn't as easy as no-brainer-choice Stricker.

In "Cracking the Code," Azinger wrote of wrestling with his captain's picks and a phone conversation he had with assistant Dave Stockton.

"Who do I pick?" Azinger asked Stockton. "I have 20 choices and I don't like any of them."

"Don't forget your pod system," Stockton answered. "Don't look at your choices in terms of the overall team, look at them in terms of how they fit in your pods."

And with that, Azinger decided to empower his players, allowing them to select their new pod mates.

The fiery trio of Phil Mickelson, Anthony Kim and Justin Leonard selected Hunter Mahan. The even-keeled group of Stewart Cink, Ben Curtis and Stricker opted for another Type-B personality, Chad Campbell. The remaining team of Jim Furyk, Kenny Perry and Boo Weekley picked J.B. Holmes, a long hitter and Louisville native who would be at home at Valhalla Golf Club.

In addition, Azinger let the players in each pod decide which of them would play in the alternate shot and best ball matches.

Azinger's strategy not only allowed the players to add a teammate they felt comfortable with, but also gave them a greater stake in the process. One of the resounding themes of Azinger's book is that trust and confidence grows when individuals are given more responsibility and authority.

With his experience at the 2008 Ryder Cup, Mickelson became such a proponent of Azinger's strategy that after the U.S. lost for a third straight time to Europe at the 2014 Ryder Cup, he criticized captain Tom Watson for not using some form of the pods system.

"[In 2008] we hung out together and we were all invested in each other's play," Mickelson said as he sat on a dais with Watson. "We had a real game plan."

Pods nothing new for the military

Using pods to enhance teamwork is nothing new, especially in the military. In the Marine Corps Gazette in 1972, former Senator James Webb addressed the subject when he wrote of lessons learned during World War II.

At the onset of the war, Marine fire units consisted of 12 men. By 1944, the Marines had discovered that units a third of that size were much more flexible and effective.

Webb wrote that the "12-man mob" was "immensely difficult" for Marine leaders to control under the stress and confusion of battle. Coordination problems were rampant and close relationships -- where soldiers fight for their buddies -- were tougher to maintain in 12-man teams. The value of a four-man unit is demonstrated in the 2013 film Lone Survivor about SEALs dropped into Afghanistan with orders to capture a prominent Taliban leader.

While golf never should be confused with war, that doesn't mean that a Ryder Cup captain looking for an innovative way to build teamwork can't apply lessons learned from the military.

"Europe had small groups. We went with small groups. That's a Navy SEALs philosophy to team building," Azinger said. "To apply those military principles and those business principles to a sporting event and watch it unfold the way it did -- that was cracking the code.

Articles
Fore scored: A guide to the U.S. Presidents and their games
Sniping at Chief Executives for hitting the course has long been a sport in itself. In chronological order, here's a brief look at each of the presidential golfers -- their games and their contributions to golf.
8 Min Read 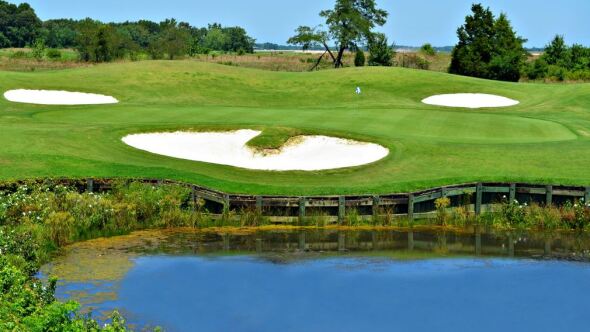 Articles
Top military golf courses in the D.C. area
Here's what all D.C.-area military golfers can agree on: Andrews and Belvoir are two of the better military golf facilities in the country. And the Medal of Honor course in Quantico, Va. is a close third.
4 Min Read