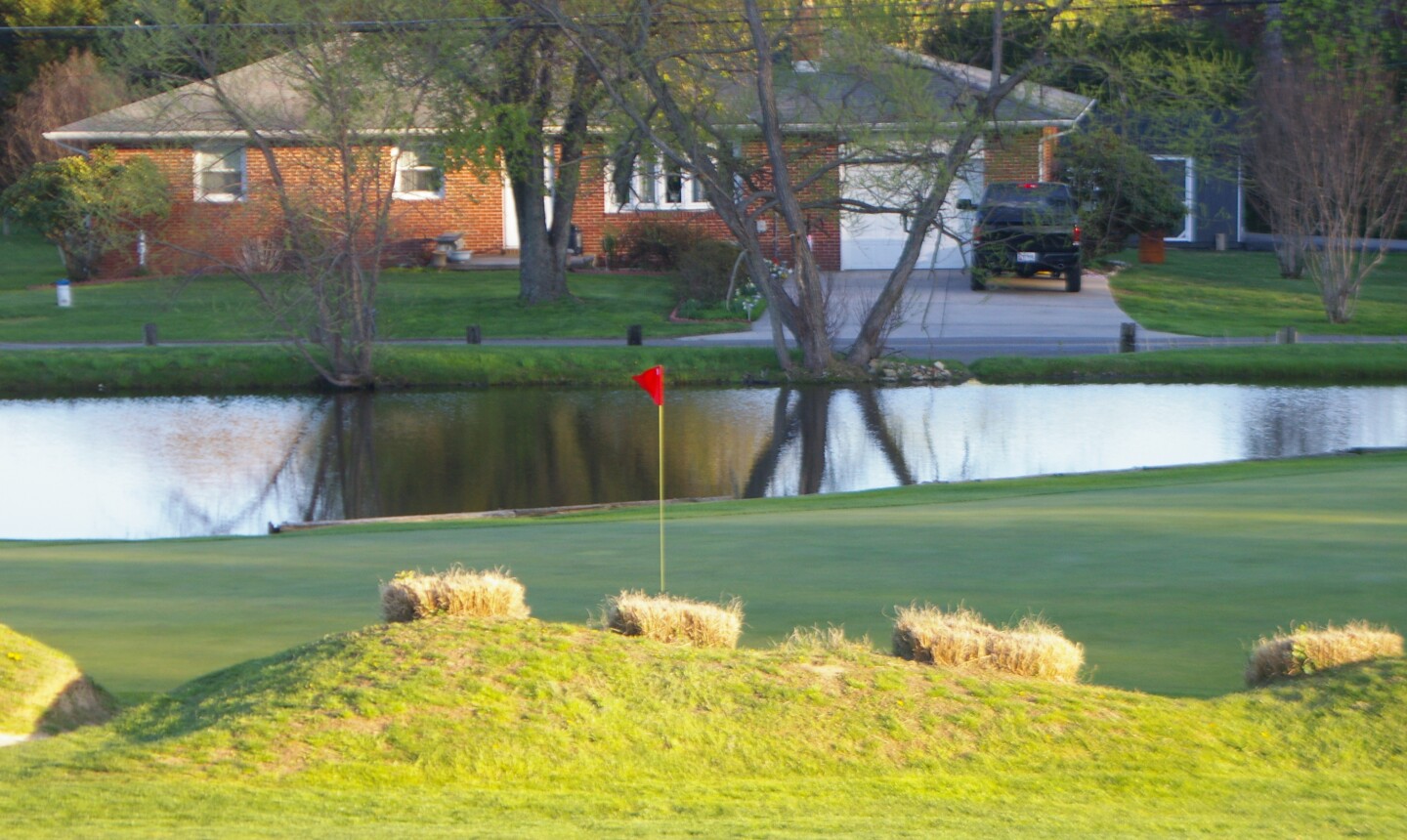 Since it opened in 1995, Wetlands has been favored by locals for its fast greens, value and more. Kevin Dunleavy/Golf Advisor 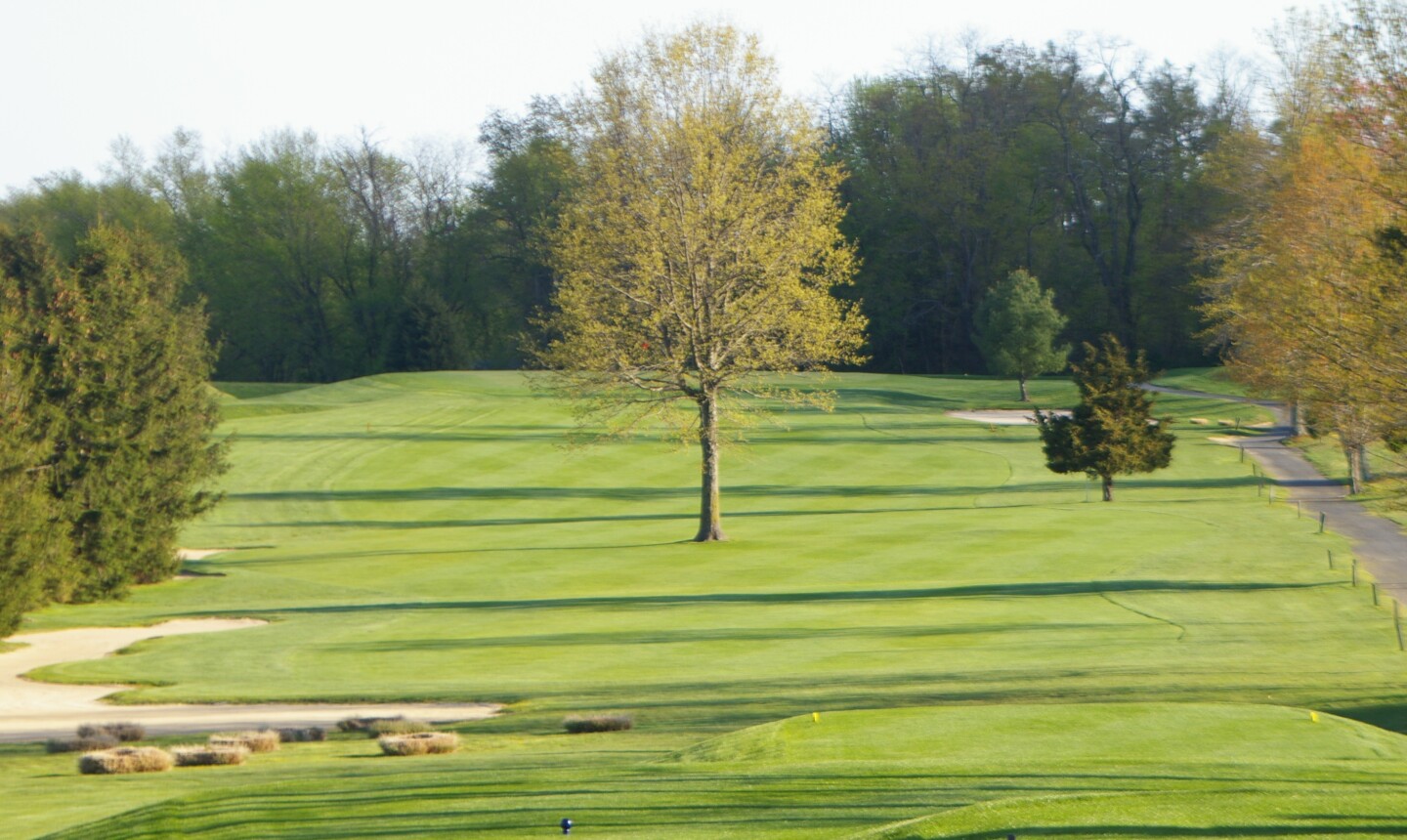 No. 11, the longest par 4 at Wetlands, has a tree in the middle of a wide fairway. Kevin Dunleavy/Golf Advisor 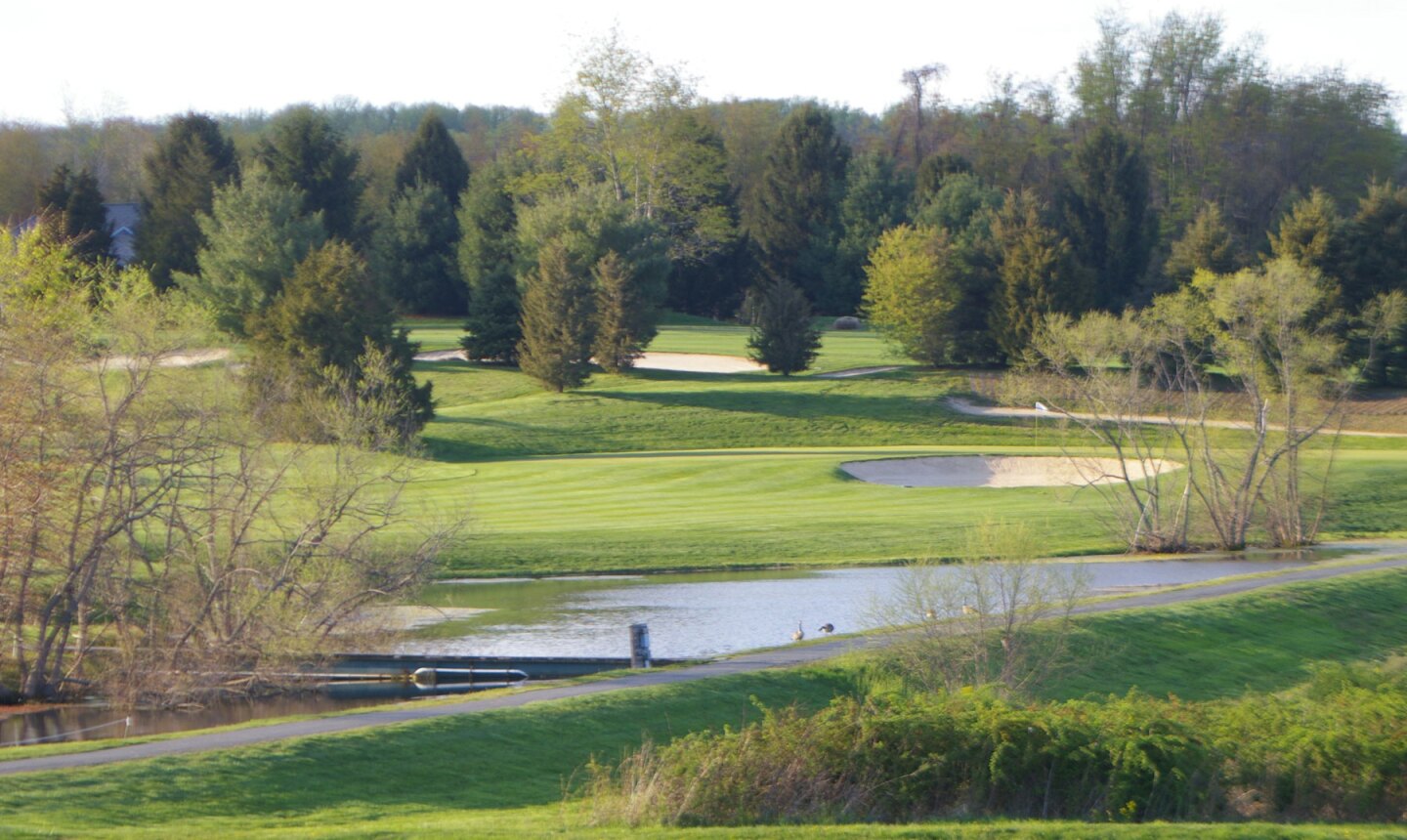 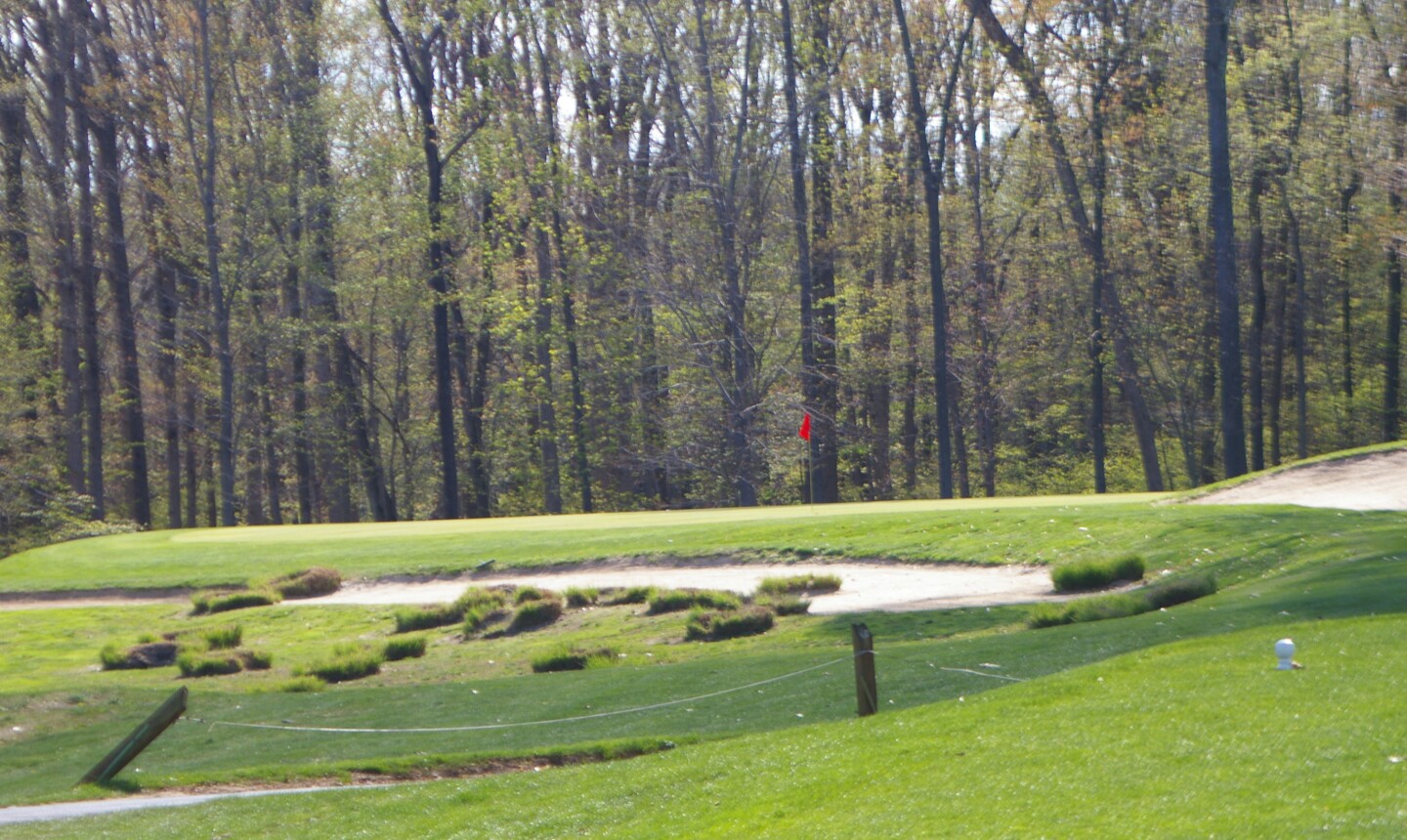 A wraparound bunker is the key feature at the par-3 fifth hole at Wetlands G.C. Kevin Dunleavy/Golf Advisor

ABERDEEN, Md. -- Hometown hero Cal Ripken Jr. is revered here, thanks in no small part to his approachability. At his annual fantasy baseball camp, Ripken and brother Billy are known as much for hanging out after hours with campers as they are for the lessons they dispense on the diamond.

And so it is with Wetlands Golf Course -- a welcoming, unpretentious, family owned public track that sits in the shadow of Ripken Stadium, home of the minor league Aberdeen IronBirds.

Since it opened in 1995, Wetlands has been favored by locals for its fast greens, interesting risk/reward layout, Scottish accents, cozy Cape Cod clubhouse and, most of all, its value.

Nationally acclaimed Pete Dye gem Bulle Rock Golf Course is located less than two miles across I-95, fetching $130 per round and attracting players from up and down the East Coast. Meanwhile Wetlands has carved its niche by appealing to locals who favor upscale golf, minus the bells, whistles and high price tag.

Little wonder it drew the interest of the Smedley family, also the owners and operators of Loch Nairn Golf Club, 40 miles to the north in the suburbs of Philadelphia.

Brothers Henry and Chris Smedley designed the course, and a family owned construction company built it. Sam Smedley is the general manager. The result is an interesting test of length and accuracy. The par-71 course measures 6,728 yards with a rating of 72.6 and a slope of 133.

Wetlands has two distinct nines. While the front is spread out and long (3,593 yards/par 36) with wide fairways and plenty of room to miss, the back is congested and short (3,135 yards/par 35) with many parallel holes and lots of trouble.

The opening holes of each nine accurately represent the differences. The first is an uphill, 435-yard test of power, over water on the drive and over an sprawling bunker complex on the approach. The 10th hole, another uphiller defined by fairway bunkers, is all about accuracy. At 317 yards, it is the shortest par 4 on the course but has a dastardly sloped green.

There are interesting holes at every turn. On the front, the approach at no. 2 -- a 423-yard par 4 -- is complicated by trees pinching the fairway, a stream that runs across, and a tilted green guarded by bunkers and wetlands.

One of the best holes is no. 4, a 386-yard par 4, where players drive from an elevated tee to an uphill fairway, followed by an approach to a long, narrow green.

No. 8 is the longest hole on the course at 602 yards but can be reached in two shots. The dogleg left is all downhill, framed on the right by trees and entirely visible from the tee, a hole where players can subtract big chunks of yardage by choosing the correct line. No. 9 is an intriguing, L-shaped, 453-yard par 4 that appears a mystery from the tee.

Then everything changes on the back nine, which was built first at Wetlands on a small parcel of land. Highlights include no. 11, the course's longest par 4 at 459 yards. The hole has a tree in the middle of the fairway. But the landing area is wide enough to make the hole fair.

No. 14, a short par 5 at 484 yards, will make players think twice before trying to reach in two. It has a narrowing fairway that leads to an idylic green complex with water left and bunkers and mounds to the right.

No. 18 has a daunting look from the elevated tee. With water on the right and fronting the green, this hole is all about club selection on the drive and the approach.

Purists may turn their noses up at some of the gimmicks at Wetlands G.C. -- the flat-top straw in bunkers, the decorative boulders around some of the greens and the tree in the middle of the fairway on no. 11. But let the no-fun crowd grouse about diversions that rarely come into play. These are the things that help make a trip to this course memorable.

Wetlands was designed for everyone, where no one would be surprised to see Cal Ripken Jr. himself downing a Natty Bo at Bogie's Sports Bar and Grille, chatting up employees, strangers and friends. 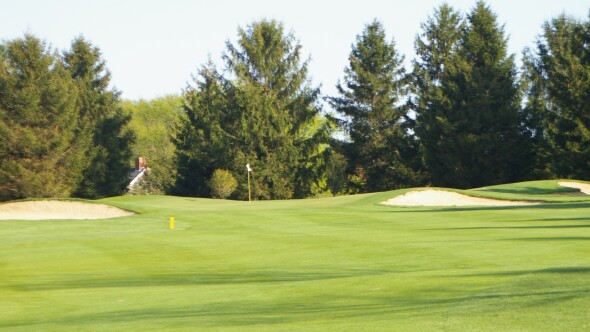 Galleries
Vastly different nines add up to a fun test at Wetlands Golf Club in Aberdeen, Md.
It's hard to find a course with nines as different as those at Wetlands Golf Club in Aberdeen, Maryland. The back is short with parallel fairways, and the front is long, scenic and wide open. While the top-ranked Bulle Rock nearby draws a decidedly different crowd, Wetlands is a worthy upscale complement with a downscale price tag.
11 Images 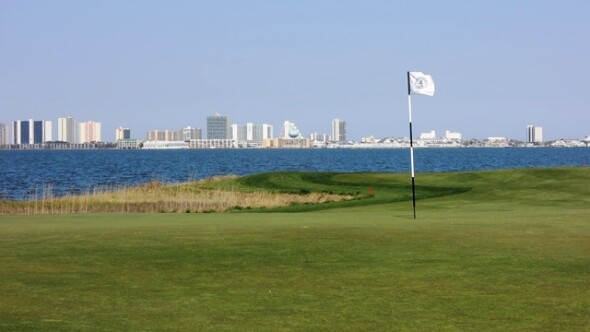 Articles
Great Eastern Shores combo meal: Golf, crab cakes and beaches of the Maryland/Delaware coast
With coastal views, coastal cuisine and some golf courses designed by big name architects, the Eastern Shores of Maryland and Delaware is luring an increasing number golfers from the hustle and bustle of the big eastern cities. In a sense, the Ocean City/southern Delaware coast area is the Myrtle Beach of the northeast. There aren't as many courses, but the quality certainly rivals Myrtle and then some. Oh, and there's something else: Nowhere are you likely to find a better crab cake!
4 Min Read