Buckle up, golfers: Hawaiian island of Lanai is a drivers' delight 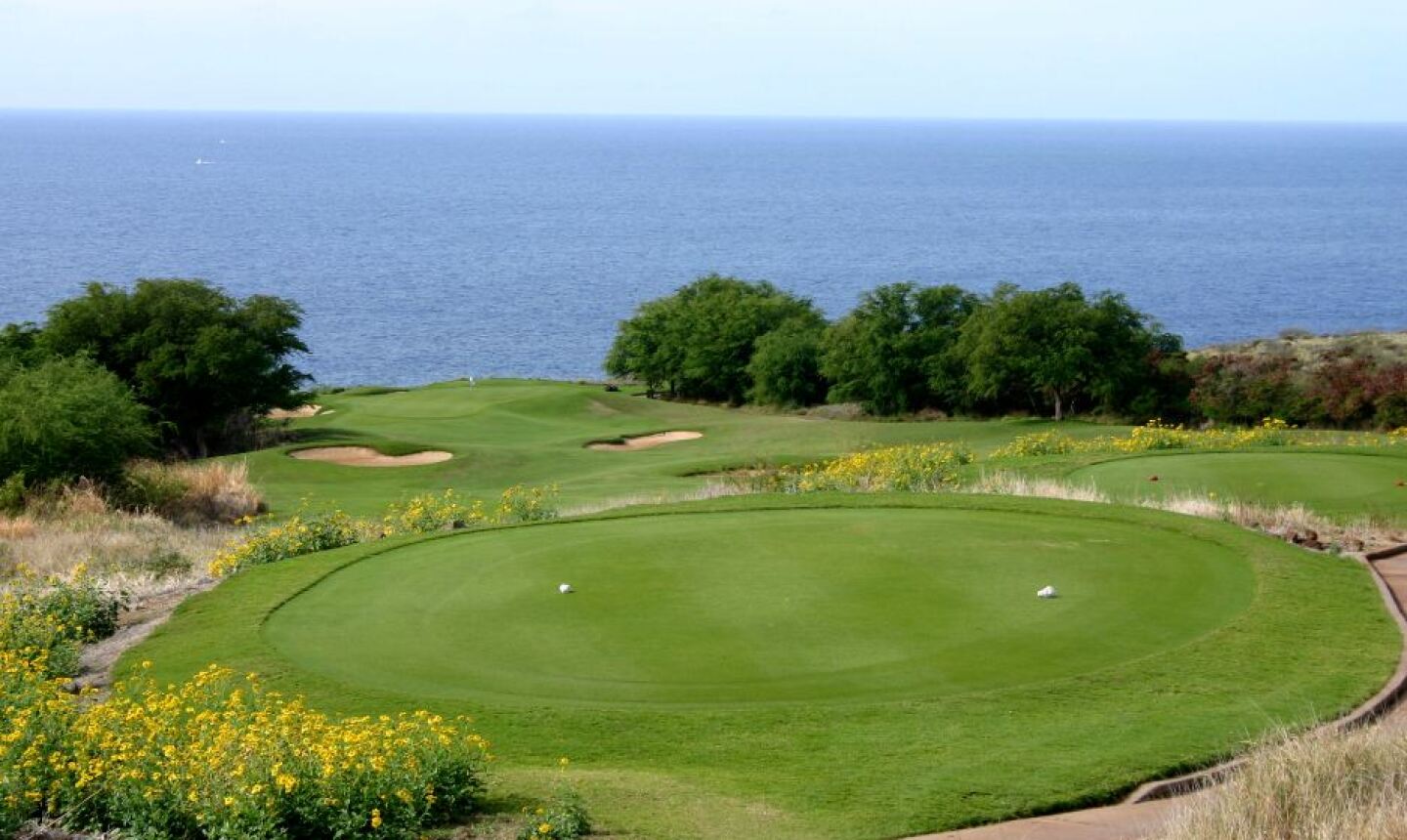 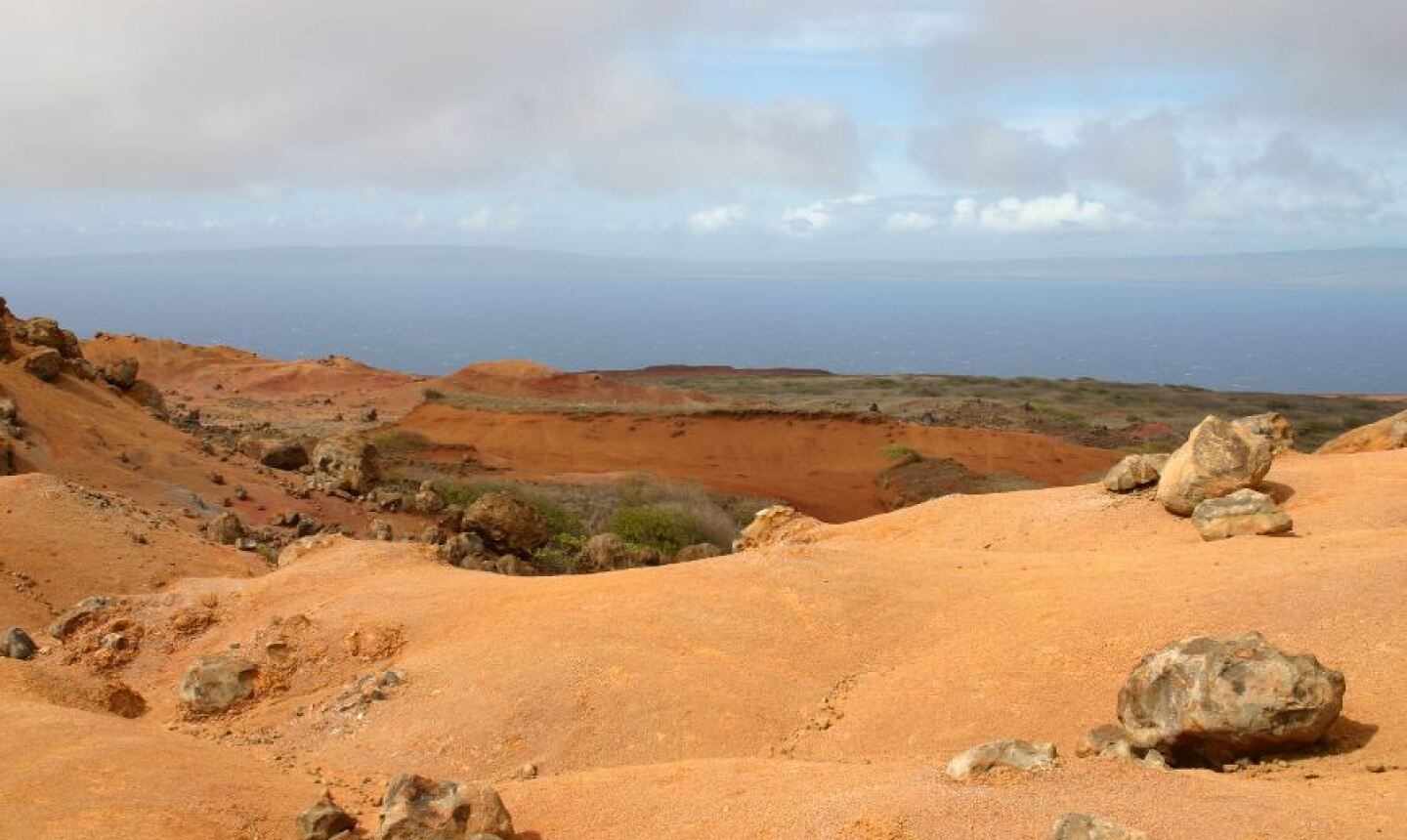 The most popular destination for explorers on Lanai is Keahiakawelo, or Garden of the Gods. Wes Gilbertson/Golf Advisor 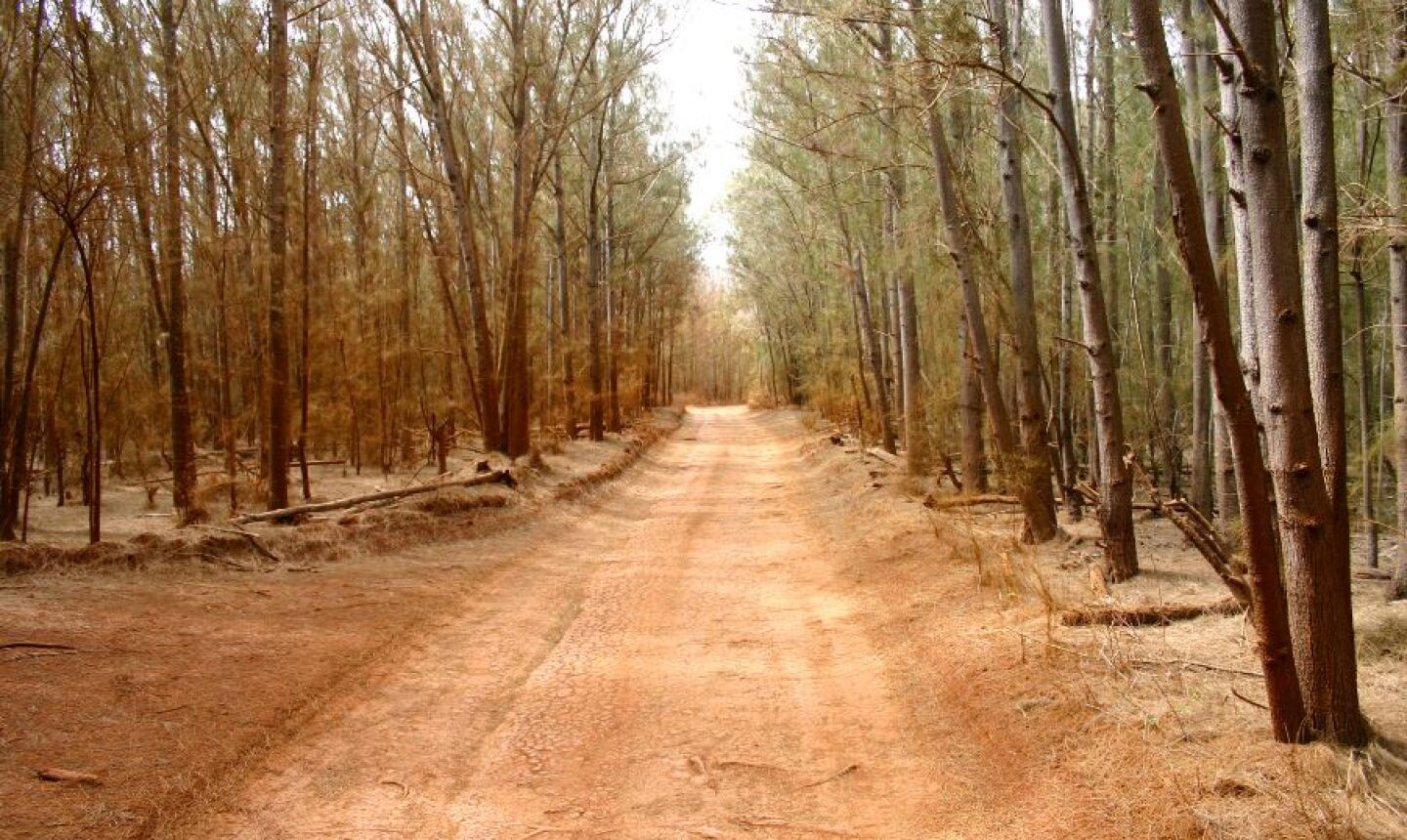 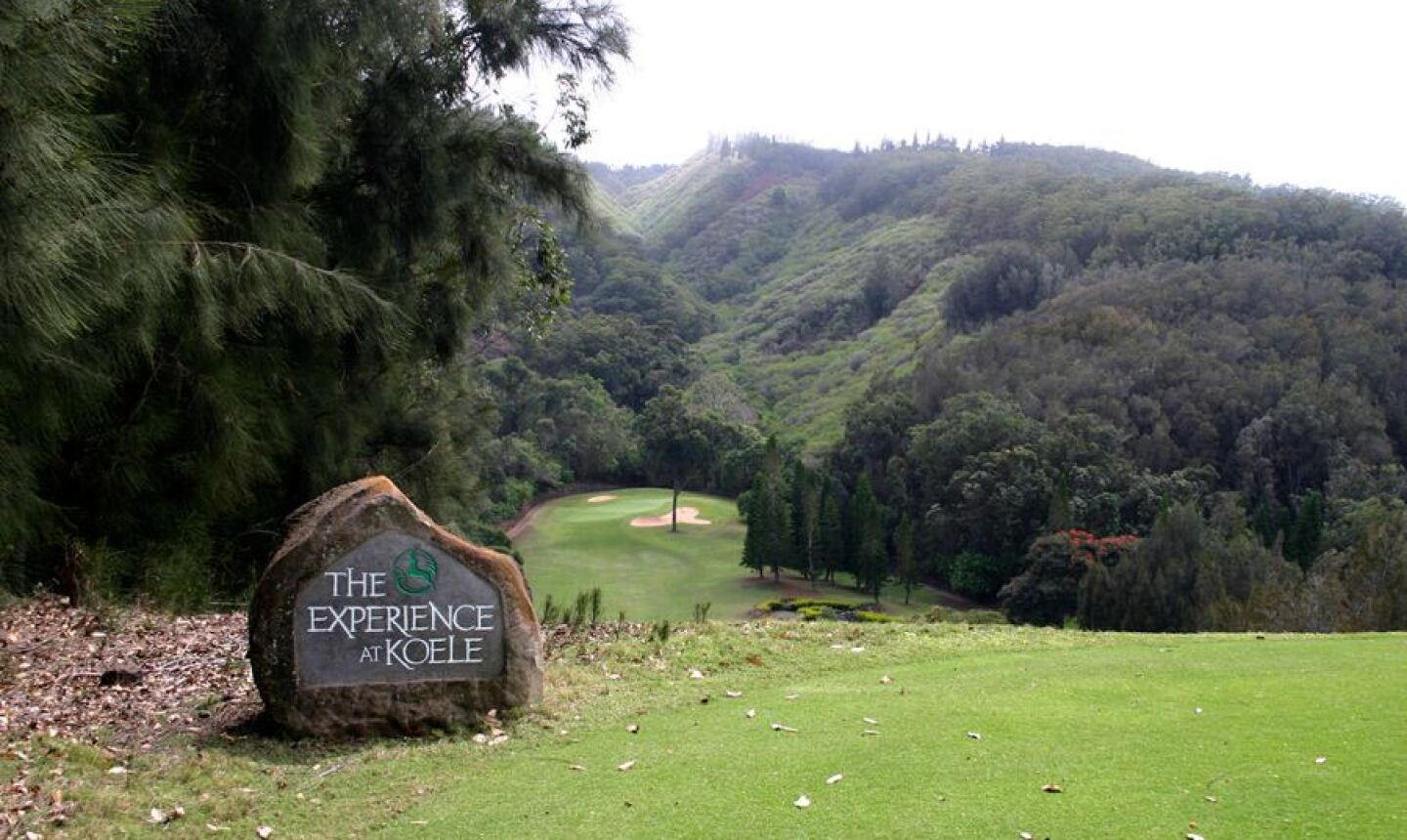 The elevated 17th tee is the high point -- and highlight -- of the tree-lined Experience at Koele layout. Wes Gilbertson/Golf Advisor 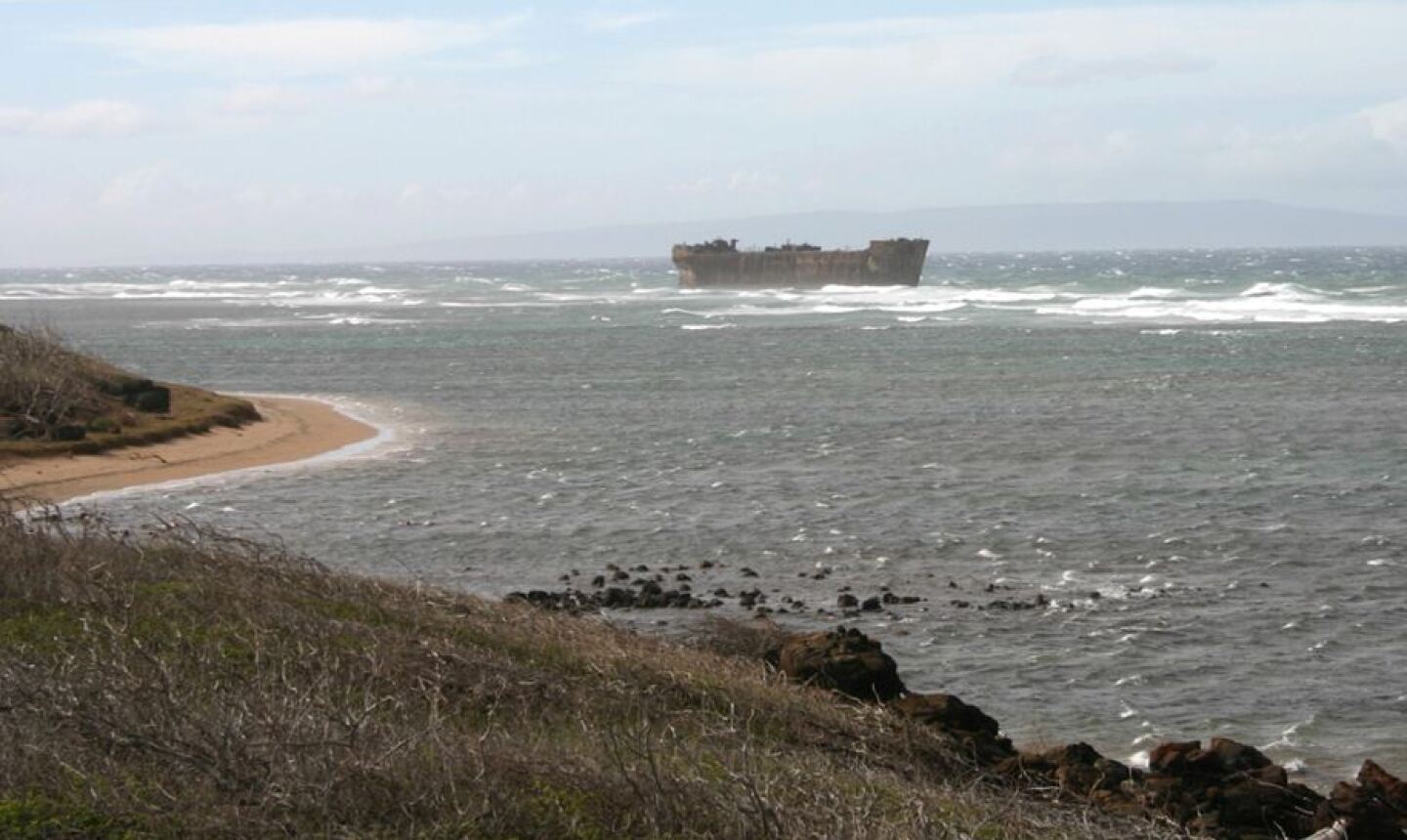 In the 1940s, a World War II Liberty Ship was "parked" not far from the shore at Kaiolohia. Wes Gilbertson/Golf Advisor

LANAI, Hawaii -- Ever dream of a place where the fairways outnumber the roadways? This is it.

The smallest and least-populated of Hawaii's half-dozen tourist-friendly islands, Lanai boasts 36 holes of championship golf -- the Challenge at Manele and the Experience at Koele -- and only 30 miles of paved road.

This is, by all definitions, a drivers' island.

Lanai, which is only 18 miles long and 13 miles wide, was once owned by fruit mogul James Dole and littered with plantations, producing up to 75 percent of the pineapple exports in the entire world.

For the past two decades, golf has been a driving force in an effort to re-brand what was once known as "Pineapple Island" as a private paradise for sun-seeking tourists. The island is serviced by air from Honolulu and by passenger ferry from Maui.

Despite a permanent population of around 3,000 and only about 350 hotel rooms, Lanai can lay claim to a pair of top-notch golf options. In fact, according to Golf Digest's latest tally, two of the top golf resorts in North America -- the Four Seasons Lodge at Koele (T14) and the Four Seasons Lanai at Manele Bay (18) -- are located eight miles apart on this sliver of unspoiled land.

With distinct layouts, landscapes and even climates, the Challenge at Manele and Experience at Koele could be on different continents, although it's obvious both were designed with vacationing golfers in mind.

The views are great. The landing areas are generous. For the most part, you'll use your cart to climb the hills and then bash your ball back toward the bottom.

You don't need to be Bubba-length to post a solid score, but heavy-hitters will have a heyday on Lanai.

Take for example the eighth hole at the Experience at Koele, a 308-yard test -- and just 280 from the resort tees -- that tempts low-handicappers to peel the cover off their big stick and fire at an island green. Course designer Greg Norman reportedly required a mulligan to land his drive on the dance-floor, and it's not often you have an opportunity to one-up the Great White Shark.

The cliff-hanging 12th is the undisputed signature hole at the Jack Nicklaus-designed the Challenge at Manele, but the finishing stretch includes a couple of thrill rides for long-ballers. By the time your ball stops rolling down the hill at the 458-yard 16th, you'll be shocked how close it is to the green. Don't let the added distance go to your head, though, because you'll have choose an appropriate line over the cliffs on the next hole.

Undoubtedly, the biggest buckle-up moment comes on the second-to-last assignment at the Experience at Koele, the high point -- and highlight -- of the tree-lined layout. From the elevated launch pad at No. 17, there's a 200-foot drop to the fairway below. It'll feel like your ball is in the air forever, and with dense brush and a pond on either side of the landing area, you might wish it would just stay up there.

Crazy part is, that doesn't have to be the most exhilarating drive of your day.

Located on the same corner as Lanai City's only gas station is its only rental car agency, where you'll find a parking lot full of 4x4s available for afternoon adventures. Forget economy or compact options, the only debate here is soft- or hard-top.

While the traffic on tourist-heavy highways elsewhere in Hawaii might occasionally remind you of the morning commute back home, you could probably burn a quarter-tank of gas without seeing another vehicle on Lanai.

The most popular destination for explorers is Keahiakawelo, or Garden of the Gods. After a bumpy 40-minute ride on a red dirt road, you'll roll up to this natural rock garden, a one-of-a-kind landscape that could be used as the set for a movie about Mars.

Another must-see spot is Kaiolohia, better known as Shipwreck Beach because several vessels have run aground nearby. In fact, a World War II Liberty Ship was "parked" not far from the shore in the 1940s and its rusted hull is still peering out of the choppy water.

There's pavement for the majority of the half-hour trip to Shipwreck Beach, but you'll need a Jeep to navigate a sandy road at the end of the route and then some sturdy footwear to get a good glimpse of the boat.

The scenery at both Garden of the Gods and Shipwreck Beach is fascinating, but getting there is more than half the fun.

Lanai is, after all, a drivers' island.

Tim Gavrich
Senior Writer
Now Reading
Buckle up, golfers: Hawaiian island of Lanai is a drivers' delight
Search Near Me