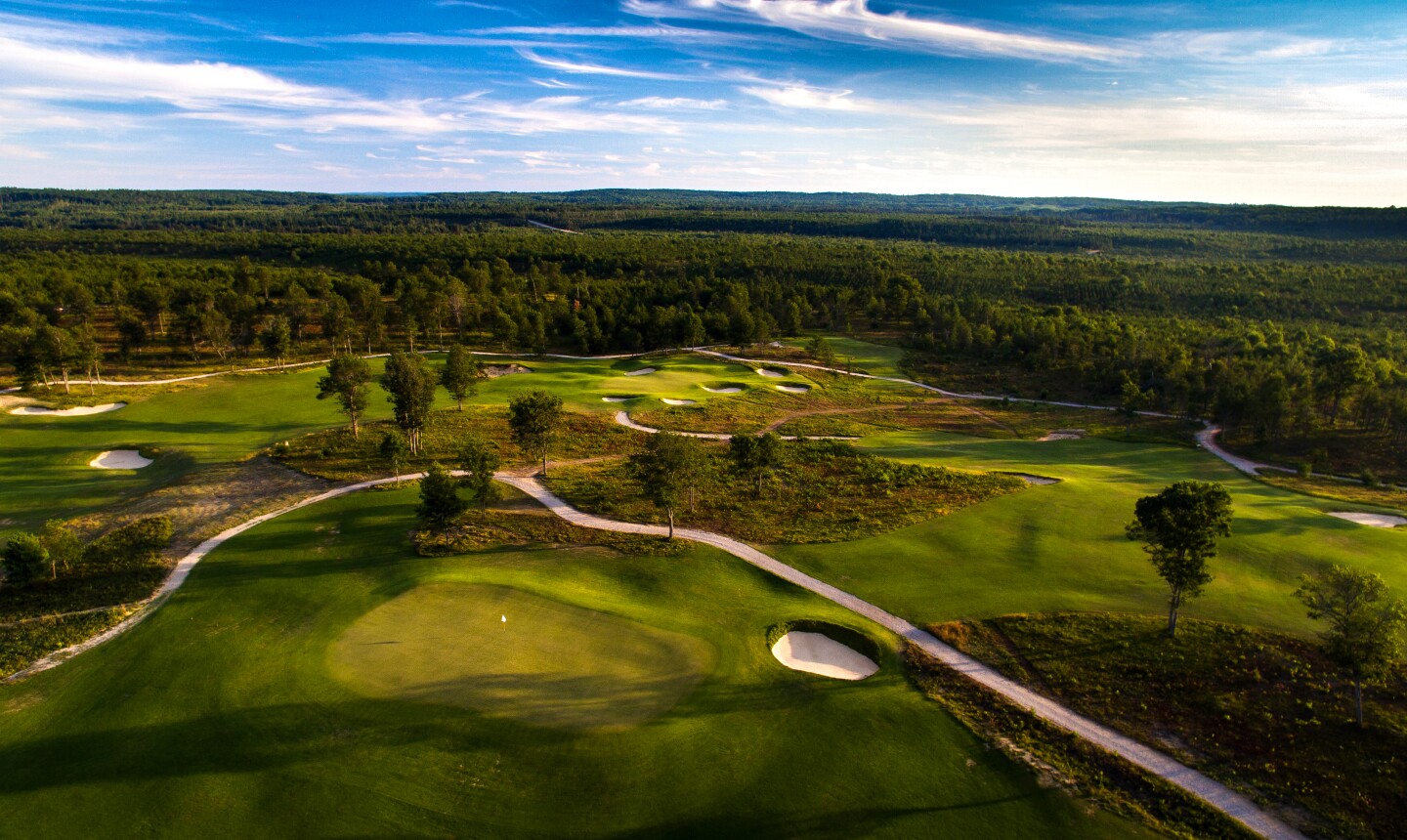 The greens at The Loop had to be designed to be approachable from two different directions. Courtesy of Forest Dunes

ROSCOMMON, Mich. -- One of the major obstacles the game faces is the cost to play. At its root, the game is expensive because the cost to acquire land, build a golf course and maintain it are only getting more prohibitive. And in a golf world that's become increasingly saturated with choices, destinations must have more than one course to lure the traveling golfer.

The Loop at Forest Dunes in Roscommon, Michigan, built by Tom Doak for owner Lew Thompson may have found the answer.

The Loop is the first fully reversible 18-hole golf course in America. Think about that for a second. When was the last time something, anything, in golf could be described as “the first” in America?

Doak’s vision came to fruition as a result of a long standing dream and the opportunities born of need.

"I’d been thinking of doing something like this since I was 20 or 21 years old. I just thought it would be cool," said the 56-year-old architect.

So came the matching of a wild concept with an economic objective of an owner.

"When Tom presented his first design I told him it looks great but it didn’t 'wow' me. Tom said that he thought I’d feel that way and he showed me another course rendering. It was also very nice, but my reaction was the same, it didn’t wow me.

"Tom then proceeded to lay one rendering atop the other and said he’s going to build me two courses for the price of one and I exclaimed, 'Wow!'"

Over the years and particularly as a young man, Doak has spent considerable time studying the world’s greatest golf courses including a stint as a caddie on the Old Course of St Andrews. "The Old Course used to be played in both directions regularly until the current route became so popular that they do not play it in reverse direction except once a year. The challenge at The Loop was to design green complexes that were different and challenging from opposite directions as we are changing direction of the course from day to day," Doak explained.

The implications on the game of this "two courses in one" concept are staggering. Consider that land acquisition and development costs are large parts of the reason why course development has slowed down in recent years. Well, Doak has created a way to maximize the use of the land you have. Can you even imagine how well this concept would work with 9 hole courses (play 9 in one direction in the morning and 9 the other direction in the afternoon)? In addition, while benefitting from a completely different playing experience from one day to the next, the burden upon critical (and expensive) resources such as water, irrigation systems, maintenance equipment and staff, chemicals, etc., would literally be cut in half in comparison to the 36 hole experience your guests are enjoying.

The broader implications are not something that has escaped Doak.

"There’s been a lot of interest in the concept. Golfers are so spoiled today, they have so many choices, so getting someone to stick around and play another round is the holy grail of course architecture."

Video: Adams talks his experience at The Loop 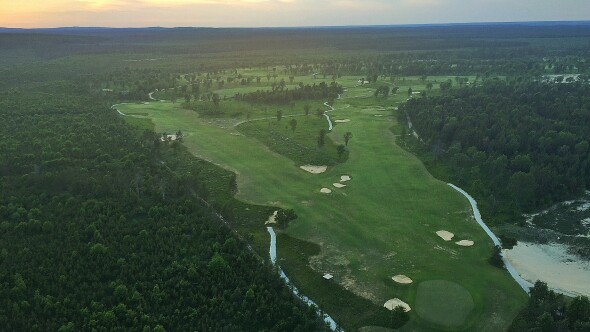 Articles
6 Min Read
Golf around the clock: The Loop at Forest Dunes
The Loop, a reversible golf course at Forest Dunes, is the latest and most innovative design by Tom Doak. Here's how it came out. 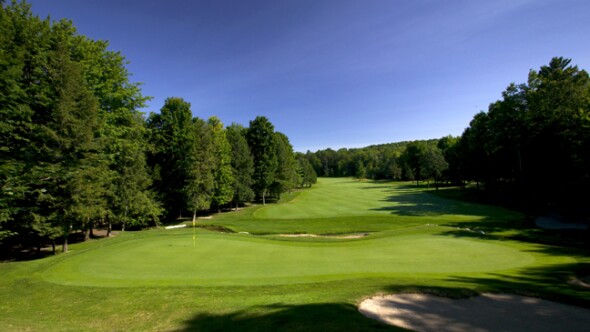 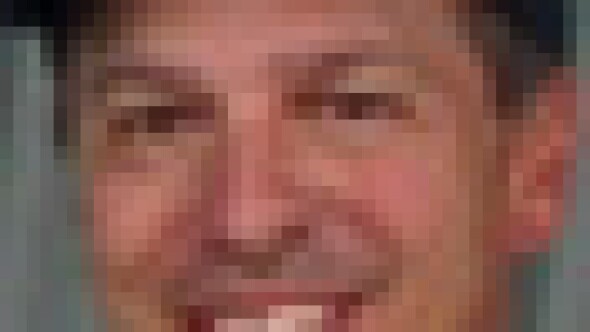 Tom Doak
Tom Doak is the founder and principal architect of Renaissance Golf Design, architects of over 30 new and restored golf courses around the world. After graduating from Cornell University, he developed a passion for the art of course design during a summer spent working as a caddie in St. Andrews, followed by an extensive trip studying courses throughout the United Kingdom and Ireland. Also an accomplished author, Doak has published such books as "The Anatomy of a Golf Course" and "The Life and Works of Dr. Alister MacKenzie." In 2014, Doak published the first volume of a new five-volume edition of "The Confidential Guide to Golf Courses. 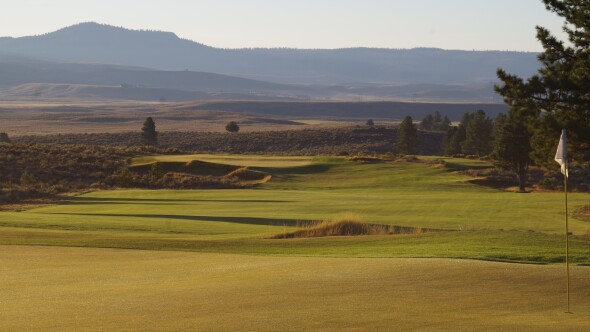 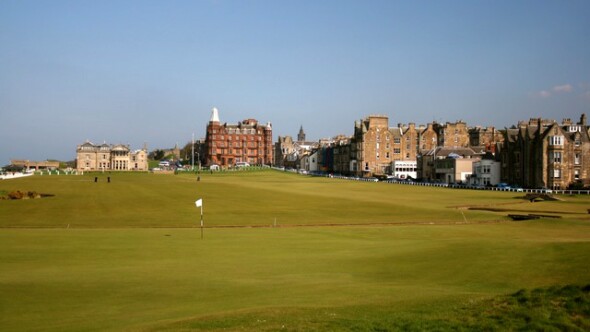 Articles
5 Min Read
Troon, St. Andrews anchor Scotland's two Open hotbeds
Scotland's southwest side is home to three Open venues, while the remainder can be found around St. Andrews on the east side. Matt Adams describes both areas. 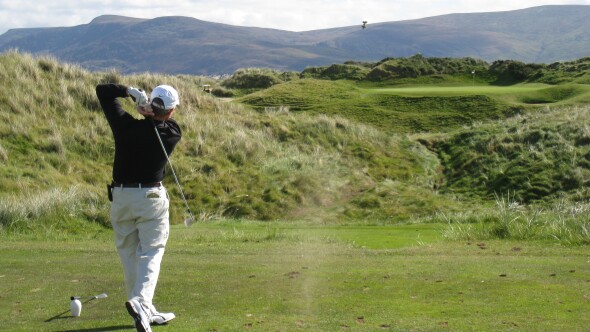 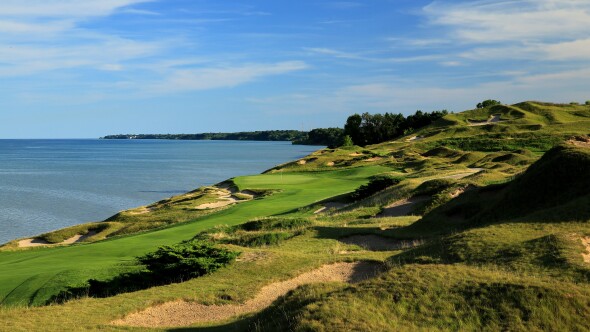 Articles
2 Min Read
Whistling Straits and the missing 'hlinc'
Pete Dye's Straits Course at Whistling Straits, site of the 2015 PGA Championship, makes for an interesting debate. Is it truly a links? 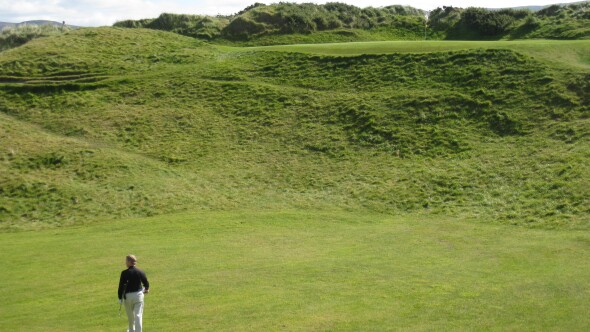 Articles
2 Min Read
When it's about more than golf
Every now and then the pursuit of great golf crosses paths with historic events more important than the here and now, like Waterville Golf Links. 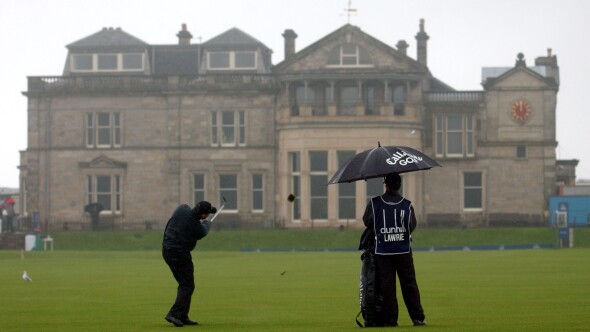 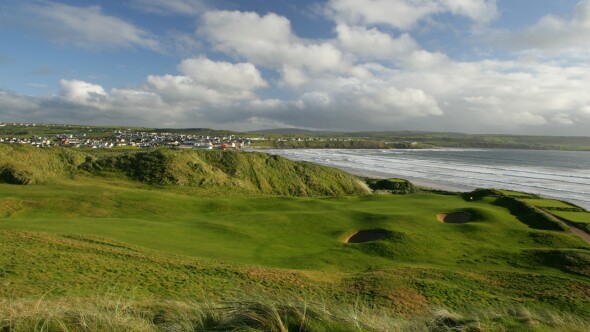 Articles
3 Min Read
A Moveable Golf Feast: 'Best' vs. your 'favorite'
Funny, isn't it, when you consider the difference between the question of which golf courses you have played that you would name as the "best" versus your "favorite," and the considerations that would go into each? To me, the "best" designation should be applied with extreme prejudice, as little emotion as possible and with an engineer's precision. "Favorite," is something different all together. 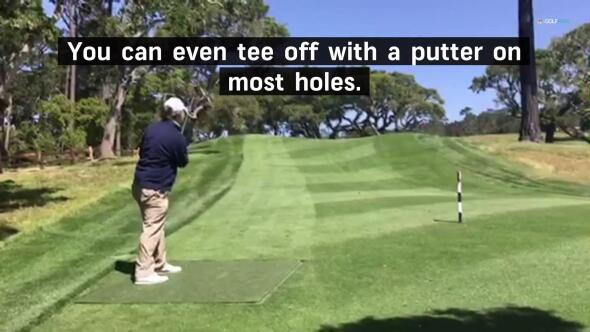 Kira K. Dixon
Lifestyle Correspondent
Now Reading
Change in direction: Tom Doak's reversible course at Forest Dunes throws modern golf design for a Loop
New Cookie Policy
WE AND OUR PARTNERS USE COOKIES ON THIS SITE TO IMPROVE OUR SERVICE, PERFORM ANALYTICS, PERSONALIZE ADVERTISING, MEASURE ADVERTISING PERFORMANCE, AND REMEMBER WEBSITE PREFERENCES. BY USING THE SITE, YOU CONSENT TO THESE COOKIES. FOR MORE INFORMATION ON COOKIES INCLUDING HOW TO MANAGE YOUR CONSENT VISIT OUR COOKIE POLICY.
CONTINUE
Search Near Me