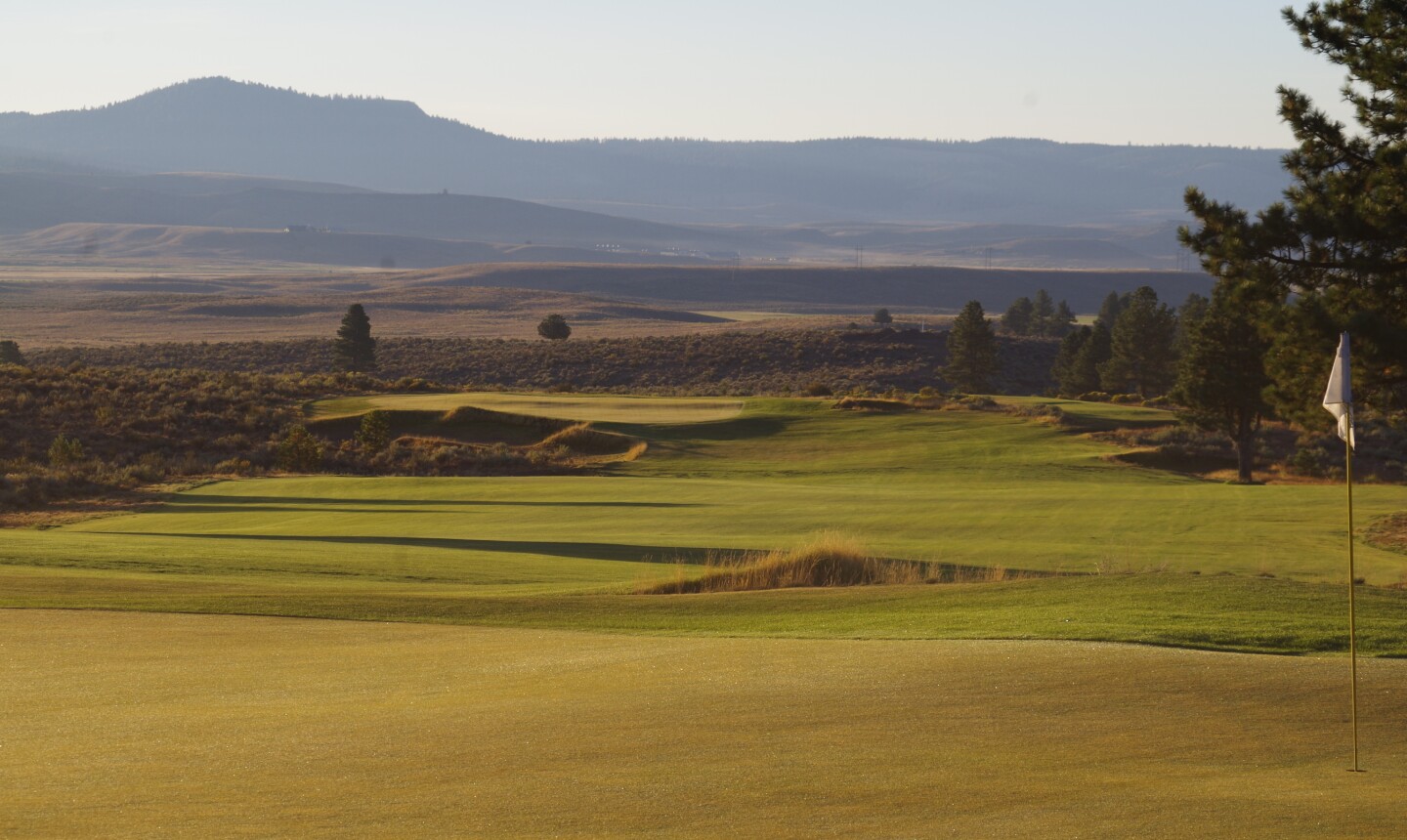 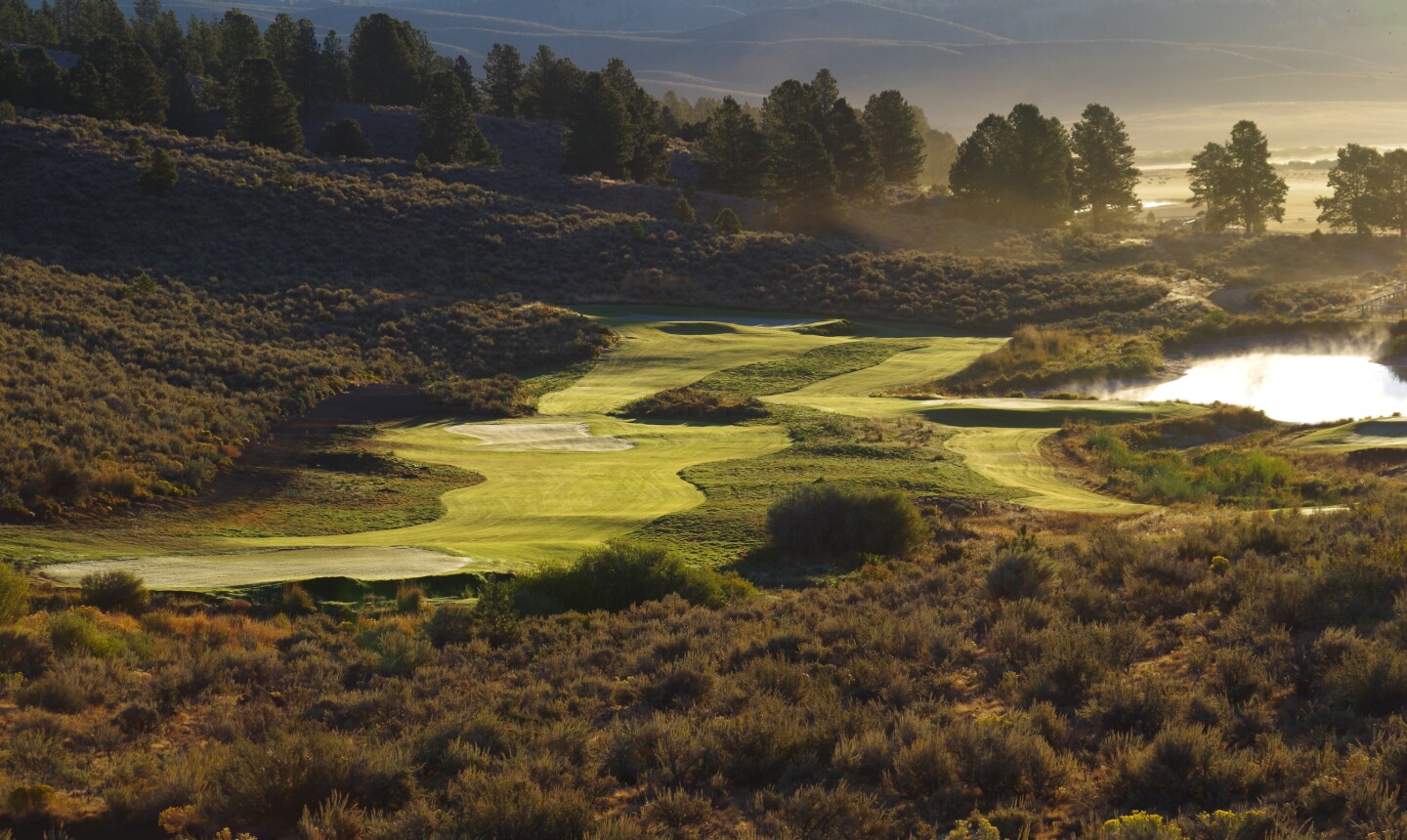 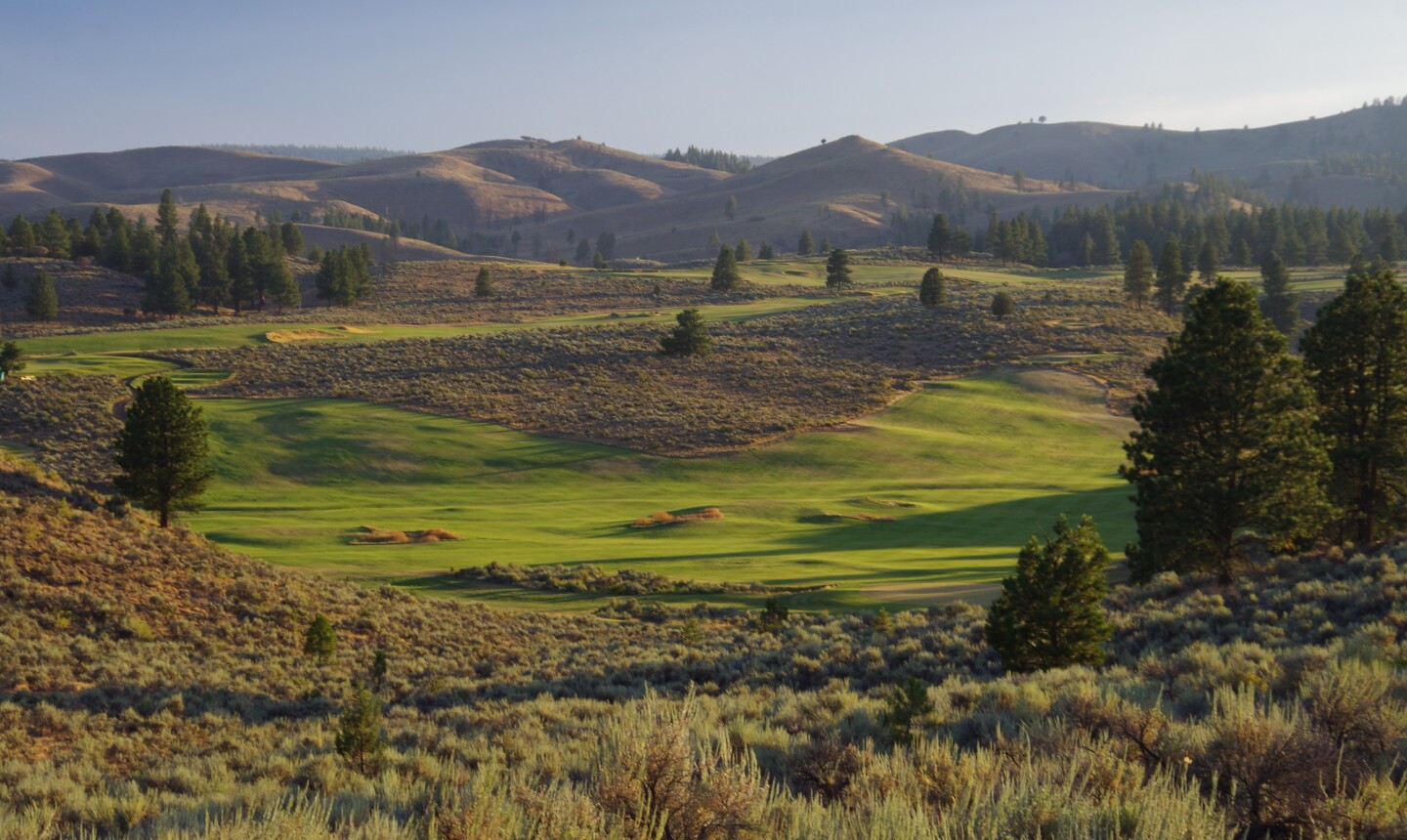 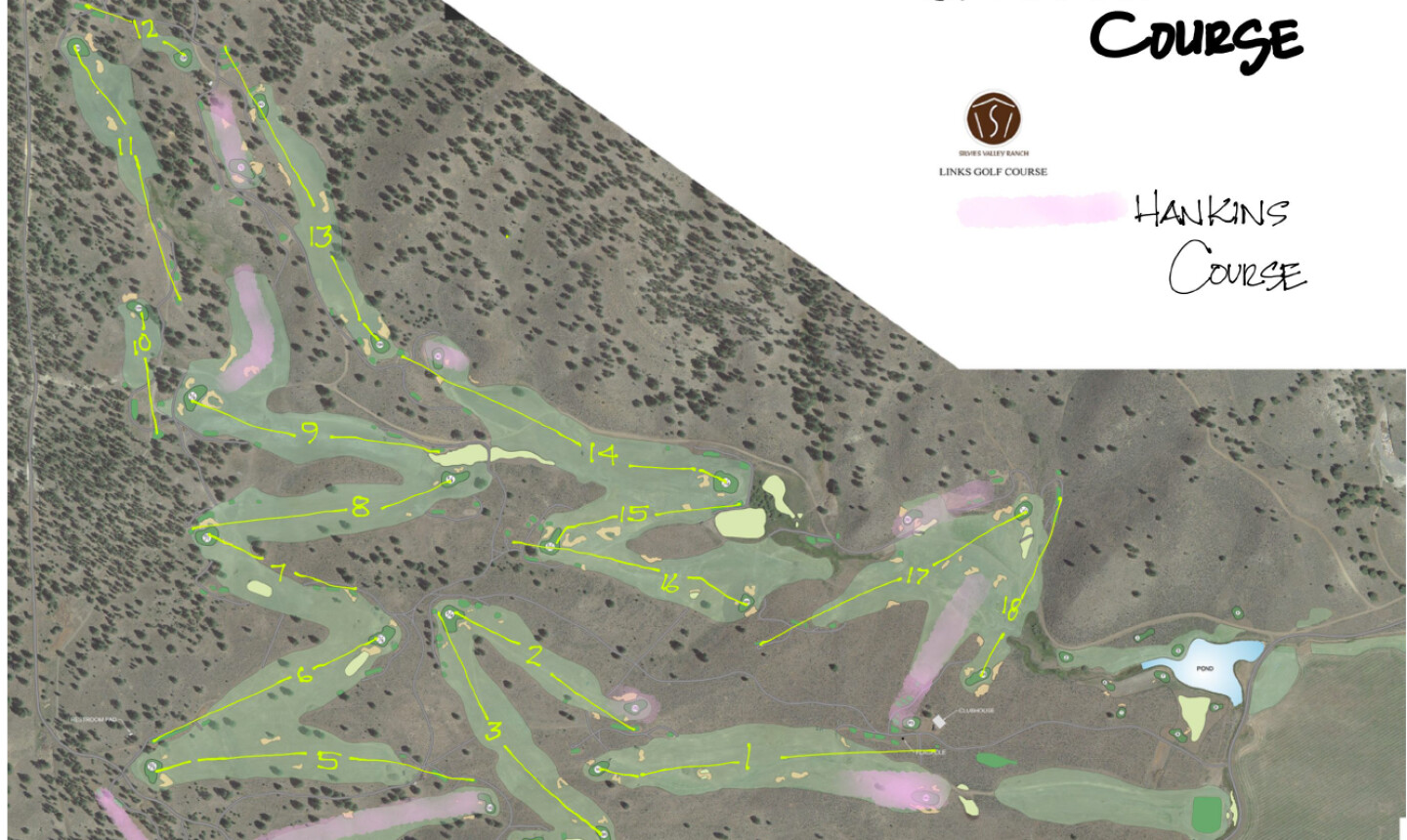 A look at the routing of the reversible Craddock Course at Silvies Valley Ranch. Courtesy of Silvies Ranch

Turns out, The Loop at Forest Dunes Golf Club by Tom Doak isn't the only new reversible golf course in America.

Another one – with a slight twist - will open this July in remote central Oregon at The Retreat at Silvies Valley Ranch, a working cattle ranch that's developing as golf's newest resort.

Architect Dan Hixson, best known for designing Bandon Crossings in Bandon, Ore., says it doesn't bother him how much publicity The Loop got in 2016 for being the "first" modern reversible course in America, even if he started his project first in 2010. He met Doak for the first time at Doak's popular Renaissance Cup on The Loop in northern Michigan last summer.

"When we started, we thought we were going to be first," said Hixson at the PGA Merchandise Show in January. "It took longer than we thought. We built it in-house with very small crews.

"The way I look at it, it's him (Doak) and me. We are the only people who have ever done one to that scale. We look at it, maybe, different from the next architect or the next. But it is very viable. After playing his, and how much different it is than ours, the idea of a reversible golf course is very feasible and should continue to some degree."

How the reversible design at Silvies Valley Ranch is different

Hixson says he was in the early stages of routing the Hankins course on the 140,000-acre ranch 300 miles southeast of Portland when he brought up the idea to the owners of making part of the course reversible. The ranch owners, the Campbell family - upon hearing Hixson explain how the Old Course at St. Andrews can be played forward and backward - asked him to make the whole course reversible. Instead of starting over, Hixson built additional holes and greens to make the routing in each direction flow properly over the rolling terrain with more than 100 feet of elevation change.

For example, the eighth hole on the Hankins course drops off a ridge. Playing back up that ridge in reverse wouldn't work, so Hixson built three additional holes on the Craddock course (nos. 9-11) to play around it. By the time summer comes, the Hankins and Craddock courses, named after the original Pioneers who homesteaded the site, will have taken more than seven years to complete.

A look at the Craddock routing (holes not in play in this configuration highlighted in pink.)

The routing is entirely unique. The courses will share nine greens, in addition to nine separate greens each, adding up to 27 total greens. The vistas of the surrounding mountains and valleys, blanketed in Ponderosa pines and sagebrush, stretch for miles.

"It's all one course to me," Hixson says. "One side (Hankins) has more views. One side (Craddock) is more difficult. I've had golf pro friends out and there's no clear winner (which is better)."

A Western motif will be evident throughout resort. Guests will stay in high-end cabins. Meals will be served in a main log-cabin lodge that was moved and renovated. Adventures such as shooting, cattle roundup, goat herding, fishing, exploring, wagon rides, Indian cave tours and Western gourmet dining can all be found on the ranch. Everything has been built eco-friendly and for sustainability, a major mantra on property.

"We don't know if we are one of the lowest carbon-footprint courses (in America), but we like to think we are," says Colby Marshall, Vice President of Livestock and Guest Services.