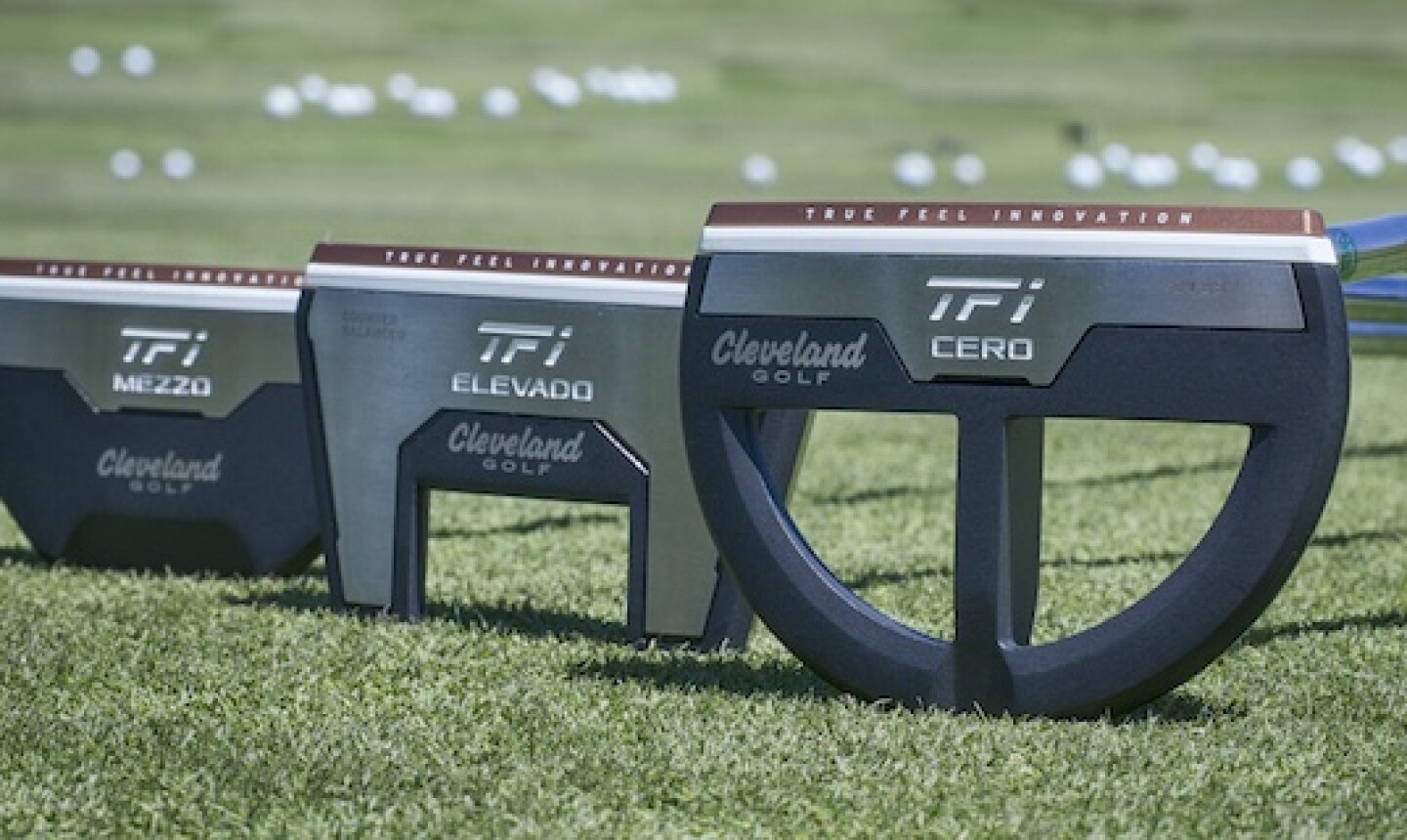 You may have heard a few months ago about Cleveland Golf's new TFI 2135 line of putters.

A lot of golfers certainly have, as the company has hit on an interesting new way to help golfers improve their alignment.

Alignment is one of the two keys to consistently good putting.

After all, if you're aiming somewhere different every time you address a putt, you're not likely to make very many, even if your speed is perfect and you've started the ball on what seemed to be the correct line.

Pros make putts because they combine great green-reading with proper speed and alignment.

Almost every time a pro addresses a putt, if the read is "right-edge," you can bet his or her putter will be aimed precisely at the right edge of the cup every time.

Eliminating that one variable is hugely important to good putting.

So, how can the rest of us get closer to that pro-quality, surefire alignment?

Cleveland Golf might just have found a way, and given the success of its introduction, there's good reason to believe they're on to something...

Product names with seemingly random letters and numbers can be a little gimmicky and unfathomable.

Some golf equipment manufacturers have been guilty of this over the years, and at first glance, it might seem as though the marketers at Cleveland Golf followed in that quirky tradition.

Turns out that that wasn't the case at all.

The TFi 2135 name on these putters corresponds to two key features: their "True Feel Innovation" faces, and a very short distance: 21.35 millimeters.

As for the face, it is made of milled copper-infused aluminum set on a polymer base.

This makes the front of the putter some 90 grams lighter than its steel counterparts, which meant the Cleveland Golf engineers could redistribute that weight to the outside of the putter head, making it more forgiving and stable.

(If this whole weight-saving business reminds you of something, it's because Cleveland Golf is doing the same thing with their new RTX-3 wedges.)

That happens to be the exact distance up from the ground to the center of a golf ball.

So, Cleveland Golf's designers raised the alignment lines on the 2135 putters to a height of - you guessed it - 21.35mm.

With this seemingly inconsequential change, Cleveland Golf believes they've set these putters apart from others, whose alignment lines are much closer to the ground, by giving golfers the opportunity to make more putts than ever.

The different alignment style of the TFi 2135 putters is meant to allow golfers not to try and adhere to the "rule" that all good putters keep their eyes directly over the ball.

(This is simply not true; a number of history's greatest putters have had their eyes "misaligned").

Because these putters align with the center of the ball, rather than the bottom, your perspective will not become distorted if you happen to putt with your eyes inside or outside the ball.

Sure, the degree of potential misalignment with the "traditional putter" on the left seems small, but as you know, golf is a game of inches - or millimeters, as Cleveland Golf seems to believe.

Lots Of Golfers Have Become Believers

Cleveland Golf introduced their TFi 2135 putters a few months ago with three fairly standard models: The 1.0, 6.5 and the counterbalanced 8.0.

The reviews have been so positive, in the last few weeks they've doubled the offerings to include three new high-MOI (Moment Of Inertia) mallet designs: the Elevado (available in both standard and counterbalanced weights), Cero and Mezzo.

Once again, that raised sightline commands the golfer's focus while the beefier, face-balanced shapes appeal to players with more of a straight-back-straight-through putting stroke. To boot, the Mezzo is a center-shafted model.

And just as with Cleveland Golf's Huntington Beach Collection putters, the TFi 2135s come with either a more standard pistol-style grip or an oversized WinnPro cylindrical grip, which more and more players (including yours truly) prefer.

For more information and to order a TFi 2135 putter from Cleveland Golf, click here.

For our past coverage of new offerings from Cleveland and Srixon, check out:

Kira K. Dixon
Lifestyle Correspondent
Now Reading
Cleveland Golf TFi 2135 Putters: Making Alignment A Breeze
New Cookie Policy
WE AND OUR PARTNERS USE COOKIES ON THIS SITE TO IMPROVE OUR SERVICE, PERFORM ANALYTICS, PERSONALIZE ADVERTISING, MEASURE ADVERTISING PERFORMANCE, AND REMEMBER WEBSITE PREFERENCES. BY USING THE SITE, YOU CONSENT TO THESE COOKIES. FOR MORE INFORMATION ON COOKIES INCLUDING HOW TO MANAGE YOUR CONSENT VISIT OUR COOKIE POLICY.
CONTINUE
Search Near Me