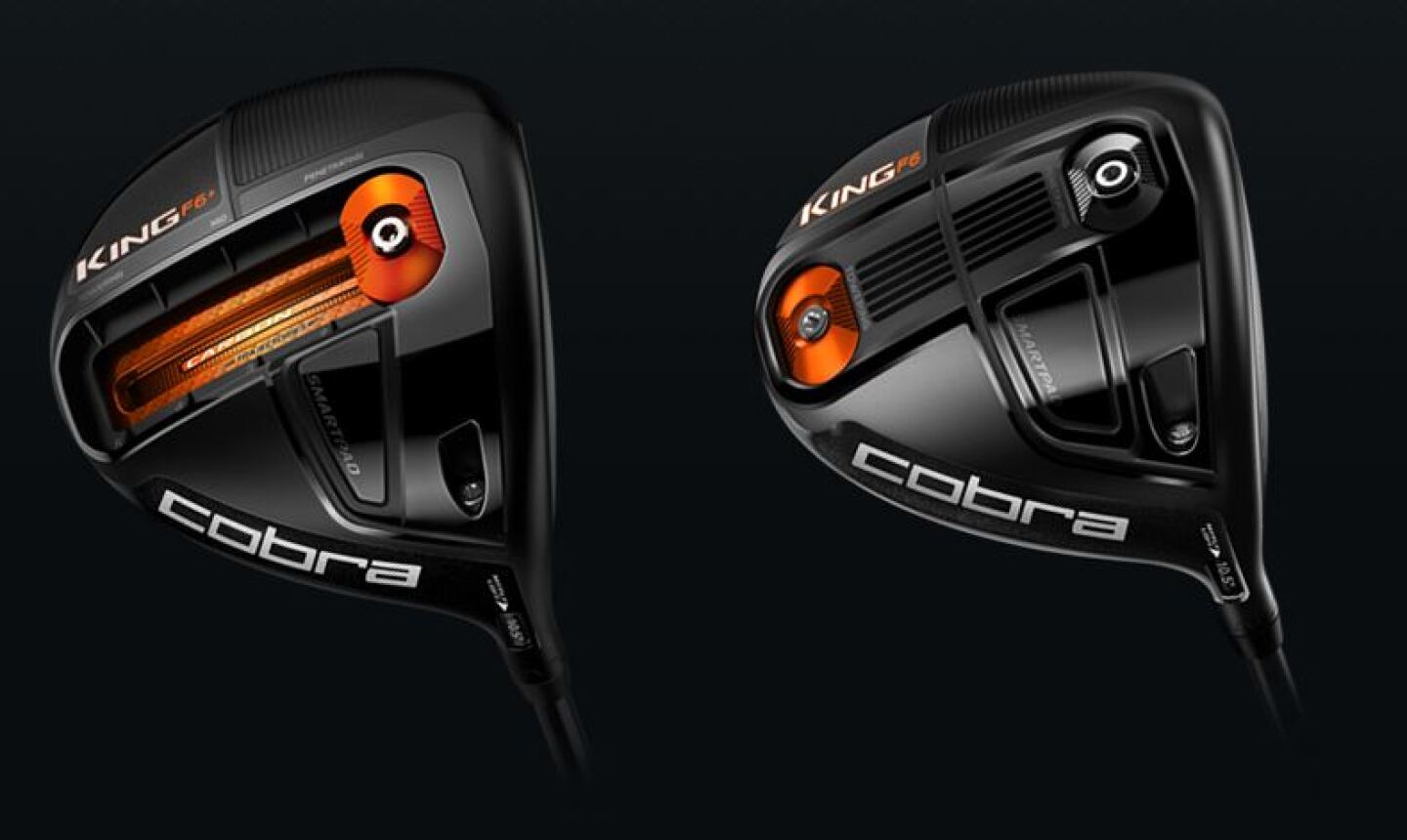 The King F6 and F6+ drivers are powerful, pleasing to the eye and ear, and can be customized for nearly any player's specs. Courtesy of Cobra Golf 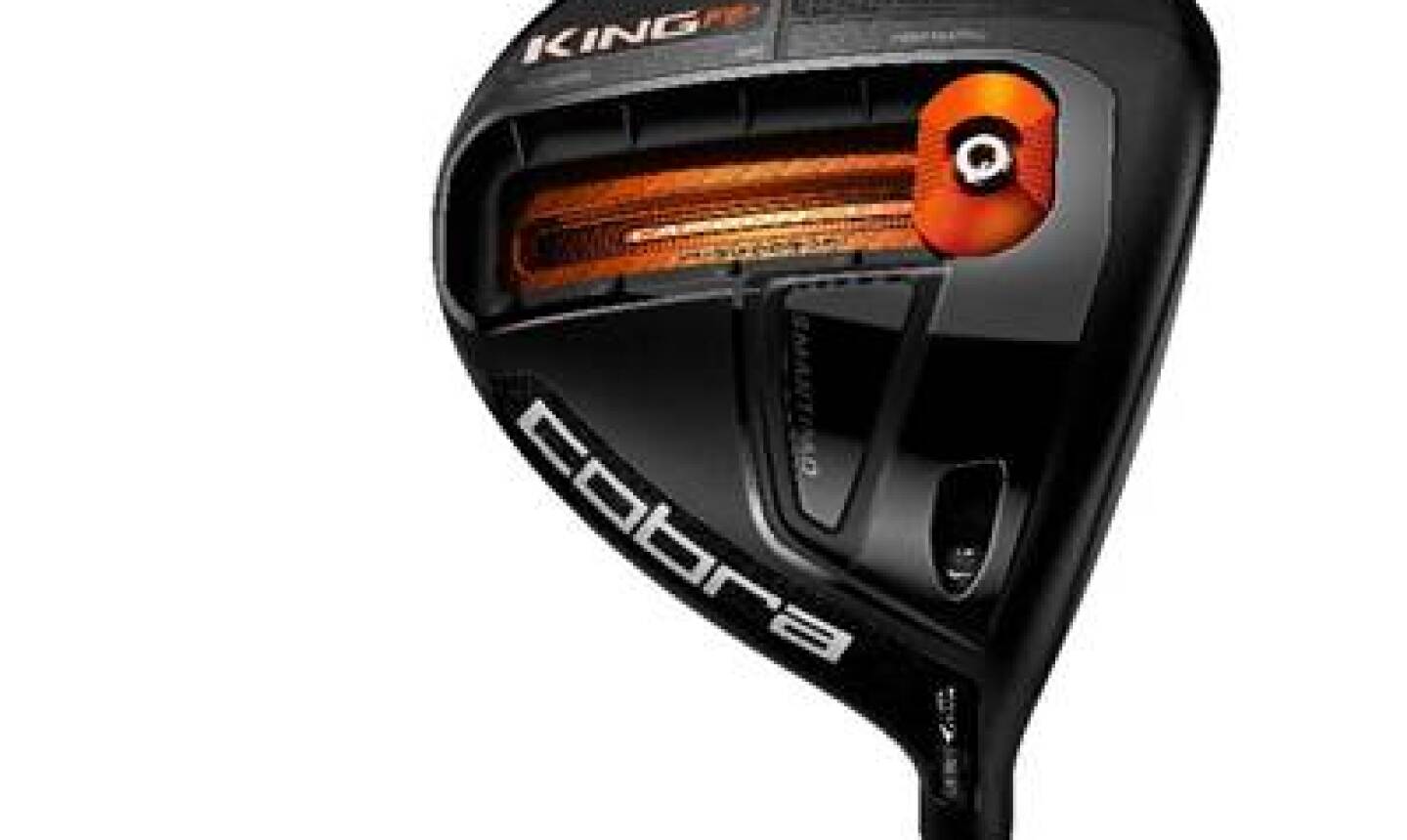 The Cobra King F6+ Driver has an 18-gram weight on the sole that slides back to front on a carbon-fiber track. Courtesy of Cobra Golf 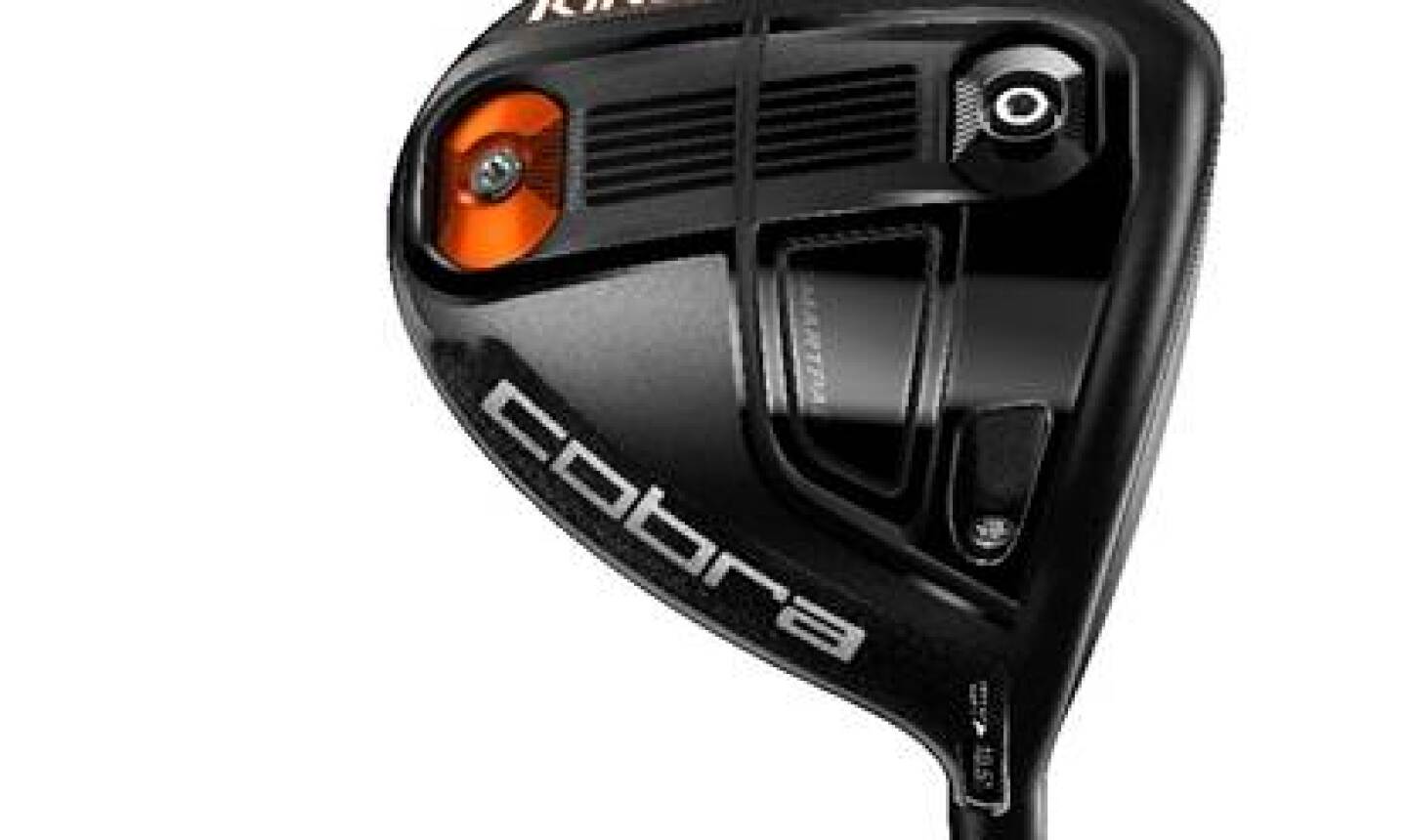 In 2015, Cobra Golf resurrected the "King" moniker, calling to mind the company's wildly popular clubs from the 1990s.

In particular, the Cobra King F6 line has quickly earned the loyalty of amateurs and pros alike. Case in point, the Cobra King F6 and King F6+ drivers: The PGA Tour's latest techie wunderkind, Bryson DeChambeau, has adopted the Pro version of the King F6+.

The sole of the King F6 has two weight portals with a 10-gram and a 3-gram weight, which can be flipped to put more weight forward or back.

The F6+ features a more radical weighting scheme. On the sole is an 18-gram weight that slides on a plastic-infused carbon-fiber CarbonTrac, allowing players to lock the weight into five different positions from front to back. The combination of using carbon for the track system (and the crown) and a super-light Ti11 titanium reduces overall clubhead weight by more than 20 grams. And moving the weight from back to front affects ball spin by a remarkable 600 rpm, the highest spin differential in the market today.

Both drivers also allow lie/loft customization, via the adjustable hosel, from 9–12 degrees of loft and three draw-biased lofts. The F6 and F6+ borrow the SpartPad technology from the company's previous Fly-Z driver to accomplish this aspect of custom-fitting, while adding all of these more elaborate weighting options.

On the golf course, the Cobra King F6 and F6+ drivers have a traditional set-up and shape at address, given that all the high-tech whiz-bangery is found on the sole. The King F6 has a more subdued sound at impact than the previous generation Fly-Z, which was pretty harsh. Swapping the weights does noticeably affect ball flight. When the 10-gram weight is forward, you get less spin, lower trajectory and more run.

In soft spring conditions on my home course, I set the loft to 10.5 degrees and put the heavier weight in the back, and the result was a lot of towering shots that carried a long way and nearly plugged when they landed. In short, the King F6 is a solid performer all the way around.

The weighting effects on ball flight of the King F6+ were even more dramatic. With the weight moved to the front, I was still able to hit high shots as long as I focused on hitting up on the ball. But by moving the weight forward, the normal medium-high to slightly low, piercing trajectory was ideal for blustery conditions. And, when fairways are firm, the roll is amazing.

The very first drive I hit with the King F6+ was on the 408-yard first hole of my home course. The wind was at my back, and the fairways were shaggy but firm. With a swing that felt like I was going half-speed, the F6+ produced about 260 yards of carry and another 50 of roll, leaving me less than 100 yards into the green. Sold!

The sound of the F6+ is a bit peculiar, with a hollow, wood-like "thunk" reminiscent of a baseball fungo bat. But for that kind of distance and adjustability, it's a small price to pay.

The flash and splash of previous Cobra driver models may be toned down a bit in the F6 line, but the engineering is kicked up a notch, as is the performance. The King F6 and F6+ drivers are powerful, pleasing to the eye and ear, and can be customized for nearly any player's specs. (If you really need low lofts, the F6+ Pro can be ratcheted down to 7 degrees.)

The F6+ comes in four crown colors, and Cobra offers a host of custom shaft options at various prices. I wish the stock grips had a couple of markings to help you maintain consistent grip position, but this is a tiny complaint.

All in all, Cobra has delivered a line of drivers that push the technology envelope but avoid the gimmicky appearance of their previous lines. These King Cobras have some serious bite.