This cool gold thing is also a Cool Golf Thing

Good for the kids.

In 1967, Rolex gave one of their stable of world-class athletes, Jack Nicklaus, one of their Day-Date models of watch. Nicklaus didn't wear it on the course, but it can be seen in photos of a dozen of his major championship trophy presentations. This past Tuesday, some 52 years later, Nicklaus auctioned the watch off in New York City, via the Phillips and Bacs & Russo. The point was not to add to his impressive post-playing-career earnings, but to give back, through the Nicklaus Children's Health Care Foundation, one of several causes in which he and wife Barbara are involved. Despite pre-auction estimates of a potential sale price of $18 million, the watch went for $1 million, reminding of the golf joke about yelling "Fore!" and making a six but writing down a five. Still, it's a million bucks for a worthy cause, which is great in absolute terms.

I first met Jack Nicklaus last June at Creighton Farms, one of his designs, where he was hosting an annual charity outing to benefit the NCHCF, as well as the National PKU Alliance, which funds research around the rare disease phenylketonuria. That event raised more than $1.4 million. I took a photo of Nicklaus during his press conference, completely oblivious to the significance of the watch on his left wrist. I wish I had asked for a closer look.

Okay, it's not exactly the saga of the gold watch from Pulp Fiction, but at least this particular cultural touchstone will benefit more children than a young Butch Coolidge. 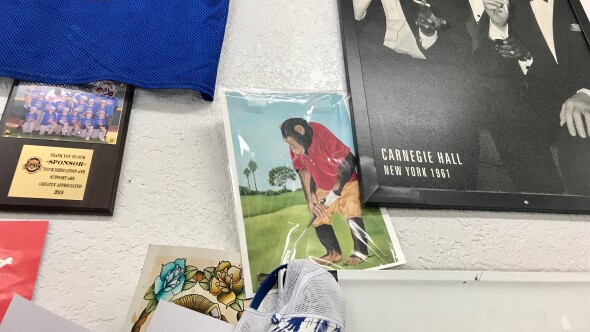