This retro rain shelter is a Cool Golf Thing

I was in Kmart (yes, there are still a few left, and one is in my town) recently, and a feeling of nostalgic appreciation came over me. The employees were wearing bright t-shirts with the cliche phrase "Attention Kmart Shoppers!" and the soundtrack, coming down from a ceiling lined with sterile fluorescent lights, was straight out of 1994. Kmart, bless its heart, leans into its roots, dated though they are.

Riviera Country Club, a quietly splendid little public course in an old neighborhood north of Daytona Beach, embraces its own roots at a time when many golf courses are forsaking theirs via soulless capital projects. It is a 1950s period piece, not just in the relatively unchanged design of the golf course, but in its whole gestalt. The little hut off the 12th hole houses a water jug and would keep a foursome dry in a pop-up shower. It also looks like it could turn into Marvin the Martian's spaceship if you push the water spigot button and tap on the ceiling just right.

How steadfastly old-school is "The Riv"? Head pro Mike Boss has been at the course for more than 40 years, and he doesn't take tee times. Instead, golfers call the course, tell Mike or his staff when they want to play, and are granted that approximate time or steered toward a less busy part of the day. This sounds like a recipe for chaos, but just as Lassie always got little Timmy out of danger, at Riviera, things just have a way of working out. 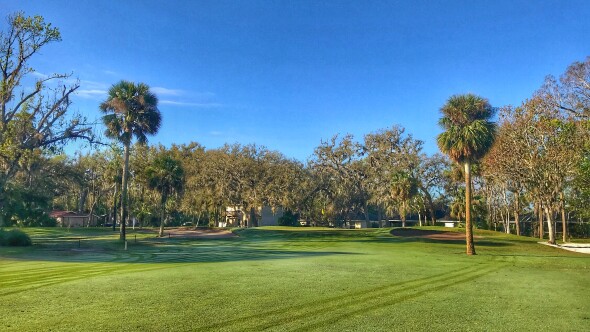 Articles
Read more about this hidden gem of a course in this Daytona Beach primer
Daytona Beach has a lasting association with competitive stock car racing. Its golf scene is a justifiably strong draw, as well, with courses that can appeal to a range of tastes and budgets.
10 Min Read 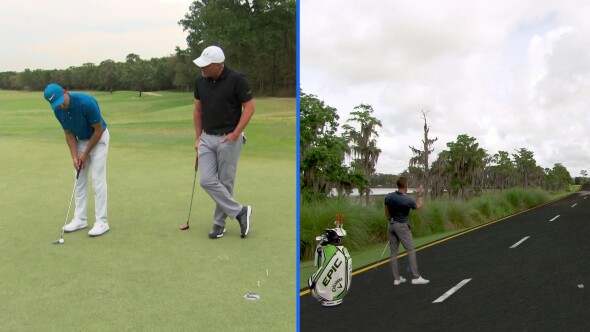