This Kent County links has hosted more Open Championships - and had more unlikely finishes - than any other English venue.

Watching the 2021 Open at Royal St. George's Golf Club will, no doubt, have you dreaming of playing this prestigious links on England's southeastern coast.

I know the feeling.

I was given one hall pass to play golf on a European family vacation in 2014. I could have sought out the famous heathland courses much closer to the London city center where I was staying, but the pull of the links along the Kent coastline was just too strong, especially after watching Darren Clarke surprisingly capture the claret jug at Royal St. George's in 2011. I spent weeks figuring out a way to get there and back without a car. It involved a 5 a.m. tube ride and 90-minute train ride to the countryside, not to mention bumming a ride home from someone in the golf industry I had never met before. But the day was special, just like you'd expect from one of England's finest links.

Is it too bold a statement calling Royal St. George's England's best links? There's three other Royal links on England's West Coast still in the rota - Royal Liverpool, Royal Birkdale and Royal Lytham & St. Annes - and I haven't played them to compare. Golf Digest gives Birkdale the nod in its latest World's 100 Greatest Courses list, but it's a tight race (a tie for 23rd vs. 28th) that's definitely up for debate. The fact that Royal St. George's, known locally as 'Sandwich', has hosted more Opens - 15 vs. Birkdale's 10 - is meaningful.

Watch exclusive coverage and featured groups of the 149th Open with Peacock Premium. View schedule and sign up here.

The history of Royal St. George's

This contrast can partially be explained by the routing's randomness. Holes seem to scatter about, never in an obvious pattern. Sure, there's flow, but no hole feels the same and only rarely does it point in the same direction as the previous. This keeps players guessing which way the wind will whip their ball. The uneven fairways tend to bounce the ball wherever they wish in the same fluky manner.

The links, which will play as a par 70 of 7,189 yards, has been tinkered with at times during the modern era, first by Donald Steel and later by Martin Ebert. Both men have become the R&A's consulting architects when it comes to Open venues. Neither have ruined its timeless appeal.

The club's history is quite colorful for such a traditional club. The 1949 Open won by Locke was settled after perhaps the unluckiest break in major championship history. On the fifth hole in the second round, Irishman Harry Bradford's ball came to rest in the bottom of a broken beer bottle. Dumbfounded by the situation, he played the shot, advancing the ball a mere 25 yards. The subsequent double bogey led to a 77. He might not have lost in a playoff to Locke had he merely waited for a ruling. Check out the great picture in this story at TheOpen.com.

Royal St. George's also happens to be the inspiration behind the most famous golf match that never happened. Club member Sir Ian Fleming, the creator of 007 James Bond, wrote about the course under the guise of "Royal St. Marks" in his 1959 novel "Goldfinger." Hollywood's version of the $10,000 match between Bond and the villain was actually shot at Stoke Park closer to London.

For showmanship alone, Royal St. George's boasts a big leg up on its English rivals. 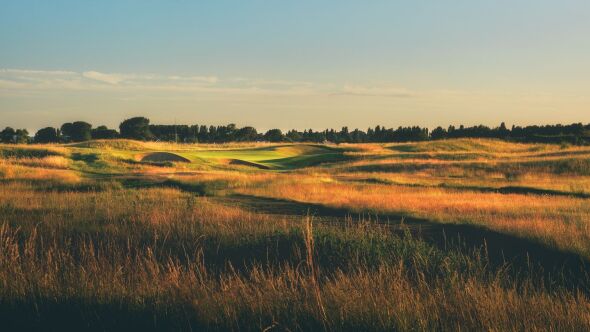 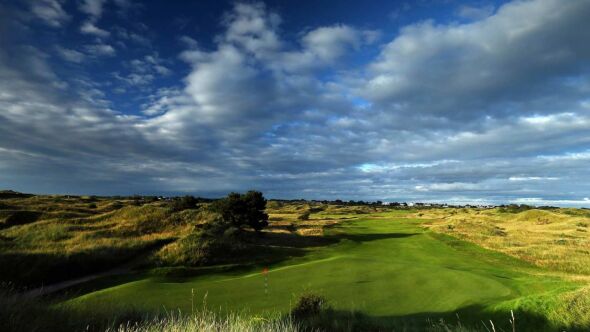 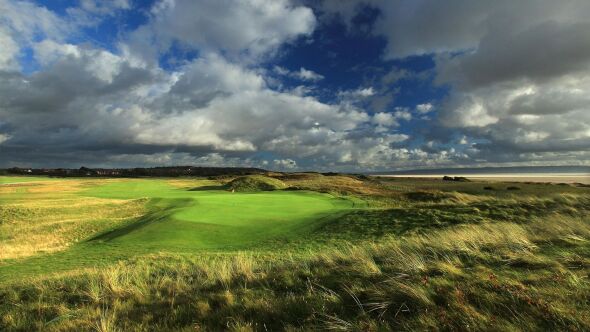 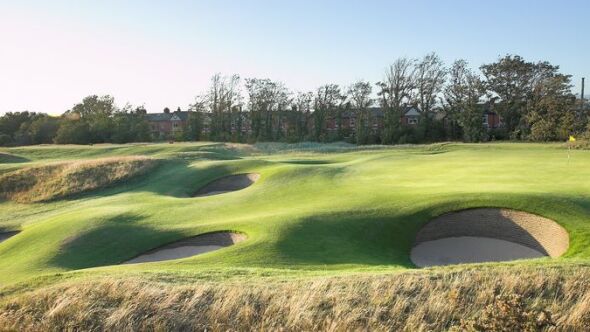 Royal St. George's: The visitor experience and what you need to know

Royal St. George's feels very much like a private club. It just has that vibe. I wouldn't call it "stuffy," but I definitely felt like I better behave. The club accepts visitor play Monday through Friday except holidays. It's not an all-male club anymore after a vote in 2015, but when I visited, the issue was very much a touchy subject.

There are lots of rules to get on, and, if you do, to follow when you get there. Its website indicates that visitors must produce a letter of introduction from their club secretary for the chance to book a tee time. Upon arrival, expect to produce evidence of an 18 handicap or better. Many overseas clubs threaten this, but I've never had it happen yet.

Two-ball golf (a singles match between two players or a two-man team match in a foursome) is the normal format on all days except Tuesday. Visitors are allowed to play Three- and Four-ball golf during certain windows of time on Tuesdays except in August. Visitor green fees at Royal St. George's in 2021 are £250.

I did not get to experience the club's legendary lunch, both for a lack of time and a lack of proper attire. Like Muirfield in Scotland, jacket-and-tie are required clothing throughout the clubhouse after 11 a.m. Golf attire is allowed at the snack bar or on the patio. Anyone with shorts on must wear knee-high socks, a fashion combo I'm not sure I can pull off without snide comments from my golf friends at home.

I was bummed I couldn't find my old scorecard to recall what I shot that day or decipher any notes I scribbled down. The lasting impressions of the links were delivered by the dunes on holes 4-6. They were awe-inspiring and presented a trio of daunting holes. I thought it was merely a teaser for what was to come. Unfortunately, it was a climax done too soon for my tastes as the course transitioned into more subtle linksland.

The other notable memory was a punishing collapse of my game. This is the Royal St. George's so many visitors and pros have come to fear. Dustin Johnson inexplicably hit his second out of bounds on the par-5 14th in the final round, letting another chance at his first major slip away. Thomas Bjorn stayed buried in a bunker near the 16th green to toss away his only shot at a major in 2003. The valley near the final green is named "Duncan's Hollow" after poor George Duncan failed to get up and down in 1922. All of these shots should have been relatively simple for men of their talents, just not under the pressure of major championship golf at Royal St. George's.

There will be heroes and goats again in 2021. Royal St. George's has a way of identifying both when The Open comes to town.

Articles
8 Min Read
Beginner tips: How to meet golf buddies
It doesn't matter if you've been playing for a lifetime or you're brand new: every golfer needs more golf buddies.
By Brandon Tucker
Read More
Load More
Popular
This lobster lunch is a Cool Golf Thing
Tokyo Viewer's Guide: Where to watch the Tokyo 2020 Olympic Golf
This utilitarian greenside bridge is a Cool Golf Thing
The world's 20 best golf destinations that beat the heat
Editorial Staff

Kira K. Dixon
Lifestyle Correspondent
Now Reading
Royal St. George's: Unlikely champions and inexplicable moments on an extraordinary English links
New Cookie Policy
WE AND OUR PARTNERS USE COOKIES ON THIS SITE TO IMPROVE OUR SERVICE, PERFORM ANALYTICS, PERSONALIZE ADVERTISING, MEASURE ADVERTISING PERFORMANCE, AND REMEMBER WEBSITE PREFERENCES. BY USING THE SITE, YOU CONSENT TO THESE COOKIES. FOR MORE INFORMATION ON COOKIES INCLUDING HOW TO MANAGE YOUR CONSENT VISIT OUR COOKIE POLICY.
CONTINUE
Search Near Me