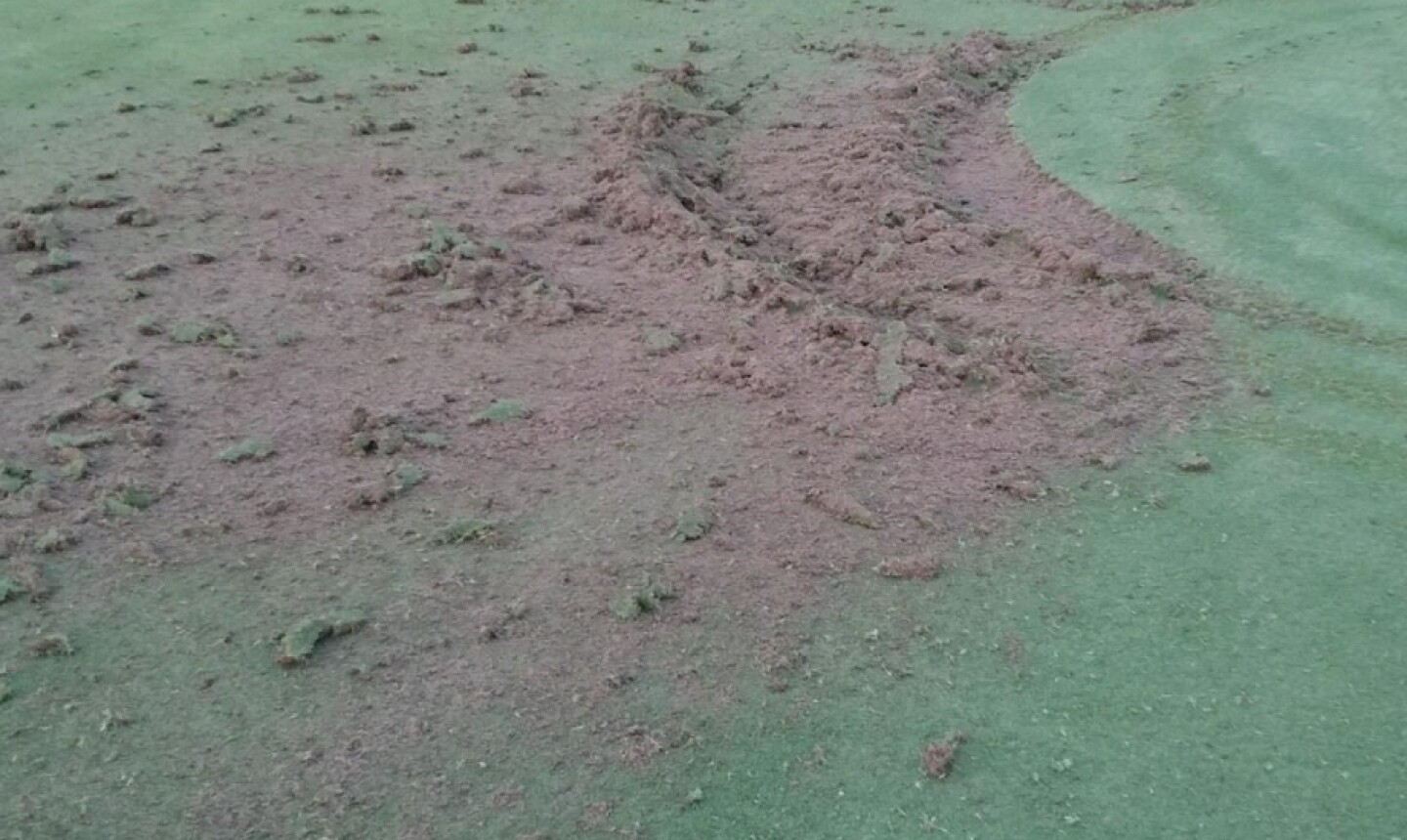 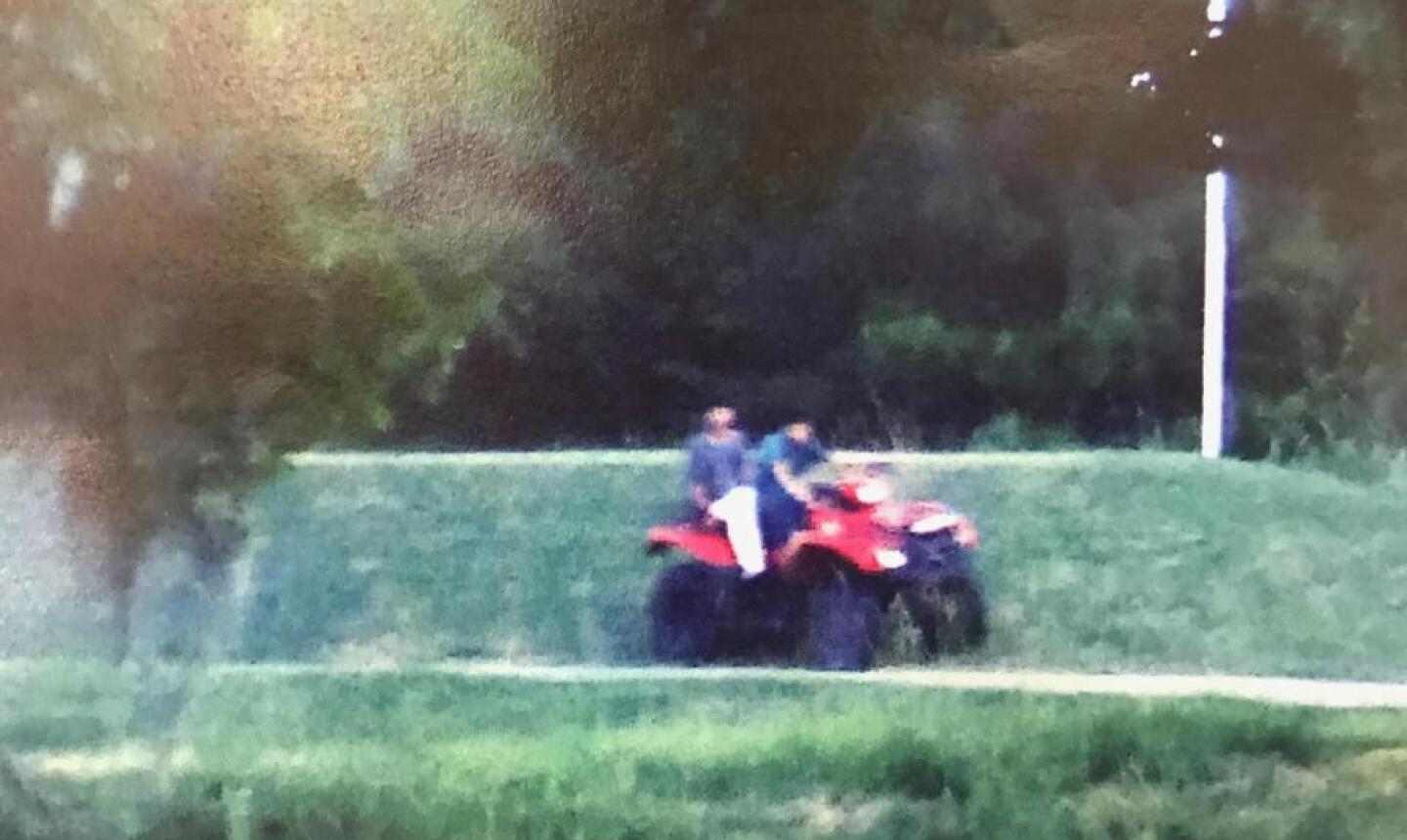 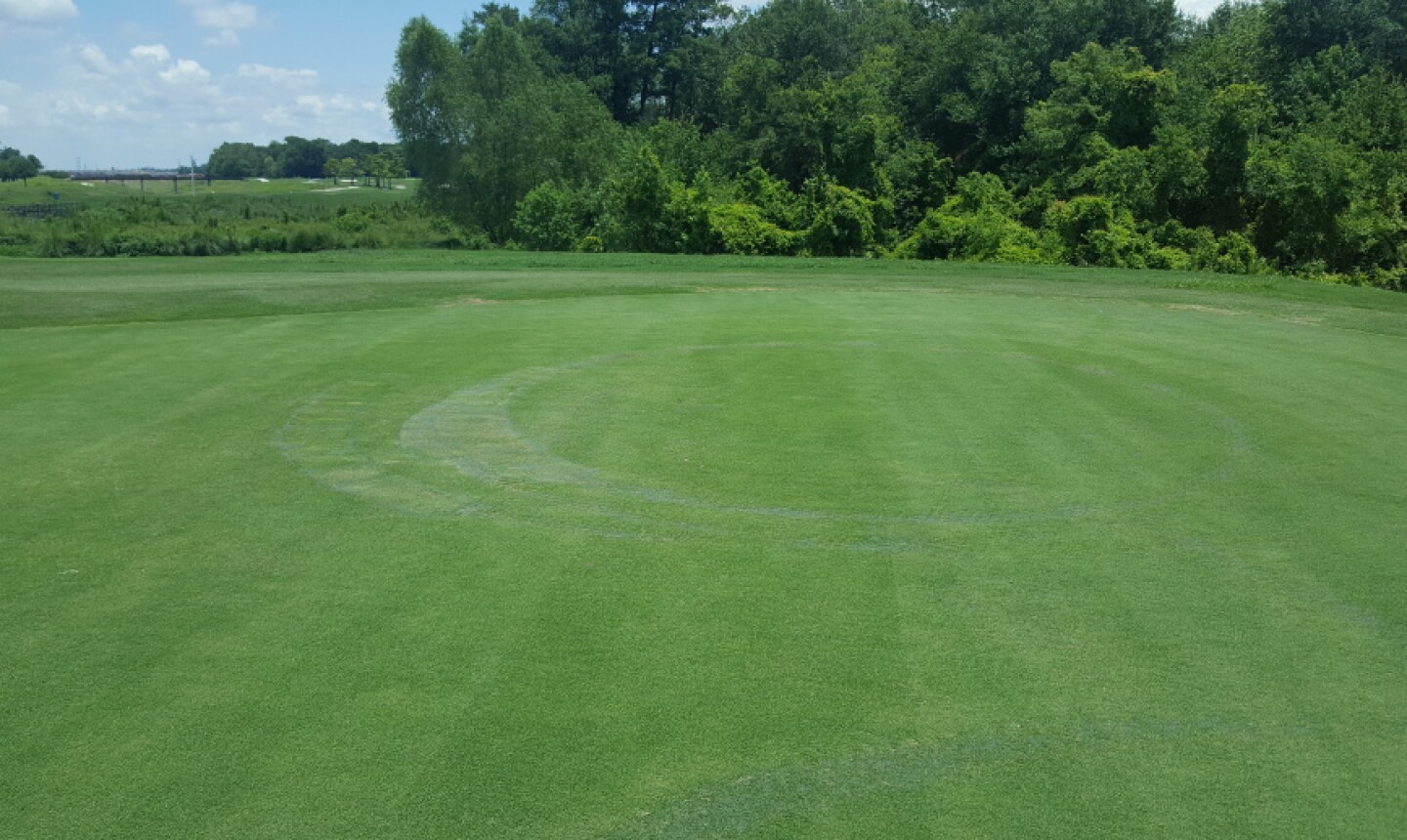 Director of agronomy Brian Buckner says unfortunately his crew has too much experience fixing the 16th green, but has gotten good at it. Courtesy of Brian Buckner/Golf Club of Houston

HUMBLE, Texas -- Officials at the Golf Club of Houston, site of the PGA Tour's Houston Open, are hoping that the apparent apprehension of two teenagers who vandalized one of the greens at the club's Tournament Course, will discourage similar acts in the future.

On Friday, June 23, a pair of teenagers from a nearby neighborhood (that would take 15 minutes to reach by car from the course, but only a couple of minutes with an off-road vehicle along the bayous) apparently rode an all-terrain vehicle across a bayou that borders the course and did significant damage to the 16th green.

Fortunately, security cameras were able to capture images of the boys and the ATV they were riding, and that helped police apprehend the suspects.

According to Sergio Salazar, general manager of Golf Club of Houston, officials and police caught a break, when the boys apparently returned the next day to ride along the banks of the bayou near the course.

Brian Buckner, (CGCS) who is the director of agronomy for the club, happened to see the pair as did an off-duty police officer, and they recognized the ATV, which had some distinctive aftermarket alterations. The officer followed the boys home, and the Golf Club of Houston (owned by Escalante Golf) has filed a police report.

By catching the culprits, Salazar hopes it sends a message.

"Don't do it," he said is the message he wants to send to anyone who thinks they can get away with these stunts.

Much to be resolved

The parents have offered to make restitution for the damages, which have yet to be fully assessed. The maintenance staff has already re-sodded the portion of the green that was damaged.

The silver lining is that it happened in June, long before the course is overseeded for next March's PGA Tour event. Fortunately, grass in Houston grows at a remarkable rate in June.

On New Year's Day 2016, someone carved out doughnuts on the same green, and repairs in January were a little more difficult.

Said Buckner on his weekly blog for the club on June 30: "Unfortunately we are pretty good on these repairs with the amount of 4-wheeler damage repaired over the past couple years. Great job by team members Carlos, Daniel, and Antonio. Thank you everyone that helped keep an eye out for our course."

And there have been other high-profile courses, too, victimized, most notably Trump National Los Angeles in Palos Verdes, Calif. Apparently political activists in March tried to send a message to the president protesting his environmental policies by defacing the picturesque fifth green, carving out large letters that said. "No more tigers, no more woods."

The group that takes responsibility for the damage remains anonymous.

Trump National L.A. is reportedly the most expensive golf course ever built at more than $250 million.

Probably the parents will just continue to enable these kids.  I think the kids should have to work on the greens keepers staff for no pay until they pay off the damage.  Probably th first time they ever worked too

So, will the culprits be punished and jailed like they should be?  Or will they just allow the apparently well-to-do parents to buy their kid's way out of the problem?