Watch the game's top architects pitch their plans for Rio 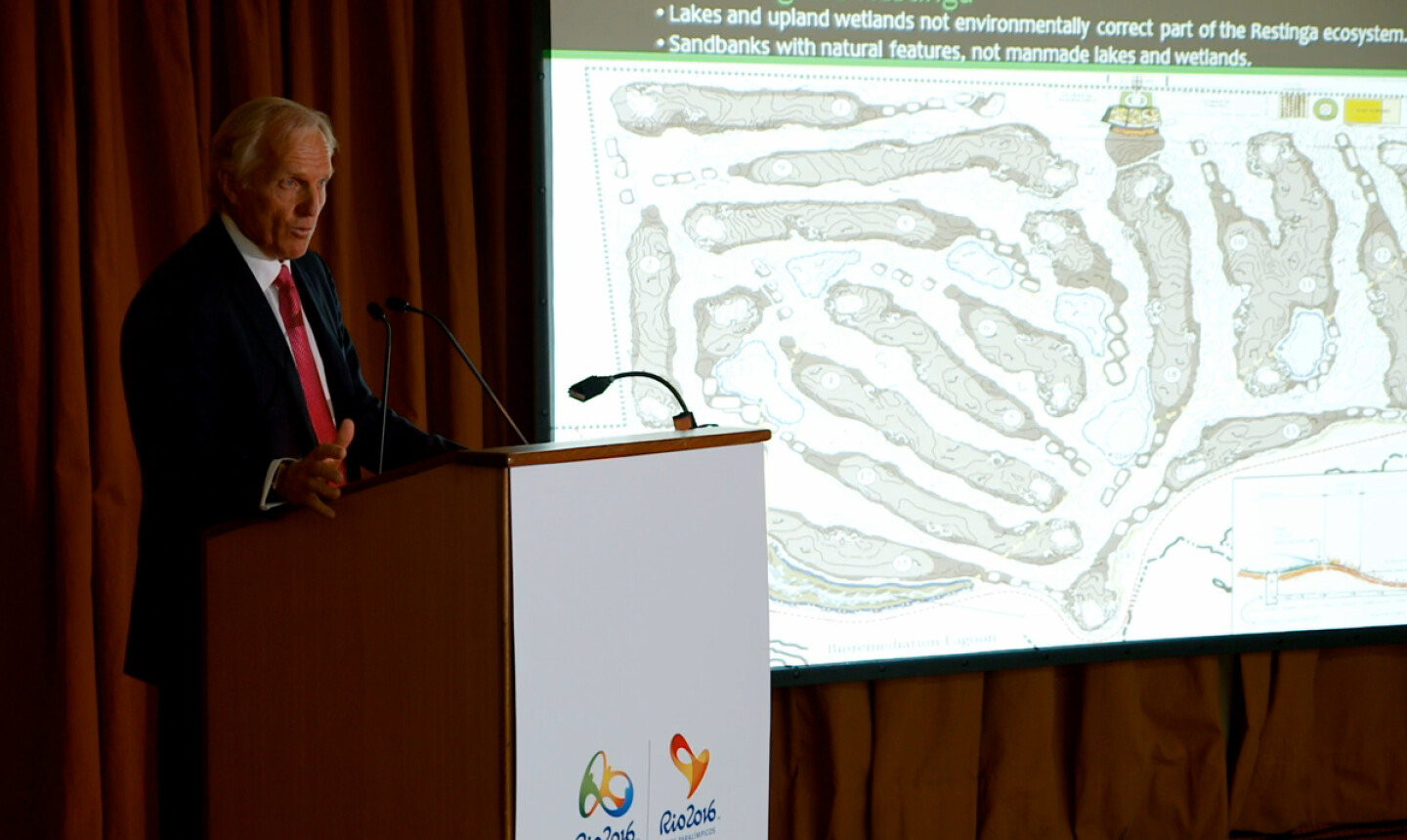 Greg Norman pitches the Olympic Committee on his course design for Rio. Courtesy of Golf Channel 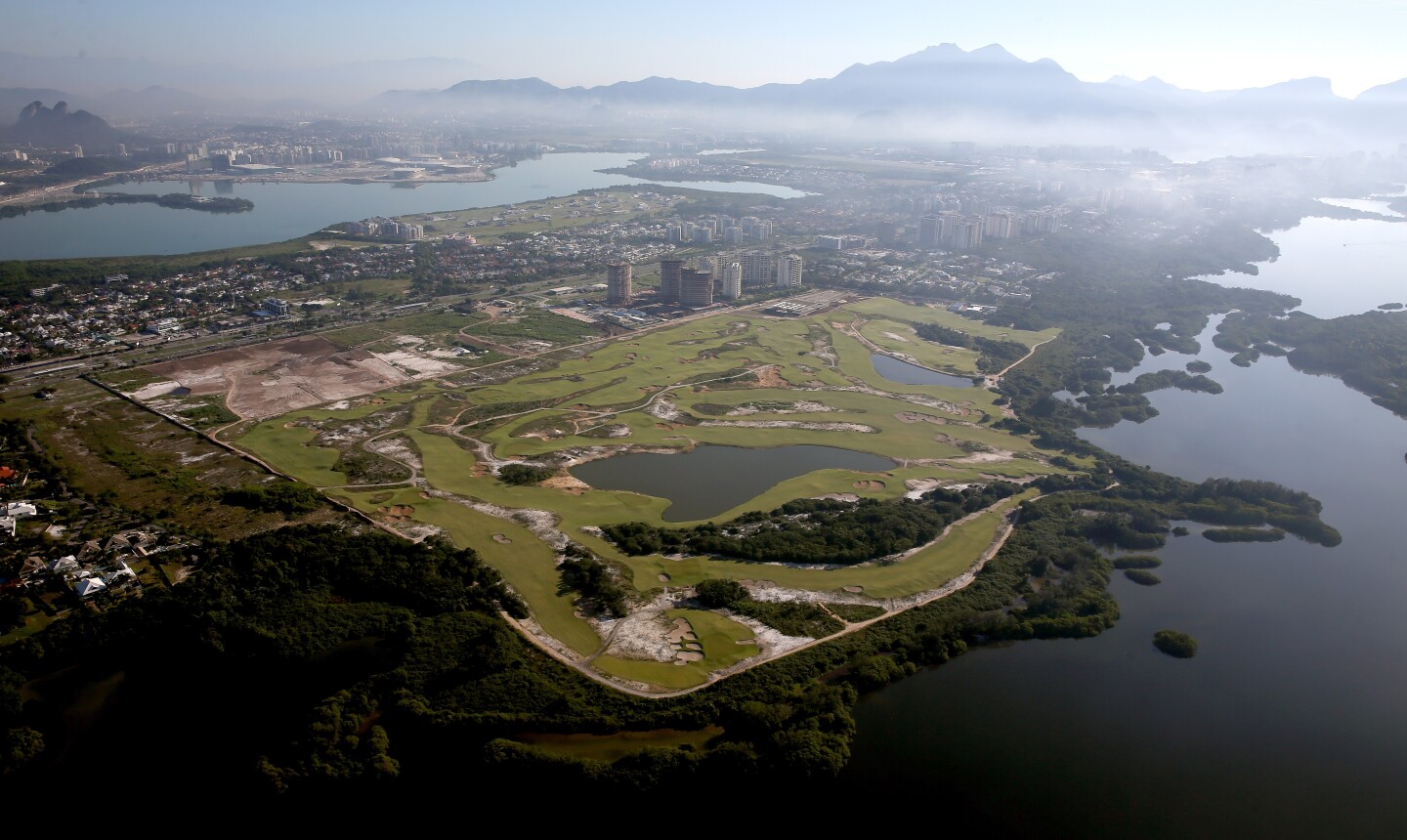 Normally by the time we see a golf course architect at a podium discussing a design, the contracts have been signed, shovels are in the ground and it's one big kumbaya moment with all parties involved.

That's what makes the pitches for the Rio Olympic golf course so fascinating. Six of the game's top firms pitched the committee and, in the videos linked to below, we're able to get a glimpse of how these firms think and what they felt would make the plan a success.

Each design team was given a 45-minute window to pitch the committee, and while there are common themes -- playability, sustainability and legacy -- each was very different from one another. We have five of them clipped down into six- to 13-minute segments (due to a technical glitch, we were not able to get Robert Trent Jones Jr.'s pitch).

Promising he and Sorenstam would spend as much time on site as needed, Jack Nicklaus gives a very tactical, strategy-oriented approach in his pitch, promoting how he likes to design an equal amount of dogleg lefts and rights, as well as ensure par 3s and par 5s are played in different directions. He says the design will be "risk-reward" but also "forgiving." Sorenstam's largest contribution in this clip is about the adjacent teaching academy and three-hole course that can be configured in multiple ways.

Doak is a bit of a dark horse here with by far the smallest resume in terms of pro tournament venues. He begins his pitch with a soccer analogy, but his cerebral approach soon takes over. He talks about a golf course aimed to be "four-in-one" and almost immediately goes into discussing golf's future in Brazil rather than the competition course itself. He points out the history of kids' golf courses in Scotland: casual, modestly maintained courses next to famous links like in North Berwick. We can already see Doak feeling out the room on how a flexible routing could play out, as he says his course would actually be 20 holes, with two holes doubling as the site for the kids course.

I was particularly impressed with Greg Norman's pitch, who had Lorena Ochoa tee him up. Norman angles himself as someone who knows how to build a tournament venue, down to minutia accommodating the cabling required for TV production. He pivots from his tour-venue acumen to how to transition the site into a sustainable course for the future. Norman discusses a "competition" mode course and "legacy" mode course, which he says, based on adjusted maintenance, would reduce about six acres of turf needed to maintain after the event as well as make a course more playable for amateurs.

Norman discusses environmental sustainability at length, and even touted a design with no retention ponds. Based on what we've seen so far with Hanse's design (based on the aerial image below there are two large ponds in play), that's a stark deviation. I found Norman's plans for native plant regeneration in particular pretty interesting.

Player opens up with some background on his familiarity with Rio and a humblebrag about the 59 he once shot in the Brazilian Open. While Nicklaus and Norman get into the nitty-gritty of their designs, Player leaves this to his president of design, Scott Ferrell.

They suggest the Olympic course should play as long as 7,700 yards (this becomes important once you get to Hanse's pitch), but I was most impressed with their "hub" concept: a routing that has a two-hole, three-hole, two four-hole and a five-hole loop. This allows far more than just the traditional nine- and 18-hole routings. (It should be noted Player's firm is currently building a 12-hole course at Top of the Rock in Missouri).

It's been well known for awhile now that one of the reasons Hanse got the gig was his commitment to not just state I'll be on site as often as I need to be, but to commit his entire family to move to Brazil for the duration of the construction.

Still, his pitch was plenty strong beyond this statement. Hanse makes it clear he's an ardent student of the classics and their ability to be both artistic and keen strategists. He pans golf carts and praises George Thomas, says most of the top 10 courses in the world aren't par 72s and also blasts long golf courses (his plan is just 7,200 yards).

"If we put enough strategy into the design, we don't need these long golf courses."

He can back it up with pro-tested designs like TPC Boston, Castle Stuart and the Blue Monster at Trump Doral.

He likens golf courses to works of art and says the course will be the signature, long-lasting legacy of the Olympics in Rio. It's a great sell job. And once you watch his pitch vs. the other higher profile names, suddenly he's not the underdog we all thought going in. 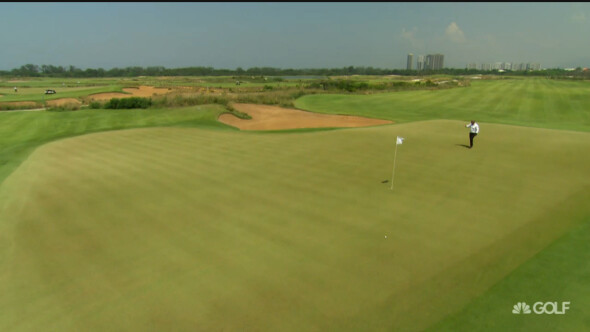