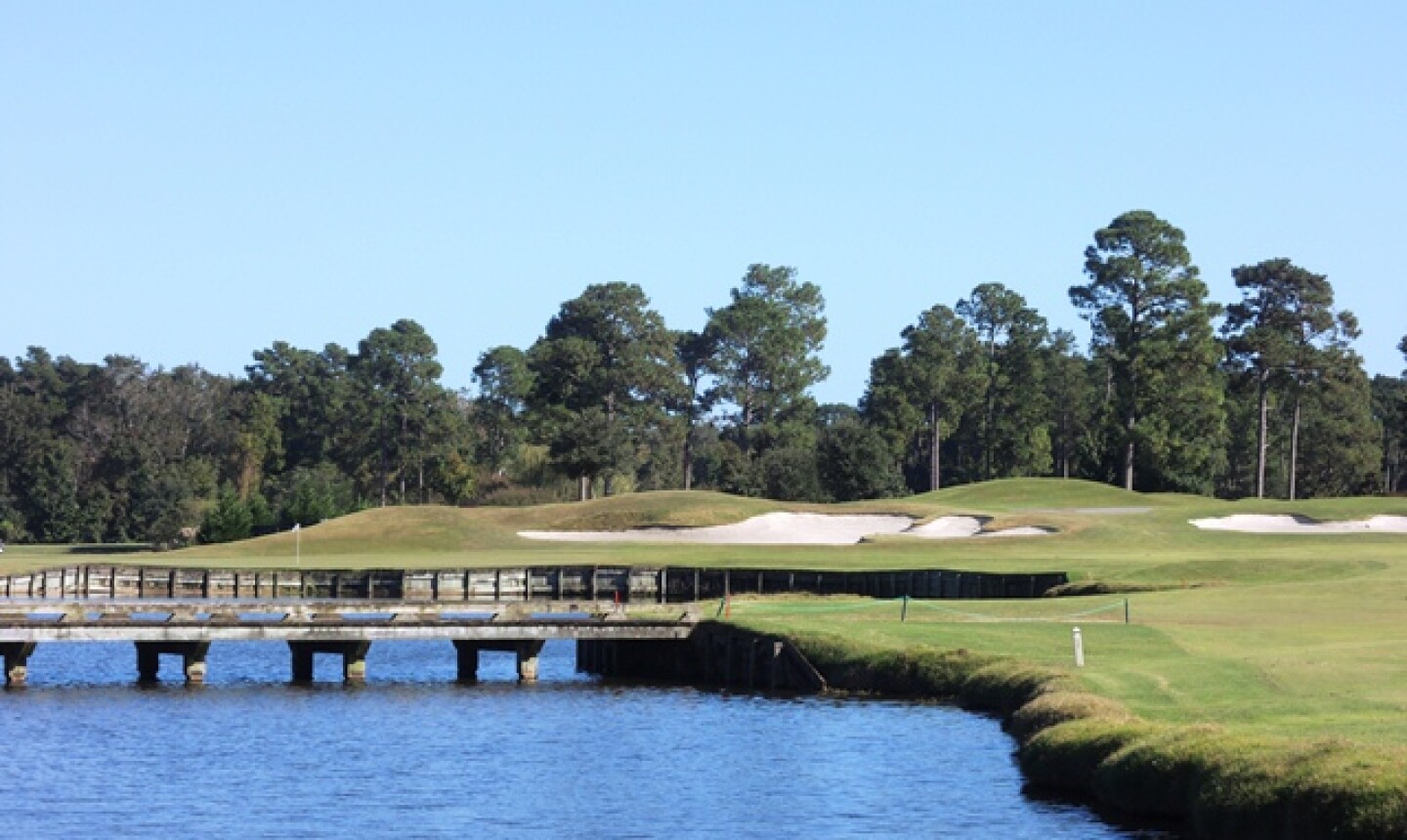 The sixth hole at King's North at Myrtle Beach National has an island fairway as well as an semi-island green. Mike Bailey/Golf Advisor 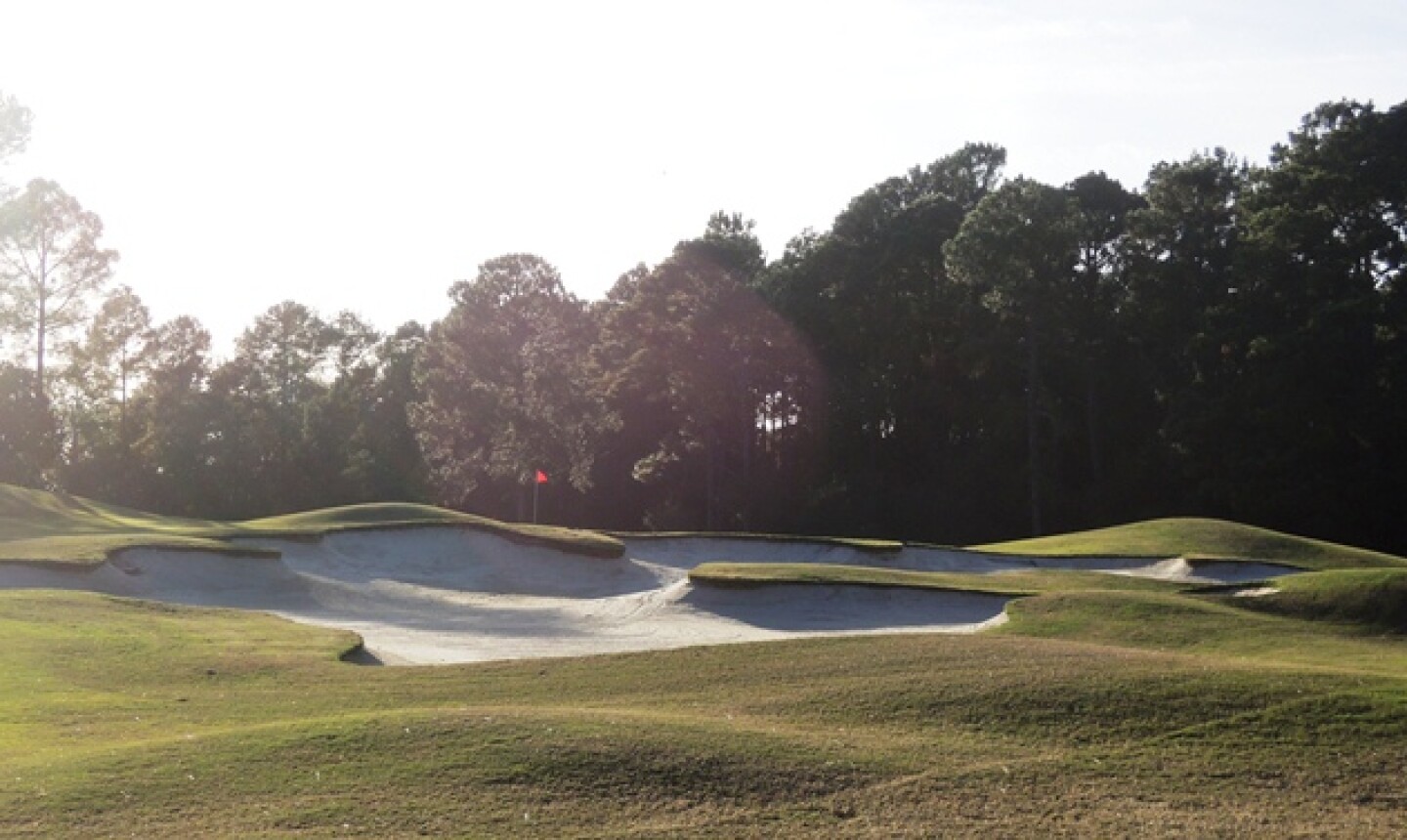 There's no shortage of sand at King's North at Myrtle Beach National, as evidenced by the 13th hole. Mike Bailey/Golf Advisor 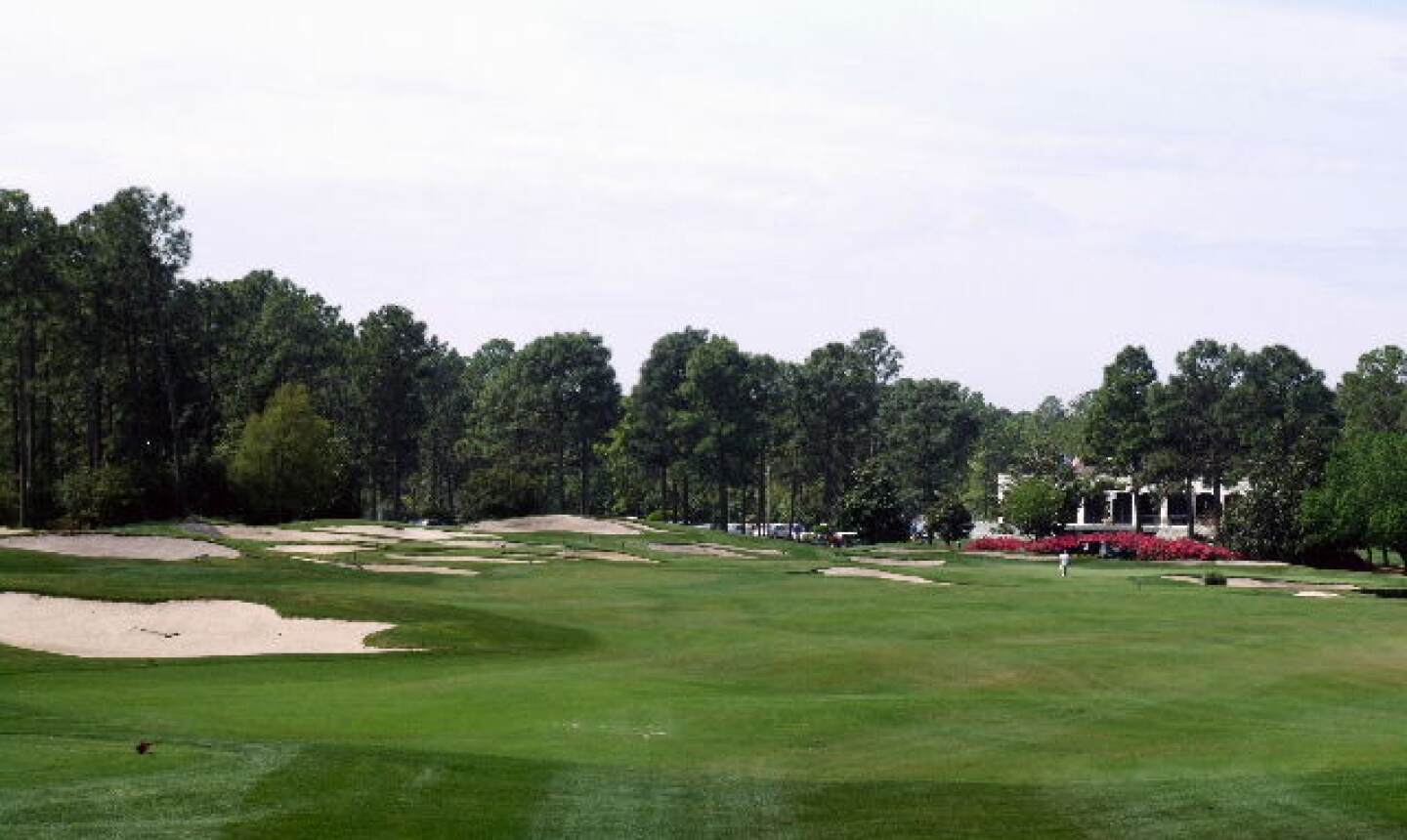 There are more than 40 bunkers on the 18th hole at King's North at Myrtle Beach National. Brandon Tucker/Golf Advisor 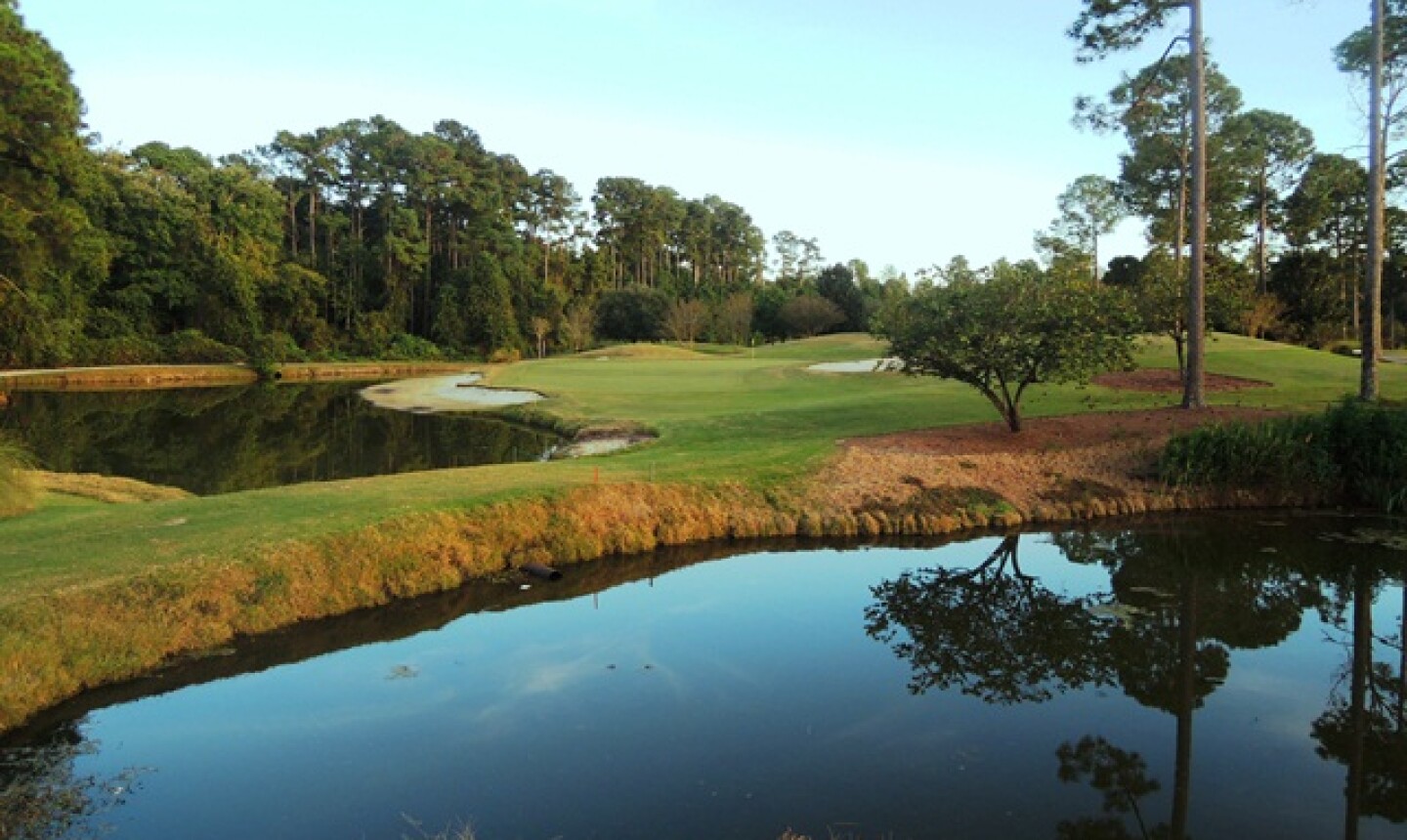 MYRTLE BEACH, S.C. -- The signature of the three golf courses at Myrtle Beach National, King's North, has long been considered one of the area's best with its championship layout, white sand bunkers, beautiful lakes and ponds and premium conditions.

Perhaps the biggest challenge it has had over the past 25 years has been maintaining its bentgrass greens through the hot summer months. To solve the problem, National Golf Management, which runs King's North and more than 20 other Prime Times Signature Courses in the Myrtle Beach area, replaced the bentgrass greens with Champion Bermuda. The golf course closed at the end of June 2012 and reopened in September with the new surfaces.

"We have had wonderful growing weather this summer," said Max Morgan, National Golf Management's director of agronomy. "The entire staff at Myrtle Beach National deserves recognition for a project that has turned the greens at King's North into great year-round putting surfaces."

They won't be as good as bentgrass in the winter, but the Champion Bermuda greens will certainly fare better the rest of the year, which is when the majority of people come to play golf in Myrtle Beach anyway.

They will also be firm for a while, but good shots hit off the fairway do hold. It just forces golfers to put a little more thought into where they want to miss the greens and how they approach the short game. Best of all, just after they opened the greens already looked mature and were running true.

King's North is more than greens

Of course, while the greens should be good at this Arnold Palmer signature design for some time to come, the rest of the course is good, too. There's water on more than half the holes, huge bunkers everywhere, a few waste areas and plenty of trees, doglegs and visual appeal to what has become one Myrtle Beach's favorite golf courses.

King's North has earned 4.5 stars on Golf Digest's "Places To Play" list and has been named a part of the "Top 100 For Women" list by Golf For Women magazine. The latter is certainly in large part because there are seven sets of tees, ranging from 4,816 yards to 7,017 yards. This course can play as easy as you want to play it. Move to the front, and many of the forced carries are eliminated. But tackle it from the tips and you've got a great test of golf with a rating/slope of 74.2/139.

Perhaps the best known hole on the course is the par-5 sixth, which singer Kenny Rodgers appropriately named the "Gambler" in 1996. It's one of the few courses in the world with an island fairway. That fairway is optional, with a bridge connecting it to another fairway on the right. Players who risk hitting this 568-yard hole in two aim for the island. Those who want to try it in three shots take it down the right side. Either way, it's the No. 2 handicap hole on the course.

There are plenty of other memorable holes as well, including par 3s that are all carry over water, a par-4 approach that's completely fronted by water and sand and the finishing hole, which has more than 40 bunkers.

King's North is one of Palmer's most memorable golf courses. Every hole plays differently, and you really do have to think about the shots. More than that, though, the course is beautiful, cut out of the Carolina Pines and wetland. Wildlife keeps you company throughout, and there are absolutely no houses on this trek through nature.

This is also as unpretentious as a golf operation gets. The friendly staff knows how to move golfer through a facility. Inside, you'll even find a cafeteria-style dining facility, where golfers can quickly load up on refreshments between nines.

Practice facilities are more than adequate with a large grass range and short-game area. Lessons are available from the PGA staff, and the large golf shop is well stocked with gear and apparel at reasonable prices.