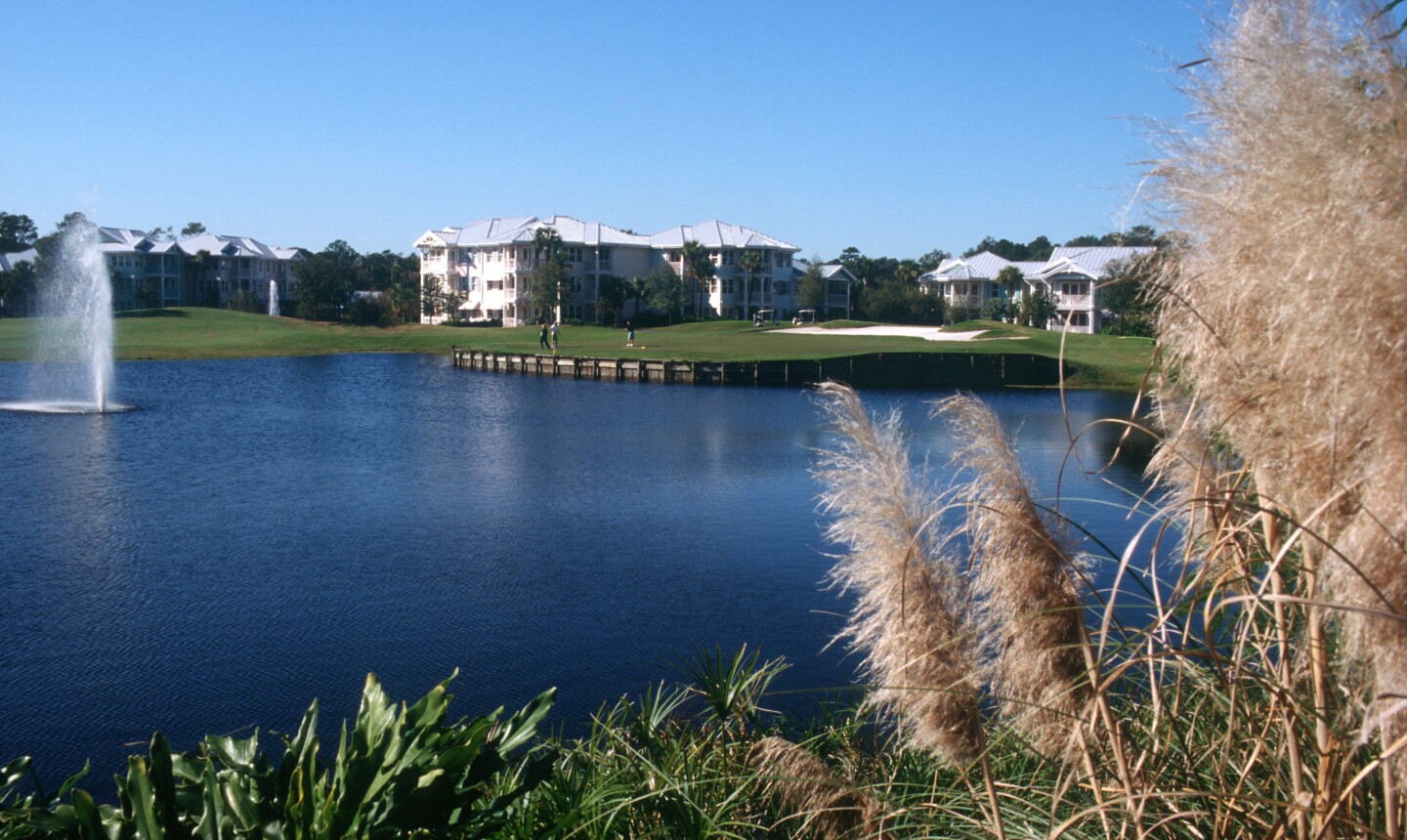 Lake Buena Vista Golf Course, in the heart of Disney World, has no shortage of dramatic shots over water. Courtesy Disney 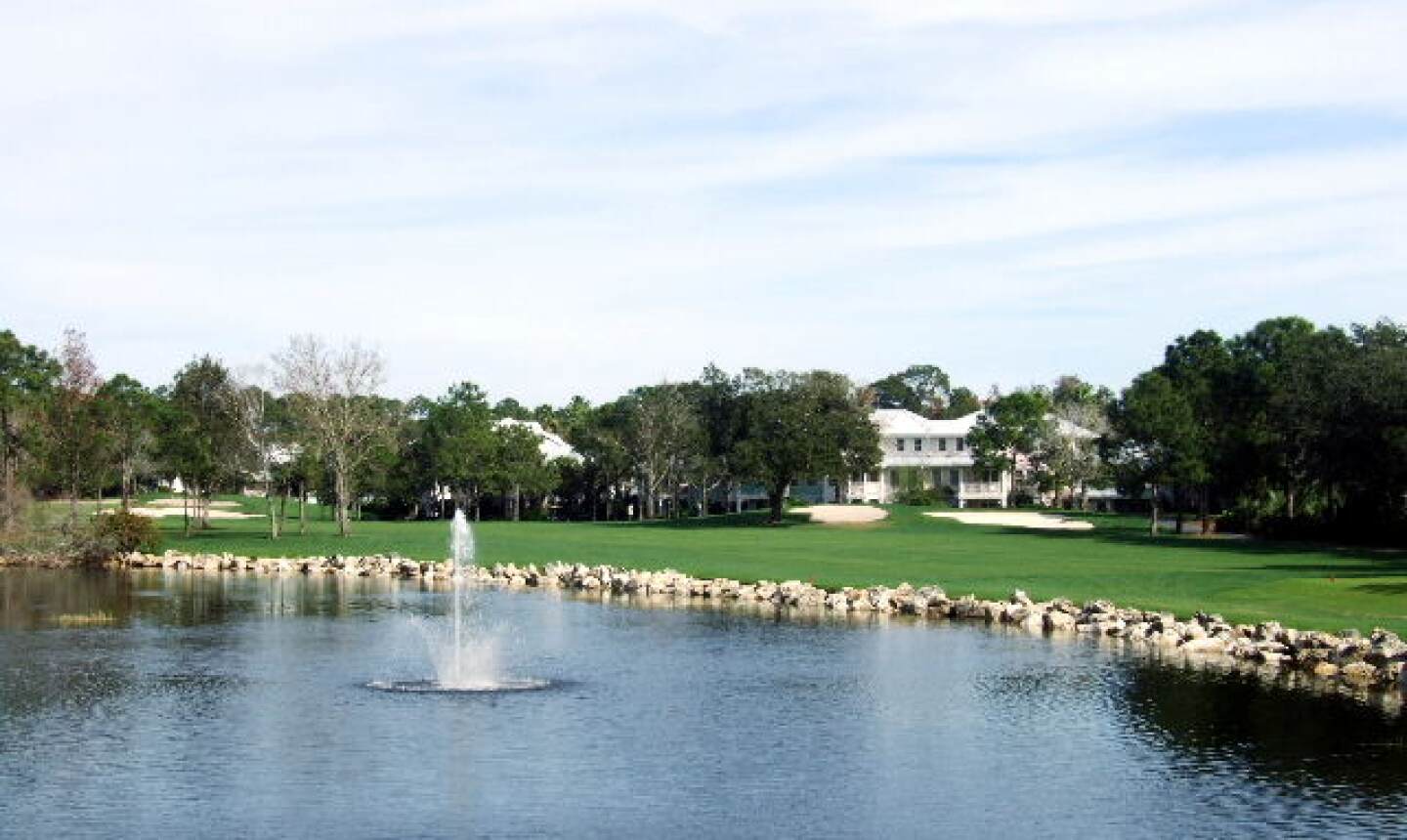 Longer hitters will be salivating on Lake Buena Vista's fourth tee, where you can cut the corner over trees for a short pitch shot onto the green. Brandon Tucker/Golf Advisor 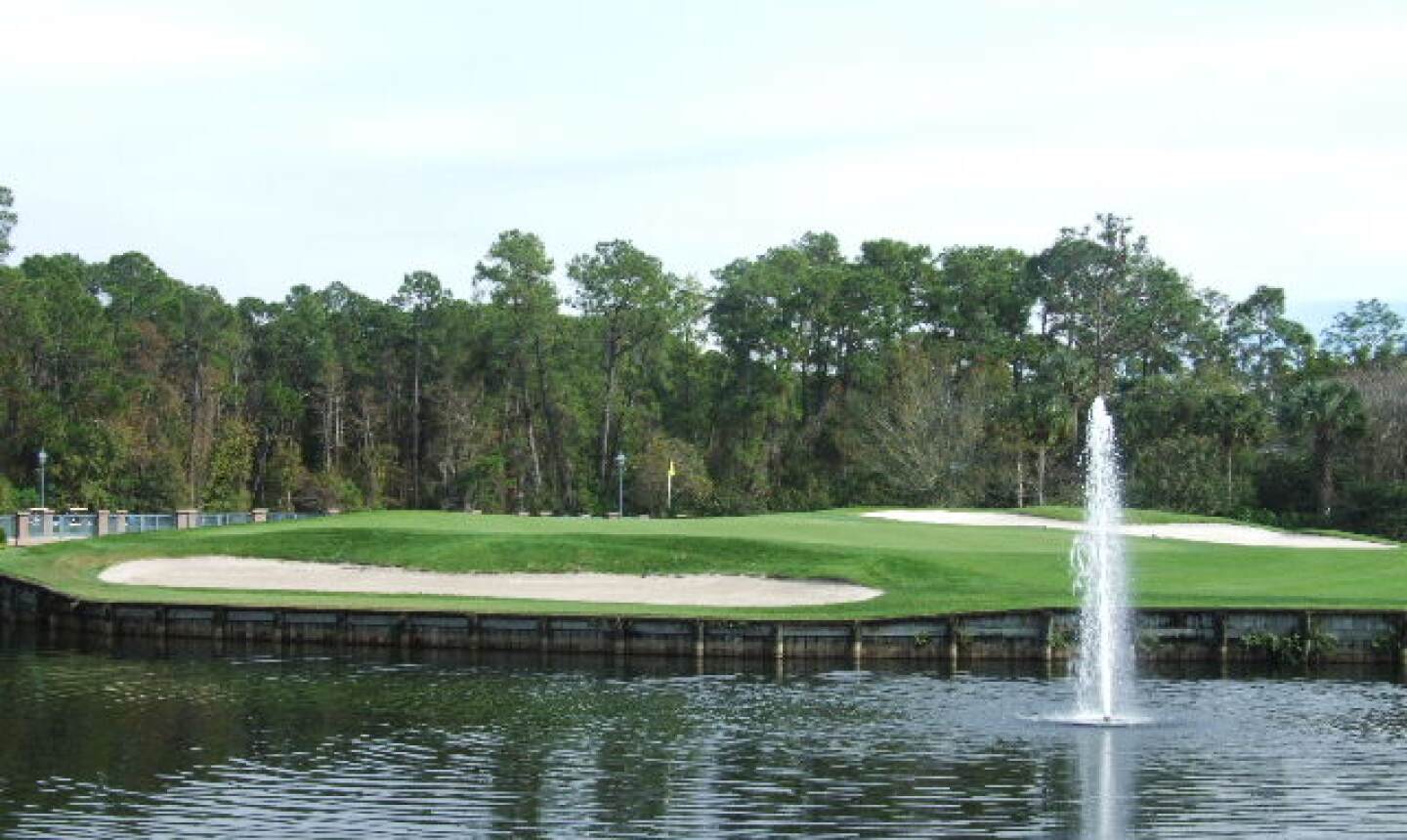 One of the most memorable shots at Lake Buena Vista Golf Course: the short par-3 seventh hole to an island green. Brandon Tucker/Golf Advisor

LAKE BUENA VISTA, FLA. - Lake Buena Vista Golf Course may not be in the rotation of Walt Disney World's annual PGA Tour Event, the Children's Miracle Classic, like nearby Palm and Magnolia. It might also not be the newest, most visually striking of the bunch like Tom Fazio's Osprey Ridge.

But a lot of golfers who have played Disney will tell you that Lake Buena Vista, opened in 1972 and located in the heart of Walt Disney World, still holds its own among the four Disney World golf courses, in both memorability and difficultly.

"I thought it was a pretty tough course," noted Jennifer Dufreyne, a 15-handicap golfer from British Columbia. "I almost shot 100, but I didn't lose any balls."

Other golfers might not be so lucky to maintain their ball supply after a round at Lake Buena Vista. Water is a factor on 11 holes, helping to protect par on Disney's shortest of its four championship courses at 6,829 yards from the championship tees.

Of all the courses at Disney, Lake Buena Vista is the one that will make you feel the most like you're in the heart of the action, located in the shadows of the Disney Institute and Downtown Disney. A series of canals filled with tour boats and water taxis pass by on several holes, filled with passengers who serve as a temporary gallery. It seems customary here for foursomes on the tee to wave to their onlookers and vice versa. This is Disney World after all, where everyone is usually in good spirits.

The majority of Lake Buena Vista's front nine weaves through the Old Key West Resort. The par-4 fourth hole is the first of several spectacular holes. From an elevated tee, you must drive over water on this tight dogleg left, but daring, longer hitters can clear the trees on the left side for a better angle and simply wedge shot into a green, which can feature some tucked, difficult pins.

Then comes back-to-back island greens on the sixth and seventh. The par-3 seventh hole may be the most dramatic shot here, requiring just a wedge or so over the water to a large, wide green.

The back side takes on a bit more of a wooded, natural look, with more tree-lined holes than the front side.

"The 14th hole was my favorite," said Jennifer Shepherd, an 8-handicap, referring to a narrow par-5 that features a collection of Cypress trees along the fairway. "The scenery was nice, and it had a great risk-reward element to it."

In 2007, Lake Buena Vista was the latest of the four Disney courses to receive a facelift, which included laser-leveling of tees, a new bunker and the installment of TifEagle Bermuda greens. The new greens have taken to the course very well. On this visit in mid-January, putting surfaces were ideal - as with each Disney course visited.

There are a few modest holes here that might slip your memory, but there are some that are really special and worthy of being considered your personal favorite. Shorter hitters will appreciate slightly shorter yardage (5,919-6,264 yards from the senior and men's tees) compared to the other three Disney courses.

Peak season greens fees are $149. Walt Disney World Resort guests receive discounted rates and complimentary transportation to and from the course. Each Disney course features GPS in its golf carts.

Lake Buena Vista weaves through the Old Key West Resort, a Deluxe Villa Resort, which features condo-style suites ideal for families and golf groups. Guests interested in the villas option but who are looking for a more festive atmosphere should also consider the Boardwalk Resort, which features the ESPN Club. Two-bedroom villas can accommodate up to eight guests.

The Polynesian Resort is a Pacific-themed village that features tiki torch-lined walkways and tropical vegetation on its grounds. It also boasts a fantastic location for both golfers (located across the street from the Palm and Magnolia) and families, as it's on the monorail line, which offers access to the Magic Kingdom and Epcot in minutes.

Lake Buena Vista is the only course at Disney to have hosted both a PGA and LPGA Event (BellSouth in 1996-97) in its history. 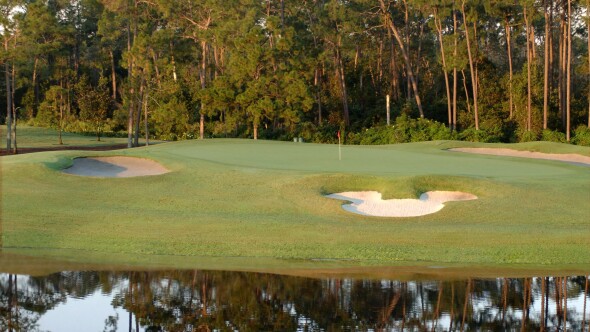 Articles
More than theme parks and cartoon characters: Disney World scores for golfers too
For the Walt Disney World Resort, and for that matter all of amusement-rich Orlando, golf can get lost in the array of amusements and high-octane kids. But golf shouldn't be an afterthought for visitors to Disney, because it's foursome of golf courses are among Florida's best.
3 Min Read