More than Mickey: Disney scores with PGA-caliber golf courses too 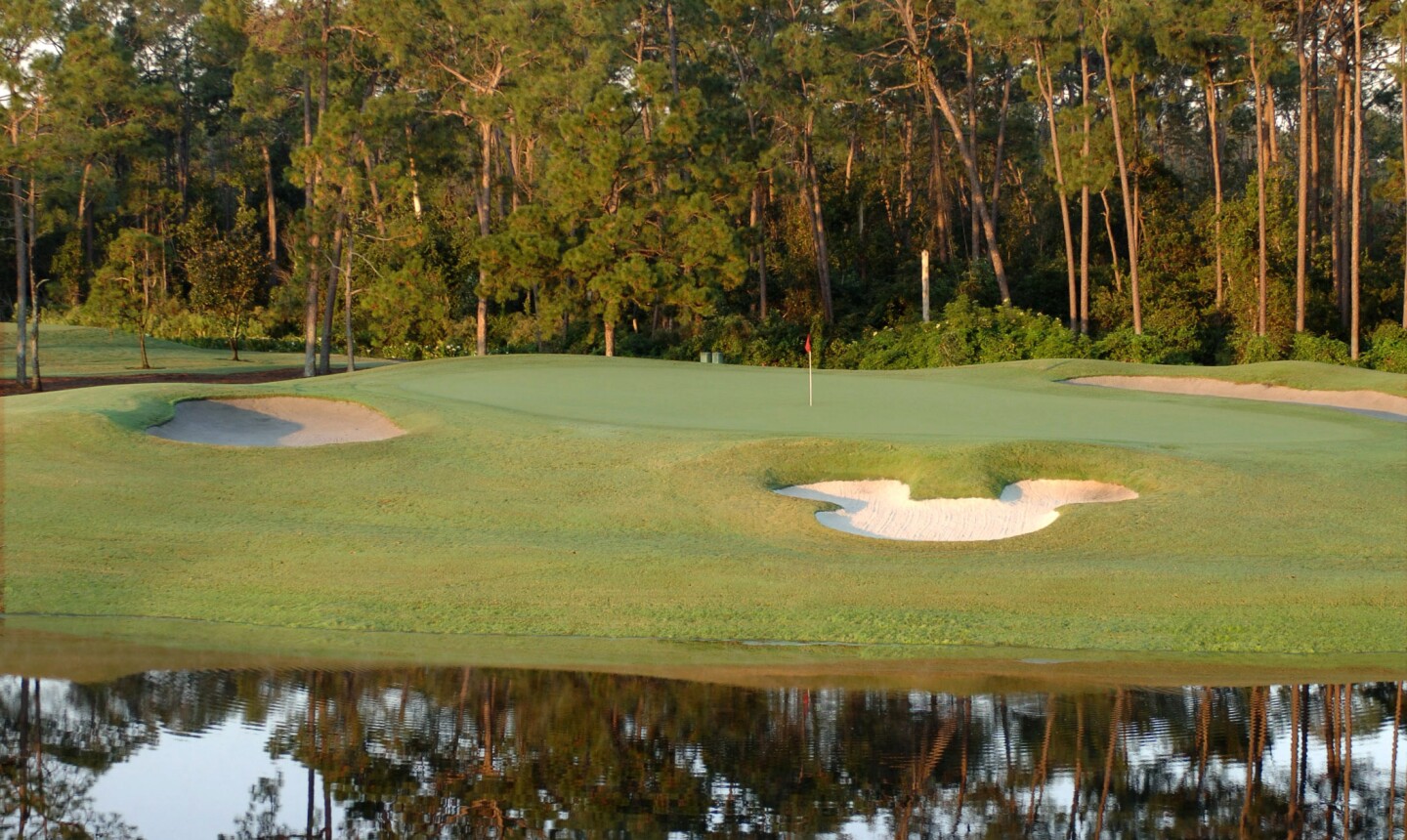 The Walt Disney World Resort near Orlando has four reasons to skip the theme parks for golf. Courtesy Disney 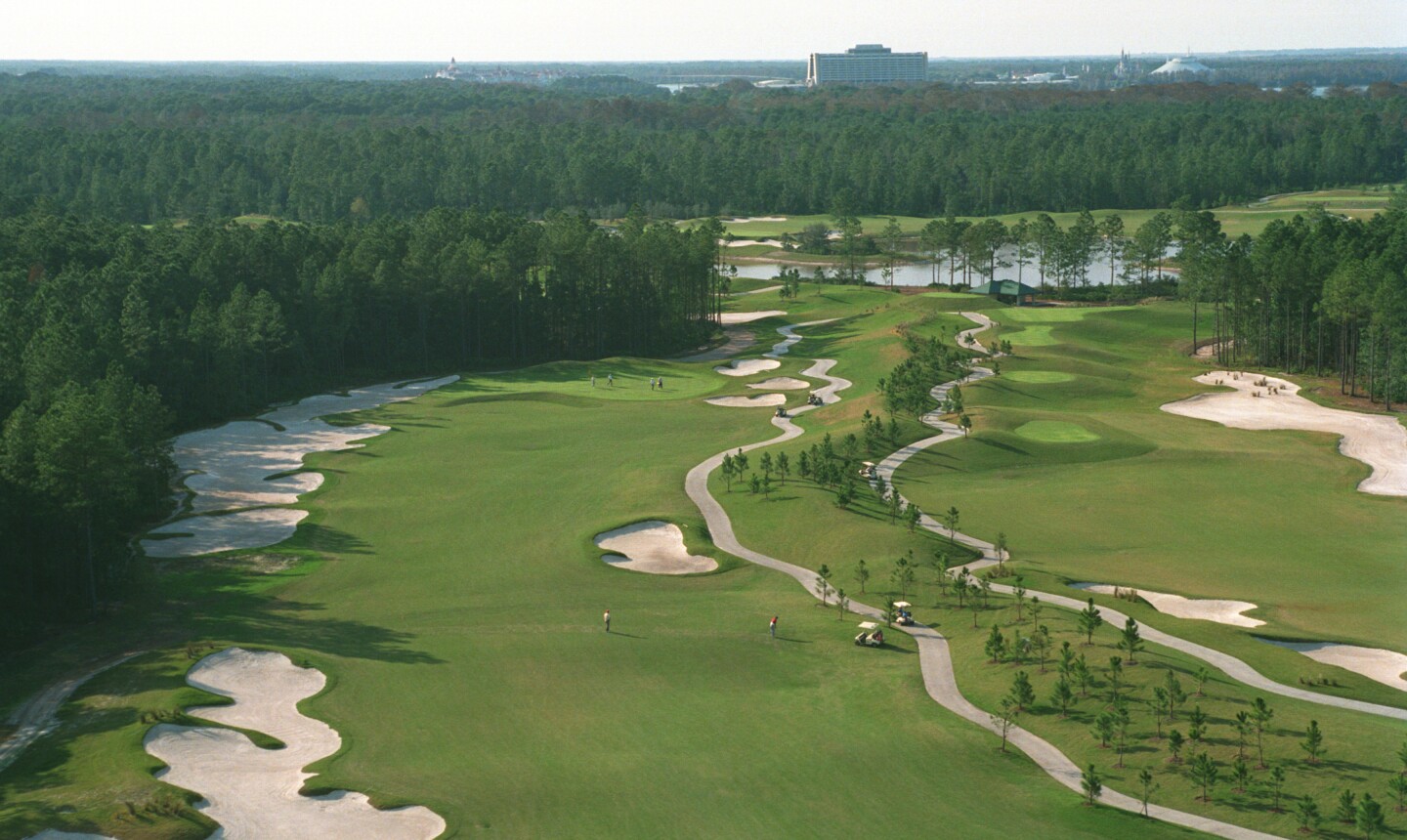 It's hard to believe all the theme parks of Disney World are just minutes away when you're on Tom Fazio's secluded Osprey Ridge. Courtesy Disney 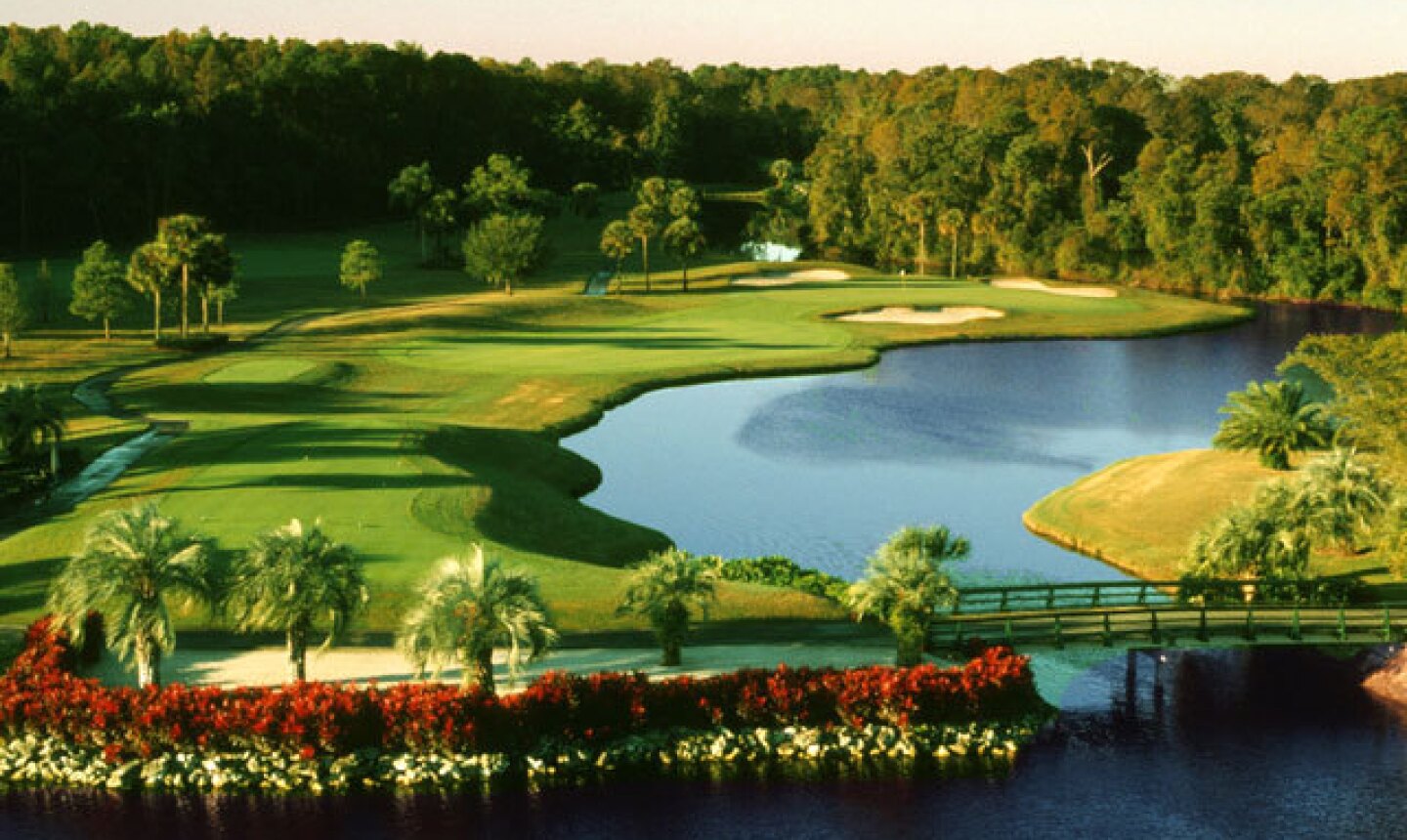 The Walt Disney World Resort is known for its amusement parks and attractions. But its golf courses - the Magnolia, the Palm, Osprey Ridge, and the nine-hole Oak Trail - also have a strong reputation, boasting diverse layouts and a long PGA Tour history.

Mickey is simply a global icon for fun, innocence and America's Golden Age. But Mickey doesn't immediately conjure up images of golf. Forgive him for that, he can't do it all.

For the Walt Disney World Resort, and for that matter all of amusement-rich Orlando, golf can get lost in the array of amusements and high-octane kids.

But golf shouldn't be an afterthought for visitors to Disney, because it's foursome of golf courses is among Florida's best Golf at Disney World has been around as long as Cinderella's Castle. When the Magic Kingdom opened in October of 1971, two golf courses next door opened up along with it. The PGA Tour was competing on its courses by that December and has never left.

In 2008, it's hard to nail down a certain type who plays the Disney courses.

"It's not uncommon during certain times of the year for a men's group to come down to play," said Kevin Weickel, head professional at Disney. "Then behind them on the course is a family and behind them are aspiring mini-tour professionals.

"It's a testament to the courses that they are a challenge but also fun to play."

The Golf Courses at Disney World

The resort's flagship golf facility features sister courses the Magnolia and Palm, both built by Florida-favorite architect Joe Lee. Both are used in the annual culmination of the PGA Tour's Fall Series, the Children's Miracle Classic presented by Wal-Mart. The tour pros alternate courses in the first two rounds before playing out the weekend on the Magnolia.

The signature Mickey ears-shaped bunker on the par-3 sixth hole aside, the Magnolia course isn't child's play. Pros tee it up at over 7,500 yards, and the middle tees are still a demanding 6,600-plus. Despite the length, the tour pros still find plenty of birdies out here, a result of Disney's friendly greens, offering a smooth, fast roll on relatively flat putting surfaces.

"When the Tour event comes in November, they're as pure as it gets," said Wieckel, who added that the new TifEagle Bermuda greens reach speeds up to about 12 on the Stimpmeter during the event. "The pros really love them. One of the reasons the score is so low is the greens are so pure with minimal undulation they really start rolling them in, and it's fun to watch."

The Palm course is right next door but takes on an entirely different identity visually versus its neighbor. It looks like a south Florida course complete with countless Palms sprinkled throughout the course around large ponds with sprouting fountains in their centers. It's certainly the more photogenic of the two original courses, and mid-handicappers will appreciate more scoring chances here versus the "Mag."

Located near Downtown Disney is the Lake Buena Vista course, which opened a year after the Palm and Magnolia. Lake Buena Vista takes a more community resort feel, winding through the Old Key West Resort and a series of canals, where boats pass by with curious eyes watching your tee shots. Though it is usually the most overlooked of the four championship courses at Disney, it's the only one that holds the distinction of having hosted a PGA and LPGA Tour event.

Architect Tom Fazio's Osprey Ridge course is the most visually stunning of the Disney foursome. Fazio tossed more than a million cubic yards of dirt around, which created a running sand ridge through the middle that gives the course more of a rolling South Carolina terrain than flatter Floridian land.

While the other three courses don't hide the fact you're in the heart of the action in Disney World, at Osprey Ridge you're in another world of seclusion. By the back side, you may even finally stop humming that "It's a small world after all" tune you picked up at the parks the day prior.

Of course, Disney isn't going to forget about the kids either. For them, there is the Oak Trail course, a modest nine-hole, par-36 walking course that weaves around the Magnolia and features holes ranging from 136 to 517 yards. It's also a favorite for those who only have about two hours to squeeze in a quick nine holes before business or family commitments.

Kids may not see the golf as exciting as Space Mountain or the Tower of Terror. But for the golfer, it's good to know their own set of thrills is just around the corner at Disney.