Just how small are the greens at Pebble Beach Golf Links?

The 2019 U.S. Open host will demand precise iron play of its competitors.

Whoever wins the 2019 U.S. Open at Pebble Beach Golf Links will have to be a great short-iron player. At an average of 3,500 square feet in size, these are the smallest putting surfaces in championship golf and thus demand precise approaches.

Incoming shots that might otherwise find the putting surface on larger greens will end up here in steep bunkers or gnarly surrounding grass. That places a demand on imaginative recovery. And the need to hot controlled approaches also has a back-up effect on drives, since players know that missing a fairway will make it harder to control an approach shot from the rough.

The smallest green out there is at the par-4 11th hole, a minuscule 2,200 sq. ft. The largest is at the par-3 17th, where the figure-eight putting surface is a relatively expansive 5,123 sq. ft, though it effectively functions as two greens since it’s girdled down at the middle.

When the course was built in 1919, greens generally had a lot of slope to create surface drainage. Over the years, as mowing heights came down and green spends went up, those old surfaces began to lose hole locations. Case in point: Pebble Beach's 14th hole, a par-5 that by the 2010 U.S. Open only offered hole placements in the top-left quadrant all four days. In 2016 the green was expanded by 25 percent to 3,755 square feet. It was also softened along the back and now provides for usable spots for holes along a wider swath, including a front center position just above the false front. 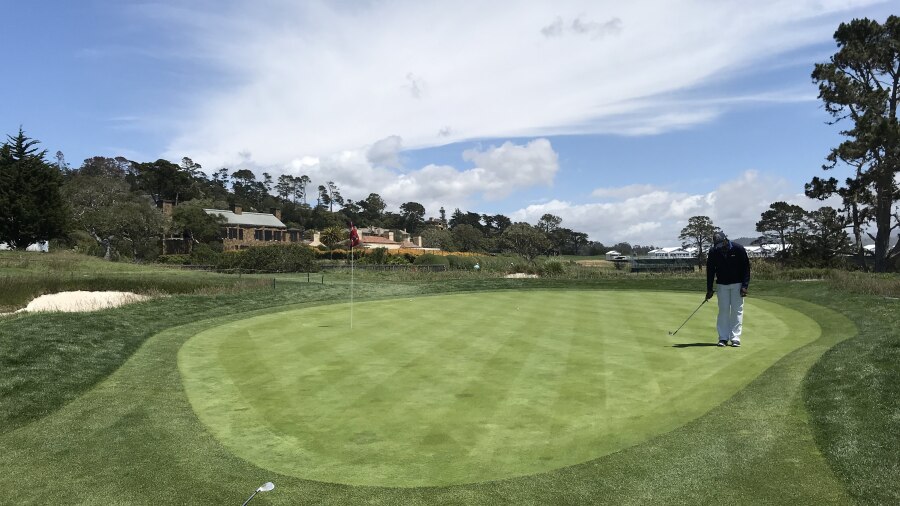 4th hole green at Pebble Beach, one of the smallest among many small putting surfaces here. Brandon Tucker/Golf Advisor 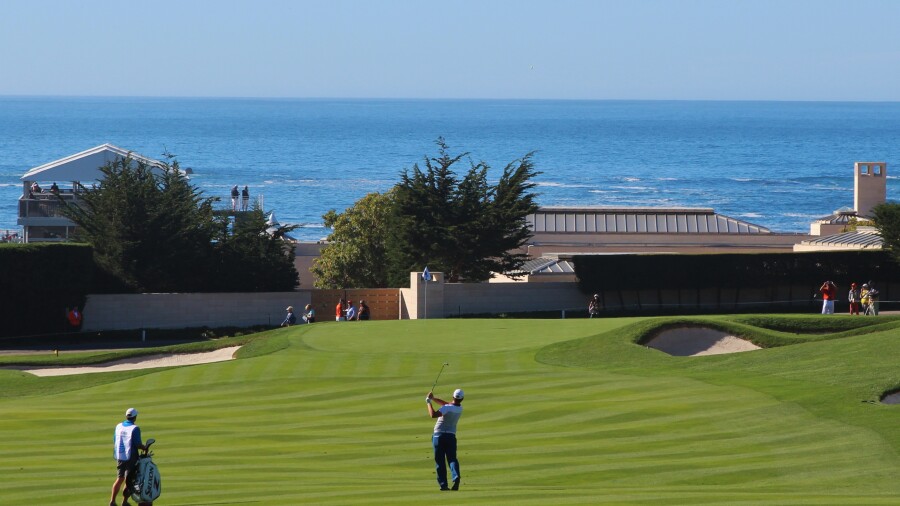 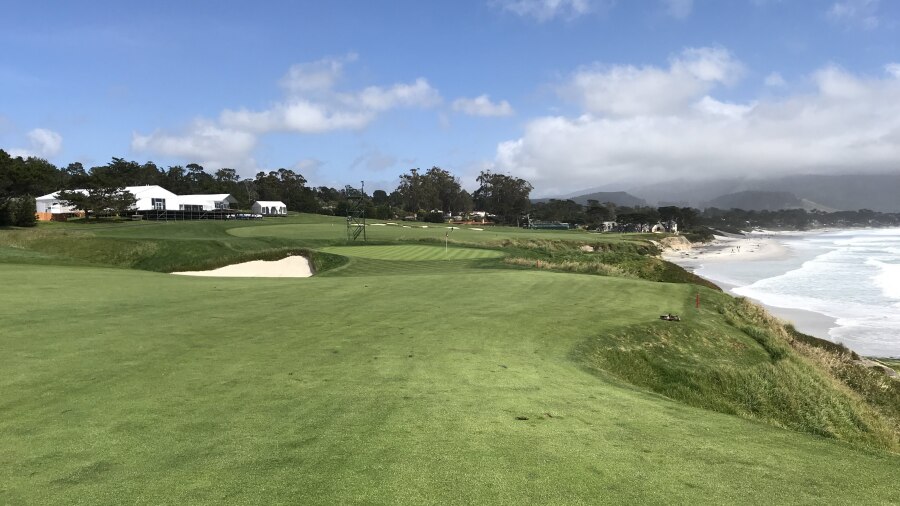 View from the fairway of the small, 9th green. Brandon Tucker/Golf Advisor 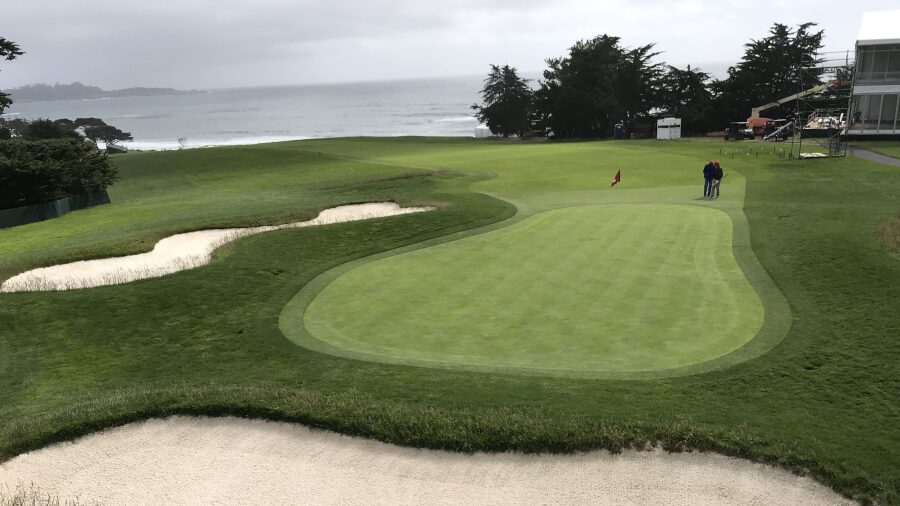 View from behind the 11th green: One of the tougher greens at Pebble Beach. Stay below the hole at all costs. Brandon Tucker/Golf Advisor 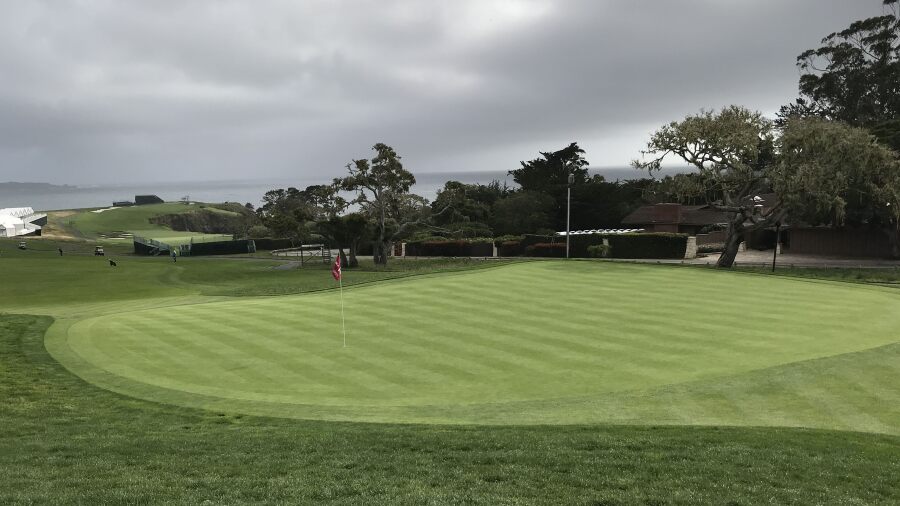 The par-5 14th green has been enlarged on the left hand side prior to the 2019 U.S. Open Brandon Tucker/Golf Advisor

Insider Guides
1 Min Read
Insider's Guide to planning a Pebble Beach golf vacation
Pebble Beach Golf Links and the Pebble Beach Resort hold special reverence in the golf world. Every golfer who hasn't been wants — and ought — to make a pilgrimage there. With the exception of St. Andrews, no place in golf conjures the sport's allure like Pebble Beach. To utter the name is to summon images of water crashing the sea wall, land's end par threes like the 7th and 17th, a glorious finishing hole that wraps around the rocky beach, and a storehouse of history and lore.
By Golf Odyssey
Architecture

Tim Gavrich
Senior Writer
Now Reading
Just how small are the greens at Pebble Beach Golf Links?
Search Near Me