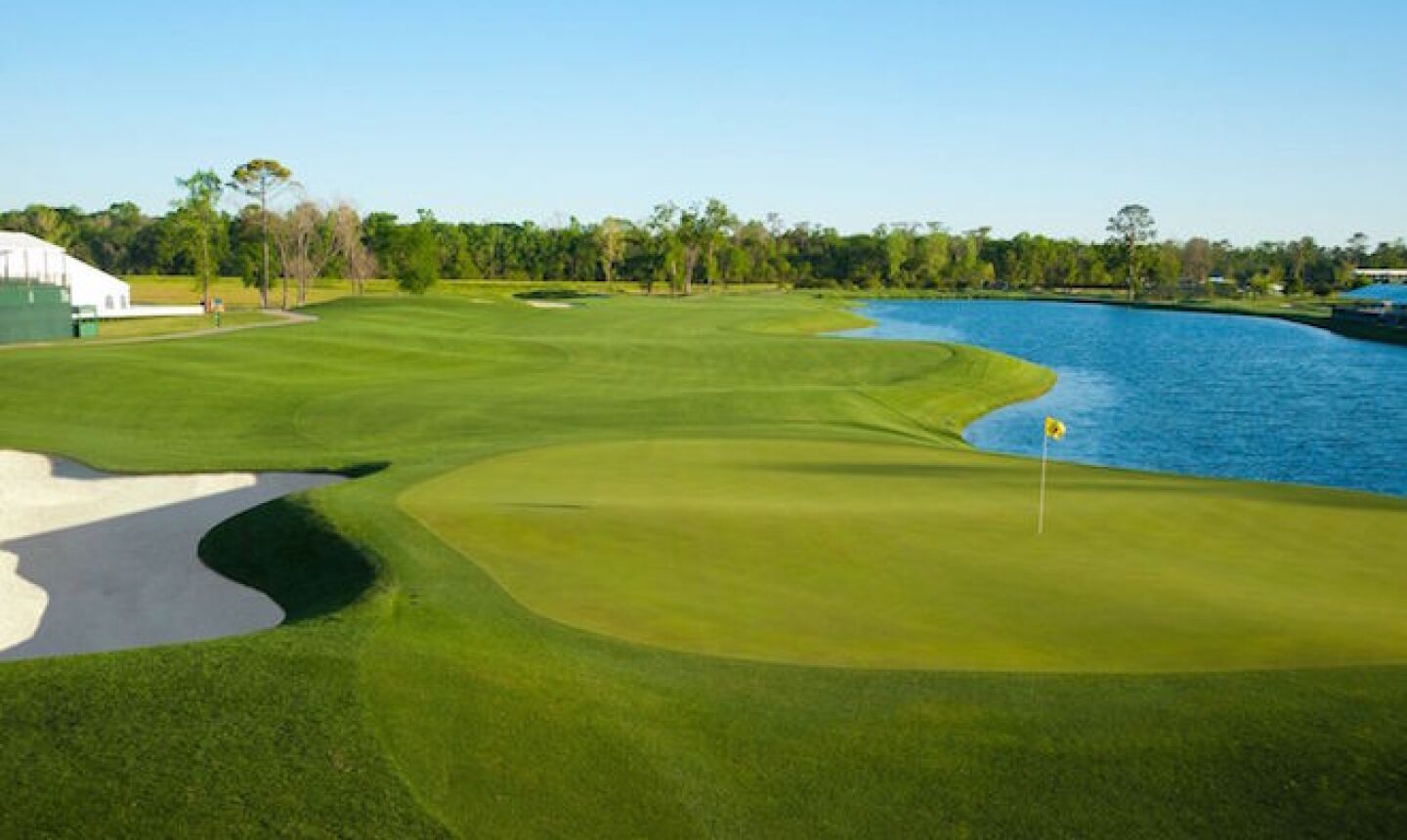 This week marks the second consecutive week where the PGA Tour is teeing it up in the Lone Star State. Once again, the course they're playing is one you can play too. Sort of...

Formerly known as Redstone, the Golf Club of Houston has hosted the Shell Houston Open since 2003. But this particular course has only hosted the event since 2006. For the previous three years, the club's other course, the Peter Jacobsen/Jim Hardy-designed Members Course, held the honor.

The Tournament Course is a Rees Jones effort that ranks as one of the PGA Tour's longest tests, at 7,400-plus yards. But because the event usually falls (as it does this year) the week before the Masters, tournament officials will usually keep the rough short, in order to mimic Augusta National's "second cut" and make the event a more attractive warm-up for the year's first major.

The length of grass is about all the courses share in common, though, as the Tournament Course is relatively flat and open, with lakes and wetlands dominating play on more than half the holes. Green fees top out around $175, and forecaddies or walking caddies are available for an additional fee, for those who want the "Tour experience."

If playing a PGA Tour course doesn't hold much intrigue to you, you might be underwhelmed by Golf Club of Houston's Tournament Course, where positive reviews tend to focus more on excellent conditioning than the design, which is fairly typical of Rees Jones' more recent work--big, multi-section greens, lots of sand and water. The layout does not make Golfweek's top-15 list for Texas public courses, nor does it appear on the similar list furnished by Golf Digest, but it ranks 13th on GOLF Magazine list of Texas' best public tracks. We're certainly not saying it's a bad course, but it may not blow non-PGA Tour venue completists away.

As big a place as it is, the Houston golf scene is not overflowing with top-flight public options. Beyond the Golf Club of Houston, the area's best public course may be the municipally-owned Memorial Park, where green fees scarcely top $40. BlackHorse Golf Club, a 36-hole facility in nearby Cypress with two Jacobsen-Hardy courses, sits in the middle ground between Memorial Park and Golf Club of Houston, green fees-wise.

Do you live or vacation in the Houston area? How do you like the Golf Club of Houston's Tournament Course? Any must-play courses we neglected to mention? As always, let us know in the comments.

I played GC of Houston a few years ago on an afternoon rate and found it to be a worthwhile experience. Conditions were good, good service, nice range, and my forecaddy was knowledgable and an entertaining character. The layout, while flat, is challenging enough with plenty of water and hazards. The greens were in great shape. I always love playing where the Tour plays, makes future viewing experiences that much more personal. I'd question the value of most courses costing nearly $200, but it felt worth the fall afternoon fees to me. I also unknowingly happened to make a tee time during a Houston Texans home game during a late season playoff run, so I nearly had the place to myself, which certainly helped my opinion. Nice pro shop and grill too.