Plenty of courses are new and improved in the Naples, Florida golf scene for 2017 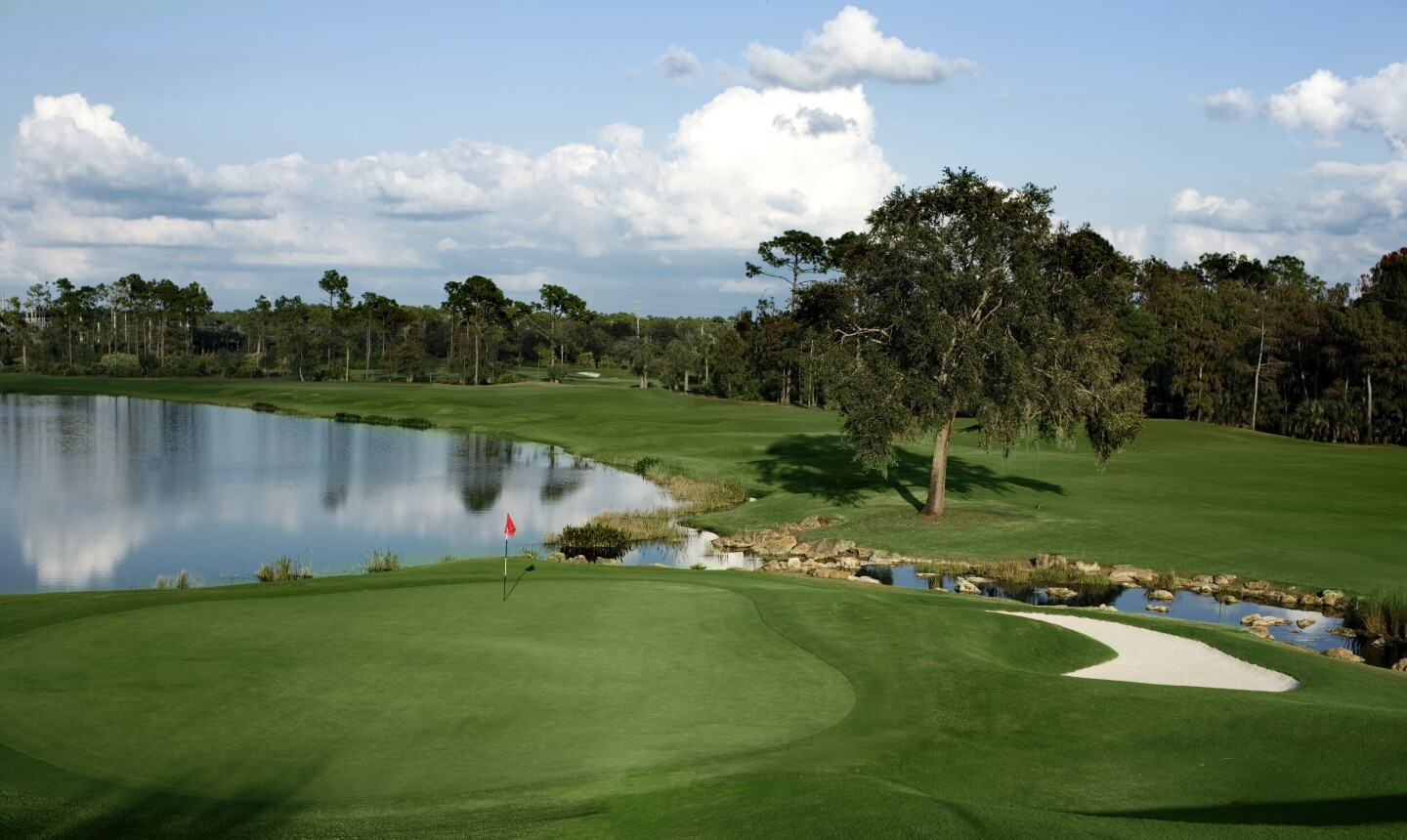 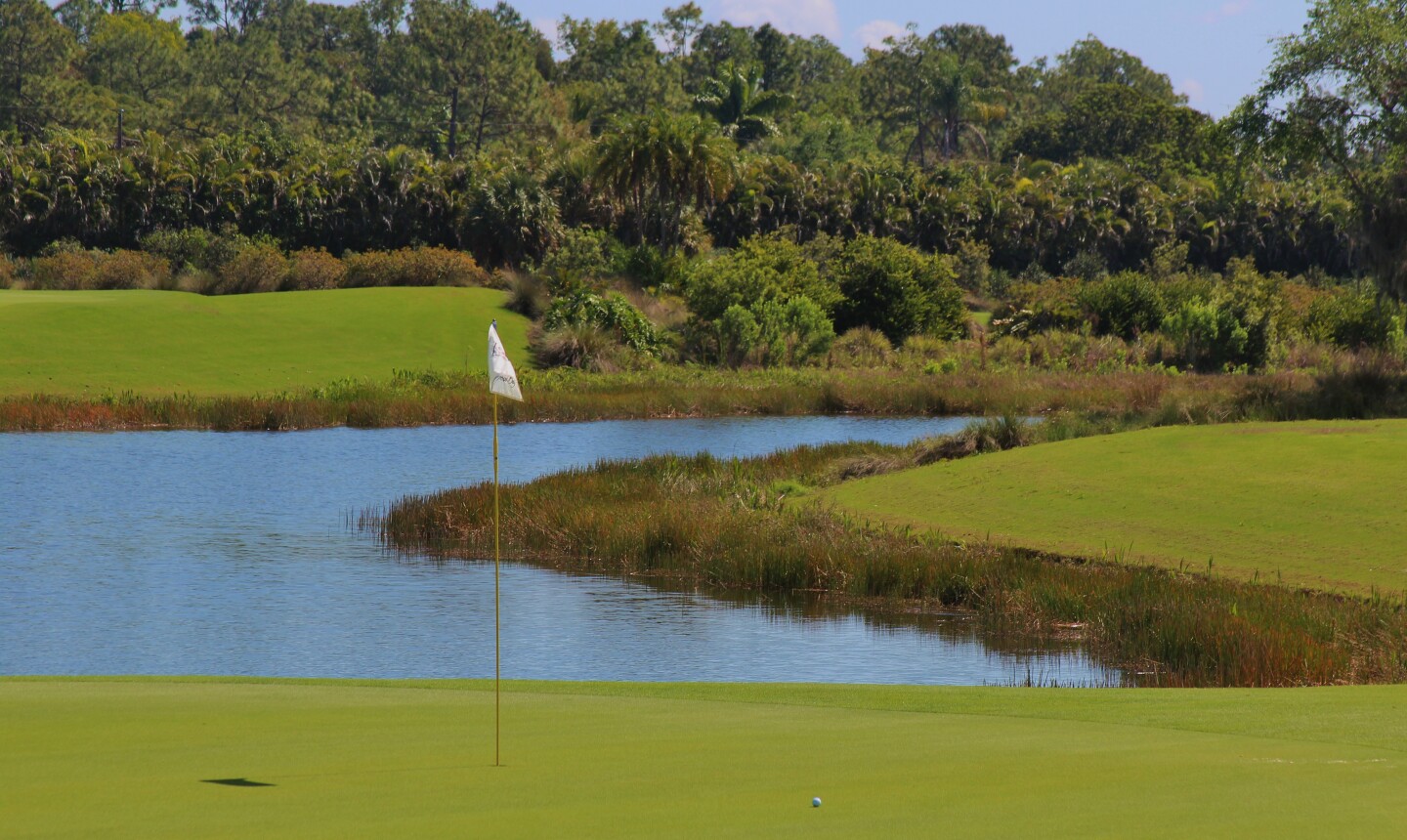 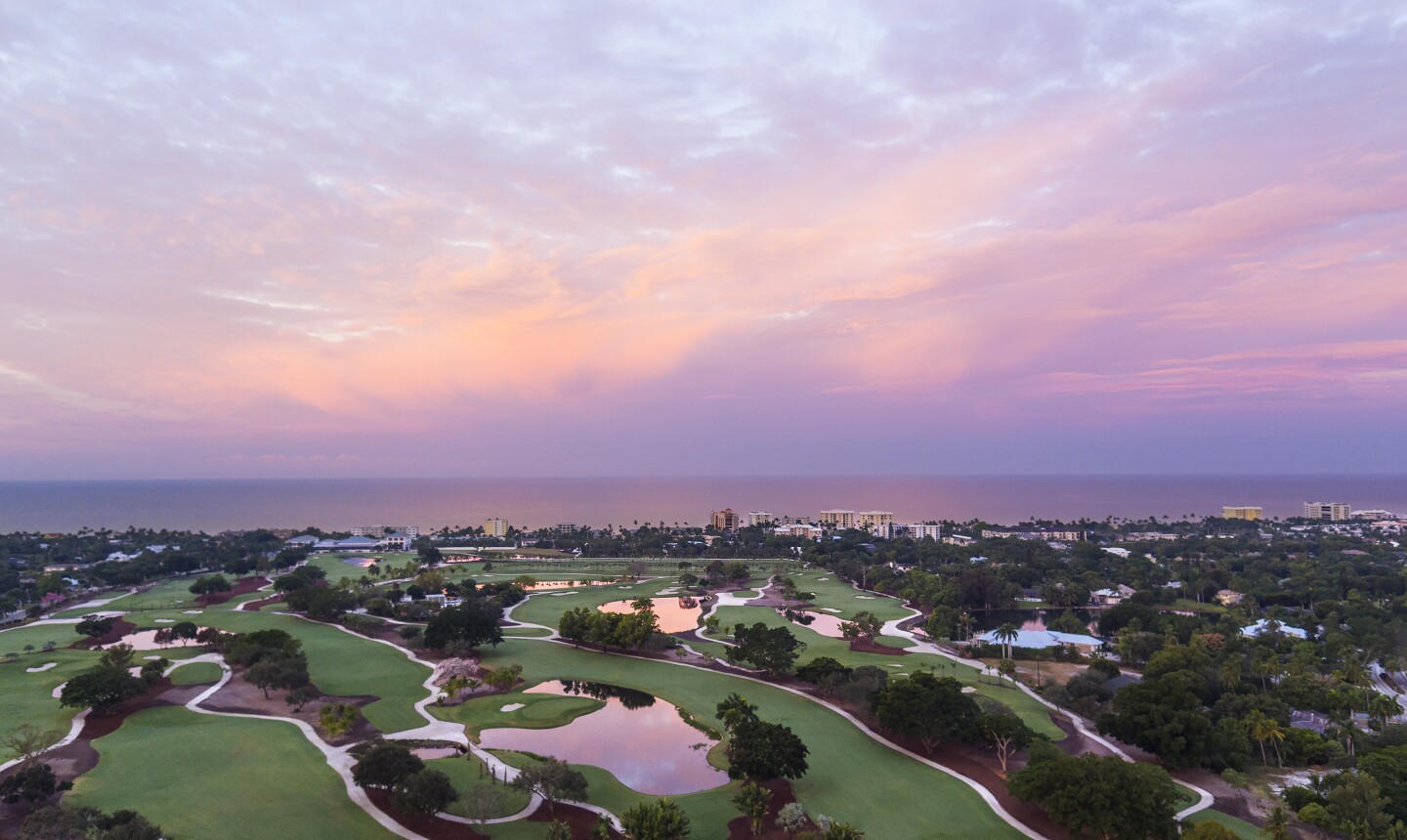 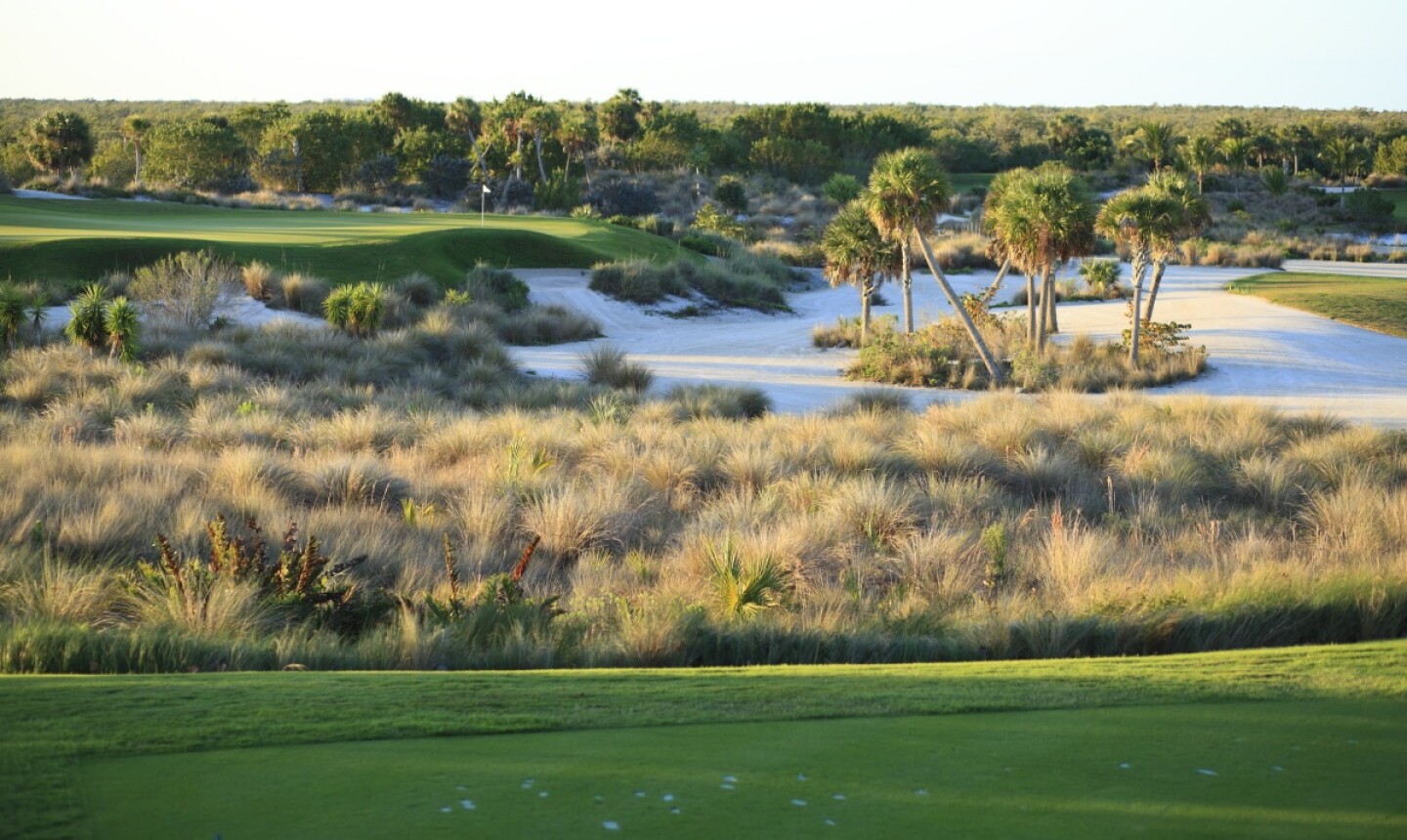 Few golf destinations get slammed with winter snowbirds as hard as Naples, the epicenter of southwest Florida.

I've visited Naples in winter several times over the past decade, staying at a family condo in nearby Bonita Springs. My December trips have felt like the calm before the storm. The tee sheets, roads and restaurants run smooth with few hassles.

Come early January through April, however, it's a whole different universe. You need to do everything early -- leave the house early, make dinner reservations early, snag tee times early, etc. -- or risk getting left out of the fun.

To prepare for the hordes, several notable area courses and resorts have made significant improvements. Here's where:

When I played at The Naples Beach Hotel & Golf Club in 2010, I was decidedly underwhelmed. The mostly flat site was a collection of holes hemmed in by modern development. The 6,400-yard routing dating to the 1920s looked tired, even though resort management had touted recent alterations such as leveling tees and resurfacing greens. It was a perfectly fine public course, but when compared to the multitude of private clubs around town, it lagged behind the competition.

Something needed to change. A hero has emerged. The most accomplished golfer of all time has come to its rescue. Jack Nicklaus was 11 years old when he broke 40 for the first time, shooting a 37 on the course during a family vacation in 1951. The scorecard is archived in the Jack Nicklaus Museum, the 24,000-square-foot facility on the campus of Ohio State.

Six decades later, Nicklaus has collaborated with architect John Sanford on a $9 million redesign that last from April to November. Their efforts stretched the course to nearly 6,900 yards, despite having just 125 acres at their disposal. Firm and fast fairways lead to new greens contoured to accept bouncing approach shots. Many trees were cleared out and replaced by palm trees to give the property a more tropical resort feel. The signature 16th hole is a Redan-style par 3 ending at a peninsula green. A new 300-yard practice and teaching range and new carts with GPS tracking systems will improve the whole experience.

"I think those who have played The Naples Beach Hotel & Golf Club before are in for a pleasant surprise," Nicklaus said in a statement. "I believe the golf course has been transformed into a fun, exciting, aesthetically pleasing layout, largely due to hard work of John Sanford and our own David Savic. I think the end product is something people will enjoy and have fun with in the Naples area for many years to come."

The Gold Course at Tiburon Golf Club at the Ritz-Carlton Golf Resort in Naples -- the host course of separate PGA Tour and LPGA Tour events -- heads into high season fresh off of a renovation by original architect Greg Norman.

The course, which dates to 1998, underwent extensive greens, turf, irrigation and bunker revisions since May. Fairways have been re-grassed with celebration Bermuda and the greens with Tifeagle Bermuda. Expanded green surrounds present more shot options as well. Many of the original stacked sod wall bunkers were rebuilt with a striking new synthetic sod wall bunker system by Durabunker.

After last week's LPGA Tour's CME Group Tour Championship comes the PGA Tour-sanctioned Franklin Templeton Shootout from Dec. 8-10. Tiburon has hosted the LPGA Tour since 2013 and the only two-man team event on the PGA Tour since 2001. The Gold Course reopens for member, guest and daily-fee play Dec. 12.

Two of the premier semiprivate clubs in Naples have new clubhouses ready for golfers.

The grand Tuscan-themed clubhouse at TPC Treviso Bay sat as a partially built eyesore for years but finally debuted in October. The open and airy interior boasts rustic-beamed ceilings and oversized windows to view the veranda overlooking the ninth and 18th holes. Walnut cabinetry enhances the pro shop. The men's locker room is a haven for members and guests. Lunch is served daily in the Grille with dinner available on Wednesdays and Fridays. The scenic and tough Arthur Hills-Hal Sutton design is mostly a member's course from January through March, but the general public is still welcome to call for availability.

The new clubhouse at Naples Grande

The club's first-ever clubhouse features a restaurant with a grill and bar area, a pro shop, men's and women's locker rooms and indoor-outdoor meeting and event space. The all-glass folding doors merge the indoor portion of the grill (seating for 110 people) with the outdoor patio (seating for an additional 48 people). Guests can munch on tasty dishes like blackened fish tacos and the Grande grilled cheese.

The renovation covered the course with celebration Bermuda grass, while tees were also leveled and expanded. Naples Grande, which hosted the EMC Golf Skills Challenge from 2001-03, remains a coveted place to play because of its natural setting. There are no homes or condos lining the fairways, only trees and rock-lined lakes and streams.

A step up for the Marco Island Marriott

The Rookery at Marco

A $300 million enhancement project spanning several years remains in full swing at the Marco Island Marriott Beach Resort, Golf Club & Spa, a popular getaway for golfers, couples and families with its beautiful beach and access to two nearby private golf courses, The Rookery at Marco and the Hammock Bay Golf & Country Club.

In January, the property will become the JW Marriott's first beachfront resort in the continental United States. When renovations are completed, the resort will offer a total of 100,000 square feet of innovative event space, 810 guestrooms and suites and a new adults-only tower featuring a rooftop, ocean-front, infinity-edge pool. Recently completed projects include newly designed guestrooms and suites, expanded pool decks, a refurbished lobby and a new porte cochere and grand front entrance to the resort.

Both Hammock Bay and The Rookery have undergone recent renovations by Peter Jacobsen and Jim Hardy as part of the project. The duo put new Tifeagle Bermuda grass on the greens and added a new short game area at Hammock Bay in 2015 after laying down wall-to-wall Platinum Paspalum turf at The Rookery.

Only resort guests get access to the golf course, which features water on 14 holes. The second-oldest course in Naples opened in 1958 as the Palm River Golf Club before Bob Cupp changed almost everything in 2001. Cupp, who has since passed away, returned in 2015 to rebuild all 18 greens, enlarging them back to their original sizes. Tee boxes were also re-grassed and several of them were also rebuilt.

Tim Gavrich
Senior Writer
Now Reading
Plenty of courses are new and improved in the Naples, Florida golf scene for 2017
Search Near Me