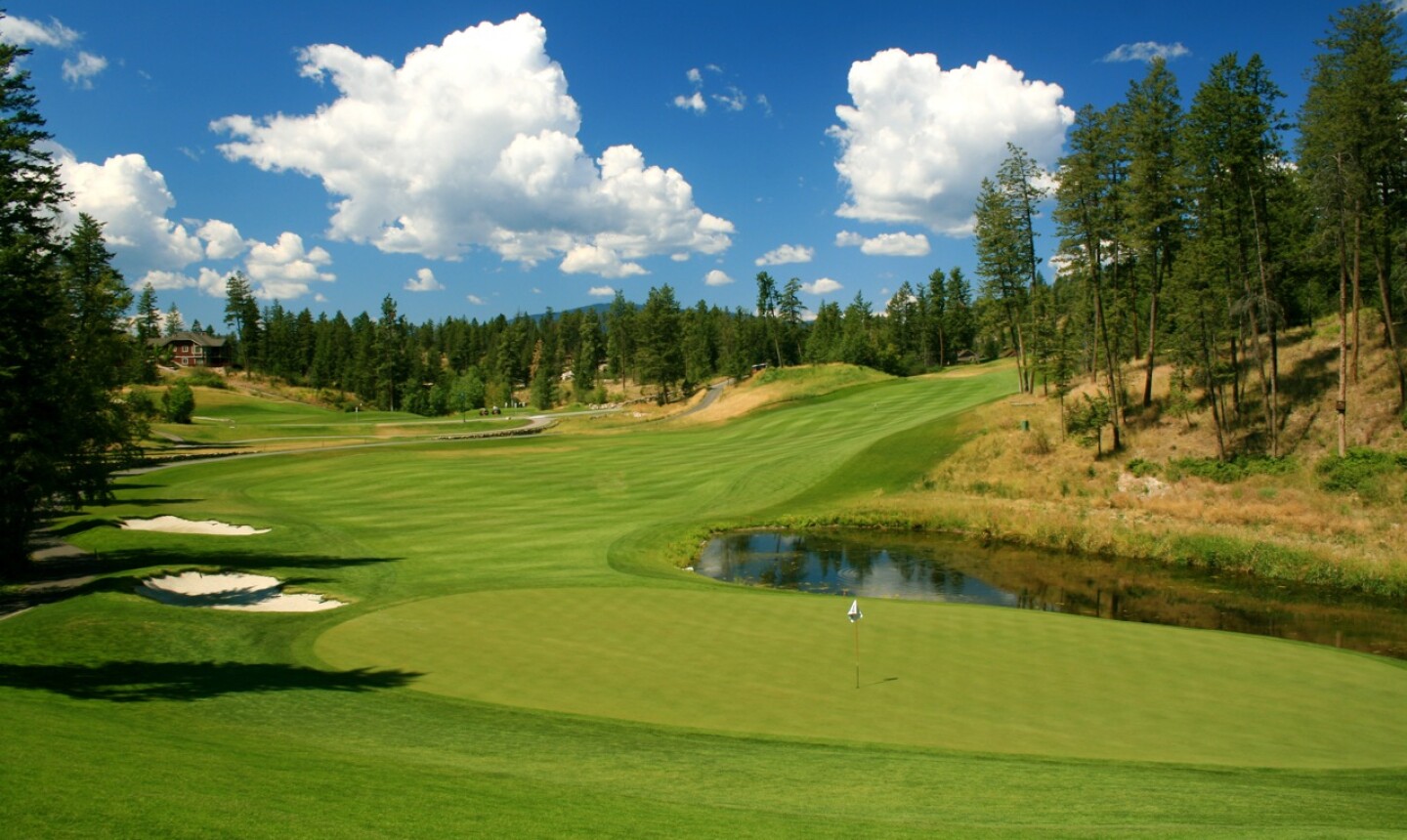 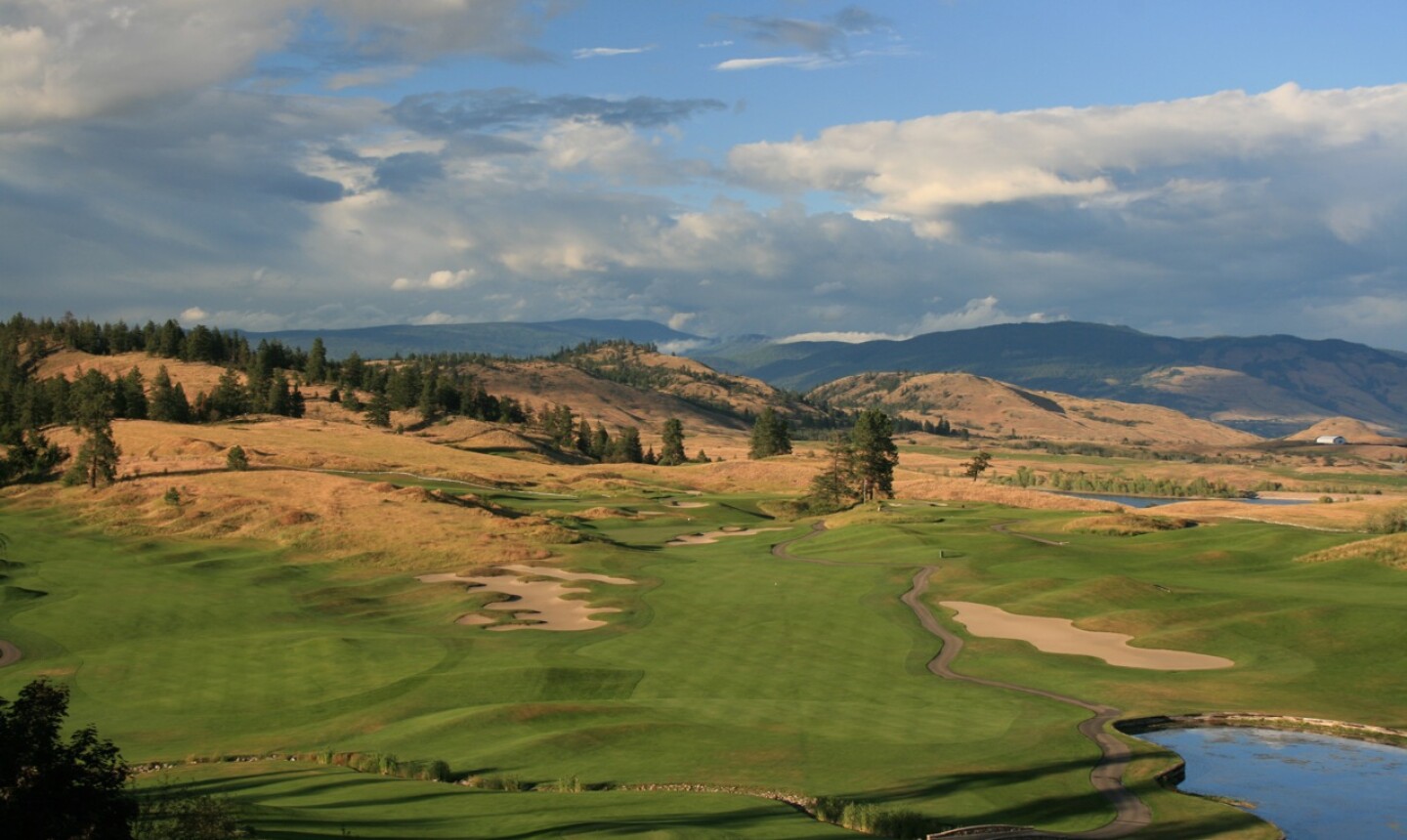 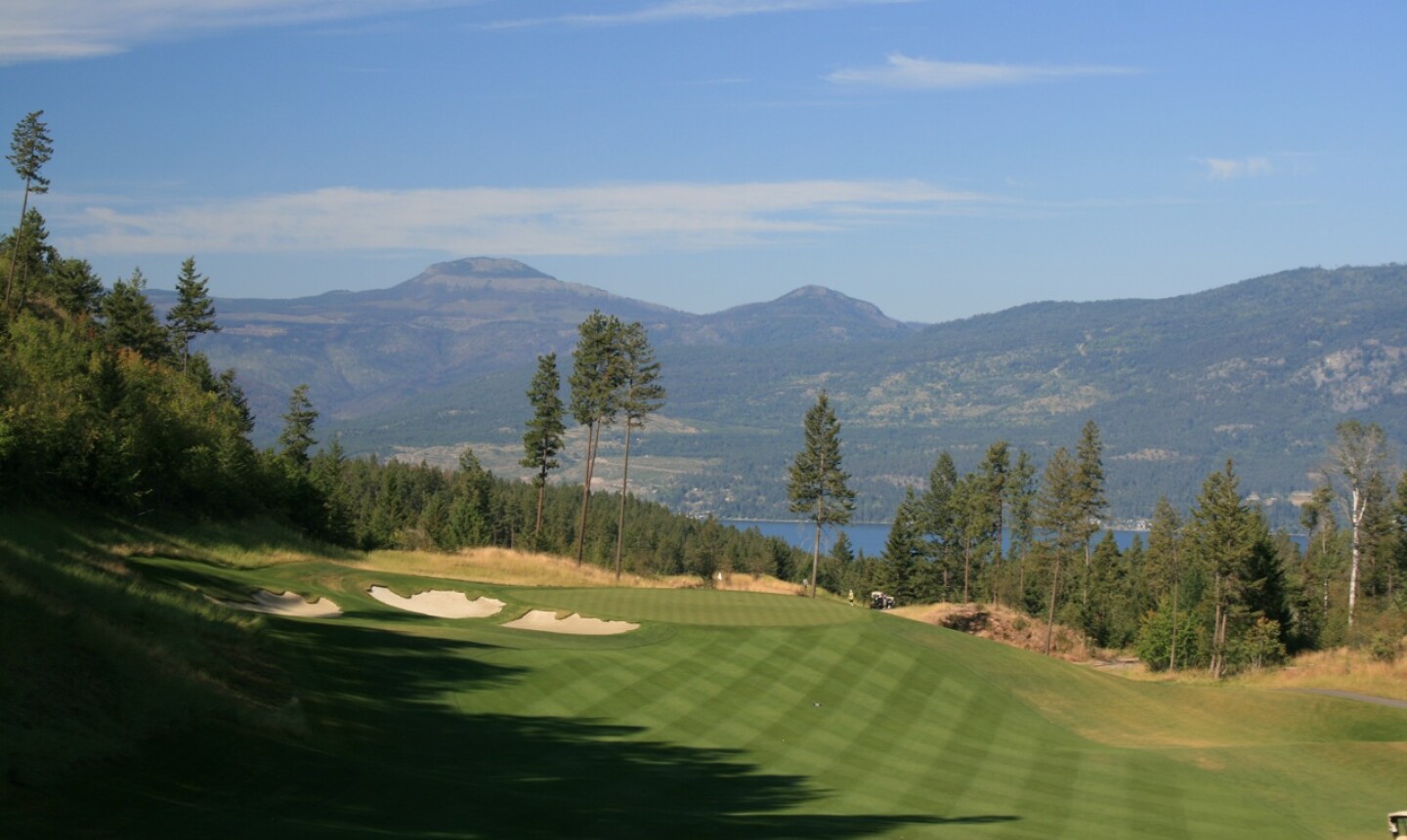 The par-4 sixth hole extends longer than 400 yards to an elevated green on the Ridge course at Predator Ridge. Brandon Tucker/Golf Advisor 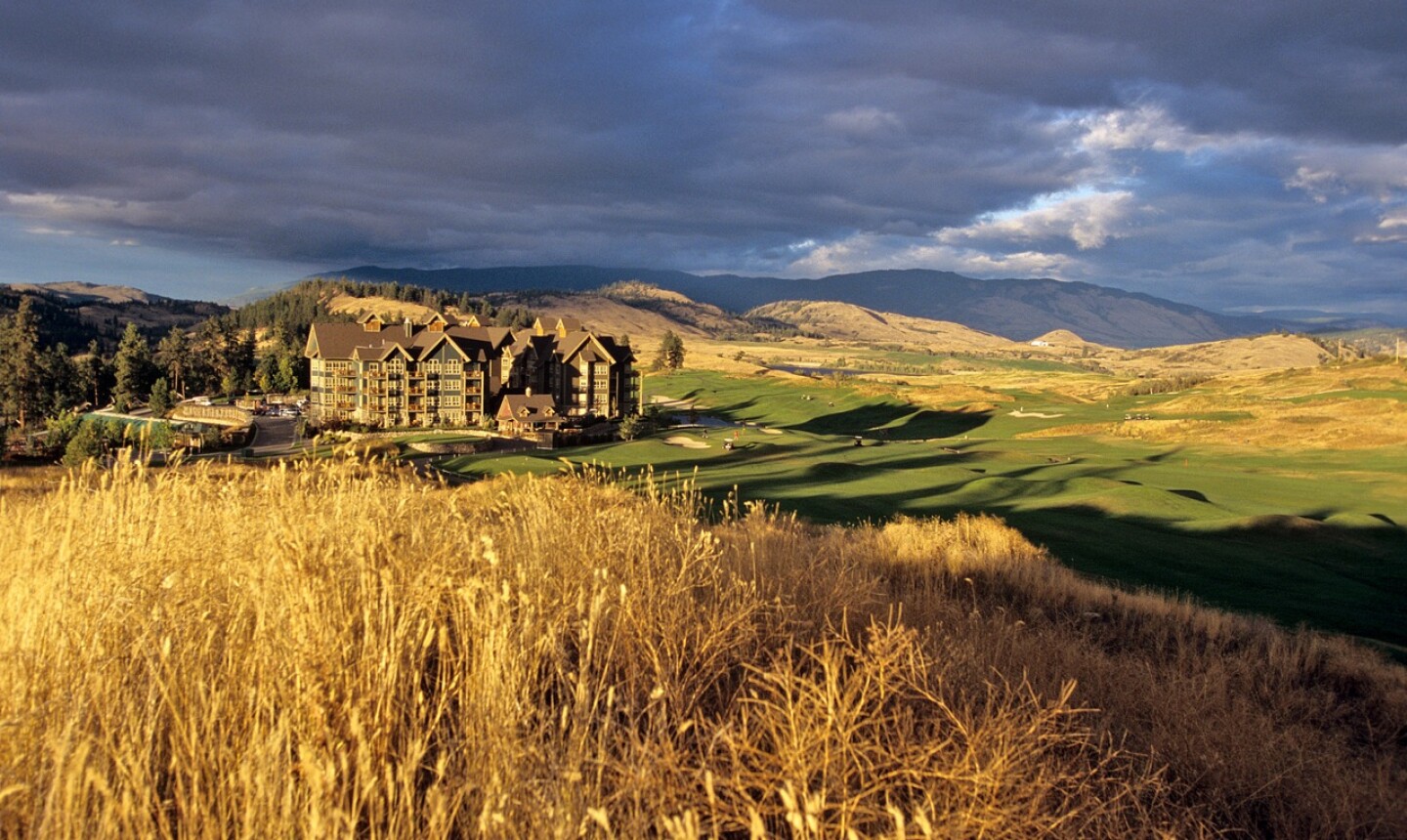 And sibling rivalry is bound to ensue with the original Predator Ridge course, now named the Predator.

The Okanagan Valley has experienced steady growth in golf-course real-estate developments in the past two decades -- hardly boom and bust like so many U.S. spots. The Okanagan, a dry valley region between Vancouver and Calgary, provides an idyllic golf spot for those city dwellers who seek an escape to the open country.

Predator Ridge has slowly built its golf resort and real estate since 1991. It added nine holes a few years after building the original 18. A lodge opened in 2002, and officials decided to remove the third set of nine holes to build a new 18-hole golf course, slated for a 2010 opening.

Canadian golf-course architect Doug Carrick built the 18 new holes on and near a ridge that rolls down toward Lake Okanagan. It affords marvelous views from the property's high points and weaves through forest below. The Ridge rates as a prettier, more player-friendly rival to its next-door neighbor, the infamously tough Predator, designed by Les Furber.

"The Predator was the iconic course of the Okanagan when it opened," said Doug Goubault, director of golf at Predator Ridge. "It became the Bandon of B.C. in a sense, because it was so difficult but out of the way, and people from all over wanted to come and play it."

Part of the Predator's demanding reputation involves its inclusion in the rotation of golf courses for the Telus Skins Game. Predator Ridge has hosted the event twice -- in 2000 and 2008.

Sergio Garcia even bought property here. It's clear why real estate continues to move. Just play the par-4 16th hole on the Ridge course, and well above the green you'll see a handful of small cottages without door decks, affording spectacular mountain and golf views.

Any dweller will take time for a few open-air sips of coffee on a cool Canada summer morning.

So with difficulty covered on the Predator, the new 18 holes were built with scenery and playability in mind. Carrick used a piece of property with more severe features and loaded with trees, deviating from the mostly wide-open Predator. He also weaved fairways around granite outcroppings in many spots, often in view and frequently in play.

The Ridge, completed in the fall of 2009, cost $10 million to build. This summer, conditions are prime with firm, fast greens and lush fairways. There are fewer bunkers, just 64, and the greens, while quick and firmer than the Predator, don't feature the many shelves and quadrants of the Predator’s more challenging putting surfaces.

Even in the Ridge's toughest spots, it's a golf course that never feels too intimidating.

"The genius of the Ridge is that the course plays down and then back up the backside of a mountain, but there is really only one uphill hole (No. 10)," Goubault said.

Predator Ridge continues to add to its resort and real estate. The main lodge opened on site in 2002 and sits right next to the clubhouse and driving range for walk-on access to the golf course. Units feature balconies that overlook the golf course, large bathrooms and condo-style amenities with full kitchens. Larger groups can also stay in an on-site cottage or villa unit.

Amenities at the lodge include a great fitness center with a lap pool and hot tub. The Aveda spa and salon was recently remodeled and offers a variety of treatments, plus a sauna and steam room.

For dining, the resort also remodeled its clubhouse restaurant, Range, which features choice meats -- as you'd expect in Canada – and fine wines. For something more casual, a snack bar by the pool provides a halfway house for golfers. Another informal cafe on the bottom floor of the lodge serves coffee, plus some menu and grocery items to stock your kitchen.

Peak-season green fees at Predator Ridge Golf Resort range from $140 to $160, and stay-and-play packages are available through the on-site lodge.

Getting to Predator Ridge and the Okanagan Valley

Predator Ridge Golf Resort sits about a 30-minute drive north of Kelowna, the Okanagan's largest city of about 150,000 residents. The airport services many destinations via WestJet and Air Canada and Seatle, the lone American city, via Horizon Air, a one-hour flight.

Articles
4 Min Read
GolfPass Equipment Report: November 2021
New and stylish rangefinders, updates and savings on a popular launch monitor, fashions and even boxed wine are all are arriving just in time for the holiday shopping season.

By GolfPass Staff
Read More
Load More
Popular
‘Desert golf’ vs. ‘golf in the desert’: A first-timer’s look at Phoenix-Scottsdale
Top 10 golf courses in and around Orlando, Florida
5 amazing items up for grabs at Youth on Course's annual charity golf auction
Playing hooky is a Cool Golf Thing
Editorial Staff