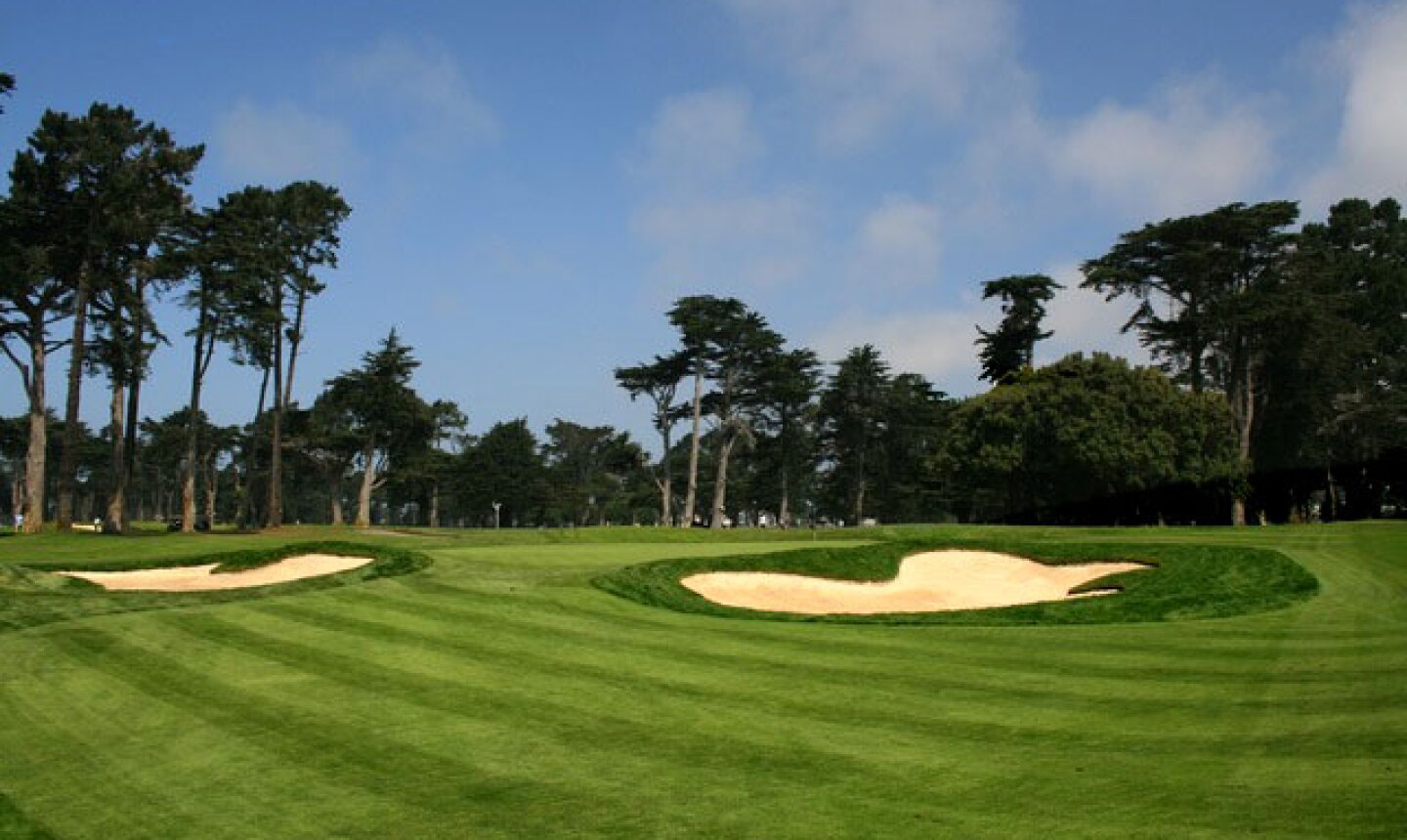 The fourth hole is a long par 5 that plays to a green defended by bunkers at Harding Park. Brandon Tucker/Golf Advisor 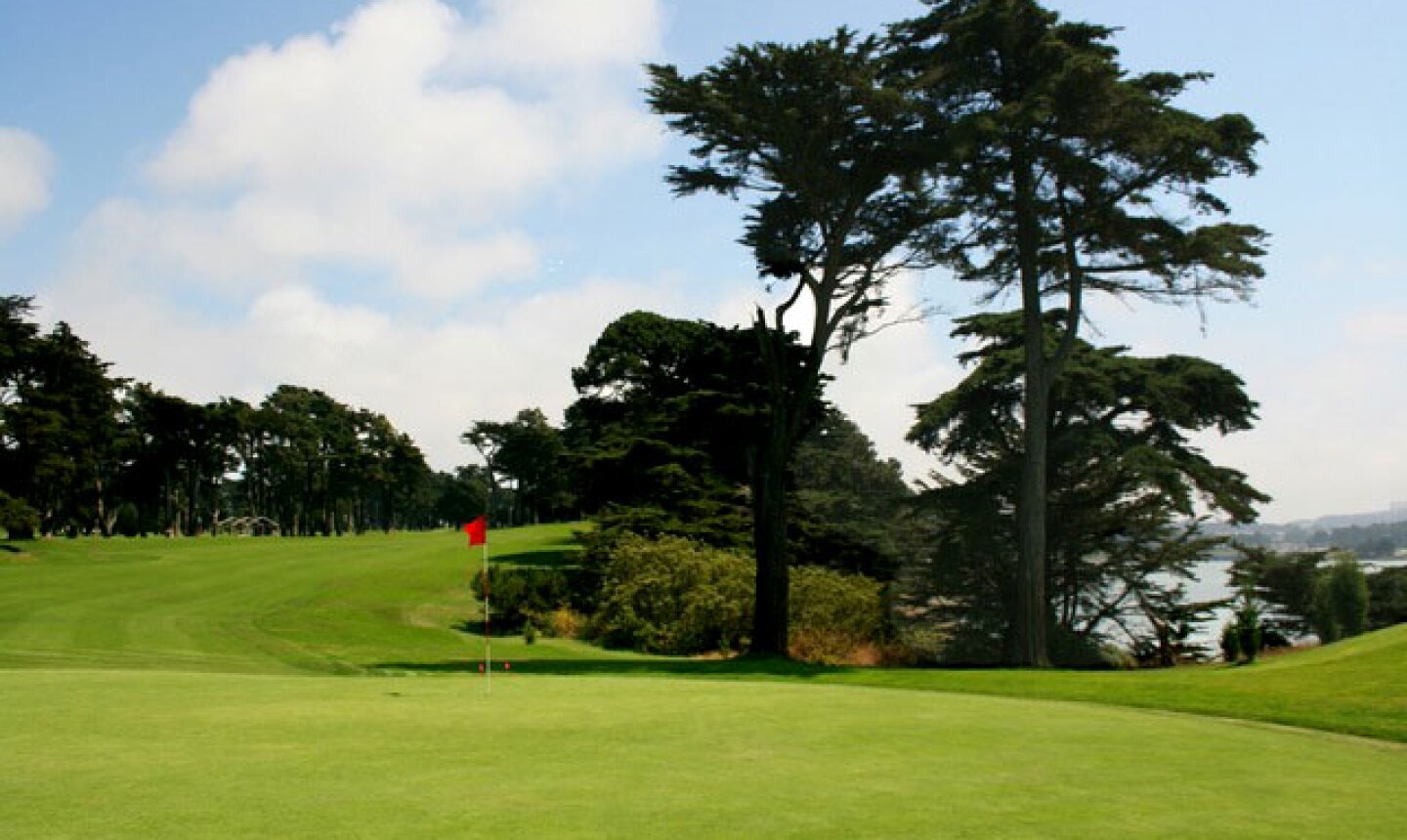 The par-4 15th hole heads from an elevated tee down toward the green on Lake Merced. Brandon Tucker/Golf Advisor 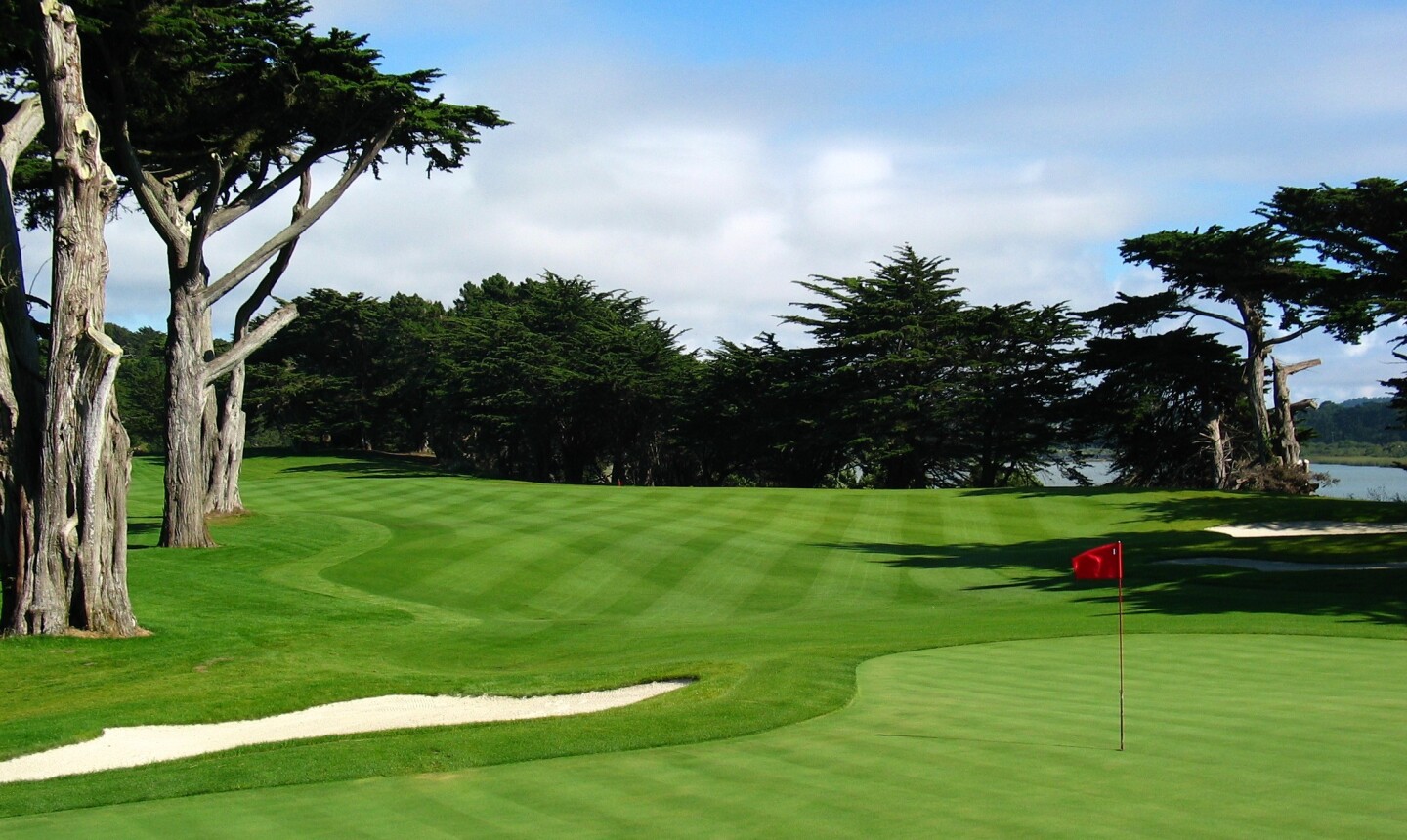 SAN FRANCISCO, Calif. - If Harding Park Golf Course wanted to poke a little fun at its neighbor, it might ask The Olympic Club to park cars on its prestigious Lake Course during the Presidents Cup this October.

It would only be fair: Harding Park Golf Course's fairways were used as a parking lot during the 1998 U.S. Open at Olympic.

Eleven years and an extensive renovation later, historic Harding Park is back in the mix.

Just a few miles from downtown San Francisco, Harding Park's neighborhood is one of America's best little collections of golf courses. From here across Lake Merced you can see Olympic Club's Lake Course, a regular U.S. Open host. Just a sniff away is another prestigious club designed by A.W. Tillinghast in 1915, San Francisco Golf Club, while Lake Merced Golf Club is just south.

These glitzy neighbors make Harding Park's story and its reclaim to fame all the more laudable. The golf course was built by Scotsman Willie Watson and opened in 1925. It was named after President Warren G. Harding, an avid golfer who died in a San Francisco hotel room two years prior. The course has hosted such events as the U.S. Public Links in 1937 and 1956 and the PGA Tour's Lucky Invitational until 1969.

But Harding Park Golf Course began to wither in the 1970s and 80s. Soon enough, it needed a revamp. The effort to restore Harding Park was led by local golfer, lawyer and former USGA President Sandy Tatum. It took several years to secure funding and earn local support, but in 2002 the course closed for renovations and reopened in summer 2003.

A big reason why the $16 million in funds were eventually cleared to restore Harding Park was the hope of securing big time professional events that would draw golfers to San Francisco. The Bay Area is a huge media market and a top-notch tourist destination, with the Golden Gate Bridge, Alcatraz and diverse cultures.

So far, it's worked twice with the 2005 WGC-American Express Championships and now the Presidents Cup this fall. But in between stints as the center of the golfing universe, Harding Park is a well trafficked municipal course that receives 70,000 rounds a year in a temperate golf climate.

The golf course won't "wow" you with Pebble Beach scenery, and its terrain isn't as hilly as notorious Olympic, where the greens draw serious ire during every U.S. Open staged there.

Though lacking coastal beauty or Olympic's triumphant clubhouse overlooking the Bay Area, Harding Park is certainly not ugly. It's full of pines and cypress trees and built on a peninsula surrounded by Lake Merced and just a chip shot off the ocean. You won't see the Pacific, but the afternoon breezes are a daily reminder it's not far off.

The par-4 18th hole, which tees off over the lake and wraps around it, is so scenic that the Presidents Cup committee has moved the routing around to accommodate it as the 16th, with the assumption most matches make it that far. The course's new $8 million clubhouse sits to the right of the green, and corporate hospitality tents will line the fairway on the right side.

It's a shame that John Daly, who missed a 3-footer to win at the 2005 World Golf Championships, probably won't be here for the Presidents Cup. With fairways playing parallel to each other and few trouble spots, a long bomber who sprays the ball a bit could still make out okay here, especially in match play.

Currently, the golf course has been hijacked by tournament officials preparing for the event. Play will be limited until then. When the pros are gone, the course will be reopened and should be pristine.

Along with a driving range, golf school, First Tee of San Francisco and a short game area, Harding Park also has the nine-hole Fleming course. Locals say it's a tight, formidable test.