Should You Join A Club For Your Scotland Golf Vacations? 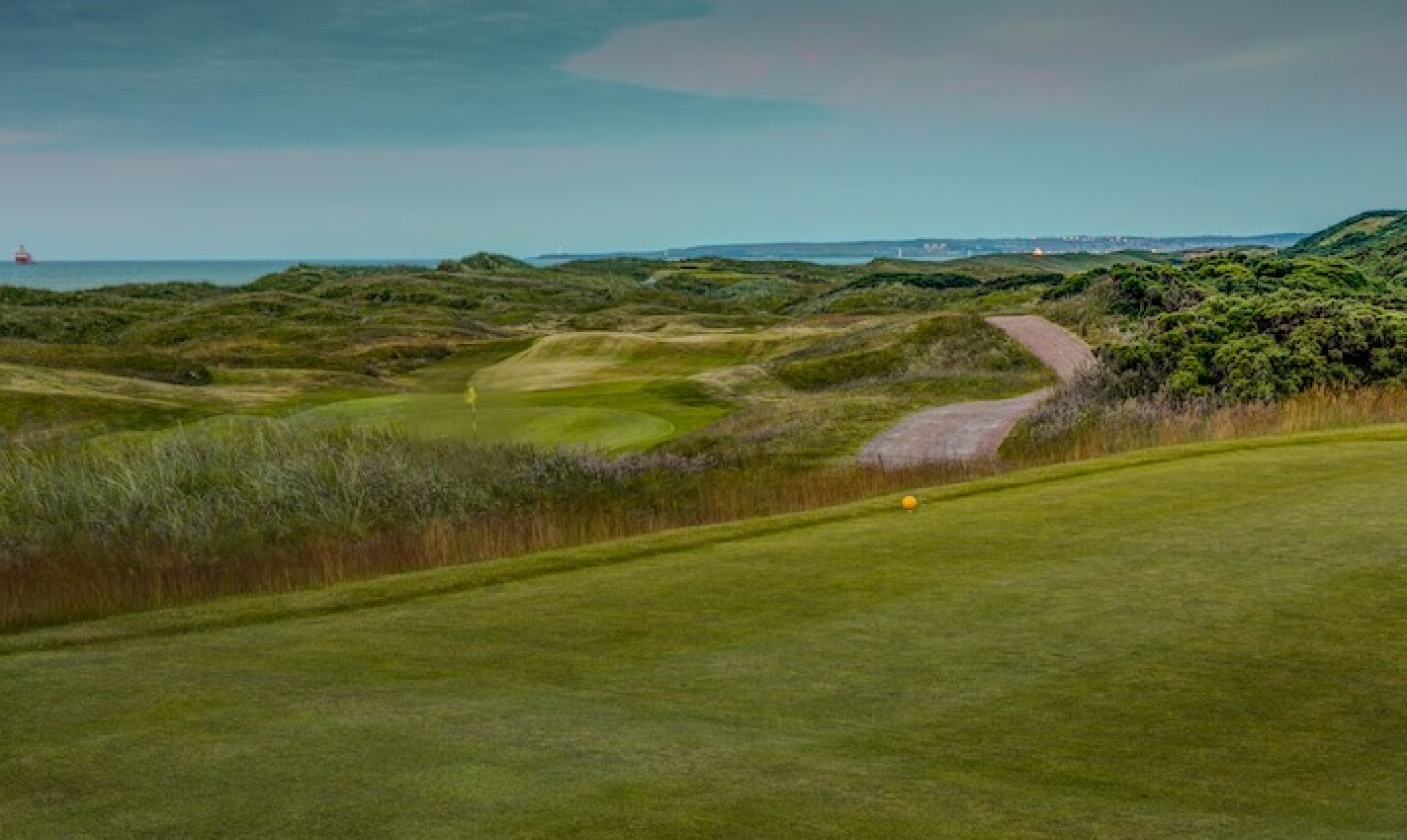 You probably don't need us to tell you this but...

The Scotland golf scene is one of the very best in the world.

Scotland is home to a number of the world's most famous courses - the Old Course at St. Andrews, Kingsbarns, Muirfield, Prestwick, Carnoustie, Turnberry, Royal Dornoch and others.

But it is also home to more amazing "no-name" courses than anywhere on earth.

These are courses that will challenge you and charm you to no end. They are layouts you would gladly play multiple times during a trip, and you might even find you prefer them to some of the "brand name" tracks on the Auld Sod.

What if I were to tell you that you could become a member of some of these clubs for less (or not much more) than the cost of a single round at one of the big names, and at a fraction of the cost of membership at your nearest private club?

It sounds insane, but if you live overseas but love visiting Scotland to play golf, it's absolutely true...

Crail flies under the radar because it's only about 20 minutes south of St. Andrews. But it claims to be the 7th-oldest golf club in the world, and boasts two courses: the Balcomie Links, designed by Old Tom Morris and featuring a number of holes on the water; and the Craighead Links, an early design by Olympic course designer Gil Hanse. Overseas members are eligible to play four rounds on each course per year, plus other perks such as four tickets for guests to play the Crail courses for £15 each, reduced green fees at more than a half dozen nearby courses, a 10% discount on pro shop merchandise, a lesson with the club pro and more.

Panmure is located literally around the corner from Carnoustie, and its grounds border those of Monifieth (see below), another underappreciated old links course. The club dates back to 1845 and the course has a classic out-and-back routing with solid but flattish holes near the clubhouse and an absolutely stunning dunescape for the middle part of the round. The 14th hole plays along the local rail line, for goodness' sakes! How much more classically Scottish can golf get?

Monifieth is 13 years younger than Panmure, and has two courses - the Medal Course, which held final qualifying for the 2007 Open Championship, and the Ashludie Course, which, at a par of 68 and just more than 5,000 yards is a sporty compliment to its big brother. Membership includes 50% discounts on green fees at more than two dozen other courses in the area

Cost: £240 annual "Links ticket" dues (four clubs share the Links' two courses and can be joined for an additional fee)

Just as numerous American restaurants claim to have invented the hamburger and other foods, historical status can be a point of contention for golf clubs. Fraserburgh, like Crail, claims to be the 7th-oldest golf club in the world. Whether this is true or not is of little importance relative to the high quality of the golf course. It is the first course on this list outside the general sphere of St. Andrews, but Aberdeen is a Scottish golf haven in its own right. A more remote Scottish feel, a huge expanse of dunes, stacked-sod bunkers and bouncy turf - it's all here. Membership includes reduced green fee privileges at three area courses as well as the dozens of other member clubs of the Association of James Braid Courses.

Murcar is home to 27 holes: the Murcar links (which has held such competitions as the European Challenge Tour's Scottish Challenge and the European Boys Team Championhsip) and the nine-hole Strabathie, which makes for a delightful prelude to a round on the big course or a warm-down after one. This club's dues for international members are the highest on this list, but with high regular visitors' green fees, it is still a terrific value.

Scotland is not alone in offering incredibly affordable overseas memberships. In Wales, Aberdovey Golf Club, which Golfweek ranks in the top 50 classic courses in the UK and Ireland, offers international memberships for £300 per year.

At Burnham & Berrow, one of southwest England's most underrated links courses and host to the 2006 English Amateur, overseas membership is £370 per year, and grants access not just to its Championship Course but the nine-hole Channel Course as well.

If you're a frequent visitor to Ireland, Enniscrone Golf Club in County Sligo offers overseas memberships for €300 per year, and with the normal green fee on its championship Dunes Course registering at €110 for the year, anyone who falls in love with the course will recoup their annual investment very quickly.

Are you an overseas member at one of the UK and Ireland's many spectacular courses? Let us know about the experience!

Know of any other incredible overseas/international membership rates out there? Let us know below!

Played 11 courses in 11 days in 2014. While the St. Andrews courses made up 4 of those rounds, I would say that I enjoyed the two Crail courses and North Berwick as much as the more famous courses. Hoping to return next year and a Crail membership is definitely the ticket there.

We stayed in Crail in a beautiful cottage overlooking the North Sea.
We played both courses and had a great time. Kingsbarns is an absolutely beautiful layout but is pretty expensive.
Got a hole-in-one on #2 so it was worth the greens fee!

I've worked overseas out of UK for several years but keep my Nairn Dunbar country membership in Scotland this also allows half price green fees to play at several other excellent courses in the Highlands and Moray plus courtesy discounted slots for guests at Nairn Dunbar all for the sum of around £350 per year . Excellent championship links courses and inland courses. Check out Nairn Dunbars web site .
The course is only 15 minutes away from Inverness airport reachable from London Heathrow,London Gatwick, Amsterdam, Manchester,Birmingam and Belfast Airports, worth a visit and worth becoming an Overseas member if you love Scottish golf.
You can enter the annual 5 day open championship in early August every year (6 days golf including practice round) for less than half the price most courses charge for one green fee and enjoy the friendship and scenery at the clubhouse before and after your round.

Crail gets overlooked because of its proximity to Kingsbarns, but one gets the same views and an equally enjoyable experience for about a quarter of the cost. It is one of my favorite links in Scotland.

Clubs w in the north of Scotland such as Fortrose and Rosemarkie and Golspie offer very good rates for country members and are both excellent courses.

Tony--
Being a James Braid design, Fraserburgh Golf Club is part of the James Braid Association, so its members are able to pay reduced green fees at other James Braid-designed courses. The King's and Queen's courses at Gleneagles are part of the association (and we prefer them to the more American-style Centenary Course), but the other courses on your itinerary are not. The breakdown and list, to which the Fraserburgh website links, can be found here: <a href="http://www.fulfordheathgolfclub.co.uk/pdfs/0-James-Braid-2014.pdf" target="_blank" rel="nofollow">http://www.fulfordheathgolfclub.co.uk/pdfs/0-James-Braid-2014.pdf</a>
Best,
--Tim

I am planning a 14 day golf trip to Scotland in May of 2017. If we were to join a club (like Fraserburgh for 145), does being a "member" of one Scottish club get us discounts at other, bigger name courses? I could see where this could save us considerable money if true? Our itinerary includes, Old Course, Carnoustie, North Berwick, Muirfiled, Cruden Bay, Castle Stuart, Royal Dornock, Elie, Crail, Kittocks, Gleneagles, Kingsbarns.

Anyone who travels to Scotland and only plays the "name" courses is missing out on some of the best golf around. I've played most of the famous courses but have had great times playing courses like Panmure, Crail Balcomie, Gullane, Lundin Links, Leven, Tain, on and on. Don't miss out!

Tim Gavrich
Senior Writer
Now Reading
Should You Join A Club For Your Scotland Golf Vacations?
Search Near Me