Call it addition by subtraction.

The PGA Tour will play a new-look Plantation Course at Sea Island as the secondary venue of the RSM Classic next week. These days, when a golf course - especially one that hosts a Tour event - is renovated, it gets longer. But Davis Love III and his design group - including his brother Mark, as well as Scot Sherman - lopped off about 150 yards of the Plantation's fearsome 10th, a par four that teed off along the Saint Simons Sound and headed into the prevailing wind to a well-protected green.

Those lost front-end yards have been put to great use. In order to accommodate the expansion of the practice tee, the short-game facility was moved east, where the old 10th tees were. And in place of what was a pleasant but flattish putting green, Love III and company built the Driftwood Putting Course right out the back door of the Lodge at Sea Island. In the tradition of other modern golf resort putting courses, the idea is to wander the routing with your putter in one hand and a drink in the other. It works marvelously.

But what of the hole itself? It, too, is better now. Instead of a fairly plain (but for the setting) slog, it's a real thinker of a short two-shotter, with a centerline bunker complex that owes as much to the Principal's Nose at St. Andrews as it does to Pete Dye's oft-used short par 4 concept, which confronted the uber-safe tee ball with a blind approach over a manmade dune. Several pros will take a crack at the green next week, but several will find the pond. Others will bail out right and learn that that's no picnic of a recovery either. 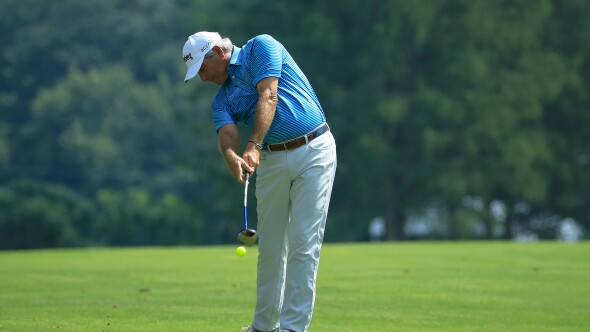