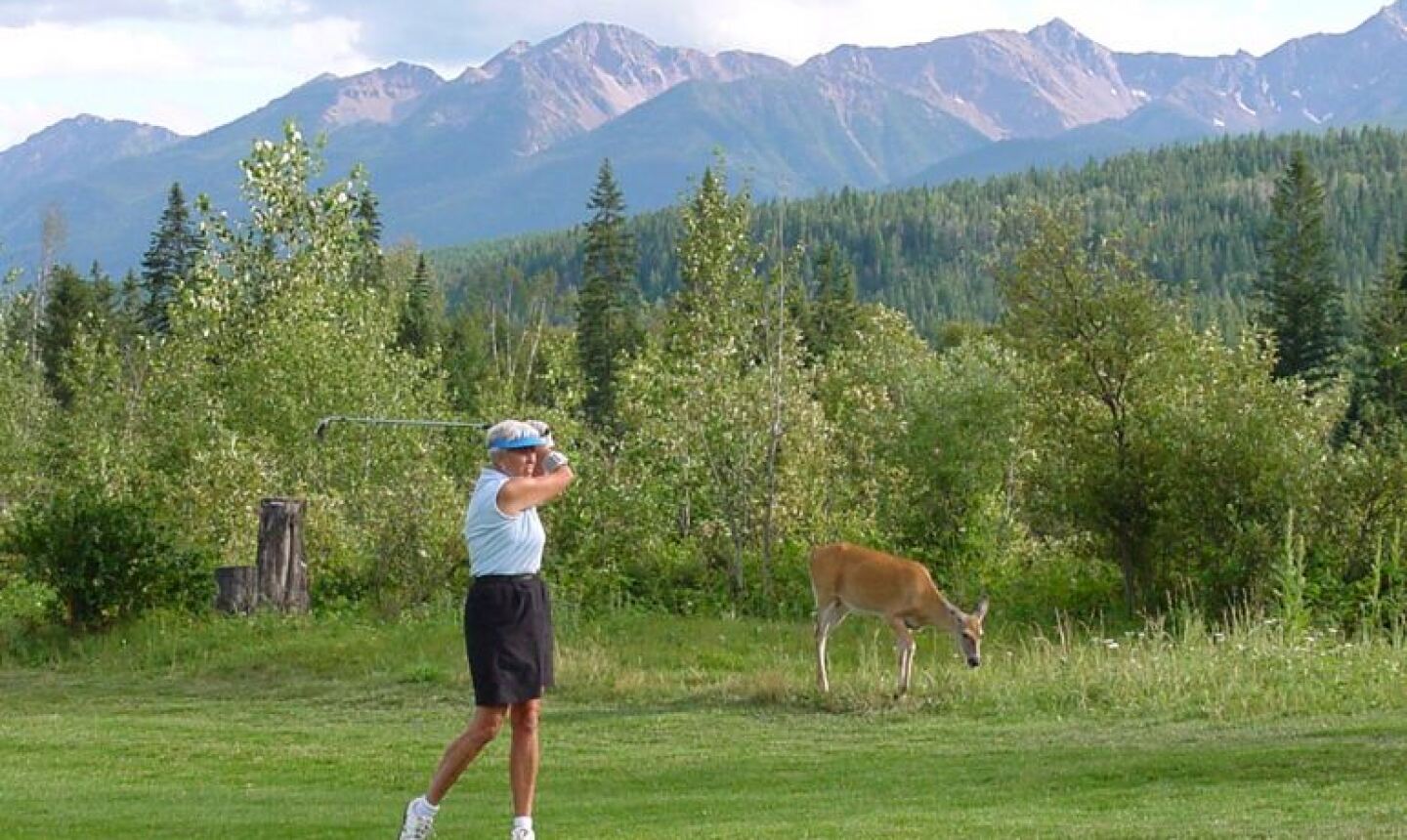 At Golden Golf Club, not far from the Alberta-B.C. border, the wildlife is part of the experience. Courtesy of Golden G.C. 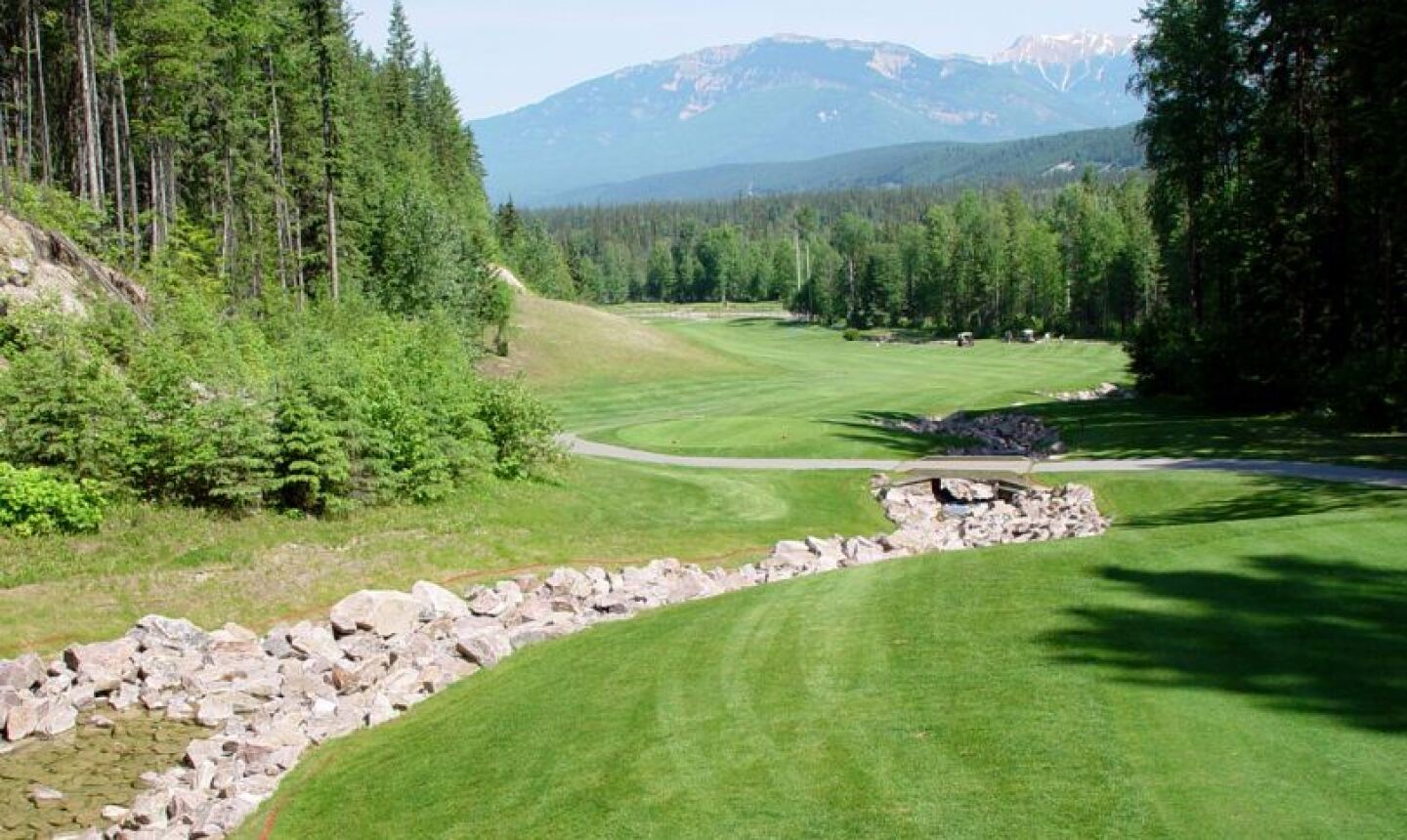 Golden Golf Club's second hole is the longest par 4 on the course. Courtesy of G.C. 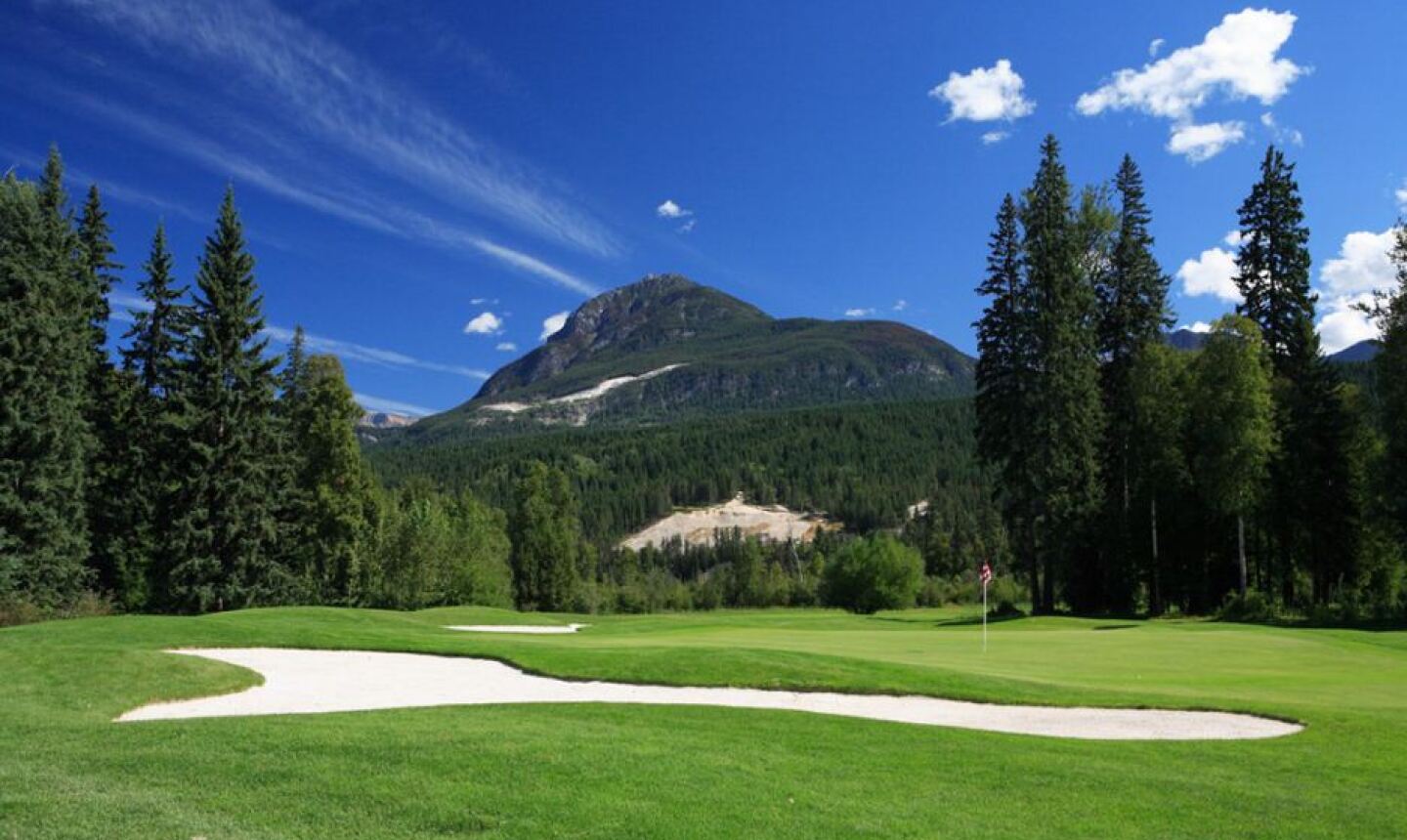 Don't get too distracted by Golden Golf Club's mountain vistas -- the course has teeth, too. Courtesy of Golden G.C.

That doesn't necessarily mean you'll have Golden Golf Club all to yourself.

"The wildlife usually comes into play," General Manager Patrick Chury said. "We will have black bears out there. We'll have moose. We'll have elk. Certainly, we'll have eagles and osprey and rabbits and all the smaller critters.

"It's all part of the experience. It's not always just about the golf, right?"

And that's hardly a knock on the 6,825-yard layout in Golden, a quiet community not far from the Alberta-B.C. border that counts the Kicking Horse Mountain Resort as its top attraction during the winter months.

Golden Golf Club: What a view

Whether you're sitting on a chairlift or riding in a golf cart, you'll likely be blown away by the views in this ski town, which is located along the Trans-Canada Highway and is sandwiched between the Purcell Mountain range and the Rockies.

In fact, your lasting memory of Golden Golf Club might be the spectacular canvas that course designers Bill Newis (front nine, 1986) and Les Furber (back nine, 1996) had to work with.

You might be easily distracted by the mountain vistas or your four-legged followers, but the golf course has teeth, too.

You'll want to arrive early enough to warm up at the driving range because the second hole at Golden is the longest par 4 on the course, a 480-yard assignment with a long, skinny putting surface.

Even better is No. 11, a 378-yard beauty that requires a gutsy approach shot over the rushing rapids of Holt Creek.

Golden Golf Club even has its own version of Amen Corner, starting with the roller-coaster green at the 403-yard 14th and culminating at No. 16, a 194-yard doozy that also runs alongside the powerful creek and is one of only a handful of holes not framed by trees on both sides of the fairway.

"The courses that a lot of us grow up on are more municipal-type courses and the fairways are side-by-side and people are getting hit with errant golf balls, and that's not as pleasant. This is a real natural experience here, and there's not a lot of golf courses that can offer that."

There's not another 18-hole track within an hour's drive, but you won't catch many residents complaining about the local golf lineup. Mike Gallagher gravitated to Golden for the winter sports, but once the snow has disappeared for the summer, he spends some of his spare time at the golf course, which he referred to as "hugely underrated."

"It's in awesome condition, there's gorgeous views, and it's pretty cheap," Gallagher said. "It's a good course for everybody. It's fairly forgiving, so it's a great place for beginners. But even a real player can still enjoy it, as well."

Golden Golf Club is the site of a Titleist Performance Institute, with instruction offered on the driving range and other portions of the practice facility.

There are several superb golf courses carved out of the Canadian Rockies, but the area is the site of even more top-notch campgrounds.

Golden Golf Club actually operates both. With so many scenic hook-ups in this area, it says a lot that golfers and other outdoor enthusiasts are flocking to this picturesque property to park their trailers.

The golf course and RV park are spaced out, but it certainly makes sense to take advantage of both during your stay in this laid-back mountain town.

Golden Golf Club has explored the possibility of adding a second course, an expansion that would certainly catch the attention of club-toting tourists. In the meantime, it will remain one of the best courses you can play in British Columbia for well less than $100. 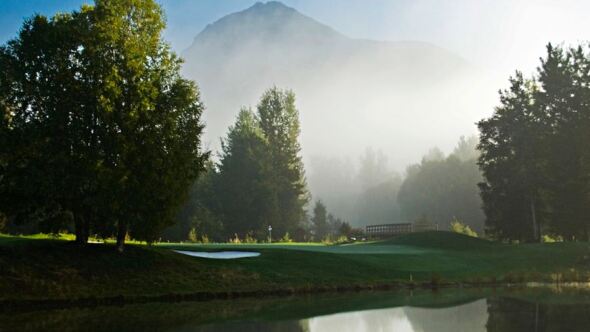 Galleries
9 Images
Photo gallery: Golden Golf Club is surrounded by British Columbia's untouched wilderness
Golden Golf Club is tucked away in the Columbia Valley, nestled between the Rockies on one side and the Purcell Mountains on the other. Surrounded by untouched wilderness, the golf course's rugged terrain was also carefully preserved. Mature trees line nearly every hole and water also has a prominent presence throughout the course.

Kira K. Dixon
Lifestyle Correspondent
Now Reading
The wildlife plays through at scenic Golden Golf Club in British Columbia
New Cookie Policy
WE AND OUR PARTNERS USE COOKIES ON THIS SITE TO IMPROVE OUR SERVICE, PERFORM ANALYTICS, PERSONALIZE ADVERTISING, MEASURE ADVERTISING PERFORMANCE, AND REMEMBER WEBSITE PREFERENCES. BY USING THE SITE, YOU CONSENT TO THESE COOKIES. FOR MORE INFORMATION ON COOKIES INCLUDING HOW TO MANAGE YOUR CONSENT VISIT OUR COOKIE POLICY.
CONTINUE
Search Near Me