Tidewater Golf Club: One of Myrtle Beach's most recognizable courses is also one of the toughest 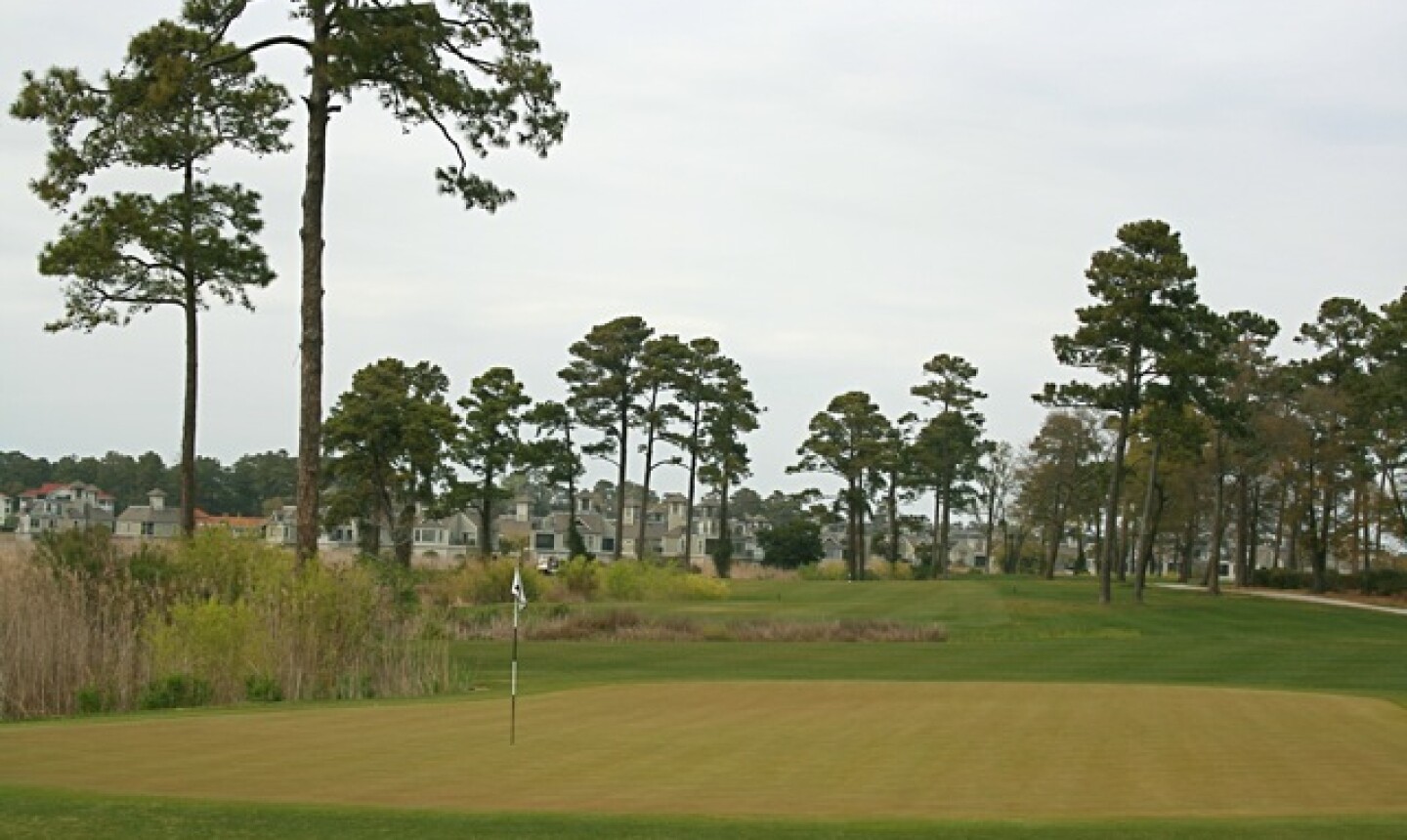 With more marsh and Intracoastal Waterway holes than most Grand Strand courses, Tidewater is one of the area's most coveted rounds. Brandon Tucker/Golf Advisor 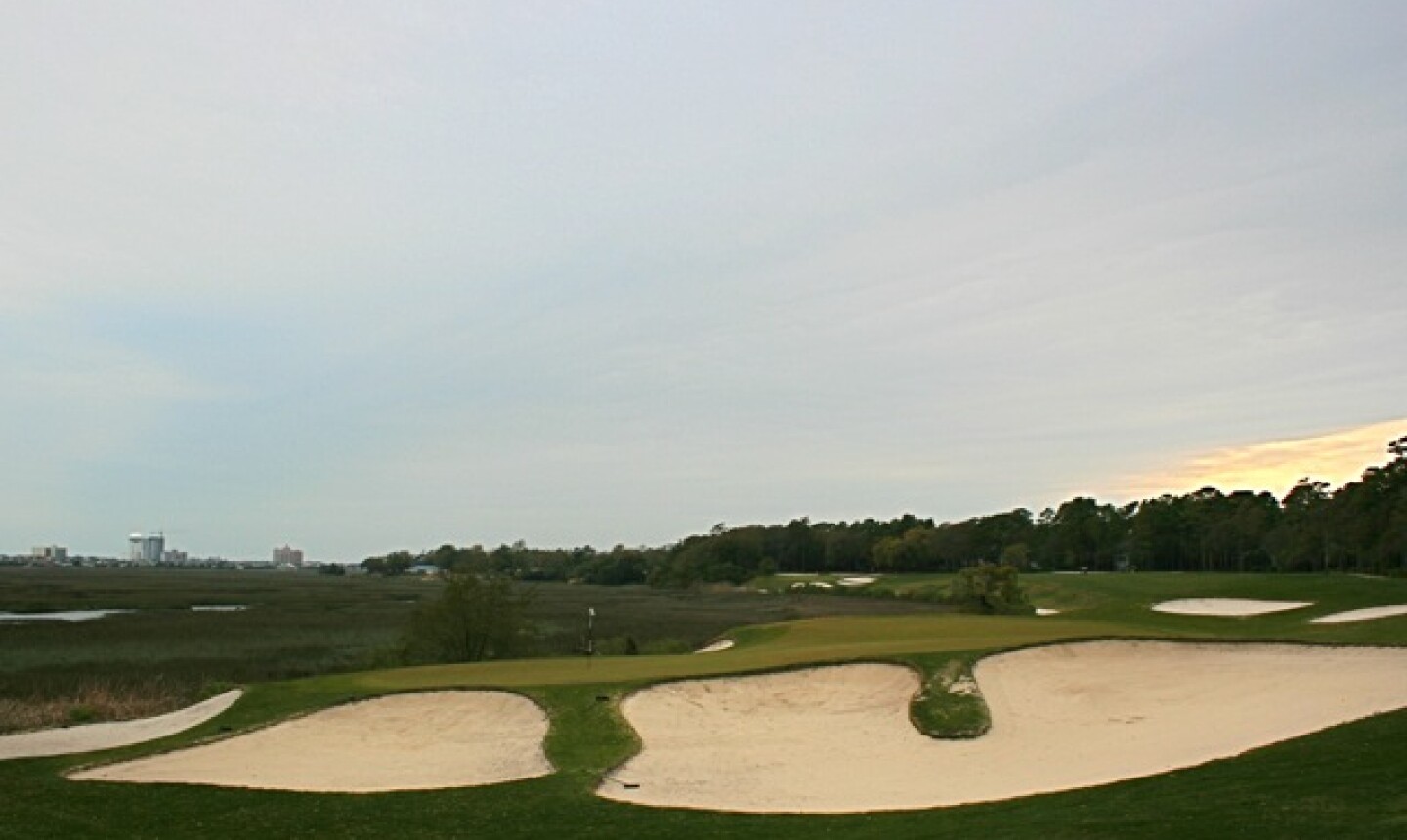 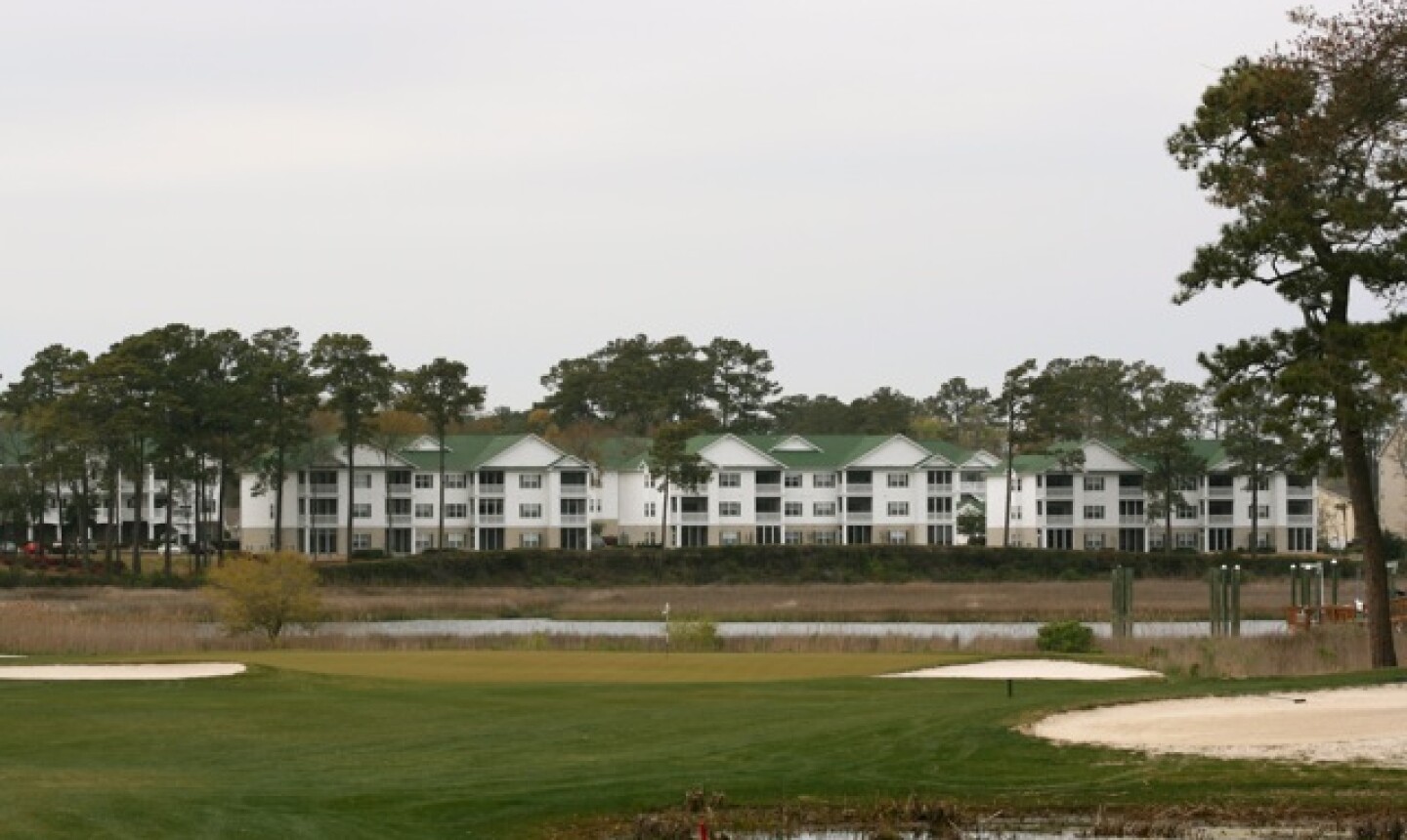 The par-5 16th hole at Tidewater Golf Club plays downhill to a green on the edge of the marsh. Brandon Tucker/Golf Advisor

With some of the area's most photogenic holes along the Intracoastal Waterway, it's a favorite pick for most glossy Myrtle Beach advertisements. You're in for one of Myrtle Beach's prettiest rounds at Tidewater but also one of its most challenging, with a slope/rating of 74.8/144 from the championship tees.

There is a bit of controversy surrounding who is credited with crafting Tidewater's challenge. Architect Rees Jones told MyrtleBeachGolf.com that he originally planned the layout, routing and clearing plan, but his contract was never signed by course officials.

Ken Tomlinson, a native South Carolinian who's day job is as a tax attorney, is credited for the rest, including the design of the greens and bunker complexes, which is the main aspect of why Tidewater is so challenging. He installed large, sloping greens heavily guarded with mounds, dips and large bunkering that is a bit reminiscent of the Dunes Golf and Beach Club down the road. Hitting the green isn't enough here, it's also imperative you keep the ball below the hole.

You're never more than a couple of inland holes away from the good stuff at Tidewater. The first encounter is on the 157-yard third hole, which features a massive, two-tiered greens that hugs the Waterway so close, balls that land on the green can easily roll off the edge. The par-4 fourth might be the most exciting hole of the bunch here: a dogleg left around the waterway that tumbles downhill then back up to an elevated green, which can allow for many players' longest drives of the day. The back nine has five more holes that are bordered by marsh, including the very challenging par-4 18th.

Tidewater is that golf course many land-locked Northerners have in mind when making their first golf trip to the southeast coast.

"I'd never been to a course like that before where the marsh is right alongside a few of the holes," said 13-handicap Steve Black, visiting from Michigan. "But I even thought some of my favorite holes, like the 15th, weren't even near the water and were just as nice."

There are inland holes here, of course, winding through the Tidewater Plantation real estate development. One interesting thing to note is that the course has no out-of-bounds. Starters say as long as you can (politely) fetch your ball out of a back yard, you may drop back in play without penalty. It might cause a few purist lower-handicappers to scratch their chins, but for most players, it's a welcomed reform and keeps pace of play trudging along a little quicker.

"The rule about being able to drop my ball from private property with no penalty definitely helped an 'up-and-coming' golfer like myself," admitted Black.

Tidewater Golf Club is one of Myrtle Beach's most recognizable and sought after rounds, thanks to having more waterway and marsh holes than most other courses in the area. It's one of the 10 Myrtle Beach-area golf courses in "Golf Digest's" "Top 100 Places You Can Play" rankings as well.

So, be sure to bring your camera for both the front and back side, but also be sure to pack your swing. Tidewater isn't easy.

Adding to the difficulty, the greens played especially fast and firm during our late-March time of visit, so much so few ball marks were made. There were a handful of extremely difficult pin positions too, perched right on top of slopes that led to a handful of four-putts from our foursome.

Peak season rates are $183, though that varies greatly depending on the season, and carts are equipped with GPS. 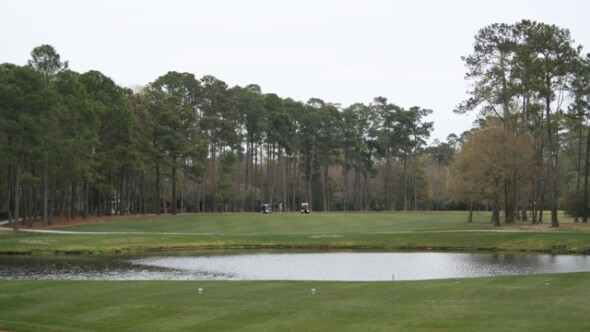 Tim Gavrich
Senior Writer
Now Reading
Tidewater Golf Club: One of Myrtle Beach's most recognizable courses is also one of the toughest
Search Near Me