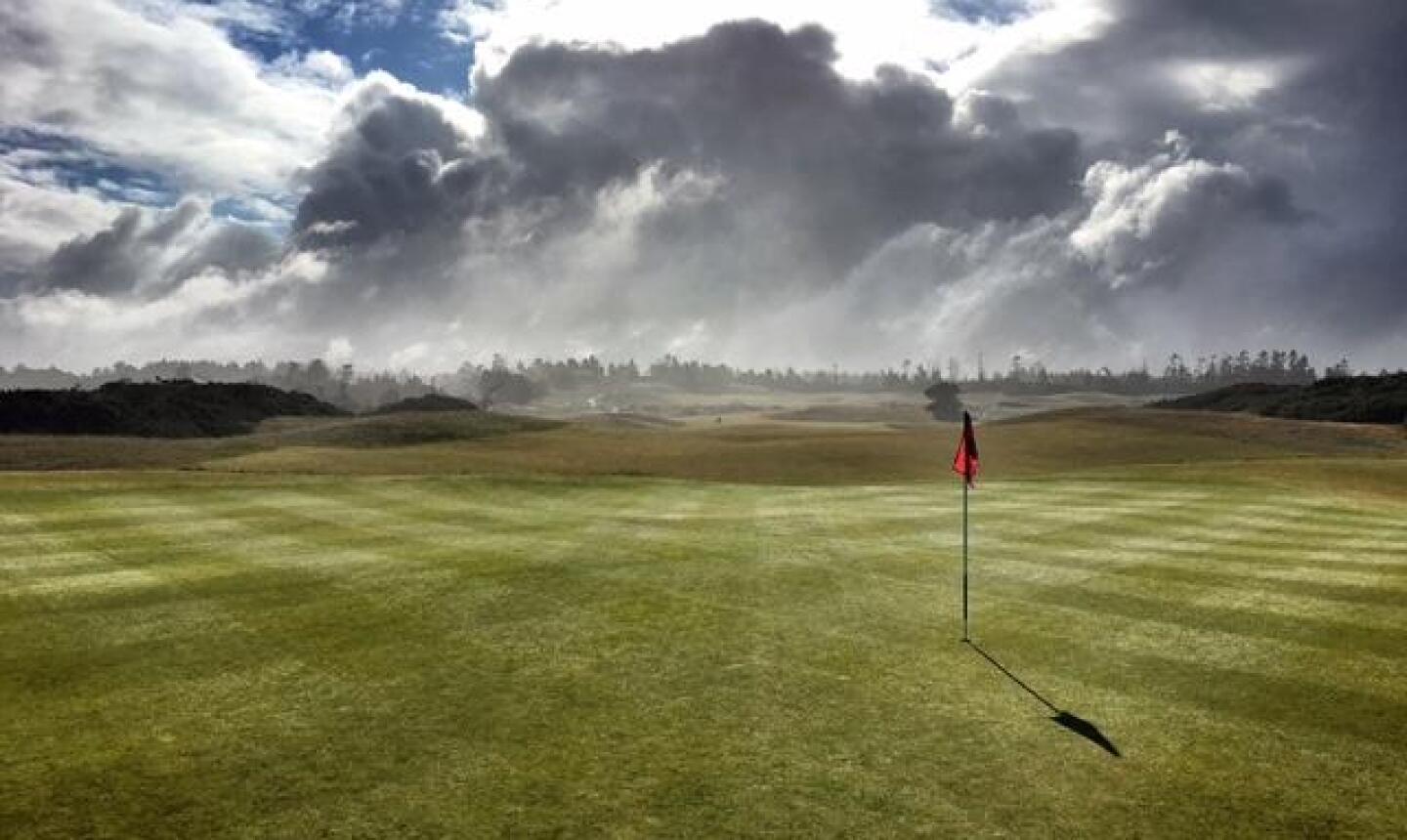 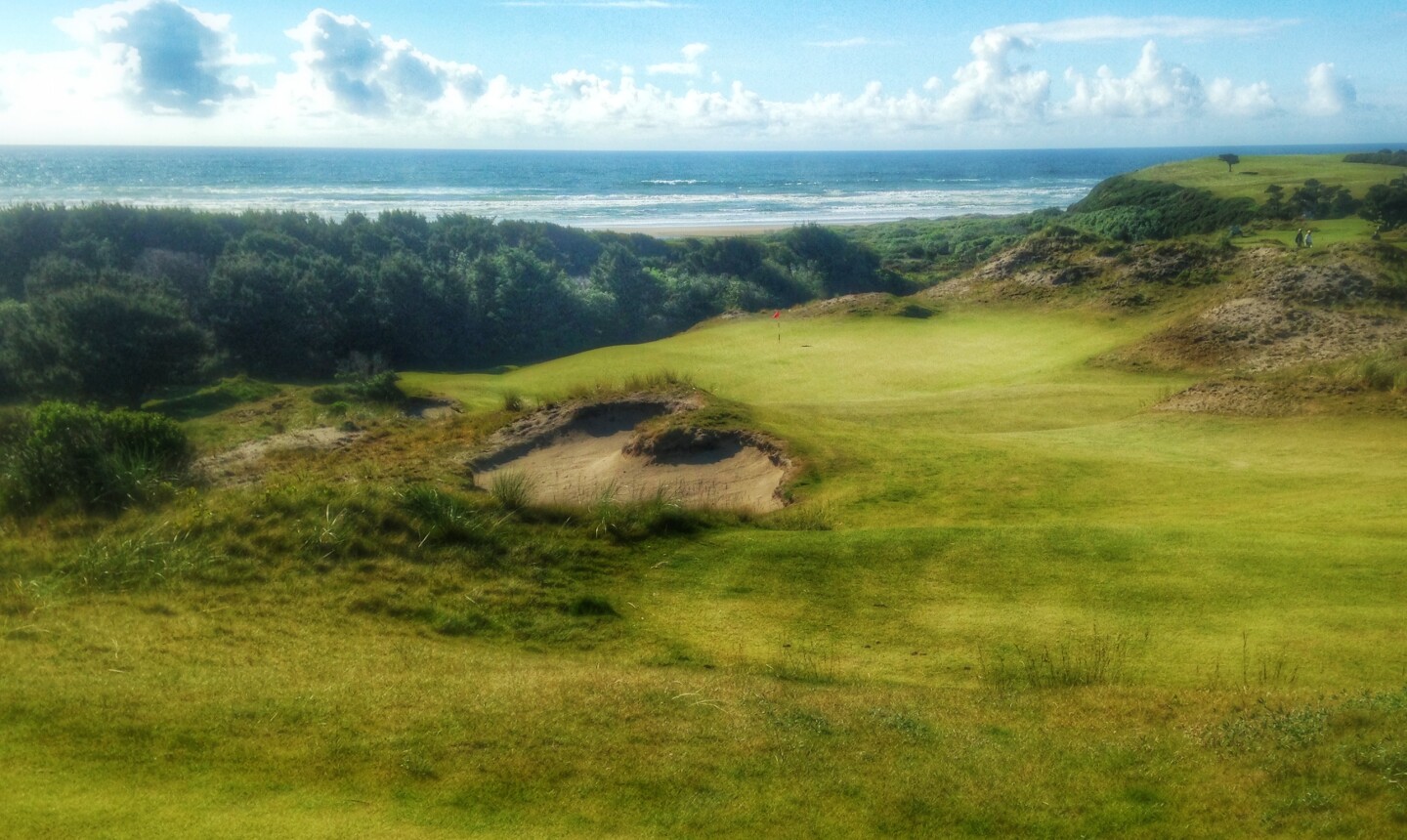 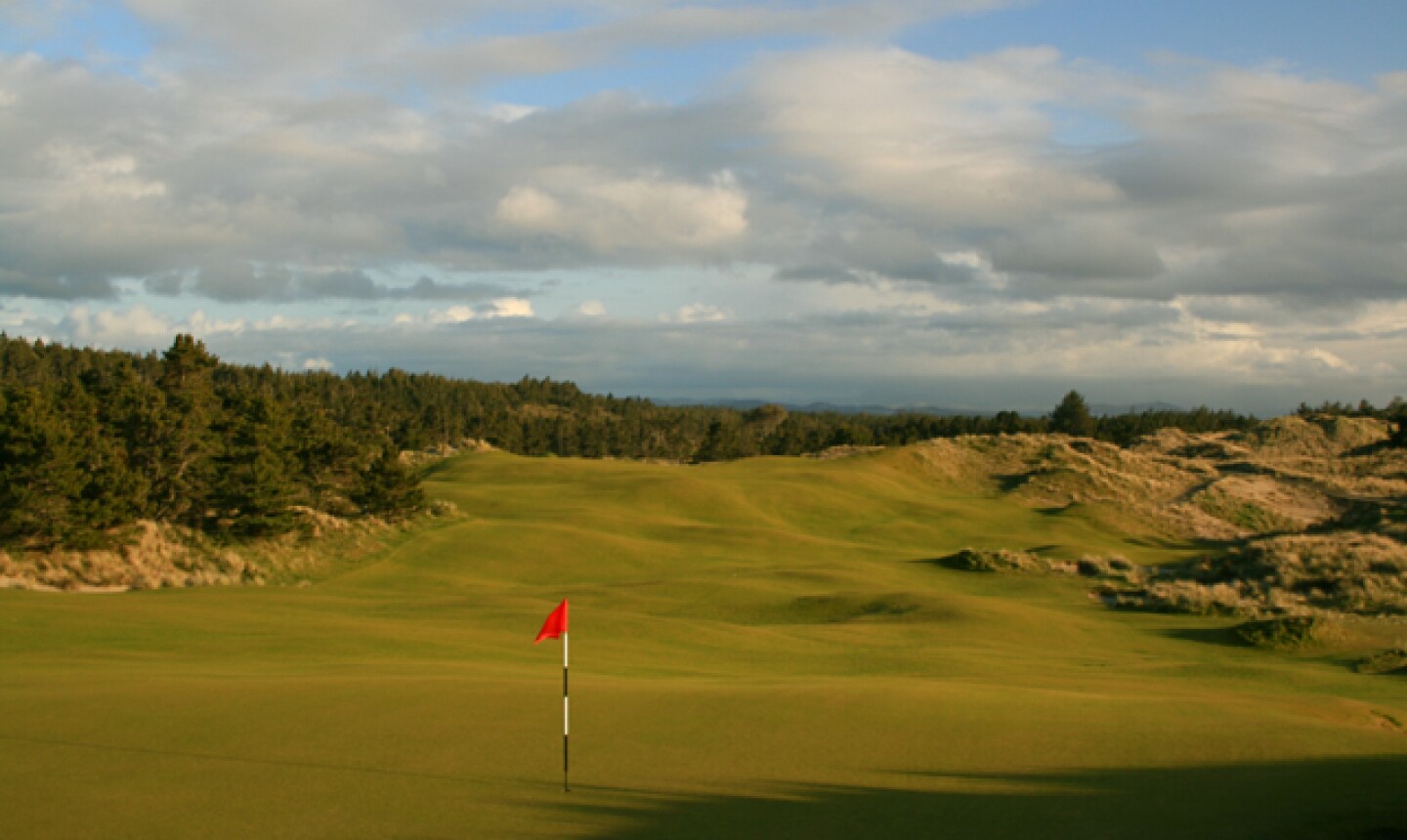 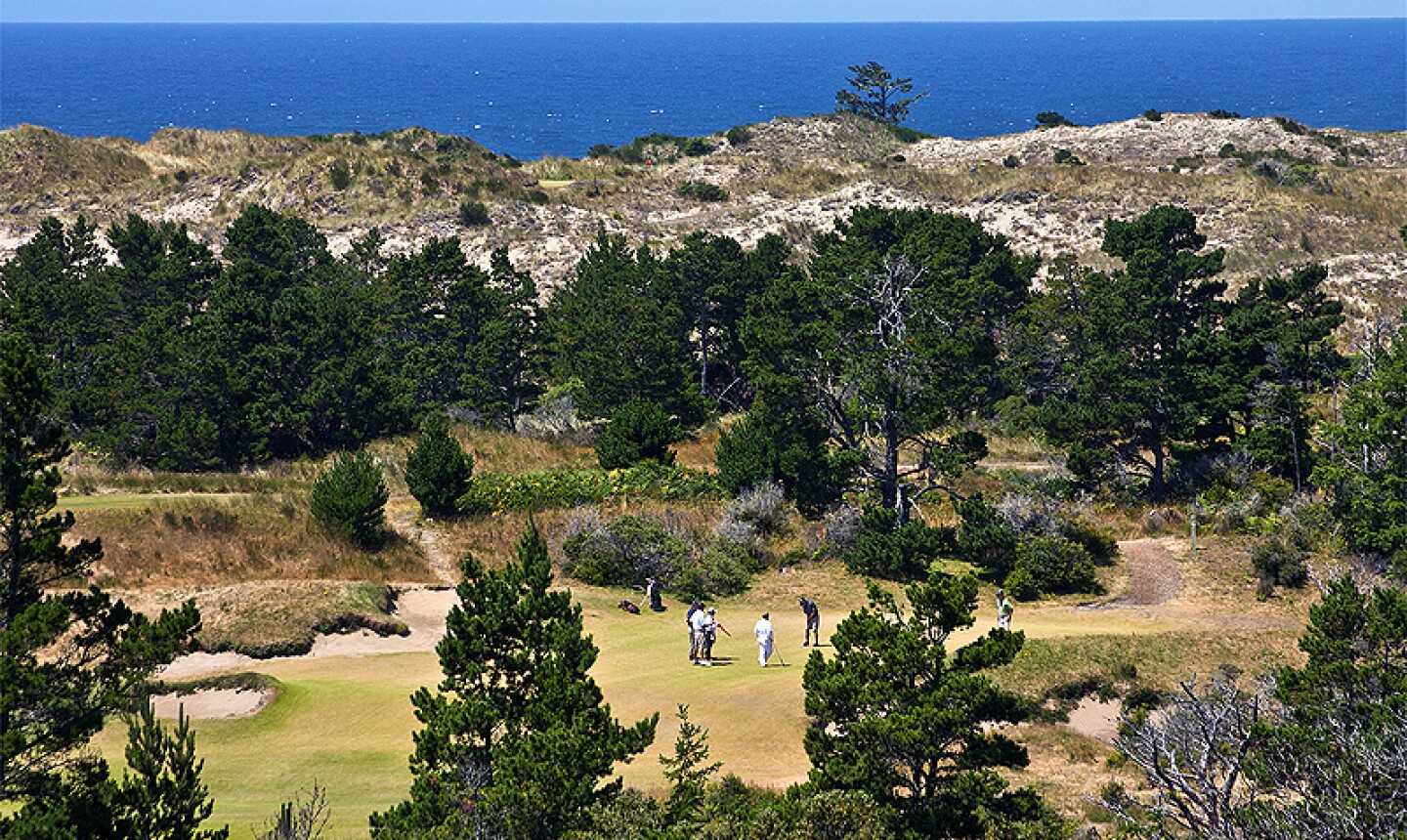 The par-3 17th green is surrounded by bunkers on the Bandon Trails course at the Bandon Dunes Golf Resort. Oleg Volovik/Golf Advisor 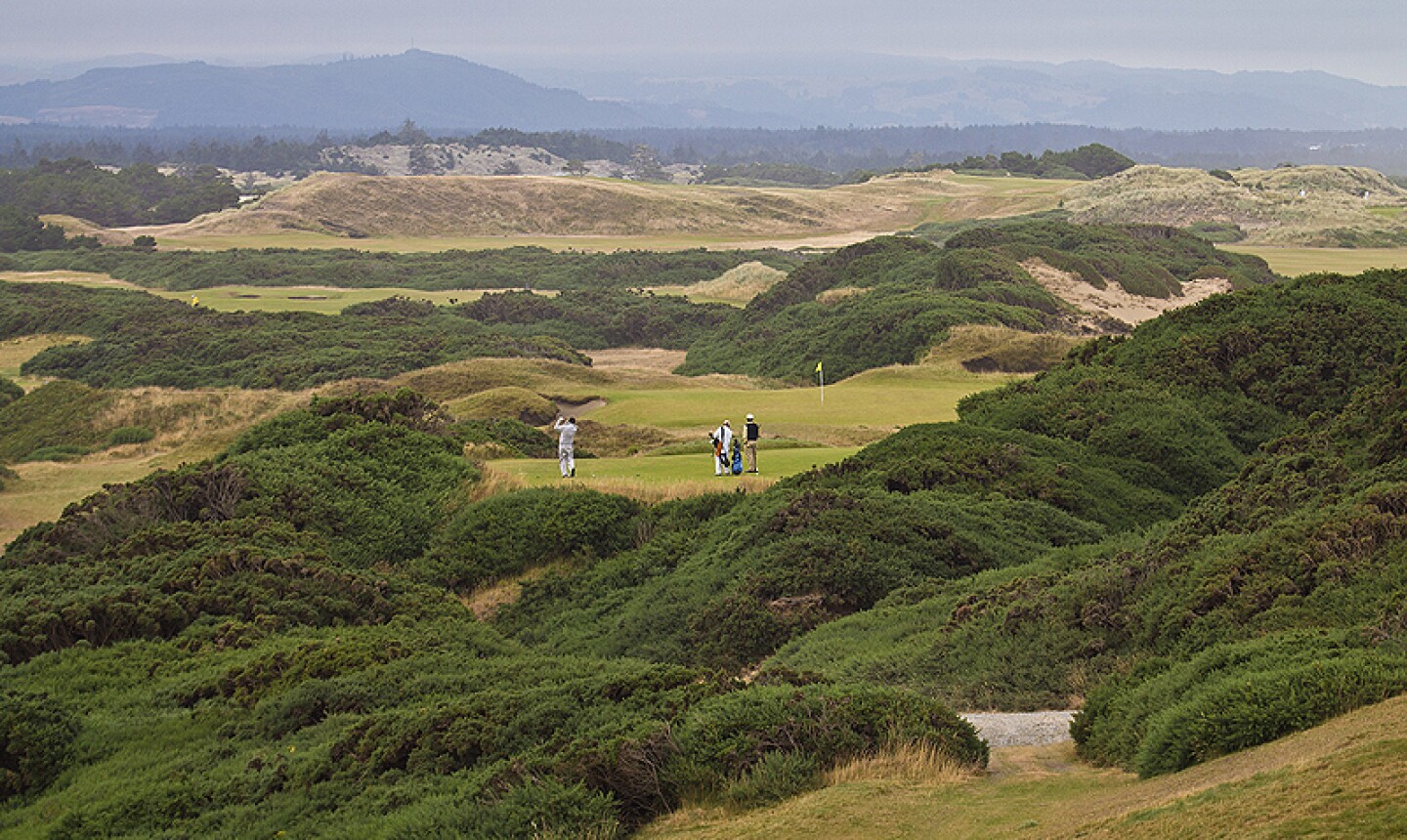 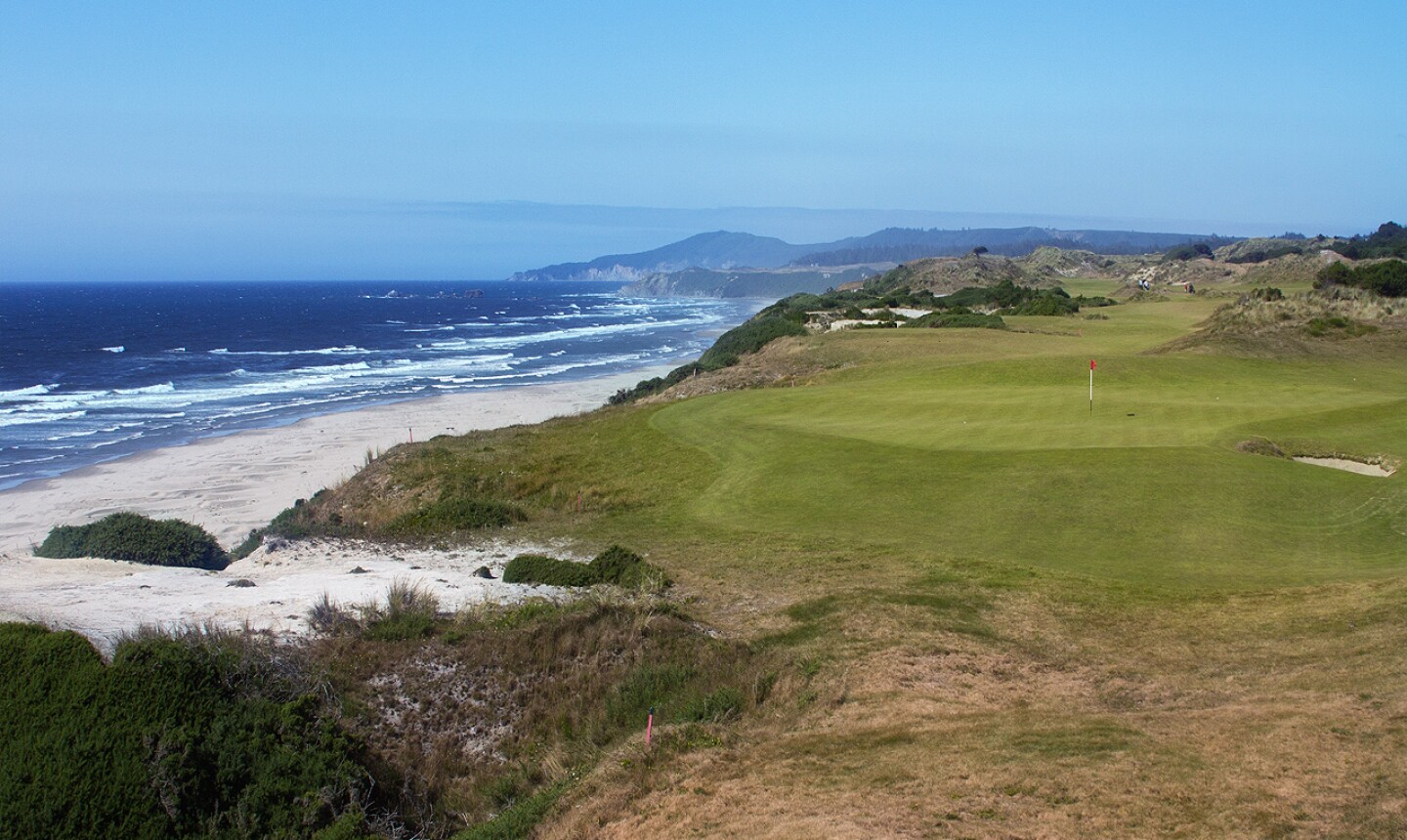 BANDON, Ore. -- For the past few years, I've tried to organize a trip to Bandon Dunes with my father-in-law and a few of his lifelong pals. They're avid golfers, but they're in their mid-60s now and have some physical limitations. Unfortunately, their window to visit one of America's golf meccas has probably closed, but I was in luck this year with the NCAA Championships only a few hours away, in Eugene, Ore.

Bandon is one of those places you hear about that can't possibly live up to the hype. You know what I'm talking about: It sounds almost too good to be true -- the courses are too pure, the weather too unpredictable, the setting too spectacular. Then you actually get there, and your impossibly high expectations are somehow exceeded.

Since we were in the Pacific Northwest for work, we needed to cram as much golf as possible into a three-day span. After arriving in the late afternoon, we headed over to the Preserve, the 13-hole course that offers views of the ocean. Though you need only a few clubs -- I didn't hit any iron longer than a 9 -- it's unlike any par-3 course I've ever played. They are familiar holes, with scraggy bunkers and wild, sloping greens, but on a miniature scale -- some holes were 70 yards and required just a flip wedge. Our two-hour tour was the only time we truly got a taste of the volatile weather here. One hole, I was warm, peeling off my light jacket. A few holes later, there was an annoying, steady mist and it was blowing about 30 mph, into our faces. It's one of the few times in life when you can get soaked and still smile.

That night, we dined at the on-site McKee's Pub, and there was a wide selection of food and beer choices. It was obvious that the resort had dumped a lot of money into making their restaurants high quality, and it showed. There was no need to leave at any point during the trip.

Bandon Trails plays like a links course despite being located further from the ocean.

The next day, we had our first 36-hole adventure, with rounds at Bandon Dunes and Bandon Trails. We'll start with the original course, the Dunes. The holes on the water, as you can imagine, were absolutely breathtaking, and one of the most memorable par 4s I've ever played was the fourth hole there. It isn't a particularly long hole, the dogleg right requiring a hybrid or maybe 3-wood off the tee, and as you walk down the fairway toward your second shot, you turn the corner, around a dune and -- wham! -- there's the Pacific Ocean. It was quite an introduction.

We played from very manageable tees (about 6,200 yards) and didn't feel taxed at any point during the round. The winds were light, maybe 5-10 mph, and the turf was softer than usual, but you still could run up shots onto the putting surface. A solid round was derailed at the par-4 16th, which features a split fairway (tip: go up the left side, to avoid a blind approach), but capping off the morning with a 25-footer for birdie always helps.

In the afternoon, we headed over to Trails, which doesn't get as much publicity as some of its brothers because it twists and turns through the forest. The par-3s here are terrific, a fun collection of short and long holes, none more difficult than the 12th, which for us played all the way back, at 235 yards. (Made par!) What makes Trails such a treat is that it plays like a links course, with plenty of bounce and roll and undulation on the greens and in the fairways, but it also winds through towering pines. Visually, it's stunning, and it'd only be more dazzling with the leaves changing in the fall. By the end of a 36-hole day, our bodies were aching after a few significant climbs, but it was always well worth it once you arrived to the green. I cannot stress this enough: If you're planning a trip to this area, make sure Trails is on your list. It is a very pleasant surprise.

More: Matt Ginella's 10 things you must know about Bandon Dunes

Up next was a double dip at Pacific Dunes and Old Macdonald. I was giddy to play at Pac Dunes, after hearing all of the endless chatter from colleagues and friends. Even early on it was clear why it's the highest-ranked course at the resort, and one of the must-play courses in the country: It's just about perfect. Though it's short from the green tees (6,142 yards), it still plays plenty tough. There were 280-yard birdie holes and 440-yarders where you're simply trying to avoid double. You can reach all of the par 5s with two big hits. And the consecutive par 3s to begin the back nine? Well, you better have your camera handy.

One thing we noticed playing here was how precise you have to be with your iron shots. Typically, there is some forgiveness on a links course, where the ball can ride a slope and funnel onto the green, but Pac Dunes has some of the most dastardly greenside bunkers you'll ever encounter. Never was that more apparent than on the 16th hole, where yet another good round went off the rails. (Sensing a theme yet?) If you're only going to play one round at Bandon -- and seriously, why would you possibly do that? -- make sure it's at Pac Dunes. For lunch, stop at the Pacific Grill and order the Crispy Oyster sandwich. It is, no exaggeration, the best sandwich I have ever had.

Off to Old Mac for our afternoon tee time. This is the newest and, frankly, the least appealing option for golf enthusiasts at Bandon. It's not that it's a terrible golf course -- far from it. But there are too many odd design aspects that bump Old Mac, though visually dramatic, down to fourth on my list. Let's start with the greens. They're massive -- one of our caddies said they're the largest putting surfaces in North America, and I believe it -- and you could conceivably hit all 18 greens and four- or five-putt all of them. (Trust me, we basically did.) But that part doesn't bother me; the large greens reward good ball-striking and distance control. My biggest issue was that there were nine good holes and nine … well … not-so-good holes. Too often, it seemed, there were brutally long par 4s with greens that not only were elevated, but also had false fronts.

I'm not a short hitter -- my average drive is about 270 yards -- and with little wind, I was hitting driver-4-iron into several greens. Instead of having a playable putting surface to accept what are lower, less spinning shots, the greens here harshly penalized them. My playing partner wouldn't even bother going for some of the longer par 4s in two, knowing that he couldn't come close and would wind up in a closely mown area short trying to perfectly clip a pitch shot to an elevated green. Frankly, it's just too penal for the average golfer. There are plenty of cool holes, of course -- the third, seventh, eighth, 13th and 14th all come to mind -- but you can find better options at Bandon.

That night, we headed back to Pacific Dunes for 36 more holes -- only this time it was on the Punchbowl, the massive putting green with two 18-hole loops cut on wild slopes. Like the big course itself, the Punchbowl is an absolute must-play, especially if you have a cold beer and an appetite for competition.

In all, we played 103 holes (including the Preserve) in three and a half days, under clear, blue skies, with light winds and temperatures about 65 degrees, and it was one of the best experiences I've ever had playing golf. For interested first-timers, I'd recommend comfortable shoes, a camera, plenty of layers and a happy-go-lucky attitude, because everyone at Bandon -- from the starters to the caddies to the pro-shop attendants to the many, many visitors each day -- is there for the same reason: the camaraderie, the challenge, and an unwavering love of the game.

After returning home, my father-in-law was eager to see photos and videos from the trip. It proved to be torture. Reclining in his chair, he sighed, "I should have gone earlier.

Ryan Lavner
Ryan Lavner joined Golf Channel in 2012 and is a staff writer for GolfChannel.com. His main responsibility is contributing to the Golf Central blog, GolfChannel.com's most visible franchise. Before Golf Channel, Lavner spent more than two years at Golfweek, where he covered everything from the PGA Tour to junior golf. Lavner grew up in Canandaigua, N.Y., about 30 minutes south of Rochester, and graduated from the University of Georgia in 2009.
2 Comments

Hey Ryan-
Great insight! Thank you!
Question: how were you guys able to play Pacific dunes & Old Mac... & still play another round of 36 holes at Pacific Dunes that same day?
Also...is "punchbowl" another course or just part of the Pacific Dunes course?
Thx so much!

It's just a putting course next to Pacific Dunes. 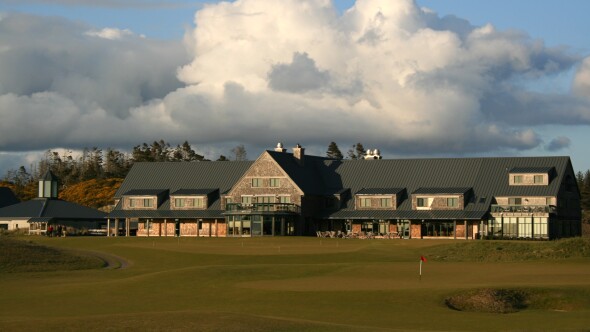 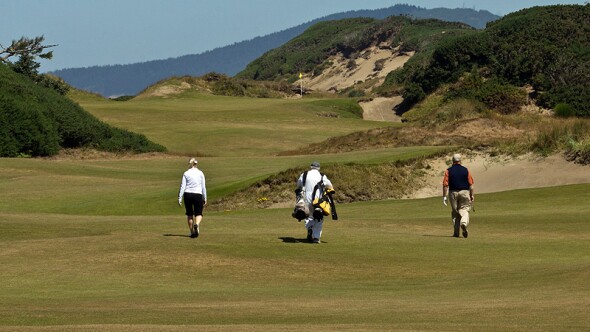 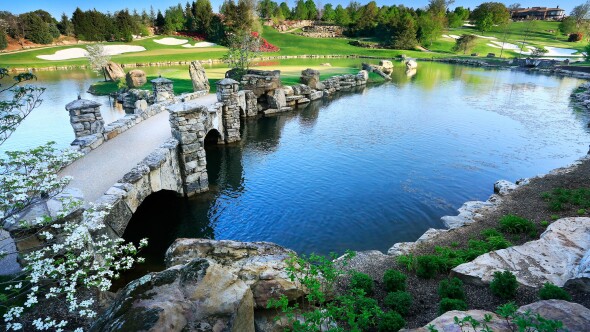 Articles
The 10 best public par-3 golf courses
Mike Bailey takes a look at the top 10 par-3 courses in the U.S. open to the public, including Palm Beach Par 3 in Florida, Threetops in Michigan and Bandon Preserve in Oregon.
1 Min Read 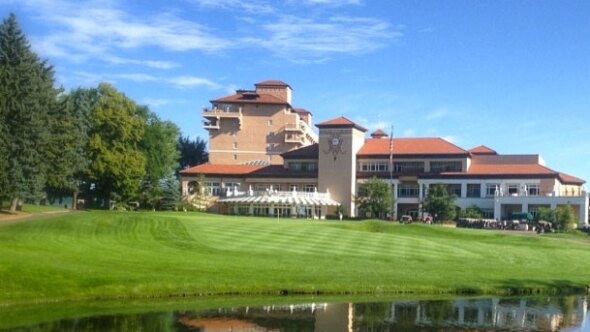 Articles
2015 top 50 courses you can play in the U.S.
From courses in Hawaii to Florida, Matt Ginella has handpicked the following 50 courses as the finest in the U.S. in 2015.
3 Min Read 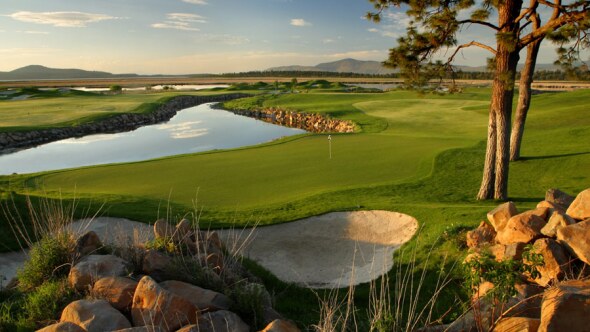