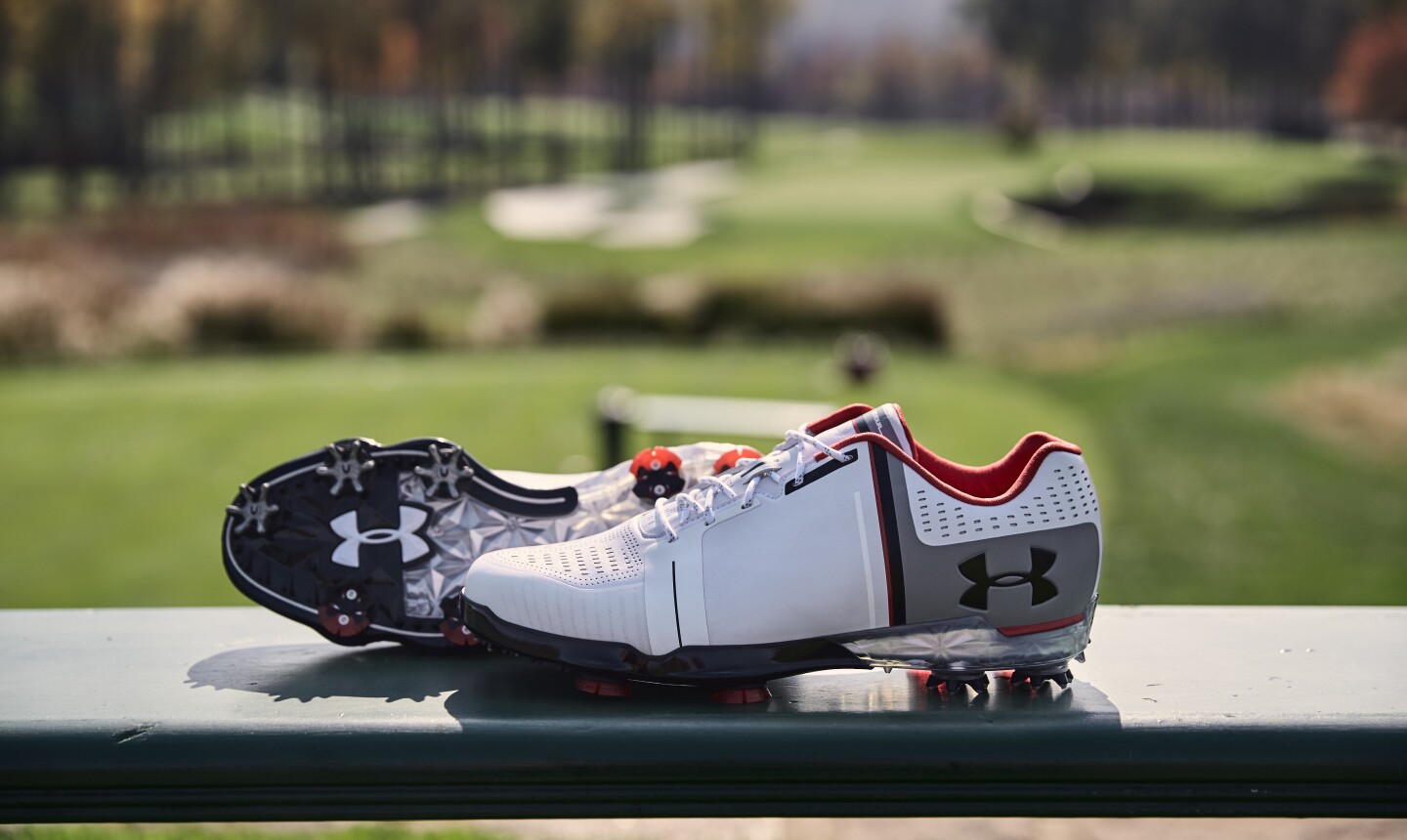 Jordan Spieth's namesake Spieth One golf shoe is the second shoe offering from Under Armour. Courtesy of Under Armour Under Armour debuted Jordan Spieth's first signature golf shoe, the Spieth One, on Jan. 17 in Tokyo. Courtesy of Under Armour 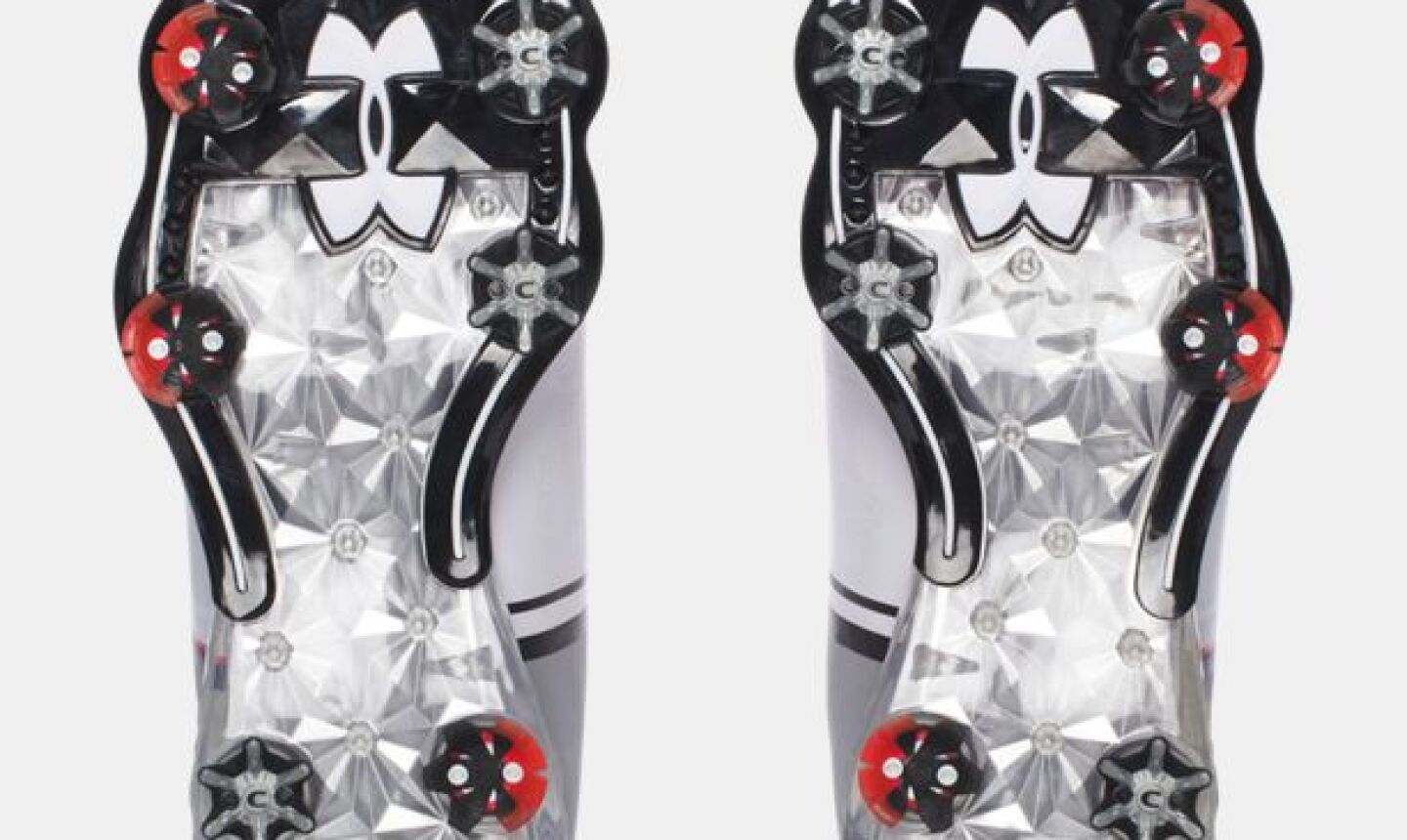 Under Armour struck gold when it signed Jordan Spieth as its first golf endorsee. I'm sure even the folks at UA didn't foresee Spieth winning two majors, and shortly thereafter rocketing to world No. 1.

Now UA is banking on Spieth's name, charisma and talent to generate demand for a new line of Spieth signature UA gear. On Jan. 17, Spieth and UA unveiled the star's first signature golf shoe, the UA Spieth One ($200). That gala event was held in Tokyo, followed by similar festivities in Seoul, Los Angeles and Mexico City.

The UA Spieth One is clearly built on the bones of UA's first golf shoe, the Tempo Tour, but with significant upgrades.

Playing in the UA Spieth One Golf Shoe

UA's first golf shoe, 2016's Tempo Tour, provided great support, but it was a bit heavy and very stiff. While walking my first 18 in them, I suffered some pretty bad blisters on my heels.

The Spieth One is more flexible and noticeably lighter. It's still not anywhere near the lightest or most flexible golf shoes on the market, but what it lacks in these characteristics it makes up for in stability. While the toe portion of the sole is more supple than its predecessor, the heel portion is rock-solid. Adding to the composition of the sole (which looks like it was adapted from a super-hero costume) are two different types of soft spikes to provide both rotational freedom and lock-down traction simultaneously.

The UA Spieth One model I tested was a special Japan edition, with a cool little Japanese Rising Sun flag on the tongue (and a custom carrying case, which is really gorgeous). But for all the pomp and circumstance, all the flash and fanfare, all the design and style expertise, what I was most interested in was how the shoe would feel after walking 18 holes. That's always the test.

The first day I put the Spieth Ones on, I noticed that the one-piece waterproof leather upper was a bit narrow. I don't have very wide feet, but these shoes were nevertheless snug across the top and sides of my feet.

To be honest, I noticed this tightness over the first few holes, but then either got used to it or they started stretching out a bit. And, happily, I experienced no blisters and no soreness post-round. So the next weekend, I wore them again to see if they had indeed stretched a bit, and to see if I could replicate the blister-free walk.

Sure enough, the tightness was much reduced (though still snug), and there was no hint of blisters. But best of all, I cannot recall any pair of golf shoes I've ever tested that provided a more stable, balanced platform during the swing. Those technologically advanced soles really do the job.

Under Armour Spieth One golf shoes: The verdict

Under Armour has a winning combination in Jordan Spieth and his eponymous flagship golf shoe. We'll see if the partnership will be as successful as Nike's groundbreaking Tiger Woods signature line, TW, but initial signs look promising.

One thing that should be noted is that the Spieth One is made in China, as are most golf shoes. But one might wonder whether any plans are being made to move production to the U.S., given than UA's CEO, Kevin Plank, has praised President Donald Trump's economic platform of bringing back jobs from overseas. It seems like it would be a PR slam-dunk to actually produce the all-American Spieth's signature shoes here in America.