Course Challenges Include:
Bunkers 11
Elevation Changes 10
Undulating Greens 9
This course/club is great for:
Locals 8
Advanced Golfers 7
Wildlife/ Scenic Views 6
This Course's Location is:
In the 'Burbs 10
Worth the Drive 7

u125167545
Played On 10/05/2021
Reviews 7
Skill Intermediate
Plays A few times a week
I Recommend This Course
4.0
Verified Purchaser
Previously Played

Always seems that with a little effort this course could be top notch. But hey, it’s October.

Tanglewood has gone downhill this year.

I've played this course twice this season. One in May and now this past weekend. The conditions in May were bad but it was a wet spring so I gave them a break. On Saturday, they were worse during a very dry period.

Problems - the fairway and rough look basically the same both in condition and height. Honestly, if you have to look hard on each hole to tell the difference. Many holes had multiple areas of mud fairway (#10 is a great example). The teeing areas are beat up. I had to laugh seeing fertilizer spread on wet dirt on tees. Greens were OK but again, there were multiple areas of dirt. Much worse than other public courses. The final straw is how they let their "members" do basically anything they want to do. On Saturday, we made the turn to find two foursomes waiting at the #10 tee. We are a traveling league so there was one of our foursomes ahead of us, and three behind. The Members were having an outing and wanted to squeeze between us. Then another group drove right across the teeing area on #12 WHILE WE WERE HITTING BALLS. No wave, no waiting until we teed off. They just cruised on by us. I almost wish that we had plunked one on them.

The course layout is great. This could be a fantastic course. Obviously, the ownership doesn't want to put any money into it.

Hi, thank you for reviewing the course. Let us first start by apologizing for the poor experience you had during your visit. Your feedback about the course is important to us. We are working to get everything up to par. We have projects ongoing to recover the fairways and greens. The current condition is by no means the standard we strive to achieve. We are going to escalate your feedback to our team so we can make improvements before your next game, and we will continue to work towards an excellent experience by using your comment for guidance. Thank you for playing Tanglewood Club. We hope to see you again soon.

Thanks for taking the time to leave us a review. We see you rated the course 2-stars and are interested in learning what we can do to improve for your next visit.

Thank you for reviewing us. We see you rated the course 3-stars and are interested in learning what we can do to improve before your next round. Feel free to comment on this review or reach out to the team in the golf shop. We always appreciate the feedback. Thank you for playing Tanglewood Club, and we hope to see you again soon.

Paper scorecards and no pencils?

The layout is great but too many fairways are like civil war battlefields. The course could be 1st class with some drainage and clearing out a few trees. The grreens rolled well. It is supposed to be a "resort" course but you have paper scorecards and no pencils? As much as I like the layout, I doubt I will be back

We appreciate you taking the time to review the course and rate us. Please bear with us as we work diligently to make improvements. We hope you'll give us another try in the future.

Hello. Thanks for taking the time to leave us a review. We see you rated the course 2-stars and are interested in learning what we can do to improve for your next visit.

course could be really good if some money were to be put into greens/cart paths and some fairways looked like Afghanistan.
Played with a couple and sister and had a blast

We appreciate you taking the time to review the course and rate us. We are going to pass on your feedback to the team. Thanks for visiting Tanglewood Club, and we hope to see you again in the future.

Our round took nearly 6 hours!!!! We finally saw a Ranger almost 4 hours in but that was worthless. More than a couple of the fairways were almost unplayable due to drainage construction Apparently the course is for sale and it is obvious that nobody is willing to invest any time, effort or $$$. It's a shame, Tanglewood used to be one of the best clubs in the Cleveland area.

We appreciate your dedication to playing our course over the years but are very sorry to hear your recent experience with us may have been poor due to the course conditions.

We greatly value your feedback as we work towards any necessary improvements and hope you will notice some of these improvements during your next round with us. Thank you for choosing our course, and we hope to see you again soon.

We appreciate you taking the time to leave us a review. We would love to know how we can earn those last two stars next time! Thanks for playing Tanglewood Club.

Course played like a rock. Bare spots in every fairway and we’re huge. Tee boxes were graveyards and unkept. A good groundskeeper could really change this place around. Would like to see improvement all around. If you pay full price avoid this place at all costs

Good Morning! Thank you for taking the time to review us, and for the 3 stars. We're sorry to hear the course may not have been in the best shape on the day of your round, and we appreciate your feedback regarding the greens so may work on any necessary improvements. Thank you for choosing to golf with us, and we look forward to seeing you again soon.

I played here years ago and it was in much better condition. The tee boxes need some love and the fairways are spotty but the greens were great and rolled true.
Not sure I would drive an hour to play this again.

It’s was my first time playing this course and right off the bat there were incorrect signs for where the pro shop was. Next I grabbed the scorecard and there are no pictures of the links on it, which makes it almost impossible to play a hole correctly without some form of reference. There weren’t any layout maps in the pro shop either. Their website had a picture of all 18 whole but it’s wayyyyy outdated and was useless. Then I went to warmup and the practice, the green was fast, not a problem, now I know their holes probably have mostly fast greens….False. Their greens are slow. After that it was again difficult to find the next hole to play because there are no signs or arrows anywhere. Their T- Boxes are a disaster on some holes. There are no distance marker throughout the holes either. And lastly all 18 holes and a cart was not even worth it with the deal I got in which I paid $10 less than normal which is $42. At best this is a $20 round of golf.

Thank you for reviewing the course. Let us first start by apologizing for the poor experience you had during your visit. The current condition is by no means the standard we strive to achieve and are working diligently to improve the course. Thank you for playing Tanglewood Club. We hope to see you again soon.

My experience at tanglewood

Course is obviously not kept up with. The fairways were cut terribly and also had a ton of mud puddles scattered on every hole. The greens rolled horribly and were very inconsistent. Not only that but when my group made the turn we ran into their league where 20 people were waiting on the tee box. Ended up replaying the front nine but overall this was the most disappointed ive ever been in a course

Hi, we appreciate you taking the time to review the course and rate us. We understand your frustration with the construction projects underway. Please bear with us as we work diligently to make improvements. We hope you'll give us another try in the future. Thanks for choosing Tanglewood Club.

This was my first time playing at Tanglewood. The course beautifully laid out in the Chagrin Falls hills and features some holes around the lake. My only criticism is that some of tee boxes weren’t in the best condition and the few bunkers I found around the greens were lacking sand. But it was an enjoyably and challenging course. I would play here again in the future. I would recommend a cart to get around the hilly course. 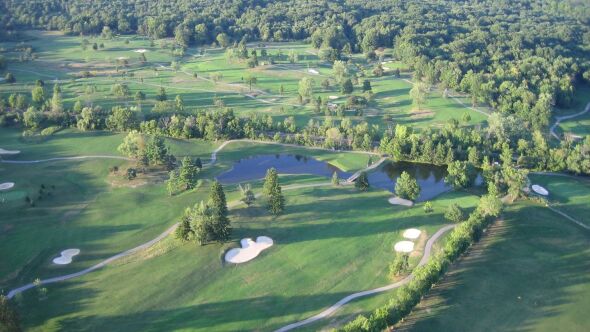 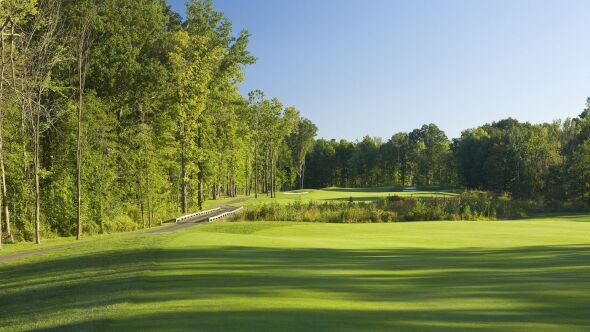 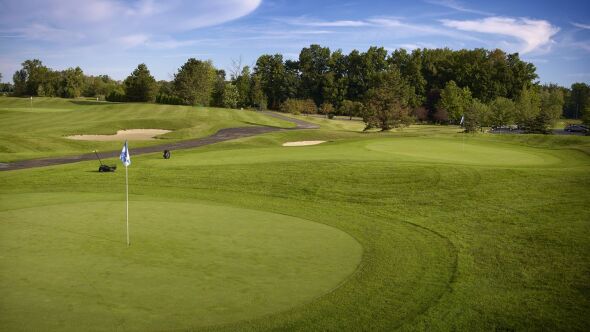 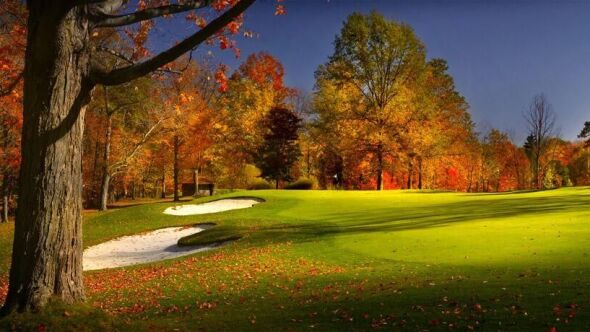 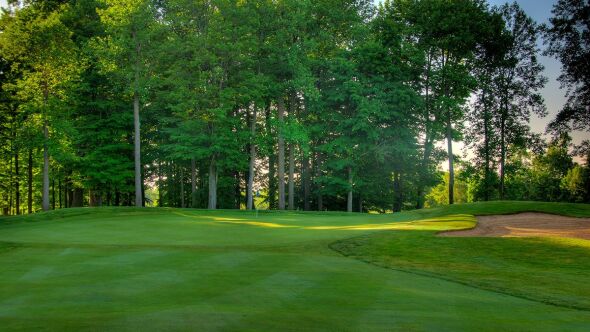 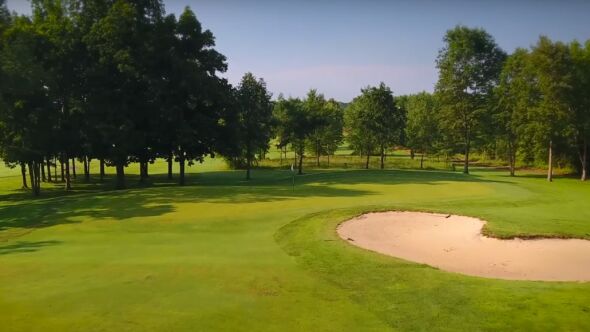 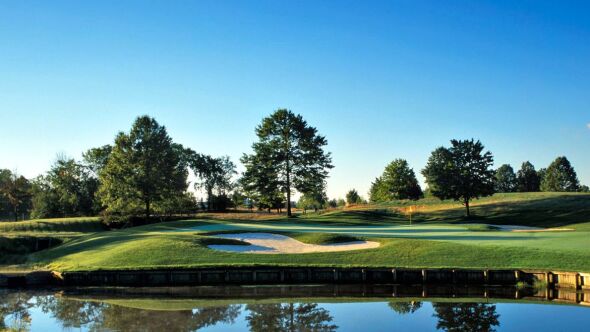 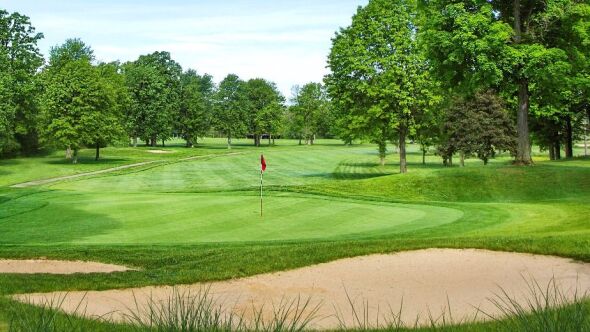 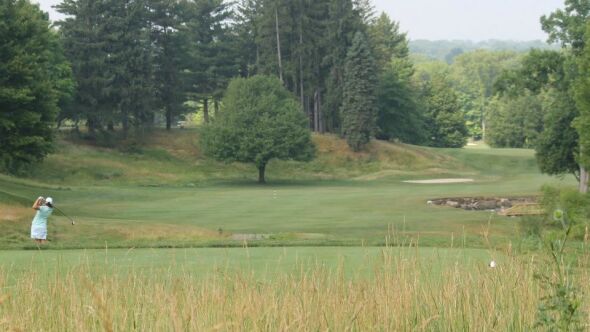 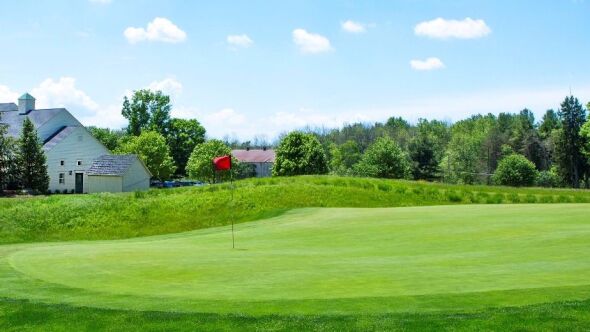 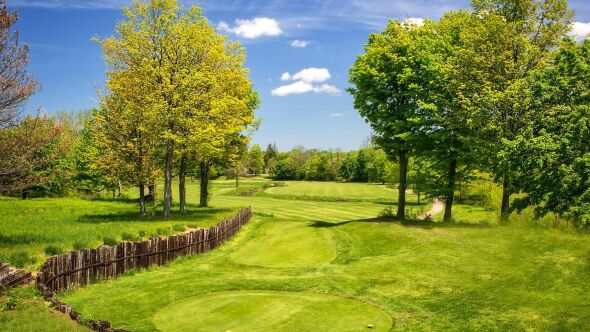 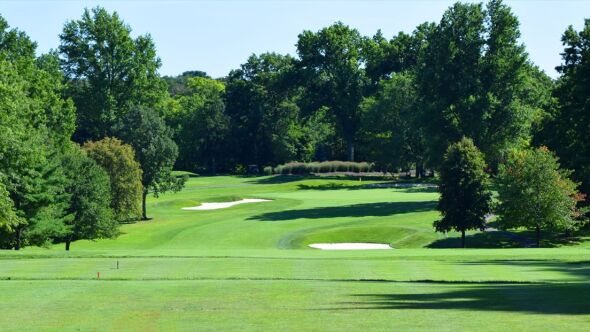 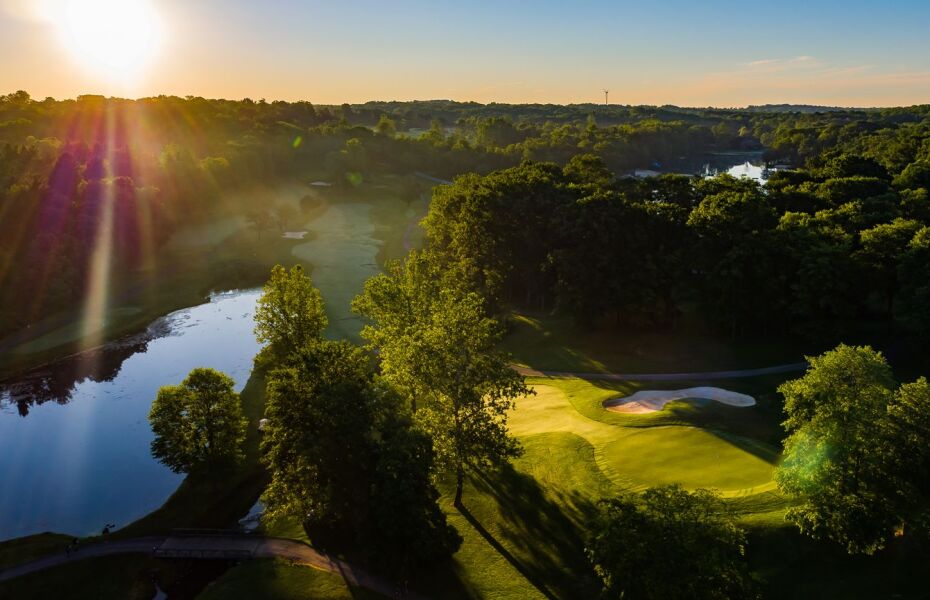 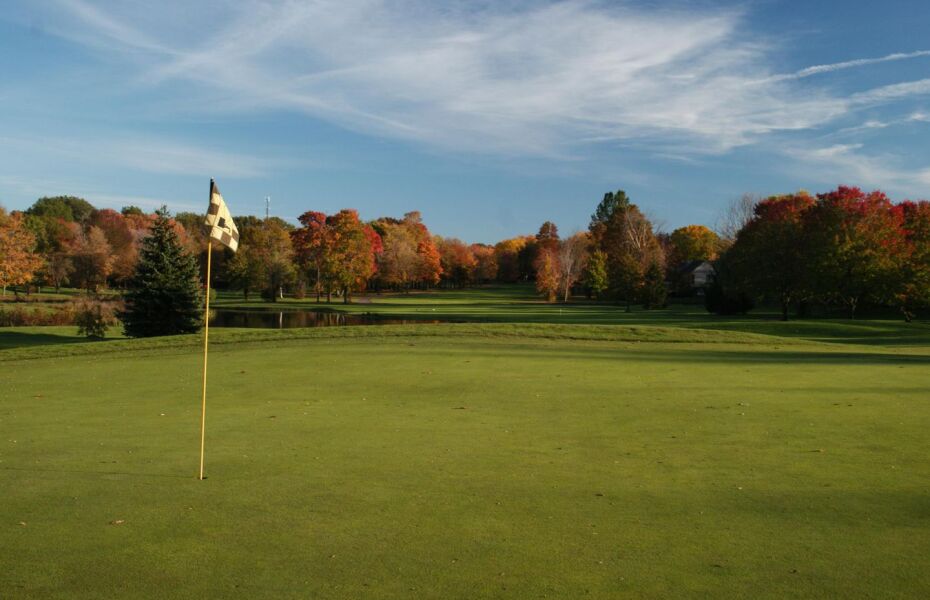 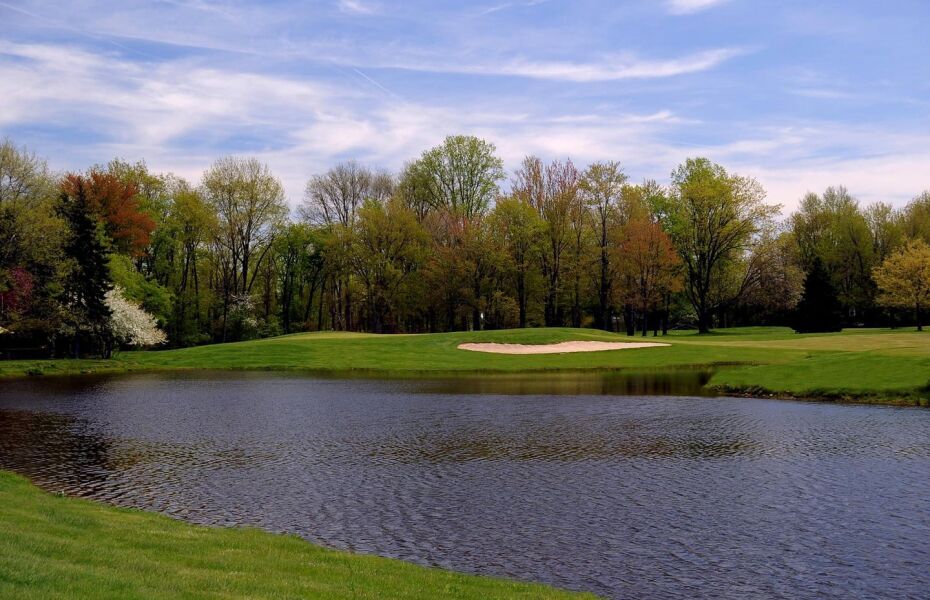 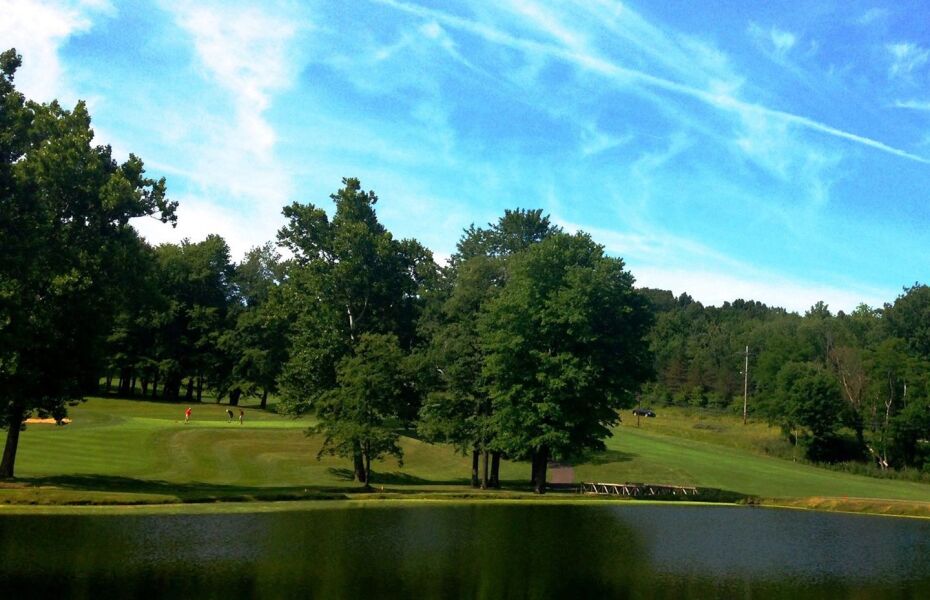 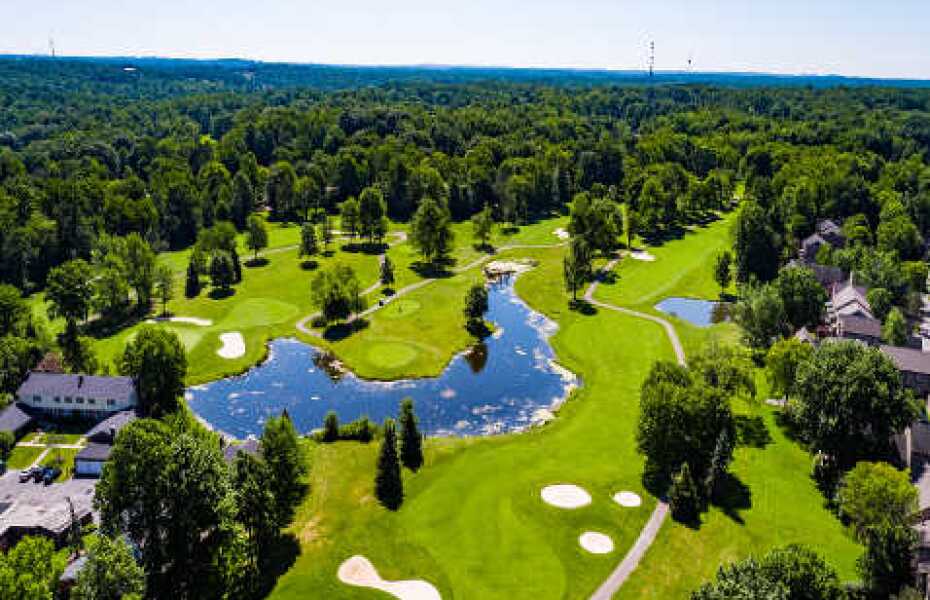 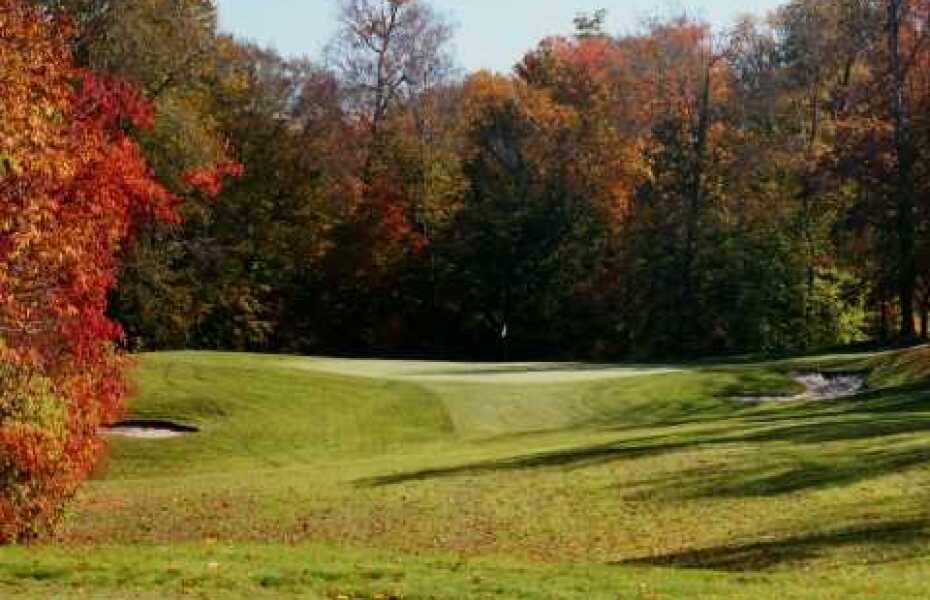 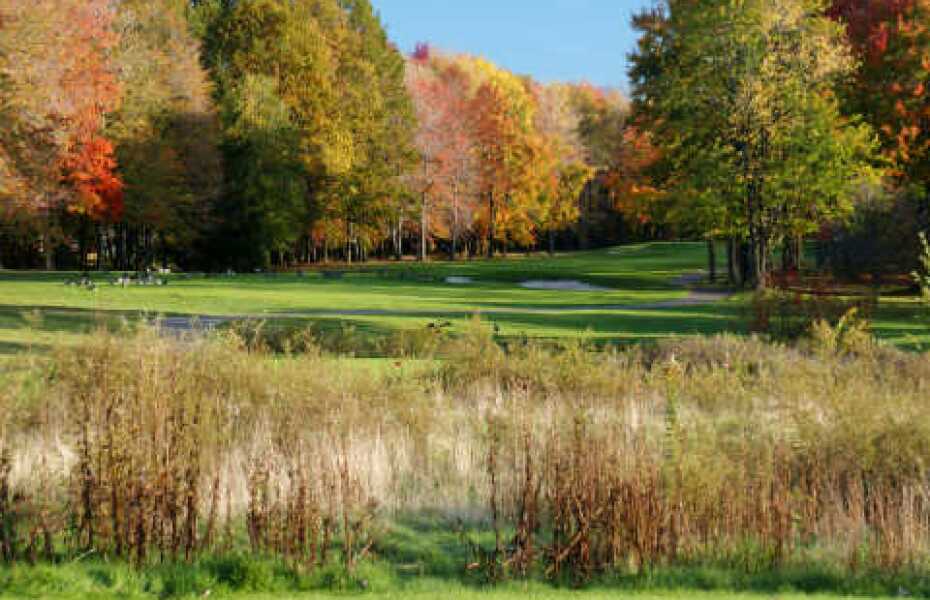 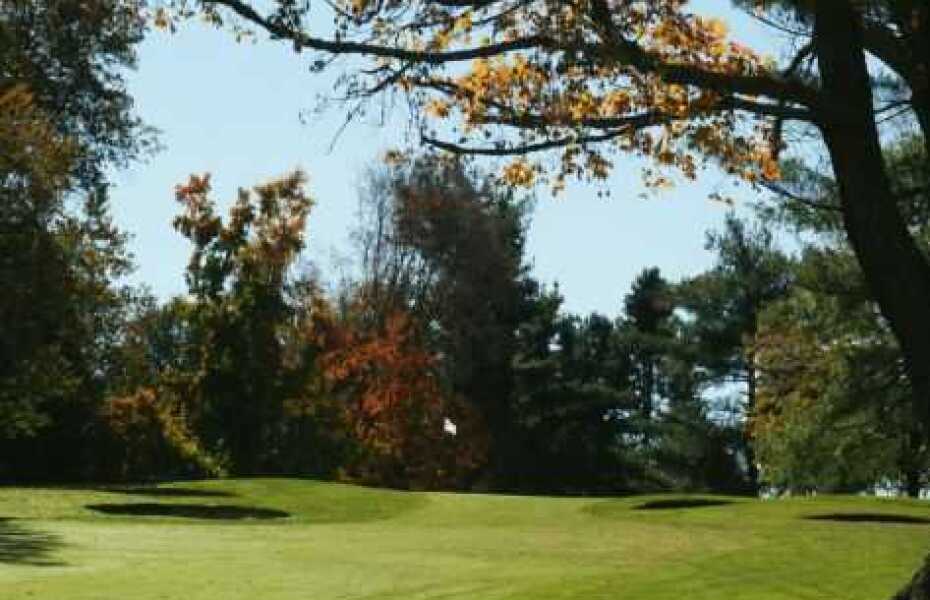