Lots of good views of the Shenandoah Valley at this course! Use an iron off the First Tee! Good conditions and a reasonable price. If you are in the area take the time to play this course.

A Secret in the Mountains

This is a little treasure in the mountains!!! If you are in the area, YOU HAVE TO PLAY IT! The cost is a super value! If you have time, play it twice and the 2nd round will be easier.

Pretty Good Course, If You Know About It

I wasn’t even aware this course was a public daily fee course until I stumbled across it in a GolfStyles magazine last week. I called them up and sure enough, even if you aren’t staying at the nearby Caverns resort, they still offer $40 18-hole and $20 9-hole rates, including cart.

There aren’t a lot of courses in the area to compare to Caverns but the closest and most direct comparison would be Shenvalee golf resort. Caverns only has 18 holes but it’s a lot less crowded, the course is in nicer condition, and the scenic views are nearly as good as its New Market competitor.

The conditions at Caverns is the first thing you notice as you start playing. The greens are semi-fast and very smooth, putts roll true with plenty of break and are the most challenging aspect of the course. The bunkers have nice beach sand that’s not too fluffy. The fairways and rough are well-maintained and even on a hot summer afternoon when I played, there were few if any burned-out areas in play.

The layout here is nothing extraordinary or breathtaking but it isn’t devoid of imagination either. The aforementioned bunkers are scarce but strategically placed, adding thought and planning to many of your shots off the tee. That said, the course from tee-to-green doesn’t play all that difficult. Most of your shots are laid out in front of you with only a couple blind shots. The fairways roll up and down the hills (some quite drastic in grade) making distance a bit of a challenge to eyeball. The rough can get dense in places but is kept quite short so you won’t lose many balls here.. There are a few forced carries from the two back tees but beginners will find the course inviting from the gold tees up front. The scenic views of the Blue Ridge mountains and the novelty of the small cave opening on hole 1 add to the character of this course.

I didn’t stay long before or after my round to fully appreciate the off-course amenities but they appeared to be fairly standard. The staff was fairly minimal but friendly and the pace of play was excellent for a holiday weekend afternoon. Without the option of a GolfNow discount, the $40 greens fee is about average for what the course is; Shenvalee is admittedly a better value overall but I just liked this course more. I’ll probably come back later this year or next and play again and I recommend it to others in town as well.

Kurtzdevelop
Played On 10/01/2016
Reviews 2
Skill Beginner
Plays Once a week
I Recommend This Course
5.0
Previously Played

I play this course at least 3 times a month, when I'm in town. I have played PGA courses. Very close, as far as course conditions. All for $28.00 a round, with a cart. Don't know how they do it.

Rainy morning, guys were in the club house waiting for the mountain rain to clear. What followed was an unexpected 3 hour round on a hilly course. This course had the darkest green greens and were in magnificent condition. Every putt rolled well but it's hard to find a flat putt. This course has a lot of character with some serious elevation changes. The reason for the average ratings on conditions was the rough and tee boxes were in ok condition but he greens...... were amazing. The only thing better was the friendliness of the staff and the price. Bill was a great starter and a beer and pack of crackers was 3 dollars. When I finished on 18 I had a feeling of fulfillment, the course will take your mind to a distant place with its rolling hills and nice views. 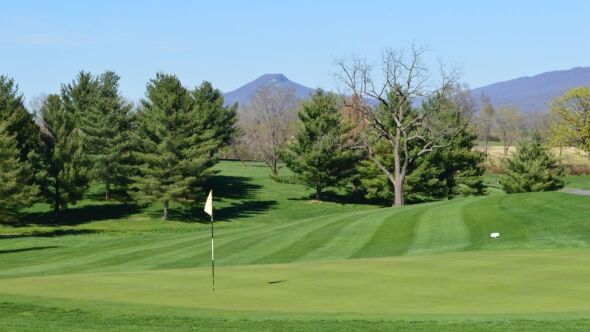 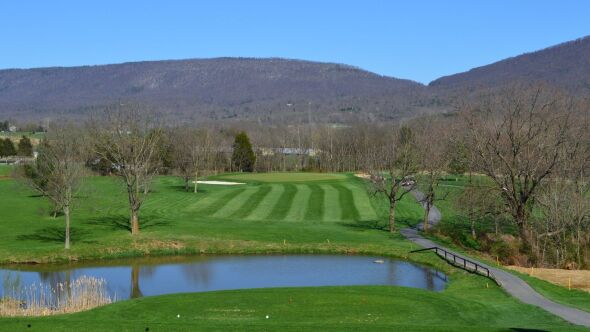 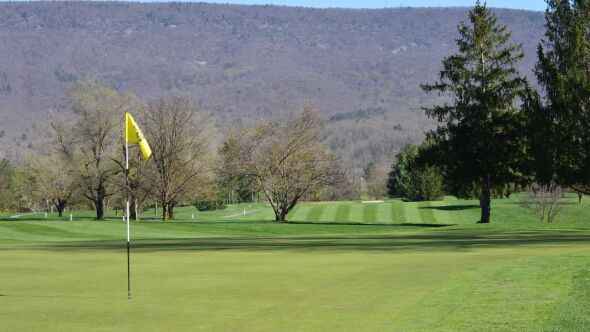 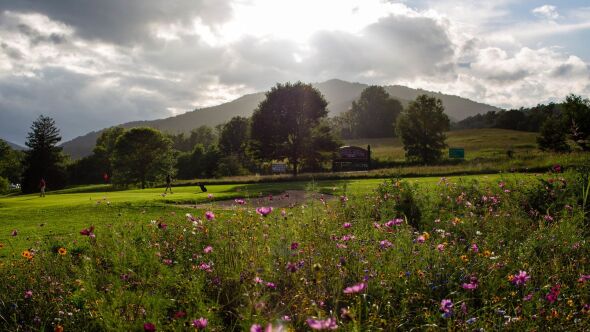 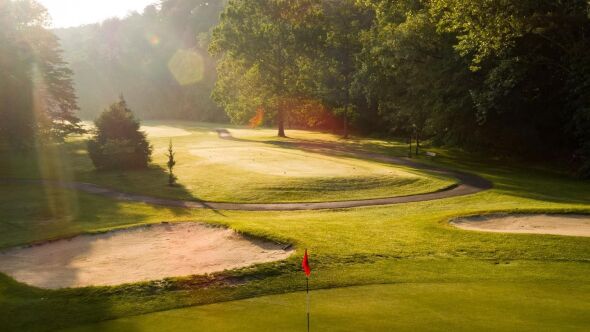 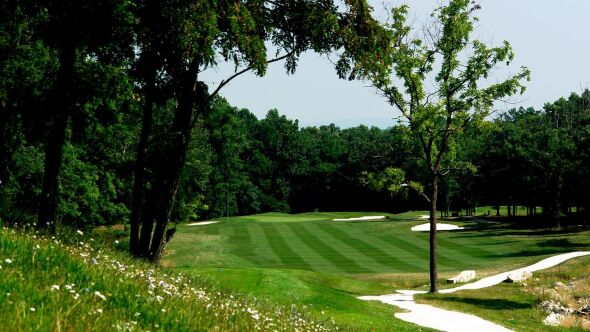 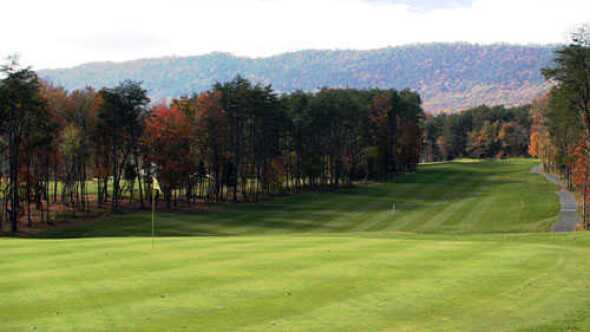 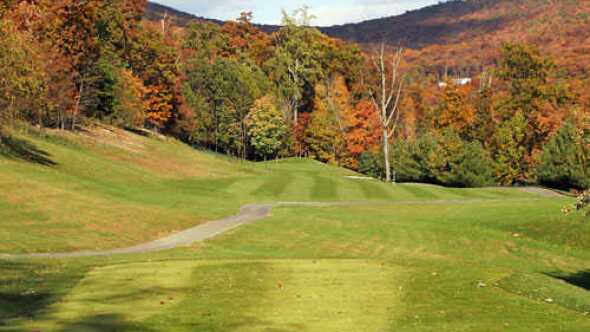 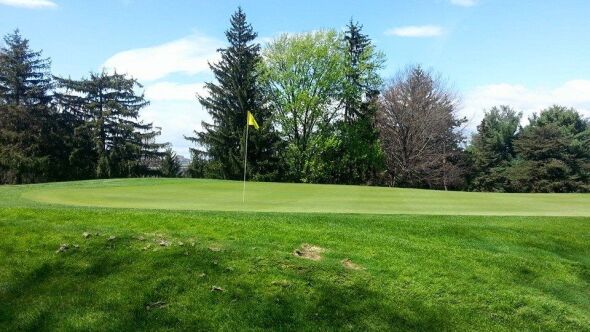 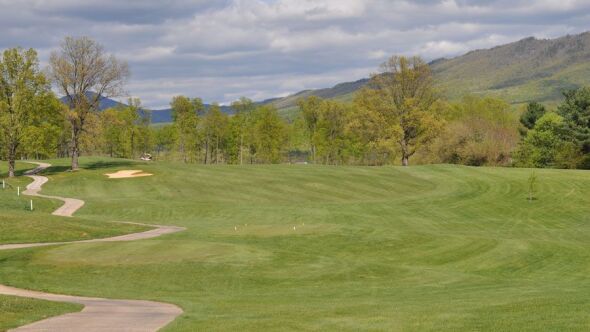 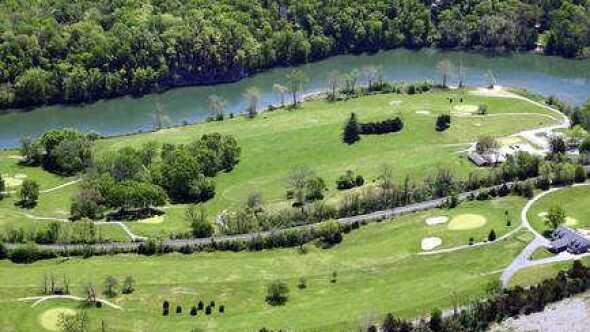 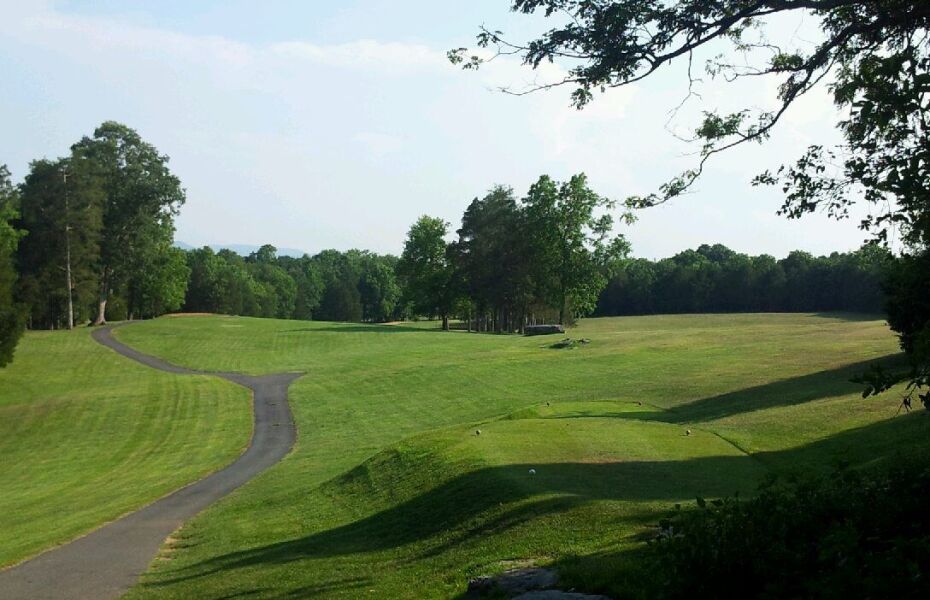 A view of a tee at Caverns Country Club & Resort. Caverns CC & Resort 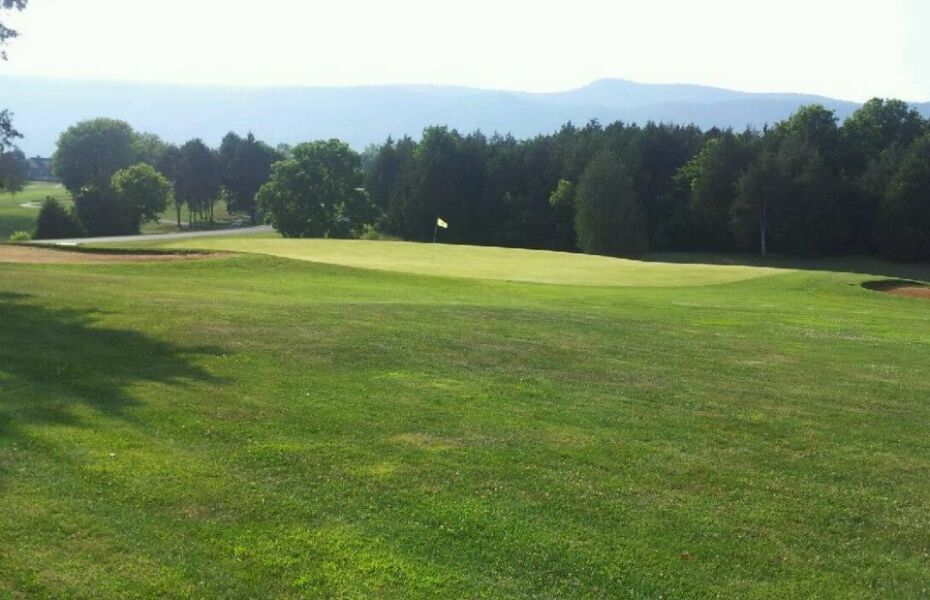 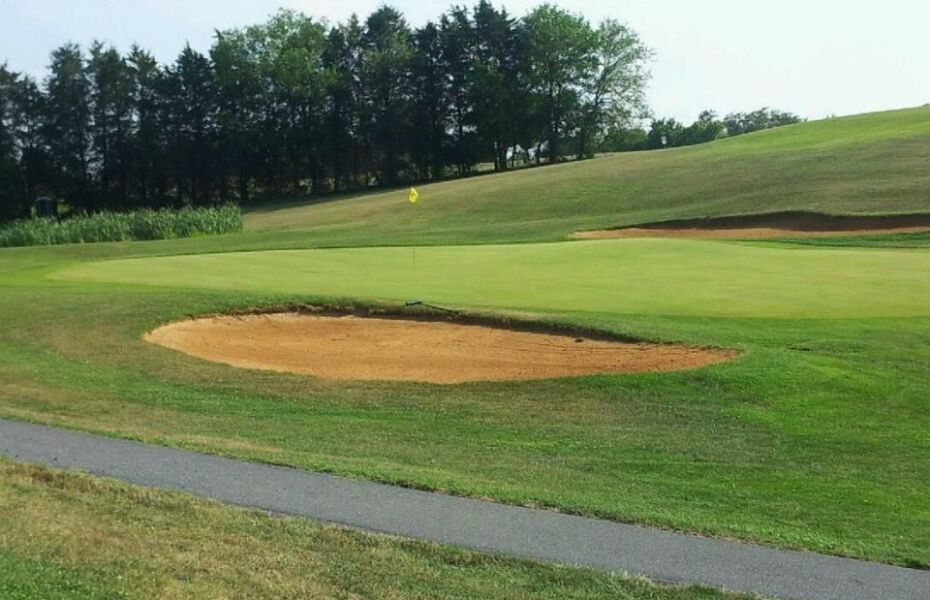